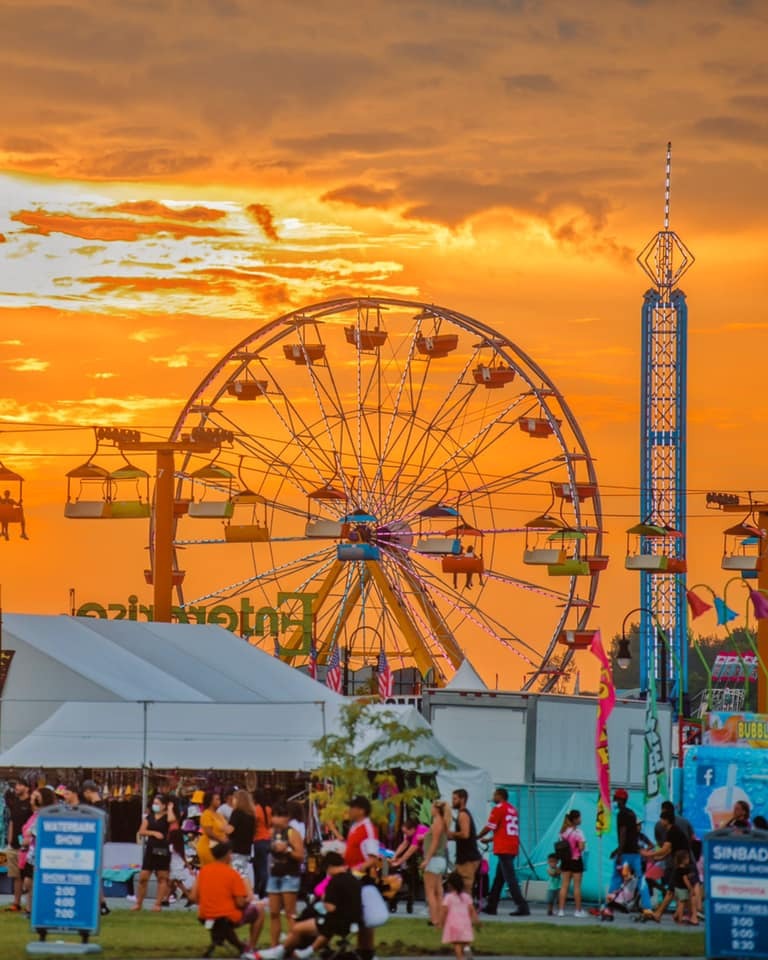 In 2019, following consecutive years of record breaking attendance, the Great New York State Fair expanded its run to 18 days, hoping to address the event's rising pre-pandemic crowds.  Due to Covid-19, and an August spike in the delta variant in New York, the extra days served to help spread out large crowds and make guests more comfortable.

COVID-19 has also caused economic difficulties, labor shortages, and dramatically abbreviated planning periods for many events and the State Fair was no exception.  The expansion fo the fair also exposed routing conflicts between the New York State Fair and other Empire State outdoor events, especially the Erie County Fair, whose dates overlapped with the extended state fair.  Despite these challenges, attendance reached 800,000, down from 2019's 1.3 million, but despite the attendance decrease, many revenue areas were up from 2019. 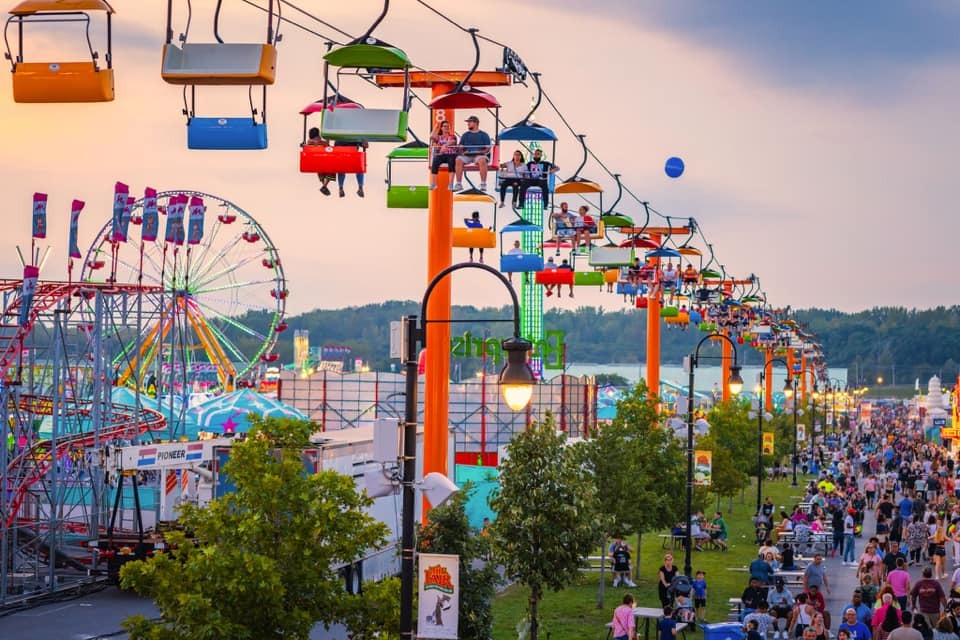 Days after the conclusion of the fair, which ends on Labor Day, new Gov. Kathy Hochul announced that the 2022 State Fair will return to the 13-day schedule. “The return to a 13-day event will allow for greater participation of fairgoers and vendors at not only the New York State Fair, but also at a number of the State's county fairs that had coinciding schedules.”

“It was a good experiment,” said Troy Waffner, Fair Director. “It didn't come as a surprise, and as a policy matter we were part of the discussion, but it's not our decision. The governor gave a very measured announcement and the fact is, for quality and profitability, 13-days is better.”

“I'm just lucky enough to be part of this great fair,” said Frank Zaitshik, Wade Shows, the midway provider for the event. “We were supportive of the fair going to 18 days and we are supportive of the fair going back to 13 days.  It was a bit more difficult to get opened (for the 18 -day event) because we didn't have the extra time, and this year the challenges were many. We also had some changes to the midway, because it was spread out more for better queue lines.”

Waffner was quick to point out that many factors contributed to the attendance decrease. “We had several days of rain and we had record heat indexes,” he said. “We had three days of temperatures in the 90s with high humidity. School was starting, and we didn't have the youth activities. The 4-H building was closed. The Canadian border was closed. In the parking lot I  saw no Canadian plates, and very few out of state plates.” 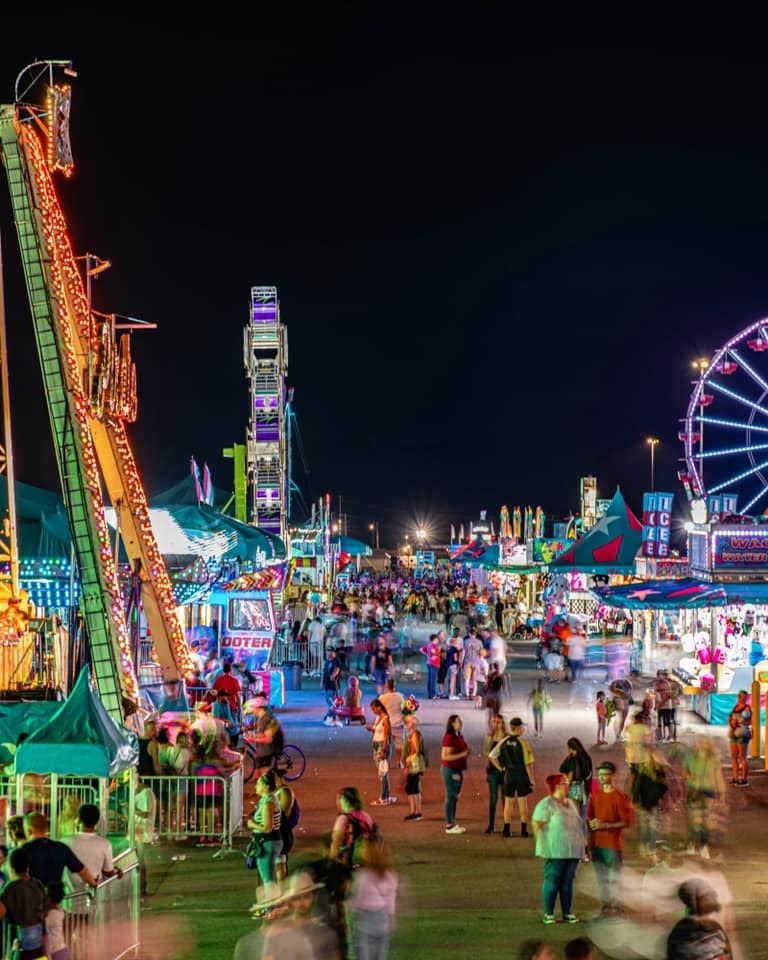 Marketing was also modified for this pandemic era event. The budget was $1.2 million, “which was larger, but proportionally the same because we added six days.”  $580,000 went towards production, and the marketing reach – bolstered by additional funds from the state's Department of Tourism – “was about the same, although we did more digitally.”

Marketing also had to overcome two different hurdles. The August fair was not officially given the greenlight until April, although at what capacity was not clear for several weeks after.  The fair eventually opened at 100 percent capacity.. Ticket sales were delayed, further shrinking the pre-fair marketing period.

“We also hired a new social media manager, who is more visually and video adept,” he added.

The tagline for the event invoked the public's desire to return to normalcy – Together Again! – “We wanted to find a way to refer to the pandemic without referring to the pandemic.  The main thing that people come to the fair for, besides the food, the music and rides, is to be with other people. [our surveys show] that 92 percent of people who come to the fair do not come alone. Our social media was showing this year would be one of the first big events anyone would be attending. The fair is a factor in people's lives.”

Waffner estimates that 75 percent of the entertainment was able to  rollover, from the exclusive shows at the fair's famous Pan African, Latino and Indian villages, to the nationally known grandstand headliners at the Chevy Court and Chevy Park stages. Five shows: AJR,  Nelly, REO Speedwagon, The Beach Boys and Train, ranked in the top 20 highest attended shows in the fair's 181 year history. 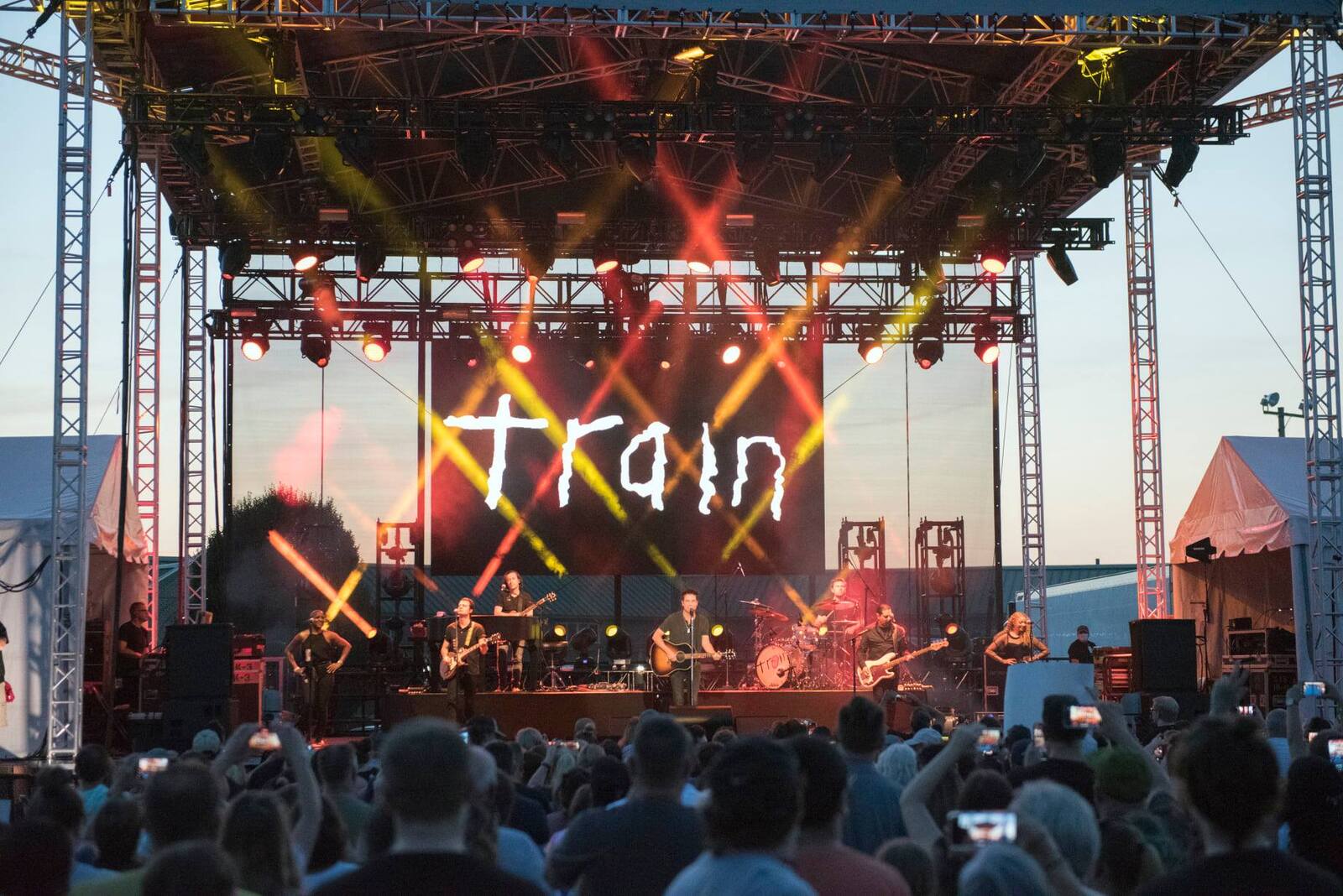 The Wade Shows Midway featured 55 rides, slightly down from 2019, according to Waffner. While the shortened setup period  and labor shortages might  have amplified initial stress levels, “once we got opened, the actual day-to-day operations were easier,” said Zaitshik. “We never felt that gridlock.”


Despite the lower attendance, midway revenue was on par with the 2019 fair and Zaitshik has noticed a pattern among the large fairs Wade Shows has played this season. “Attendance is down, but revenue is up,” said Zaitshik. “Everybody appreciates theses revenue upswings, but at the same time they're counterbalanced by other challengers and the inflationary environment of rising costs.” 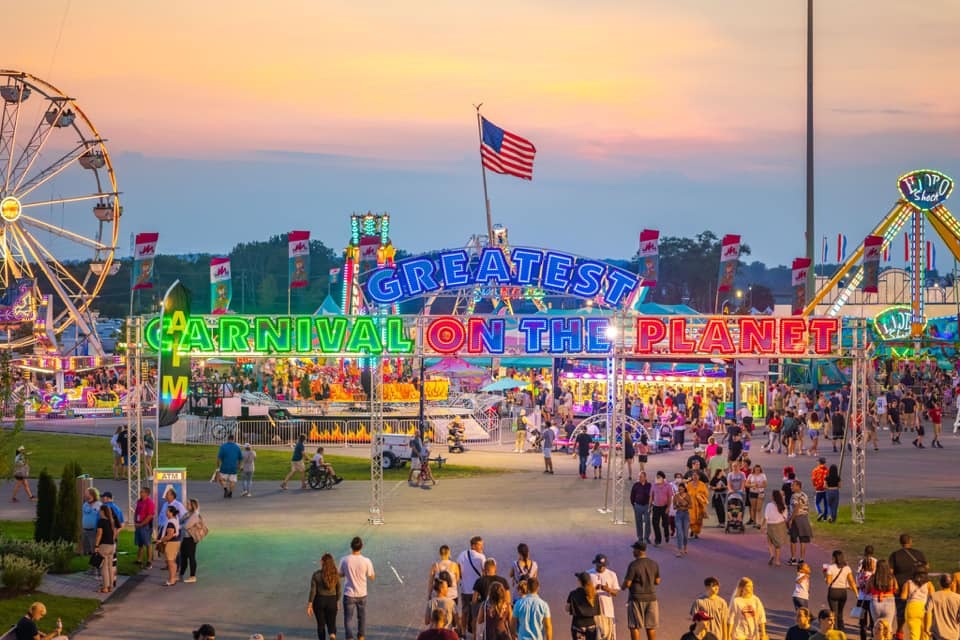 In spite of the complexities and frustrations of the 2021 fair season, Zaitshik is gratified to see genuine enthusiasm for the midway experience by fairgoers eager to be together again. “ Every place we've encountered,  people that are coming are loyal carnival people, they're the people who embrace the fair the most.”

In his ongoing mission to enhance the fairgoer experience through midway improvements,  Wade Shows created two Purchasing Plazas – basically grouping self-service ticket kiosks  and  Guest Relations booths well as other amenities together. “We also added more kiosks,” he said. “We're not only saving on labor costs, but eliminating seller input errors. Instead of having them spread out in five or six different locations, we made them into two areas.”

Food & Beverage sales were up 5 percent over 2019, and the shorter planning window actually had a positive effect on the fair's renowned cuisine selection. According to Waffner, food contracts are annual agreements, not multiyear deals. But instead of the usual 12 months to assemble all the vendors,  fair organizers only had 60 days,

“They waited as long as they could, but I think this rapidly diversified our food lineup,” he said. “ We were able to bring in more diverse foods, have different cultures represented. We had two vegan stands this year. There's something very appealing with these new ethnic foods because most importantly, it represents who we are as a New York fair. We had a really good lineup this year.” 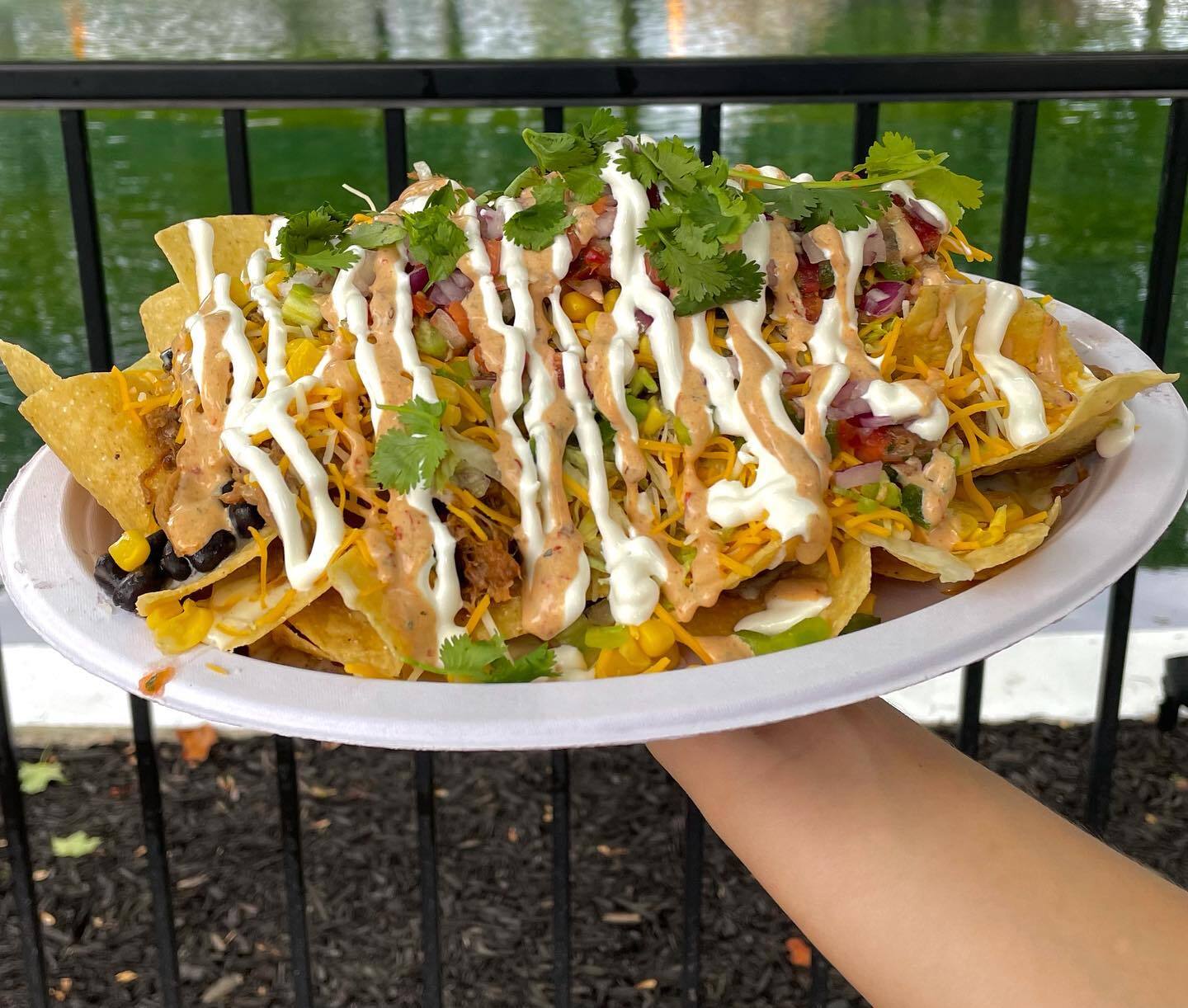 Were there any hot sellers or new cuisines trending among fairgoers? One standout new vendor seemed as much about presentation as product –  Coco Bongos, a two-story bar serving frozen Margaritas and other related adult beverages with an island flair.

Even in the best of times, fairs are hard work to plan, organize and implement. This year, with COVID-related issues – New York was considered the epicenter of the outbreak – plus the 18-day experiment – the New York State Fair was more challenging than ever. “The most important thing is that we got it opened, and we opened safely, it was not a super-spreader event and guests had a good time,” said Waffner.

Did the fair meet his expectations? “I expected a lack of sleep, and my expectations were met!” 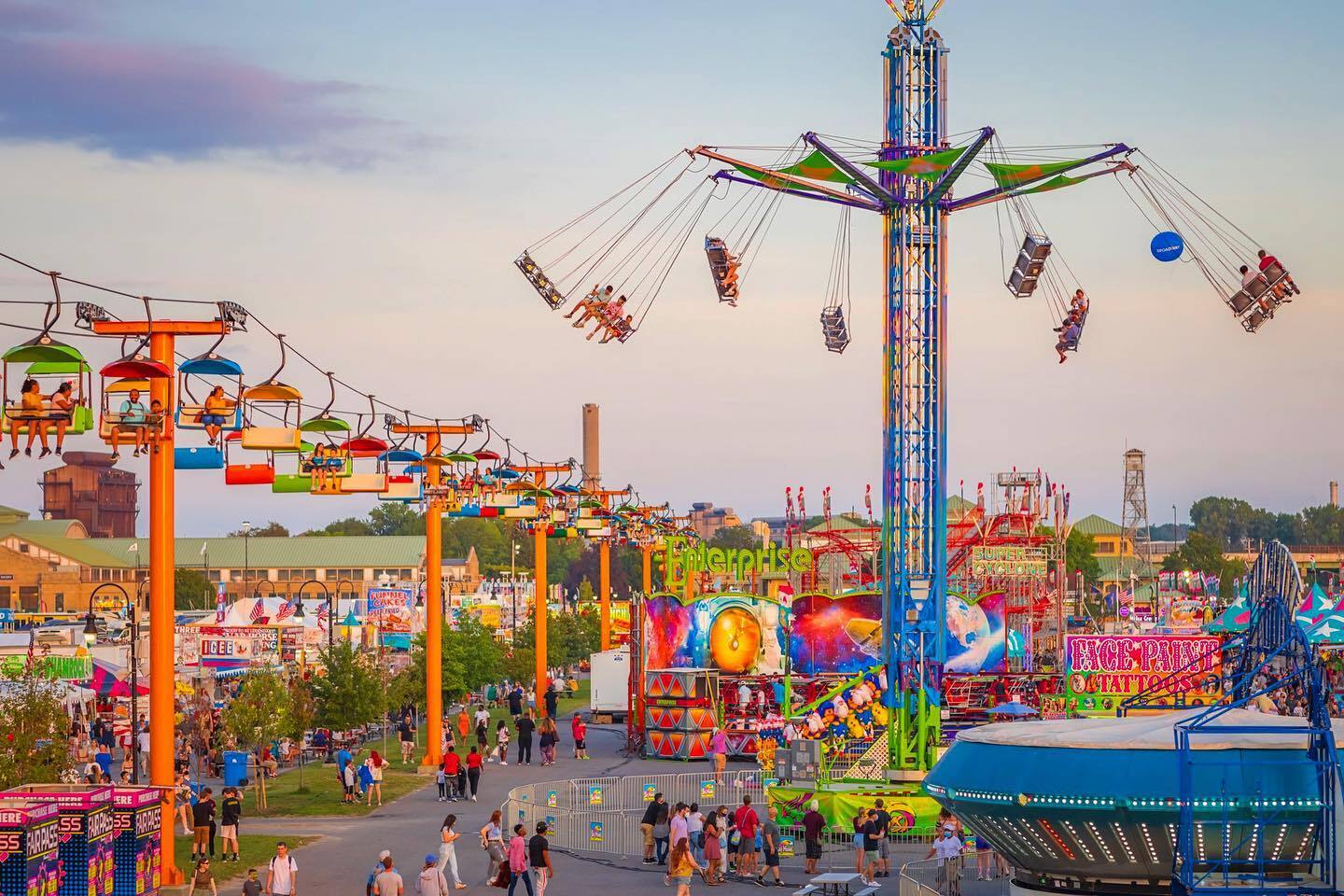 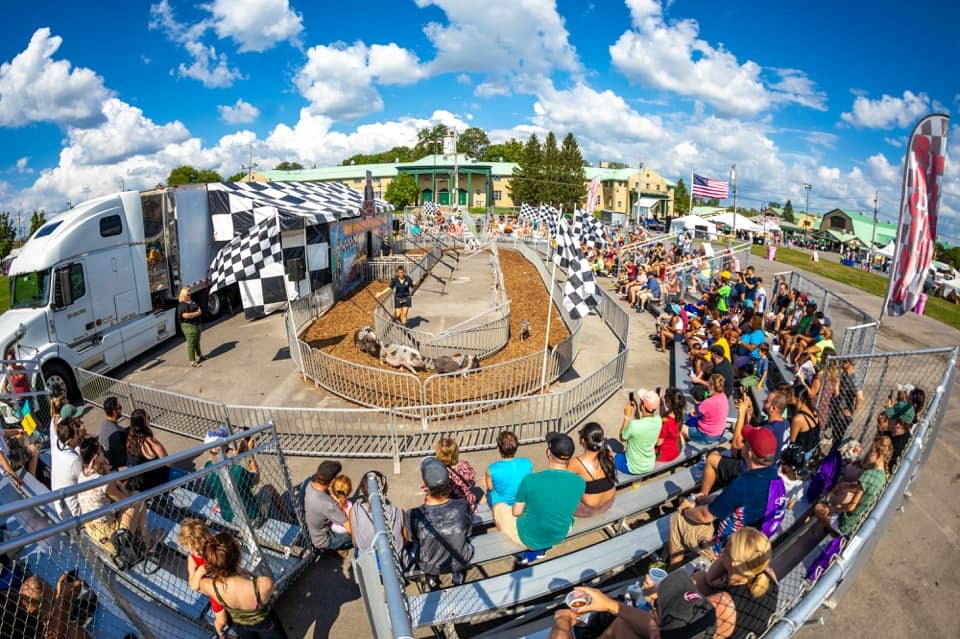 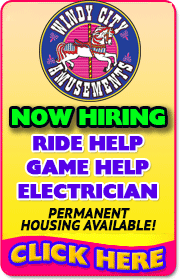