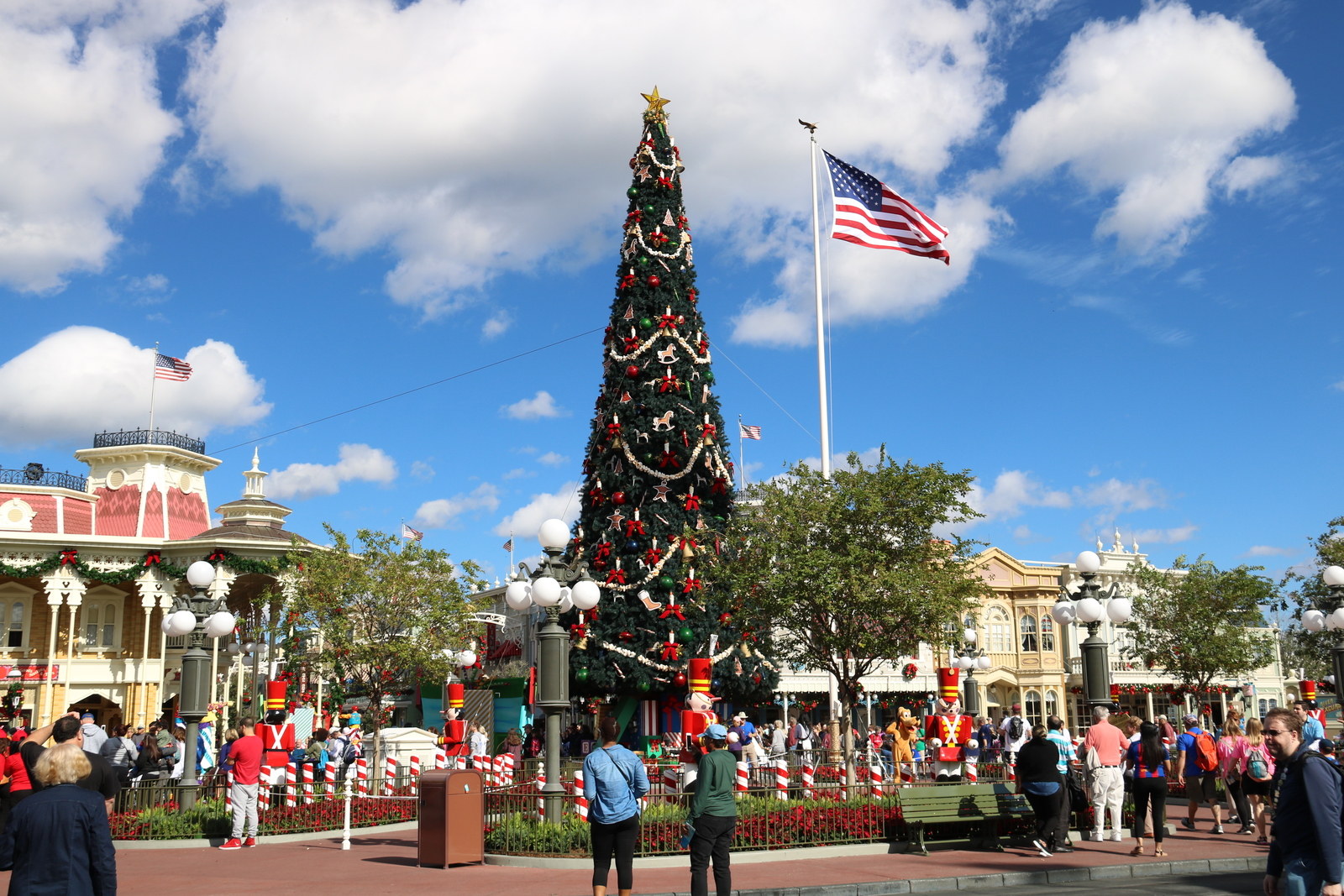 For kids wanting a pandemic-respite, and parents looking for a little holiday spirit, Santa's Village in SkyPark, Calif., is preparing to provide both, as are other holiday attractions across the U.S.

Santa's Village follows strict adherence to both state and CDC guidelines, screening staff members and requiring all guests and staff over the age of 2 to wear masks, except when dining. There are now many hand sanitizer dispensers as well as hand washing stations throughout the park, including locations by each attraction and food location.

Attendance at the park is limited, and social distancing markers are in place; with enhanced cleaning schedules, and contactless payment.

With everything in place for safety, starting November 21 and running through January 10th, the park will offer attendees a visit with Santa – by reservation, and without photos. Guests claim a “Dash Pass” at Santa's House when they arrive at the park, and receive a set time to meet Santa. Guests may need to arrive early, as the park is not guaranteeing a private meet-up time. However Santa makes a nightly appearance in the Village Promenade area of the park.

The personal Santa visit takes place in a fireside setting with both Mrs. Claus and Santa; guests can also check  to drop off “want lists.” The park has also set up a glowing and icy “North Pole.” Other attractions include an ice skating pond set up at the park's Silver Bells Arena; rental skates are available for guests. Night skating will be available on select evenings.

Other entertainment offerings include outdoor stage entertainment such as The Wacko Show, a magic presentation that includes a monkey puppet;  and the SkyPark Puppet Theater, as well as a Yuletide Pop Up character meet and greet.

The outdoor performances and character appearances will seat guests at socially distanced intervals and require guests to stay masked at all times.

Shopping and dining experiences are also available for the holidays. And other outdoor activities, such as the mountain biking activities the park offers, will also be on tap. 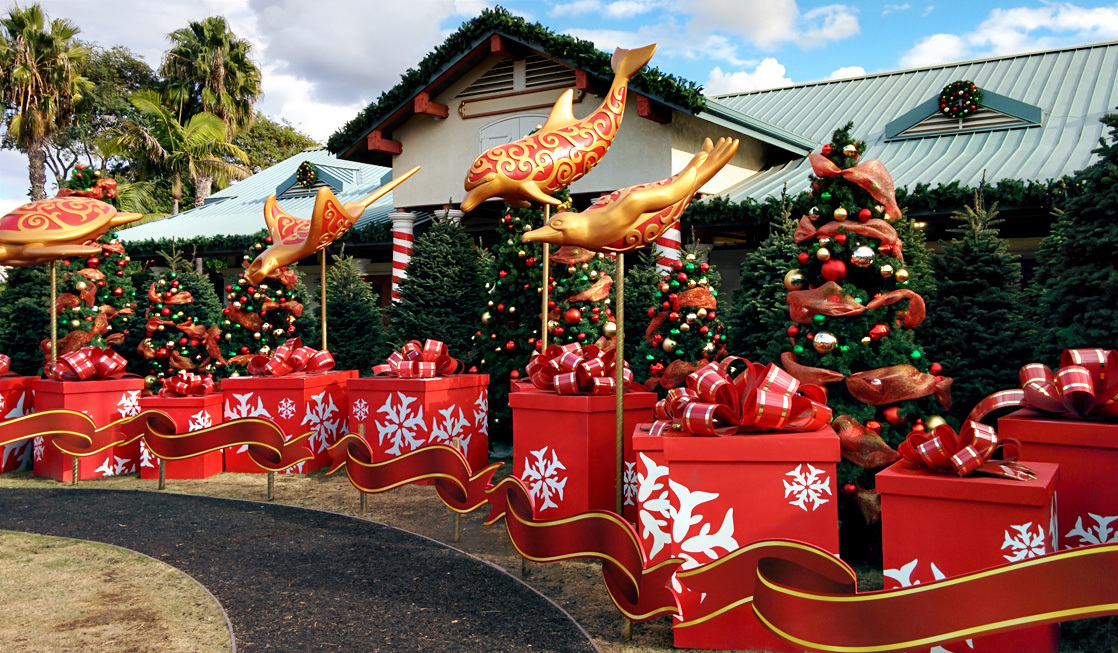 SeaWorld San Diego will be offering its own holiday events; now through January 4th, included in admission to the park are holiday cheer such as a giant ocean themed Christmas tree, and a holiday tunnel of lights with music. Socially distanced visits with Santa and other holiday characters and a presentation of holiday themed entertainment, including a new production titled “Santa Presents: Christmas Animals Around the World,” are also on the menu. SeaWorld rides are not open due to state restrictions, but due to the park's reclassification as a zoo, guests can enjoy the animal attractions in full.

For those preferring to stay in their cars to see Santa in his sleigh, closer to Los Angeles in Woodland Hills, the WonderLAnd drive-through offers holiday music, lights, lit tunnel installations, and Santa with Mrs. Claus and the Elves; guests receive a stuffed holiday stocking.

In Texas, SeaWorld San Antonio is hosting a light-filled Christmas celebration through January 3rd, dubbed the largest in Texas by the park. Socially distanced appearances and performances by characters such as Rudolph the Red Nosed Reindeer, the Cookie Monster and Elmo are a part of the holiday mix here, as are live appearances by a mariachi band.
At Universal Studios in Orlando, Fla., Harry Potter World will be bedecked in lights, but the park's annual and crowded holiday parade is not happening. Instead, floats will be displayed for viewing along the parade's usual route. The park's “How the Grinch Stole Christmas” will not be happening at Islands of Adventure; the characters will be on hand for socially distanced appearances however.

Legoland Florida will also start holiday events at the end of November, but it, too, will be a lower-key affair than usual. Special additions will include a large-scale, LEGO-made Christmas tree, and several live entertainment options including an appearance by Santa, a Kids New Year's Eve celebration, and a show titled “The Very Merry Mix Up.” 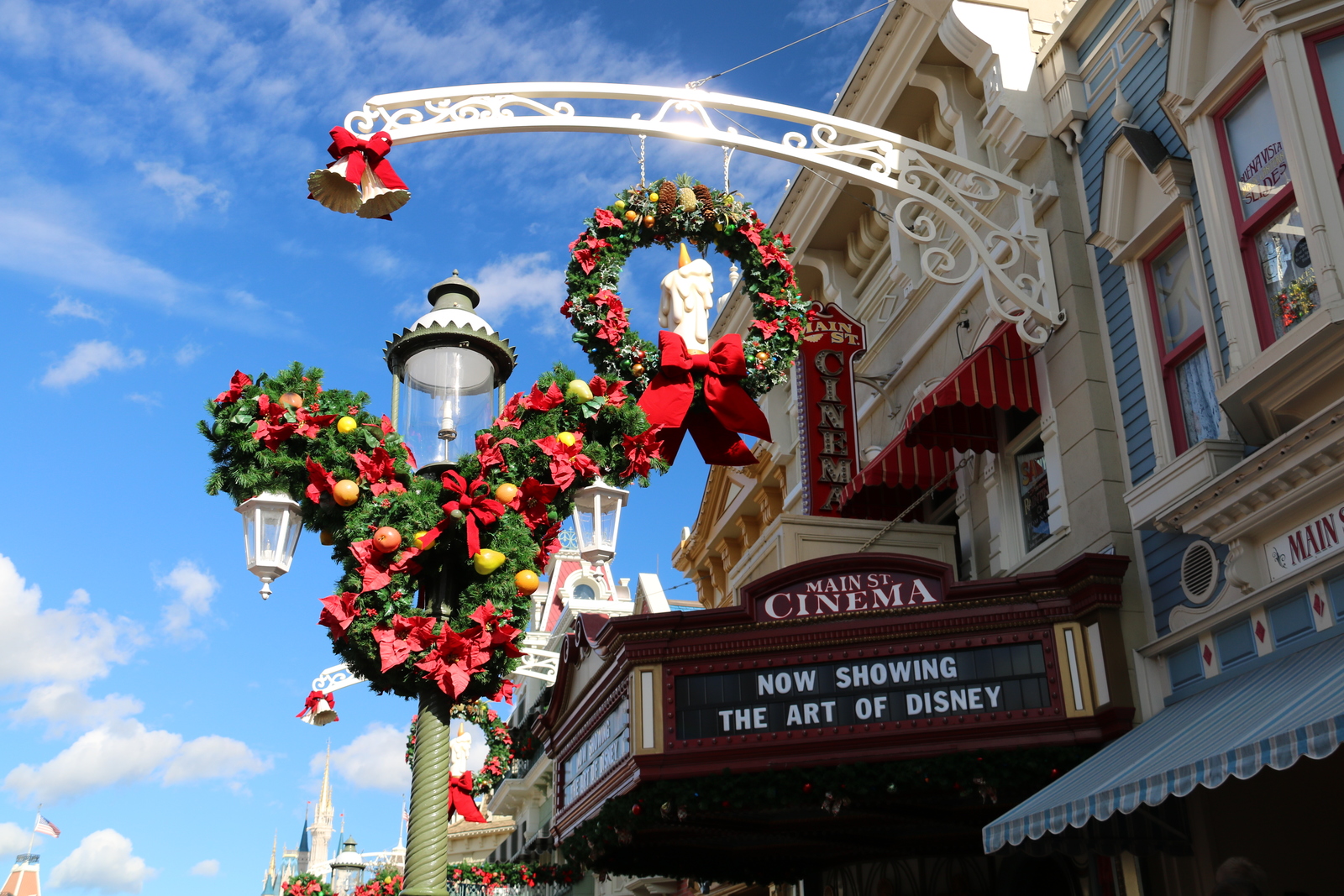 While Disney is canceling some events in Florida, the holidays are still happening in the Magic Kingdom. Mickey's Very Merry Christmas party will have to wait until next year; but holiday projections will sparkle on Cinderella Castle and toy soldiers will parade on Main Street; Epcot will feature its International Festival of the Holidays with tastings and themed entertainment including a visit from Santa. And at Disney's Hollywood Studios, the Sunset Boulevard area of the park features a Sunset Seasons Greeting with illuminated projections and faux snow. While many events will also be waylaid ‘til 2021 at Disney's Animal Kingdom, there will be barges decked out for the holiday sailing on the Discovery River.
Disney Springs will also be happening, with shopping and Santa. However, elsewhere in Florida, Santa's Enchanted Forest, located in Miami, Fla., is not open this year.

With masks required and newly re-opened rides, North Pole Colorado, located just west of Colorado Springs, will be bringing in the Christmas cheer however. The park's website indicates the holiday-themed park will have at least ten rides running, such as the popular train and Sky Ride. Guests can also shop; visit Santa in his house; and watch the animatronic Elmer the Elf Show. 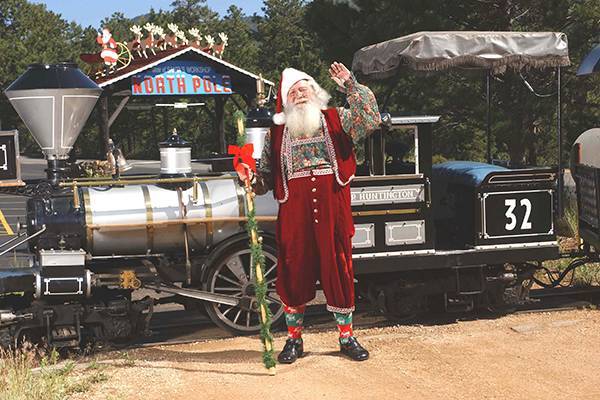 While the parks are still fully decorated, the Magic Kingdom's star event, Mickey's Very Merry Christmas Party has been cancelled for 2020.