Animals and Fun Food at SeaWorld California, Disney Plans Shopping and Dining Expansion, and Legoland Looks to the Future 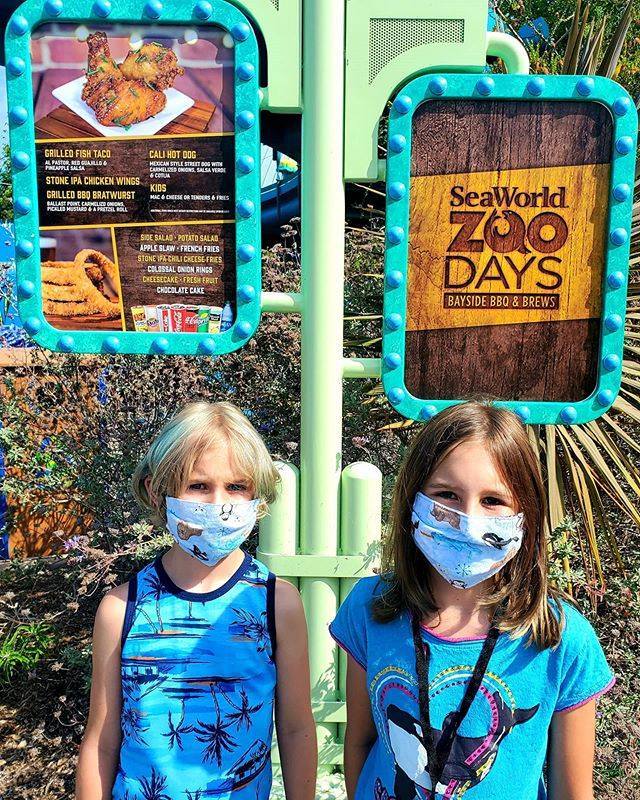 Seaworld San Diego Re-opened as a Zoo
Rides have yet to open, although the park has been successful hosting several food events.

SeaWorld California has reopened without rides but with an outdoor food fest, and a classification as a zoo.

Animal exhibits and animal-related presentations, as well as food and craft beer are among the big attractions as the San Diego location welcomes back a limited number of guests – COVID-19 safety measures firmly in place, of course.  The limited reopening has allowed some of the furloughed employees to return, at least part-time.

The food fest idea originated with Knott's Berry Farm, which found the model to be quite successful at the park, featuring many of its beloved dishes from boysenberry offerings to fried chicken at a summer food fest. Currently, Knott's is serving up their outdoor dining and retail experience, Knott's Taste of Fall-O-Ween. Replete with Halloween décor.  The ticketed tasting event allows guests of any age to dress in costume while dining and shopping crafted specialty items. Children with a purchased junior tasting card can also make a journey along the Camp Snoopy Trick or Treat trail with treat stations and fun Halloween decorations, which will also be socially distanced.

SeaWorld San Diego offers more attractions, relying on the guidelines for zoos, aquariums and museums to open, as amusement and theme parks are still closed in San Diego county. California has less stringent requirements for reopening zoos than amusement and theme parks. Social distancing and mask wearing are required, but outdoor spaces can open in these venues, albeit at limited capacity.

As an accredited zoo already, SeaWorld can bring the guests in to enjoy the animal exhibits, and found success at this in September and August. Through November 1st, the park is continuing to stay open with the SeaWorld Spooktacular events open on a variety of days. The 40-acre park is not  operating rides or indoor exhibits, as those attractions are still prohibited. 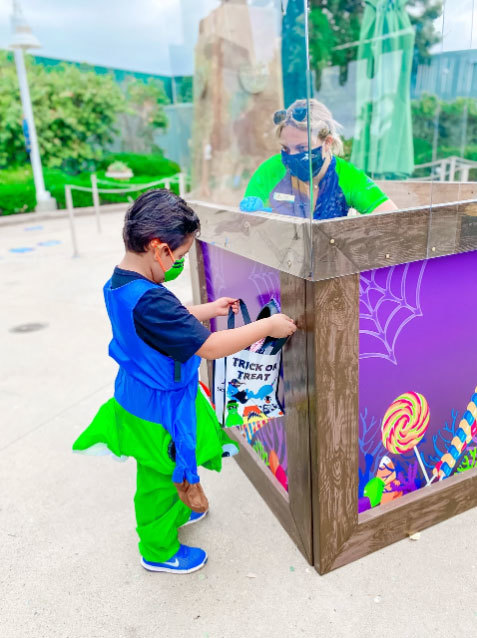 The Spooktacular event – and the food festival – are dated, ticketed events that include six selections of food and drinks for adults and four for children. Parking can also be purchased. Annual pass and Fun Card holders receive free admission but still must make a reservation. Using a lanyard, guests can taste things like maple-glazed salmon from the Shipwreck Reef Café and BBQ pizza from Mama Stella's. Other food items come from the park's Calypso Bay Smokehouse and Explorer's Café. There are kid's dining options, too, and seasonal desserts like pumpkin cheesecake on the menu, as well.

As far as the attractions go, the theme park may not be able to showcase its coasters, but sea lions, penguins, dolphins and flamingos are among the animal life ready for viewing.  Guests can also enjoy Otter Outlook, Dolphin Point and the Explorer's Reef Touch Pools as well as the exhibits for the underwater orca. Operating at 25% capacity, the park's open animal exhibitions now include indoor exhibit spaces such as the sea turtles and sharks. Show times for socially distanced performances of Dolphin Days, Sea Lion Show, and Orca Encounter have been established. Shopping experiences at the SeaWorld Store and Whale Shop are also available.

Meanwhile, Disneyland in Anaheim, Calif. is anxious to reopen and has petitioned and complained to state Governor Newsom. Inching toward opening, the resort is expanding the Downtown Disney District shopping and dining offerings to include some within the still-closed California Adventure theme park's Buena Vista Street as well as the Backlot Premiere Shop at Stage 17, which is normally used as an event space. The shop is currently selling Halloween themed merchandise. Like the successfully reopened Downtown Disney, health and safety measures such as temperature checks prior to park entry, face coverings and social distancing apply.

Buena Vista Street shops and dining include Elias & Co., Julius Katz & Sons, and Kingswell Camera Shop, and beginning in November, these stores will offer merchandise that should be heavily geared toward the holidays.

On the east coast, Merlin Entertainment is working on the attractions for the Legoland New York Resort, which has delayed its scheduled opening to 2021, originally planned for July 2020.  Like all Legoland attractions, the Goshen, N.Y. location is in the meantime supporting #letsbuildtogether on social media and on websites to engage kids with building ideas, daily challenges, and more. 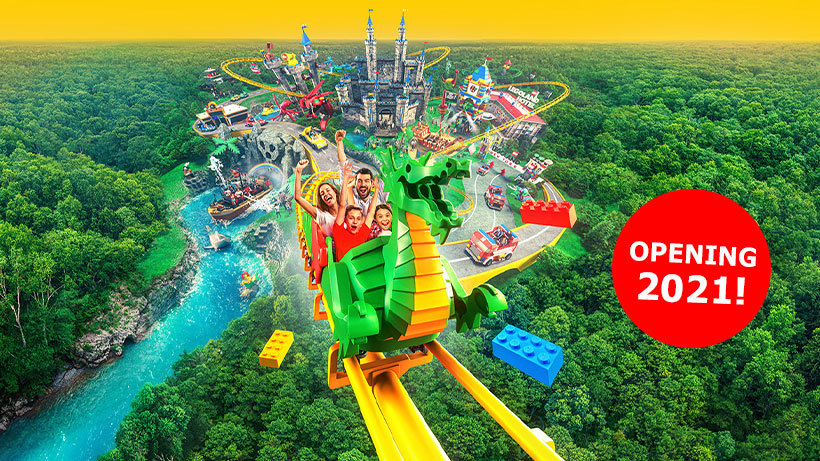 At the Goshen park site, the focus currently is on the creation of the amusement park's Miniland, which at this location features some New York-centric attractions. These include NYC structures such as the Bull Stone House, St Patrick's Cathedral, Brooklyn Bridge, and a centerpiece 19-foot-tall Empire State Building, which will utilize 97,680 Lego bricks on its 102 floors.

Another major park attraction will be The Lego Factory Adventure, which is set to utilize tracking technology on the attraction to identify riders and map them virtually, then transform them into Lego Minifigures over the course of an adventure with the character of Professor Brick. The theme park will feature eight lands in all, including Bricktopia, Lego Ninjago World, Knights' Kingdom, Lego City, Pirate Shores, and Miniland. Attractions include the Junior Driving School, Jay's Gravity Force Trainer, and the LEGO Castle.

Legoland Florida reopened this summer with social distancing and mask-mandating protocols. Hygiene stations and markers indicating physical distancing requirements are in place throughout the park. For the holidays, the park plans to offer a giant holiday LEGO tree, and fireworks on select nights.

Rides have yet to open, although the park has been successful hosting several food events.