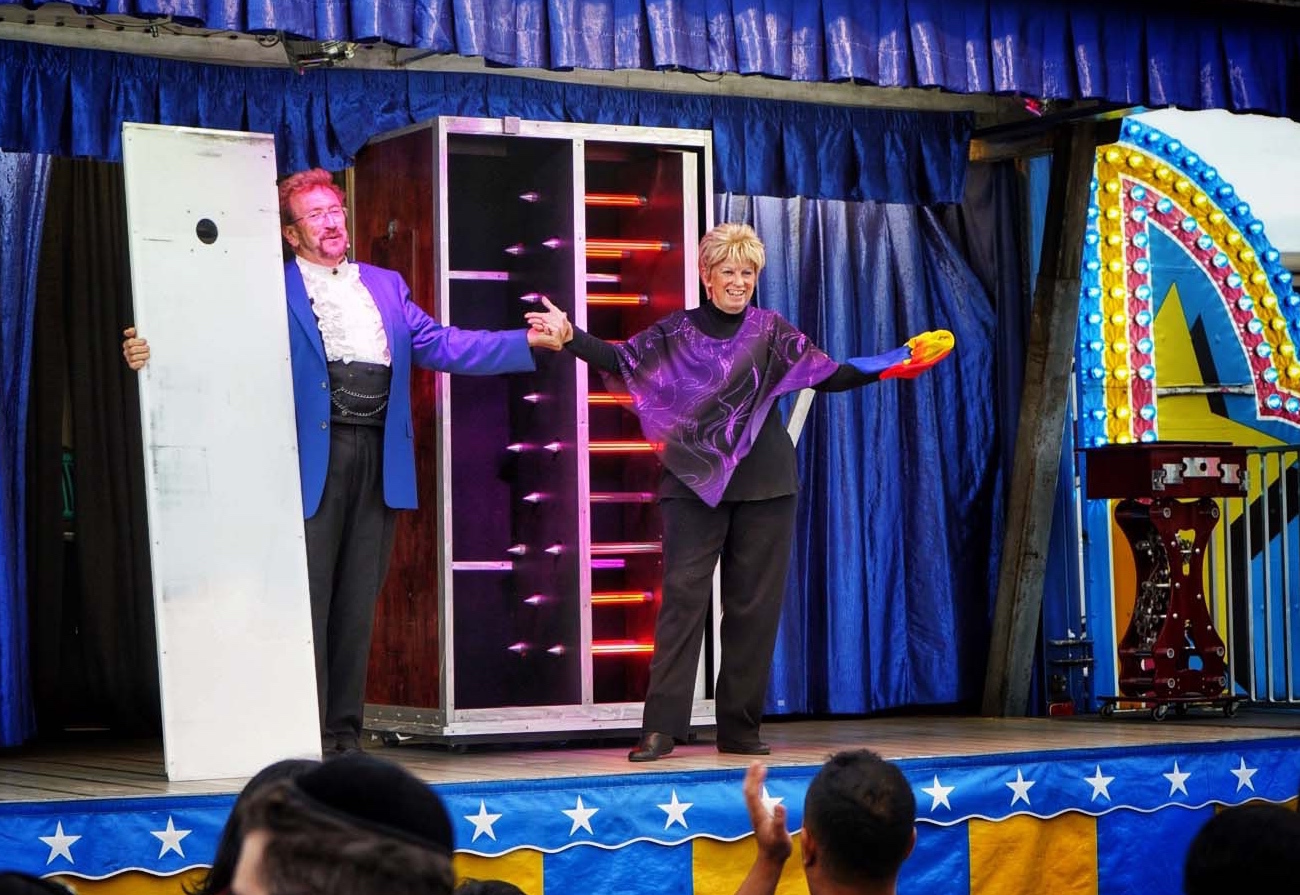 Because of fair and event cancellations due to the COVID-19 Pandemic, Al & Sue Belmont's Magic Show was transformed to a park attraction

Al Belmont of Belmont Magic Show is grateful for the opportunity to continue to bring his magic to crowds after a COVID-19-forced hiatus. Once their entire 2020 season was cancelled, Al and Sue Belmont were desperate to find a way to get their act in front of audiences and continue to spread happiness throughout their community. Eventually, the Belmonts were approached by members of the downtown Wildwood, NJ board and were asked to bring their show to the beach town. Happily, Al and Sue Belmont immediately began working on a safe and fun show plan and New Jersey's first open-air theatre was created.

Normally, Al and Sue Belmont would be working at some of the top fairs on the East coast and head into Louisiana and other parts of the South throughout the Spring and Summer; this year, as is the case for all showmen, entertainers, and vendors, the 2020 season looked a lot different. “We have a beautiful showmobile and we started to look for opportunities to use it and perform our show, we didn't want it to go to waste. When we were approached by the folks from Wildwood, we were ready to create a family-friendly, unique, and safe entertainment experience,” says Belmont. The new show is set up in a 100 x 100 lot: the perfect amount of space for a comfortable and open outdoor theatre which is equipped with seating as well as broadway quality lighting and sound.

Al and his wife, Sue, have partnered up with John Bundy: a talented magician and puppeteer, and Bundy's partner, Morgan, an escape artist, to bring a diversified, hour-long show to eager families. “Our show is a tightly-run 1 hour. We open with fast-paced magic tricks producing dogs, rabbits, and birds and then we move into big illusions, and the final third of the show is a parade of illusions at a fast pace. We finish by bringing out the dog we produced at the beginning of the show,” says Belmont. When designing the pacing of the show, Belmont wanted to be sure audience members would never be bored throughout the 60 minutes and that there was something which could dazzle all audience members, regardless of their age. “Our show is certainly kid friendly but it isn't a kiddie show. We want to reach that balance where adults enjoy themselves not just from seeing the excitement on their kids' faces but because they were engaged as well,” says Belmont.

In total, there are 6 people in the cast as well as a few ushers. For Belmont, keeping his employees and guests feeling safe is a top priority, especially during the COVID-19 pandemic. All employees of the show are temperature-checked prior to opening the open-air theatre to the public and all ushers are required to wear masks throughout as they interact with guests. Seating is limited to about 100 seats, or 15 sections of seats so that families and social groups who have purchased tickets together to see the show can be seated in their own section, at least 6 feet away from any other audience members. Belmont recalls a set of grandparents who wanted to take their grandchildren to see the show but were nervous about the safety precautions in place; once they were able to tour the set up, the couple felt comfortable and safe attending the show. “Our priority is to keep families as safe as possible,” says Belmont. 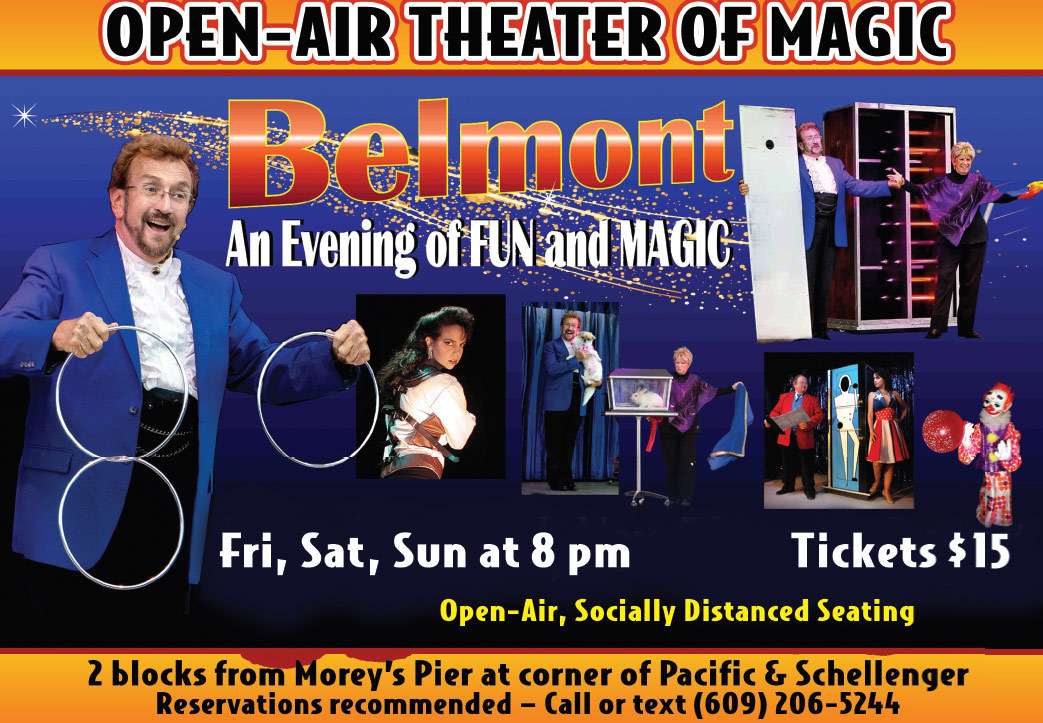 Although safety is key to the Belmont family, audience interaction is vital to the success of the show, so Al was sure to include it while still maintaining social distancing. “We have some large props that allow participation from the stage to the seats. This way, audience members can still feel like an active participant,” says Belmont. Inspired by the first magic show which he attended at the age of 10 with his sister, Belmont caught the “magic bug” and checked out books about magic from the library the very next day. He then went on to hone his skills as a volunteer in USO magic shows, perform on the steel pier in Atlantic City, entertain senior citizens in nursing homes, and eventually purchase the original illusions from the Blackstone shows with funding from a fellow Georgetown alumnus. Since then, Belmont has been traveling the country with his show and hopes to continue to entertain crowds in the spirit of one of his magical role models: Harry Blackstone.

“An Evening of Fun and Magic” is performed every Friday, Saturday, and Sunday at 8pm now through Labor Day. Al and Sue are thrilled with the response they've received so far. Many positive Trip Advisor reviews and local news stories praise the Belmonts on an evening of safe, family fun. Tickets to the show are $15 for kids to age 12 and $17 for adults. Reservations are encouraged so ample room can be made for seating and spacing. 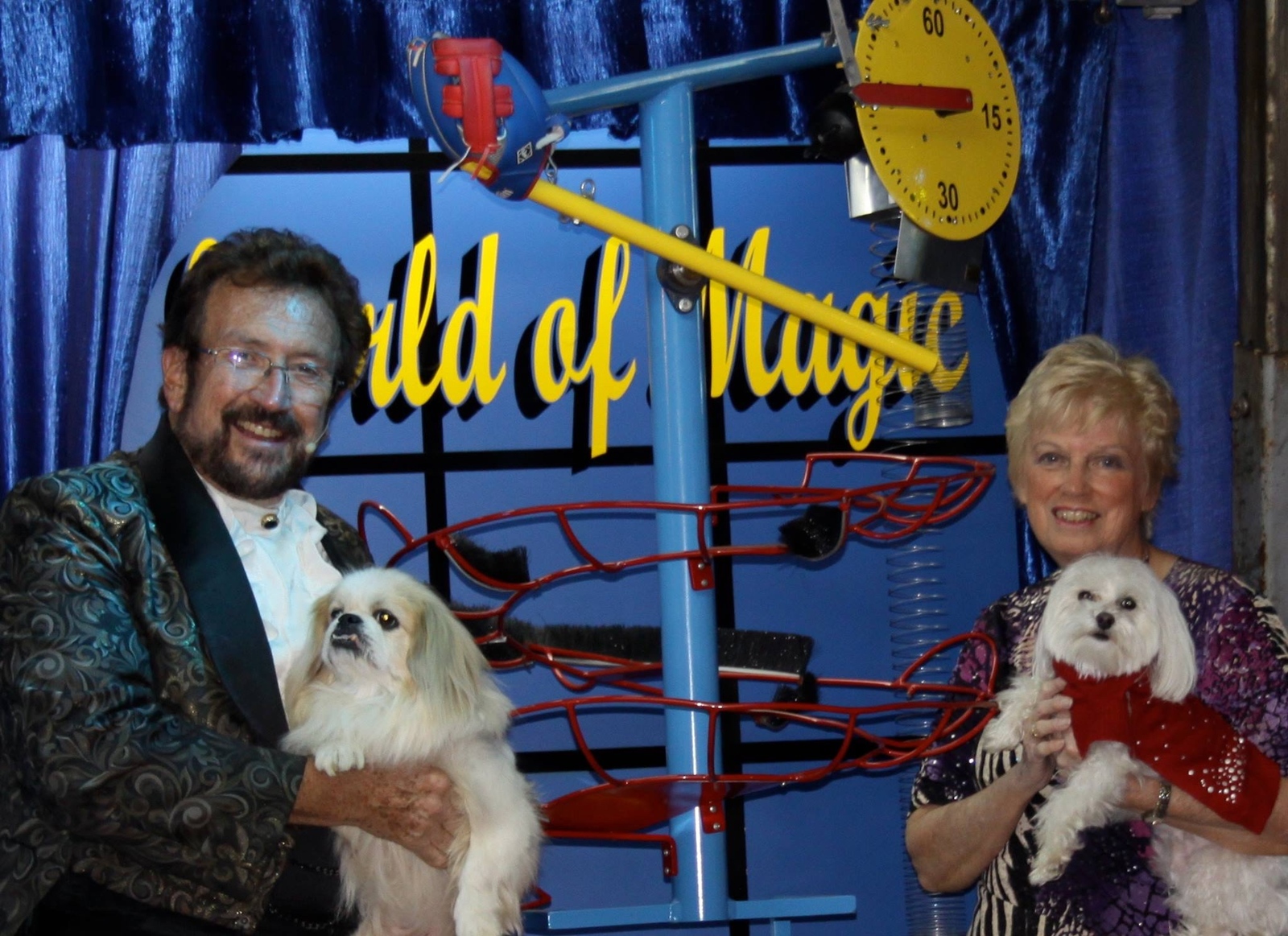 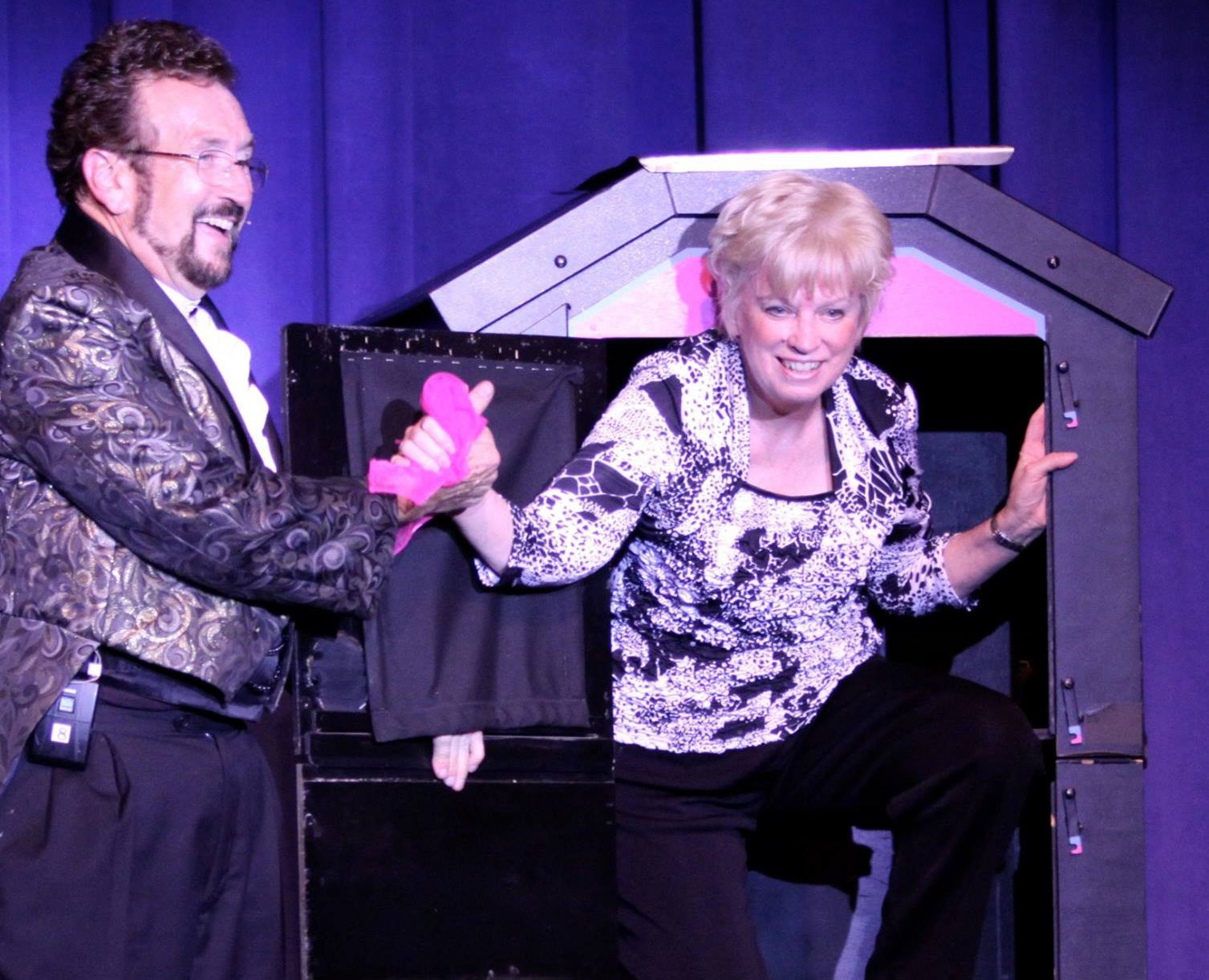 Because of fair and event cancellations due to the COVID-19 Pandemic, Al & Sue Belmont's Magic Show was transformed to a park attraction