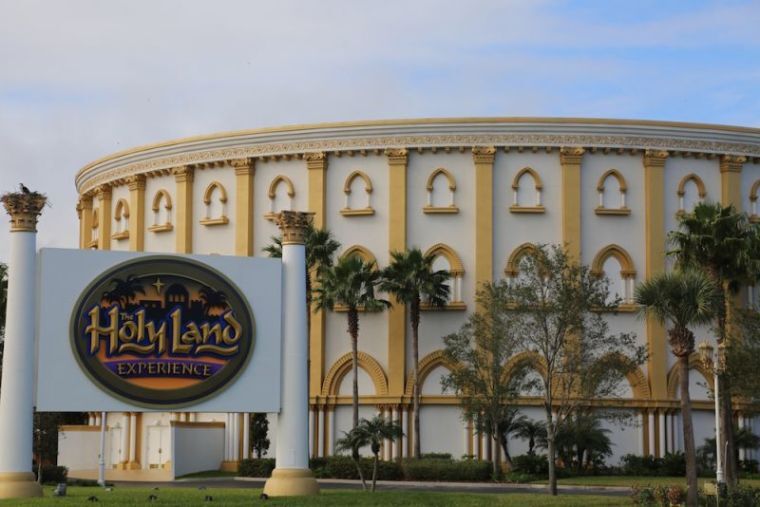 The Christian-based theme park called The Holy Land Experience has shuttered. The theme park was located in Orlando, Fla., not far from Universal Studios Orlando. The property was purchased by a Seventh Day Adventist health care company, AdventHealth.

Most recently owned by Trinity Broadcasting Network, the theme park and museum were located on a 15-acre complex that had struggled to survive financially even before closing in March 2020 due to the pandemic. The park had reopened in April of this year for two admission-free days, which were maintained to preserve the park's tax status, but that did not prevent its closure this summer.

Originally owned by Marvin Rosenthal, the location offered theatrical reenactments about the life of Jesus as well as Old Testament scriptures. Its website proclaimed that the park “brings the word of the Bible to life,” and Rosenthal called it a “living museum.” The theme park received non-profit status and was exempt from property taxes, in part because of its annual free admission day and Biblical displays.

Local authorities originally declared the park should pay approximately $160,000 in taxes as a theme park, but Rosenthal insisted it should be tax exempt as a non-profit. This was affirmed when Florida's then governor, Jeb Bush, signed a law exempting theme parks with Biblical manuscripts from theme park-status taxes, providing they opened for a free admission day annually.

The Holy Land Experience held those free days and had two such qualifying exhibits: a Gutenberg Bible and a recreated jail cell representing the place where John Bunyan, the author of the religious text Pilgrim's Progress, was once held.

Philadelphia-raised Rosenthal was a Jewish convert and ordained Baptist minister, and termed himself a Christian Hebrew. He started a ministry that focused on the theology of the “end times” and preached that Jews needed to follow and believe the teachings of Jesus. He moved his family to Florida where he began a then-popular ministry known as Zion's Hope; after selling some of the church's property for highway construction, he invested the proceeds into the Holy Land replica that was the main attraction at the park. His goal, he said, was to inspire appreciation for and reading of the Bible, by allowing guests to “see some of the great places, the environments, the sounds, the touches, the smells” depicted in the Bible.

From the beginning, the park struggled despite or perhaps because of its explicit mission to preach as well as entertain guests. Trinity Broadcasting purchased the park in 2007; it was at that time in debt to the tune of $8 million dollars.

TBN added attractions including the Trin-I-Tee nine-hole miniature golf course which included holes that represented Noah's Ark as well as Jonah and the Whale.

But starting in 2020, TBN switched course – pun intended – and made an announcement that the park would change its focus, to that of a museum that displayed biblical artifacts. There would be no more live performances or reenactments, and 118 employees were laid off.
Once imagined as a potential Christian Disney World, with a scale miniature of Jerusalem in the first century, the golf course, and an animatronic figure of theologian John Wycliffe, it ultimately did not draw enough revenue to pay the bills. Ticket prices climbed from an original $17 to $50, but the attraction could still not achieve financial success. The last several years it was in operation, it recorded deficits of approximately $5 million dollars.

All the same, The Holy Land Experience was one of the most well-known biblical replicas in the country; many such locations, from a Biblical wax museum to a theme park based on the Book of Job, have long since closed. From the 1950s to the 70s over 25 such attractions were built – and then shuttered.

When it opened, the theme park cost $16 million, with Rosenthal's Zion's Hope ministry adding other funding to cover operating costs of more than $3 million annually. Rosenthal believed he needed between 180,000 and 200,000 paying guests annually to make ends meet. He underestimated. Along with failing to attract the numbers that he needed, Rosenthal also received some negative publicity – first from Jewish activists who believed the park was designed to convert Jews, and later over taxes.

Despite the break on taxes he received from the governor, and approximately 250,000 annual visitors, the park cost more to operate than Rosenthal had anticipated. One of the reasons TBN purchased the location, despite its ongoing losses, was for use in TV productions. Along with laying off staff members and outsourcing cleaning services and landscaping, TBN also added a few attractions including the ability for guests to be photographed as if they were walking on water, and the mini-golf course.

Yet attendance fell, and continued in decline even after TBN management changed, and more cuts followed. Ticket sales dropped to $5.5 million in 2018 and then fell off entirely in 2020, some 50% even before the pandemic shuttered the park.

Religious mission or not, the park could no longer sustain its operations, and the dream of a Bible-themed amusement park faded until it closed for good this August. AdventHealth will make a medical campus of the property.