Big News for Barbie, Masters of the Universe and Hot Wheels Fans at Mattel Adventure Park 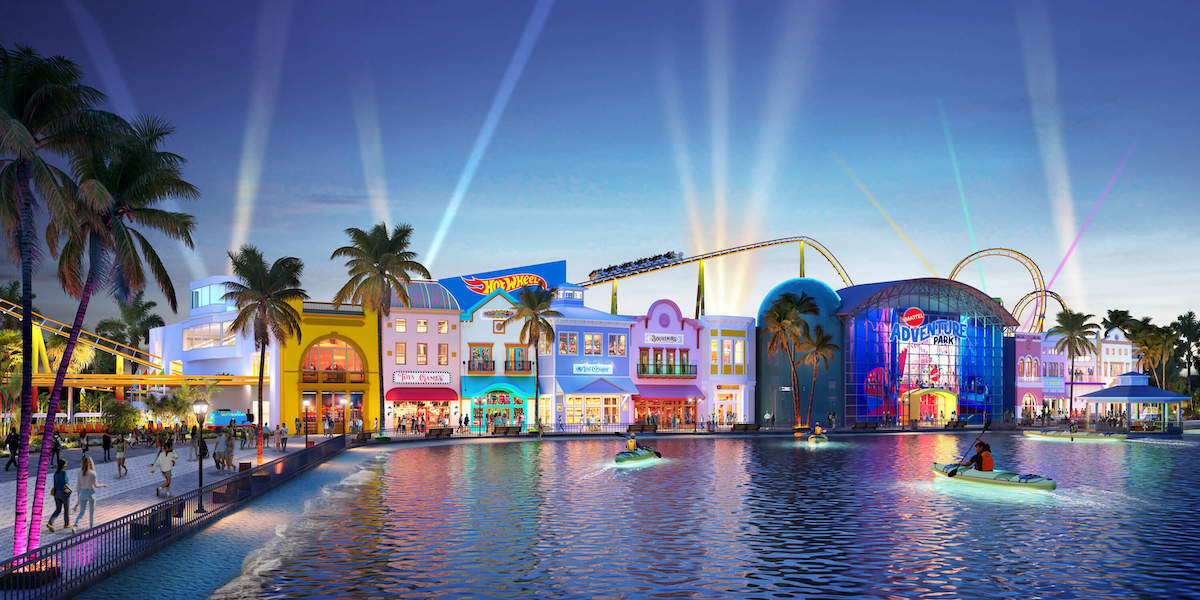 Fans of Barbie and Hot Wheels are taking note of new attractions at Mattel Adventure Park in Glendale, Ariz.

Mattel Adventure Park will be opening with signature brands including Barbie, Masters of the Universe, and Mattel Games.  The opening date is planned for spring of 2023. Originally the park had hoped to open in time for the 2023 Super Bowl at State Farm Stadium.

The Mattel-themed park will also include a Hot Wheels roller coaster and go-karting experiences, as well as a Thomas & Friends indoor theme park for little ones.

According to Mattel senior director of global location-based entertainment Julie Freeland, “Mattel Adventure Park will be even more engaging and entertaining at launch, with the addition of these iconic Mattel brand experiences.” She terms the expansion of the venue as bringing together “the largest representation of Mattel’s beloved brands in a live space…”

Barbie offerings include the World of Barbie, featuring the Barbie Beach House with human-sized sets. The house will include a flying theatre ride, and the Dream Closet Experience. In the latter attraction, using holograms, Barbie will come to life curating an exciting wardrobe. The Barbie Rooftop will also be housed in the beach house, a food and beverage experience offering sweet snacks and savory items as well as pink beverages, all while enjoying an expansive view of the park.

Beyond Barbie, the park will offer a mini-golf course which features the Rock ‘em Sock ‘em Robots. The latter is based on Mattel’s tabletop game, itself inspired by an arcade boxing game with characters named Red Rocker against Blue Bomber. From the game, the brand has branched out, appearing in films, television shows, and commercials over a period of the past 50 years, leading to what should be an intergenerational appeal for the attraction. There will also be a massive Pictionary game board, and a UNO-designed climbing structure where park attendees can jump on oversized playing cards and race to the top of the structures.

Mattel’s Masters of the Universe also gets its due with Castle Grayskull as a laser tag game, featuring state of the art tech in a 4500-foot arena. Masters of the Universe, which began as an action figure plus mini-comic book and evolved into multiple television franchises, follows He-Man and She Ra battling the evil Skeletor on the planet of Eternia, where Skeletor is forbidden from entering the mysterious, magical fortress of Castle Grayskull, shaping the potential for a rich setting for a themed laser tag arena.

Already previously announced coasters created by Chance Rides will still be coming up. Along with the park’s Hot Wheels coaster, which features three inversions, and rider cars with Hot Wheels design, there is the Bone Shaker. It will be modeled after Chance’s existing Hyper GT-X coaster, Lighting Run, currently at Kentucky Kingdom park.

“We have spared no expense to bring these iconic brands to life in ways that will delight visitors of all ages for years to come,” Epic Resort Destinations president Mark Cornell stressed. “We are extremely excited to add Barbie, Masters of the Universe and Mattel Games themed attractions and rides to an already outstanding offering in development at the first-ever Mattel Adventure Park.”

The park’s inception was announced last year. It is a part of VAI Resort, which was formerly the Crystal Lagoons resort. It now has new ownership and has been rebranded. The resort announced an ownership change just over a month ago, and at that time it was also announced plans to almost double the number of hotel rooms initially planned. The resort room additions dovetail with the plans to add more attractions and rides. It will now be Arizona’s largest resort hotel destination, projected to be 1200 rooms.

Due to launch in spring 2023, VAI Resort will have a water oasis theme, and will feature a large, state-of-the-art, 360-degree concert stage; white sand beaches and water described by the developer as being a Caribbean blue. There will be a 52,000-square-foot island in the center of the 60-acre resort, which also include 13 elevated fine dining concepts. “Growing up in Arizona, it’s always been my dream to bring some of the best attractions from around the world right to our doorstep,” said Grant Fisher, president of VAI Resort. The resort will also feature name-talent performing acts year ‘round, with resort guests able to view concert performances from their own balconies.

The city of Glendale itself is also excited about the upcoming resort hotel and expanded, Mattel-branded theme park. “We are delighted for Glendale to be the flagship location for this resort that will bring technology and globally established partners to create a one-of-a-kind environment,” Glendale’s City Manager, Kevin Phelps espoused, adding that “...the Mattel-themed Adventure Park will complement our thriving sports and entertainment district and support our goal of being a premier destination for visitors from across the globe.”

According to VAI’s Fischer, “As most Arizona residents head out of state in the hot summer months, VAI Resort will bring the beach and refreshing water to their backyard…There will be no need to go anywhere else.”

VAI Resort will also provide over 1,800 jobs for Glendale which should benefit the region. Phelps noted “When you pick your partners well, you can expect great things to happen.”