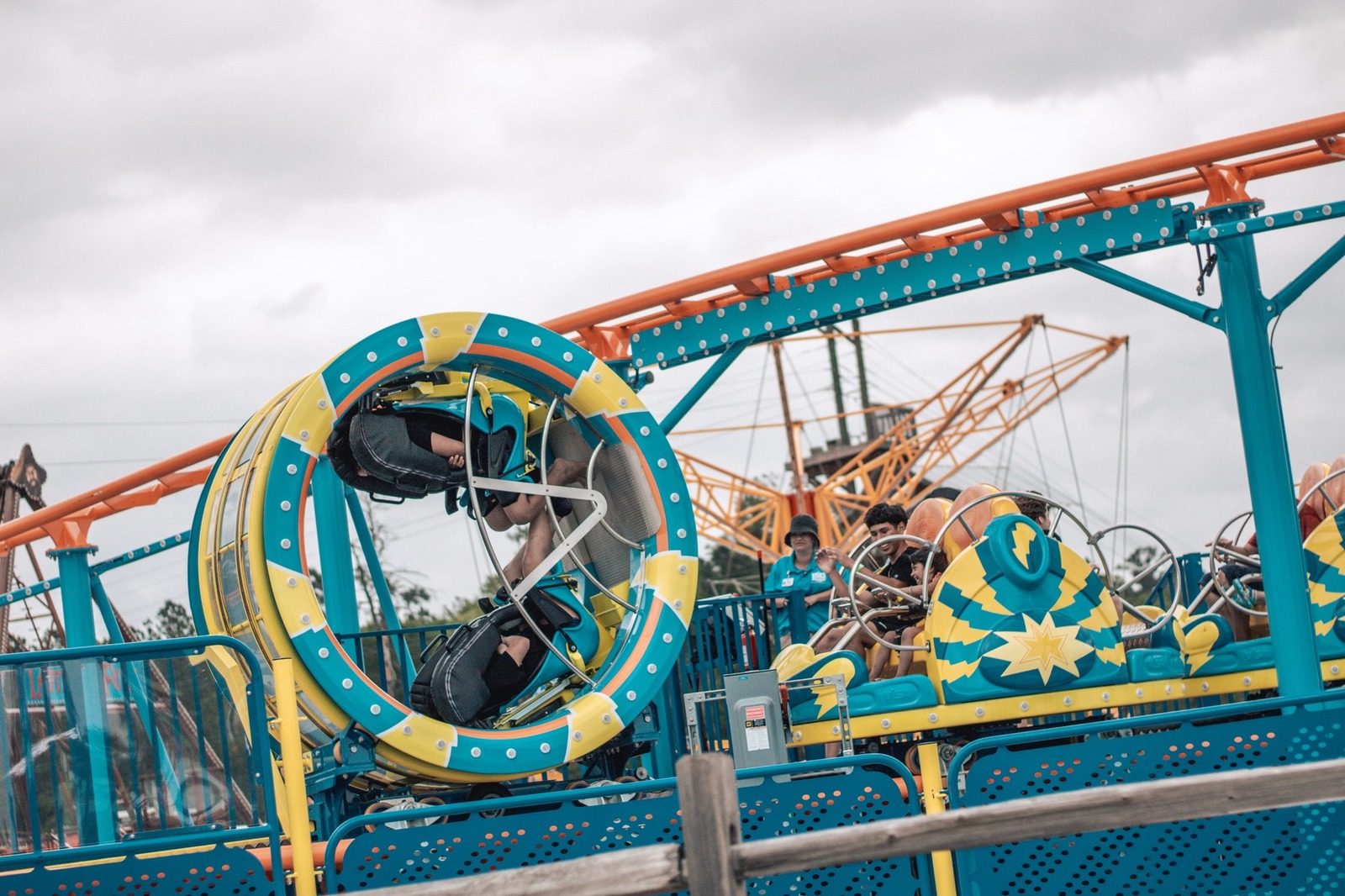 Big River Fairgrounds, the new dry-ride addition to Big River Waterpark in Caney, Texas  opened March 26th, a touch later than the park's hoped for opening on March 12th, when the opening would've coincided with spring break in the greater Houston area. But, nonetheless, according to the park's marketing director Carl Foy, the park's reopening ahead of its usual summer season should be just in time to boost attendance at the park post pandemic. 2020 shutdowns were the low point of the waterpark's attendance, due to closures and on-going pandemic protocols, and as Foy says, while 2021 was an improvement, “with the uncertainty of the pandemic, it was still not to full potential.”

A hot spell in 2021 helped, allowing the park to continue to operate beyond its summer season on weekends and holidays. Several of the dry ride attractions were open for fun during the park's annual Christmas at Big Rivers event in December, offering a taste of the full Big River Fairgrounds rides opening this year.

2022 should be a turning point for the park. With the addition of the Big River Fairgrounds dry rides allowing a spring opening, the park projects the additional open days and the attractions themselves will boost admission numbers. Foy says, “This new section will help add more to the mix in the park and will attract more attendance.” His hope is that 2022 attendance, with the added dates and new attractions running March through December, will generate numbers equal if not greater to those from both 2020 and 2021 combined. 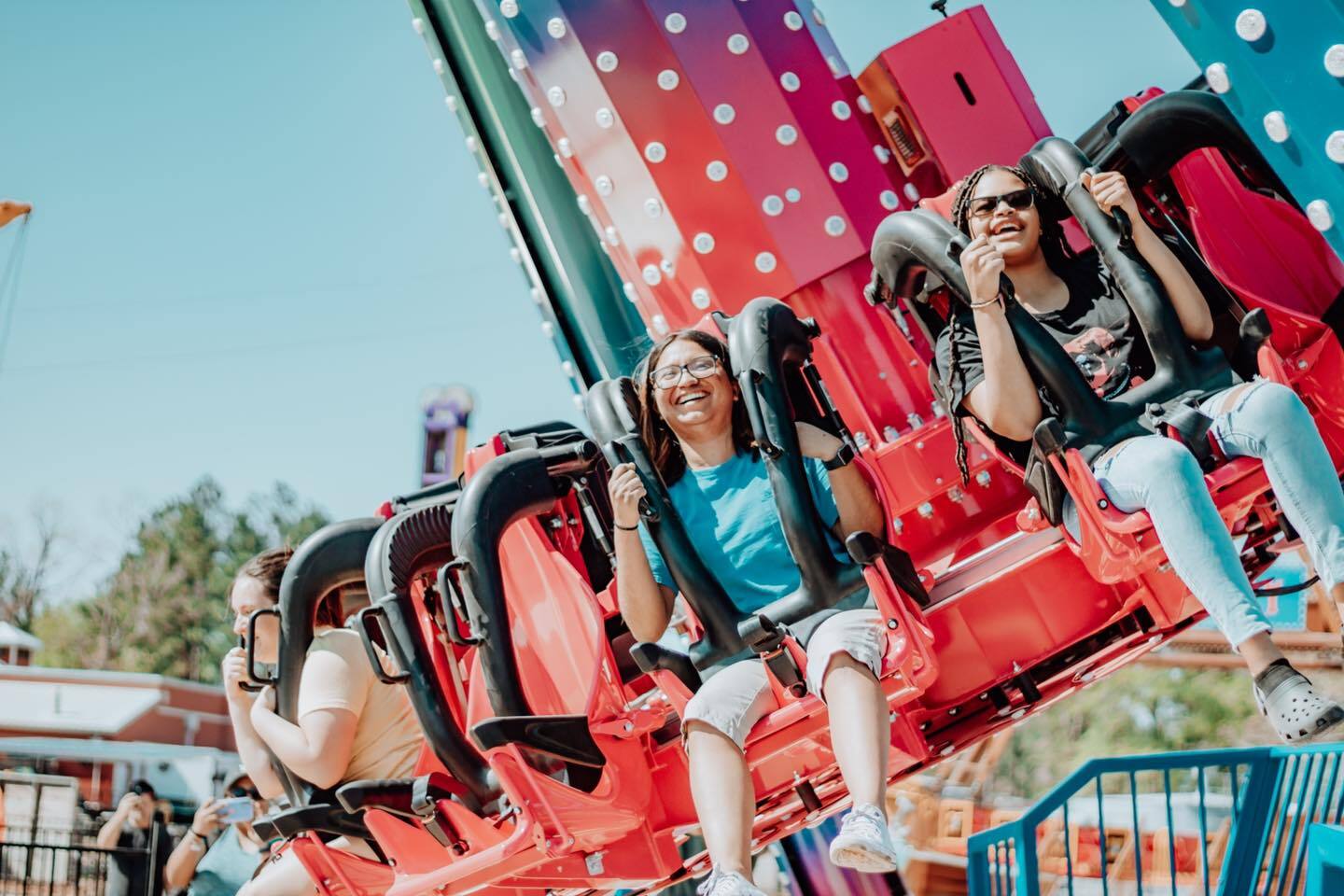 The March 26th opening should certainly offer a head start. Along with the new rides, there will be new events offered this year, too. Every Friday night, the park will offer Park After Dark entertainment events.

A variety of holiday and other festive events are also planned, including multiple concert dates. The concerts kicked off on opening day with the Big Bayou Cajun Festival that will feature Cajun music and Cajun food offerings.

The festival will host three Zydeco Bands, and the Kickin' Crawfish Eating Competition along with a crawfish “mud race.” Attendance is included in the cost of the park's spring daily admission, priced at $19.99. Along with regular dining options, the event will also offer Cajun food items including spicy boiled crawfish, Jambalaya, and Boudin Balls.

Events such as the Cajun Fest should serve as a strong draw for the park, but the new, permanent main dry attractions are projected to offer the park a major attendance boost in and of themselves. The park will offer 11 new amusement park rides, appealing to tots and families, with thrill rides in the mix, including the Rolling Thunder spinning roller coaster and SPINdletop, a pendulum swing ride, among others. Foys says that the rides will add “more length to our season and more components that we can grow with. We can open up in March when…it might still be too chilly to swim.”

SPINdletop was just recently erected, with other rides currently in the set-up stage – and a plan in place to complete installation in time for the Cajun weekend.

Other already-operating attractions include Cougar Climb, billed by the park's public relations staff as “one of the tallest climbing walls in Texas,” a petting zoo, gemstone mining, archery, axe-throwing, and the Mystic Forest Maze, all of which were added prior to the Fairgrounds Dry Rides' installation.

Foy describes the new rides as designed to appeal to a wide range of ages, noting that the park is “all about providing positive family experiences… designed to be fun for all.”

The waterpark itself opened earlier than in past years when May marked its opening date. This year it opened on April 30.  Season passes are available on the website and include spring admission at no additional cost. 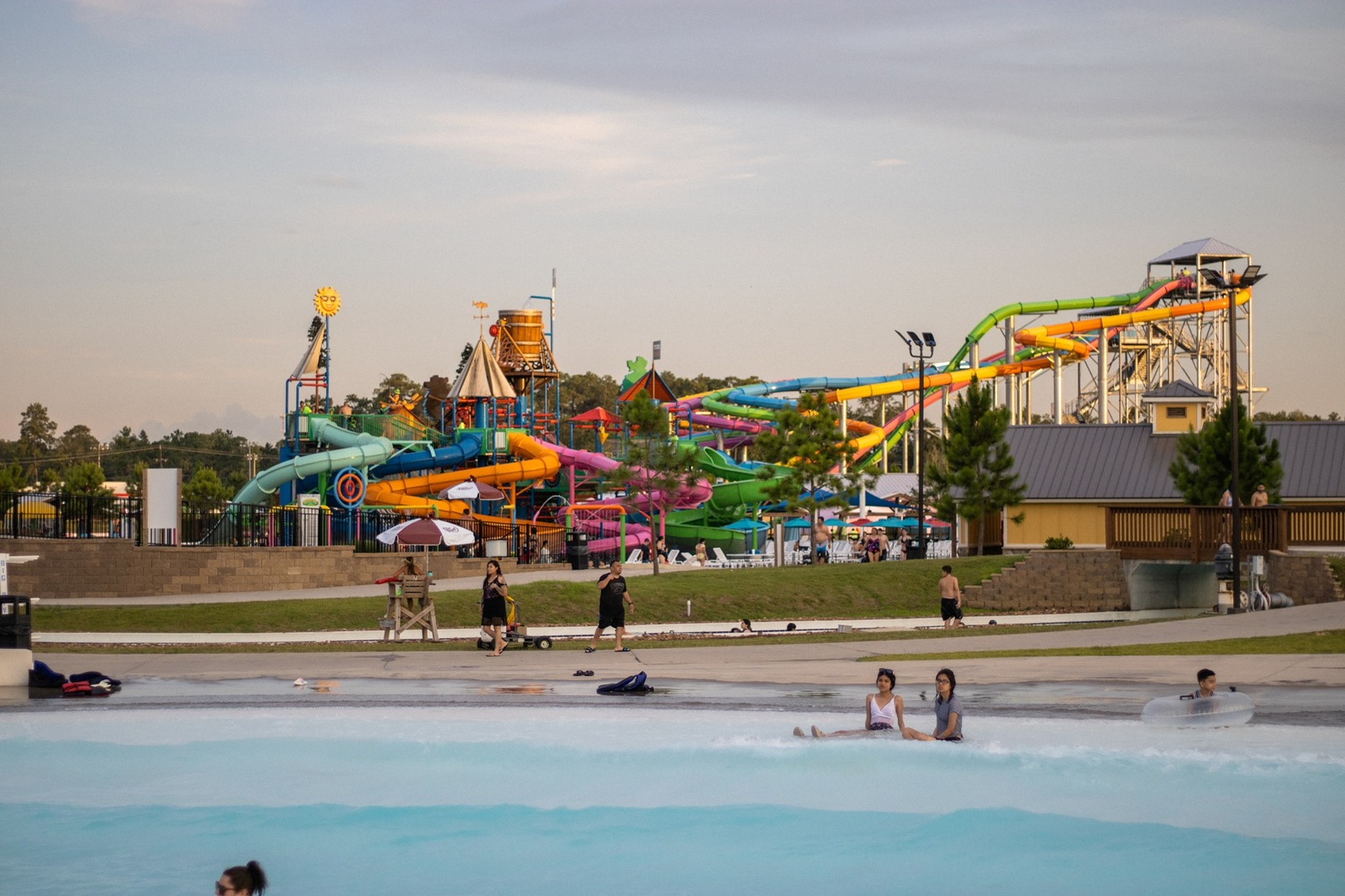 The park will be open Friday through Sunday only until June. Season passes are $79.99 for 2022.

According to the park's social media staff, the ultimate goal for Big River remains larger than the addition of the Fairgrounds alone, “Big Rivers is growing, we are focused on success! [A large scale] Theme park is still the ultimate goal.”

Patience has paid off for both park goers and owners in the past. Back in 2018, park owner Monty Gallard weathered delays that occurred in the waterpark's construction, but took it in stride, saying “Rome wasn't built in a day, and Grand Texas was not built nearly as fast as I'd like it to be.” Grand Texas is the proposed name for the future full theme park. 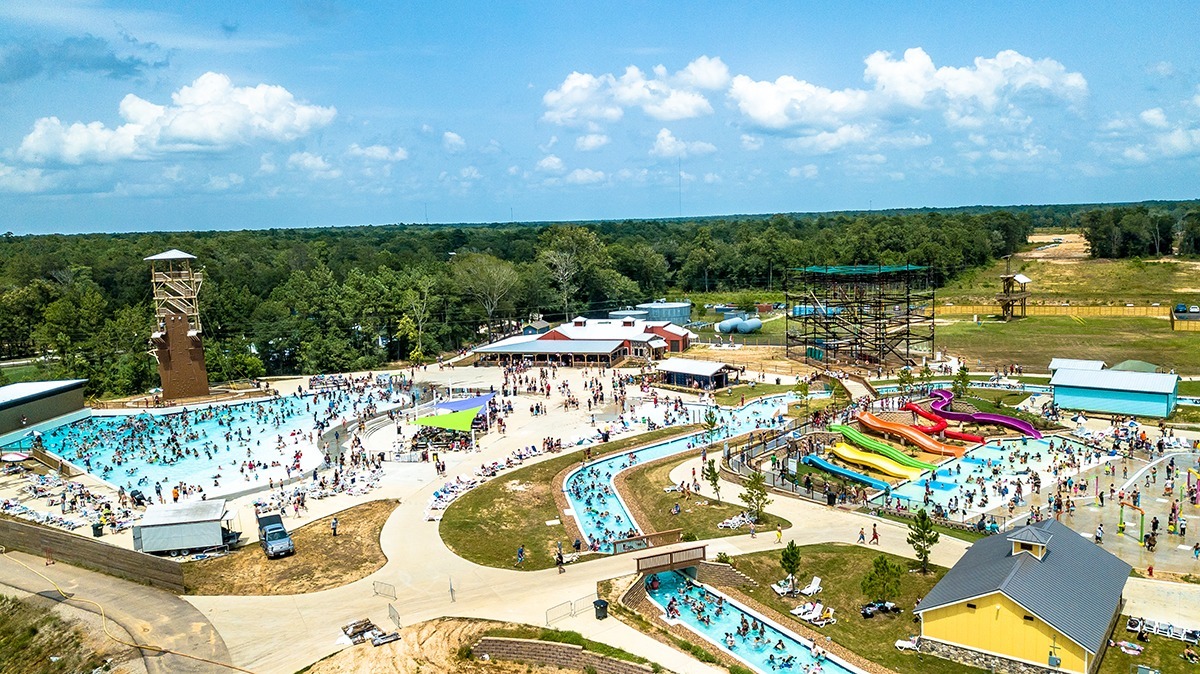 When it is completed, Grand Texas will encompass both the waterpark and the Fairgrounds, as well as larger-scale rides such as major roller coasters and other thrill rides. It was always conceived of as having an emphasis on live entertainment, a tradition that Big River is already beginning with the upcoming March 26th Cajun Festival.

Along with a large theme park and the waterpark, when complete, Grand Texas is to include hotels, retail, and dining.

The dry area of Big River Waterpark, dubbed, Big River Fairgrounds, features a variety of family and thrill rides including a Compact Spinning Roller Coaster from SBF/Visa /Rides 4-U.