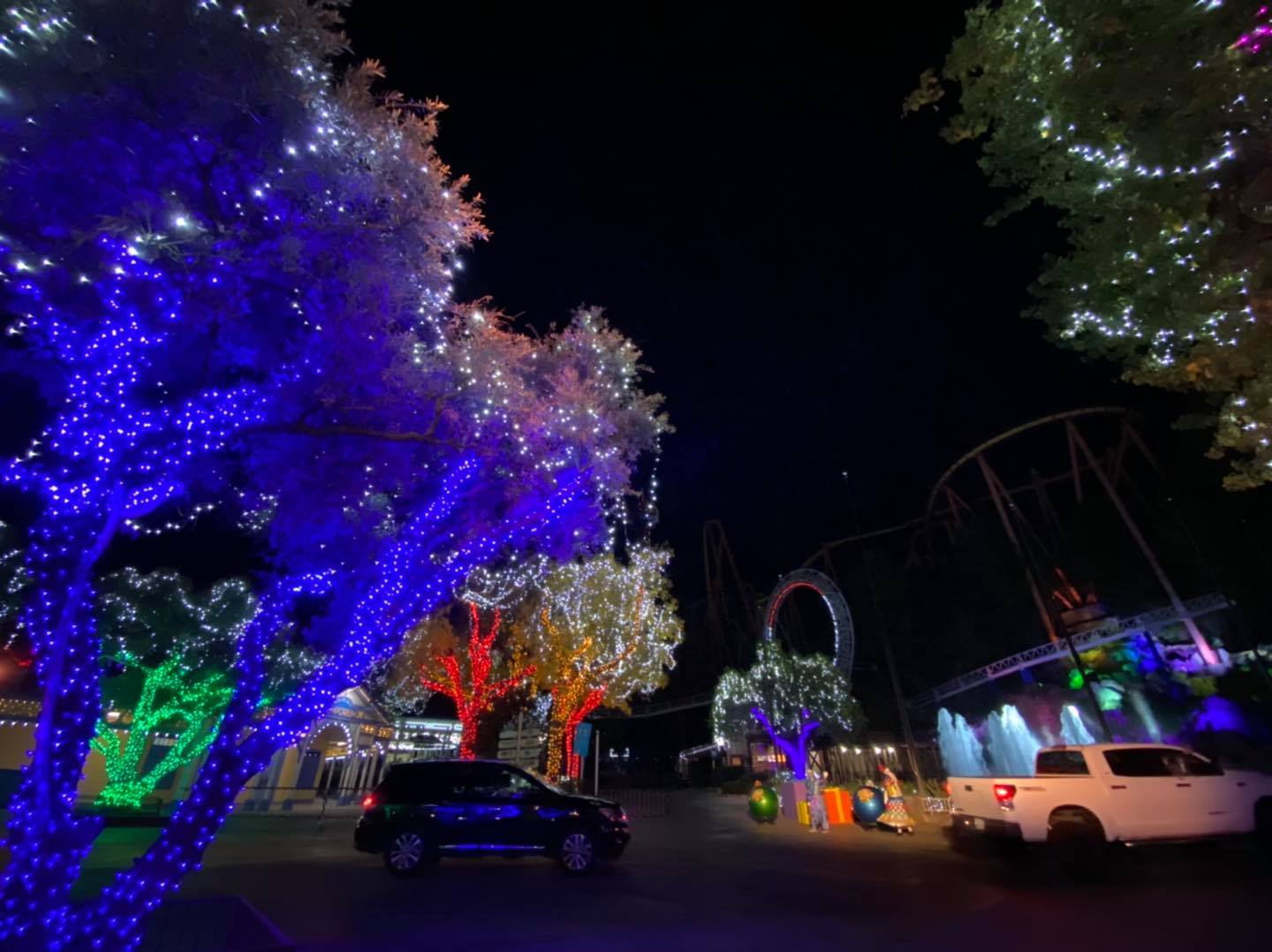 Six Flags Rolls On with Holiday In The Park
The drive-thru attraction was able to remain open, despite many other parks being forced to close. Rides and attractions remained closed.

First came the curfews and the loss of outdoor dining perfect for California weather. Then came the realization that many holiday events to be held at already still-closed theme parks would be cancelled, and limitations put on shoppers at theme park stores.

Disneyland and Universal were already none too pleased that they were not allowed to open in Anaheim and Los Angeles, when their Orlando, Fla. counterparts were open for business. Meanwhile, SeaWorld, which had been operating as a zoo, with animal attractions and food events on-going, and holiday events planned for Knott's Berry Farm and Six Flags Magic Mountain had to be put aside as the state's governor, Gavin Newsom faced heat for closing amusement parks as well as zoos, aquariums, and hotels, while restricting retail capacity.

The regional stay-at-home announced on December 3 was projected to last at least three weeks, but if COVID-19 cases continue to rise and hospital capacity to shrink, it could last longer.

Disneyland, closed since mid-March, has maintained its Downtown Disney shopping district, open since this summer, but those retail restrictions limit store attendance. Outdoor dining in Downtown Disney is gone again for now, although takeout options are available.  Opened in November, the Buena Vista Street section of Downtown Disney, as well as the Hollywood Land and the Grizzly Peak Airfield sections also reopened for shopping and dining, but all had to close their outdoor dining areas, providing take-out options only.  Many spots did not offer take-out.

Under the state's new restrictive order, retail shops that sell food could continue with their offerings, as long as the food was consumed off-site.

A majority of the outdoor dining restaurants in Downtown Disney have closed and those offering take out can't have customers consuming it in Downtown Disney.  Some offer food through a walk-up window, but again, items must now be consumed off-property.

With hotels closed again, the planned soon-to-reopen DVC Villas in Disneyland will not move forward; opening plans are once again on hold indefinitely.

At Universal Studios Hollywood, which had never reopened retail or dining even in part, the adjoining attraction, Universal CityWalk shopping mall can no longer offer onsite dining; however, shoppers can still get the signature Wizarding World of Harry Potter favorite, butterbeer, to go at the neon-lit shopping venue.

SeaWorld San Diego is feeling the loss of its new status as an aquarium/ zoo – with zoos now joining theme parks as ear-marked for closure. The park had a chance to begin if not complete its Christmas Celebration which began in the middle of November and was scheduled to run through the 4th of January.  It had featured both a dolphin and sea lion stadium show, holiday foods, and socially-distanced Santa and Rudolph events, as well as a look at park animals and a Stocking Stuffer Christmas Trail that kids could follow for toys and food items.

Knott's Berry Farm is also suffering the loss of planned holiday revenue. Following the success of ticketed food and shopping events that were held over the summer and Halloween, the park had planned, and in fact, sold out, their Taste of Merry Farm food festival featuring 30 booths worth of food and drinks with a holiday theme.  The event successfully opened on November 20th before being forced to close again. 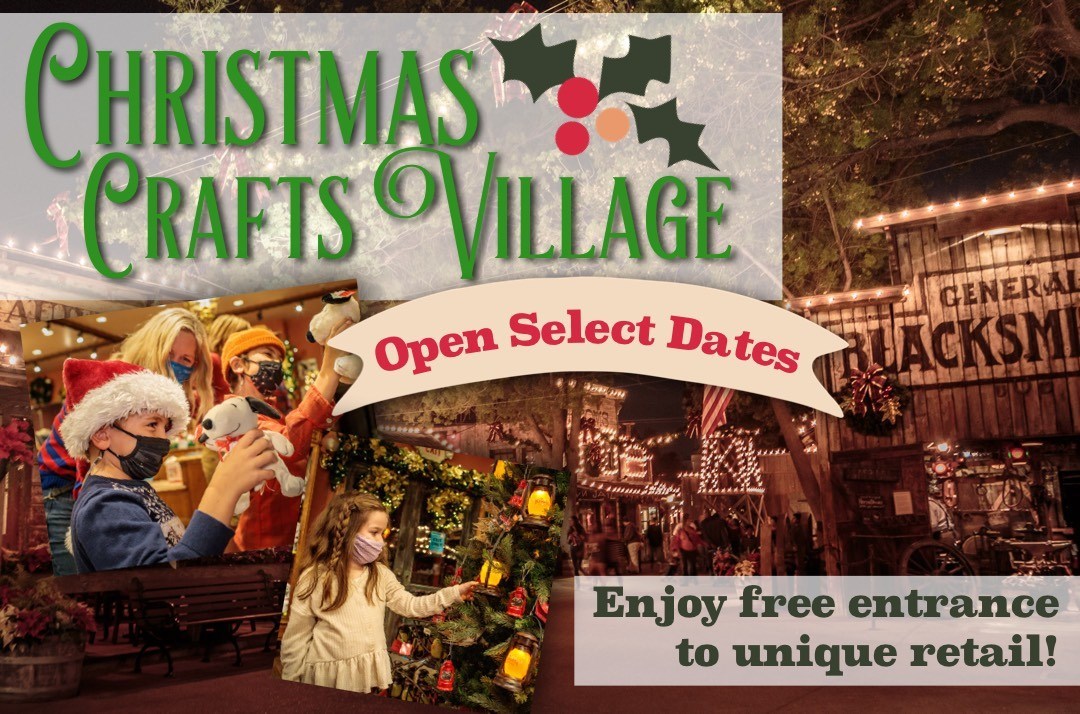 While no food or drink can now be consumed on site, the Knott's Christmas Crafts Village will be opened on some December weekend dates for holiday shopping that features local artisans selling unique and personalized gifts throughout Knott's Ghost Town. Along with the craft village vendors, shoppers can visit ten-plus Ghost Town retail stores.  There's no entrance fee, but as with all state retail venues, shopping numbers are restricted.

Curbside pick-up and take-out options are still available for the iconic Mrs. Knott's chicken dinner restaurant. The park's hotel will once again close.

Similarly, Legoland California had to close its Holidays at Legoland dining and retail event which had included socially-distanced meet-and-greets with characters such as a giant Lego toy soldier and gingerbread man, a 30-foot-tall Lego Christmas tree and a life-size Lego Santa. Shoppers needing a building-block fix can visit Legoland's Big Shop retail store.

Six Flags Magic Mountain is in better shape: their holiday event is a drive-through attraction, which has now been extended to run longer than planned, through the 31st of January. The Holiday in the Park Drive Through event follows state guidelines as it offers a view of millions of holiday lights on a 30-minute road trip traversing motion-filled light displays set to music. The event began November 20th.  Guests view snow and ice sculptures – or rather a faux version of these holiday elements, as well as seeing a socially-distanced drive-by Santa and Mrs. Claus. 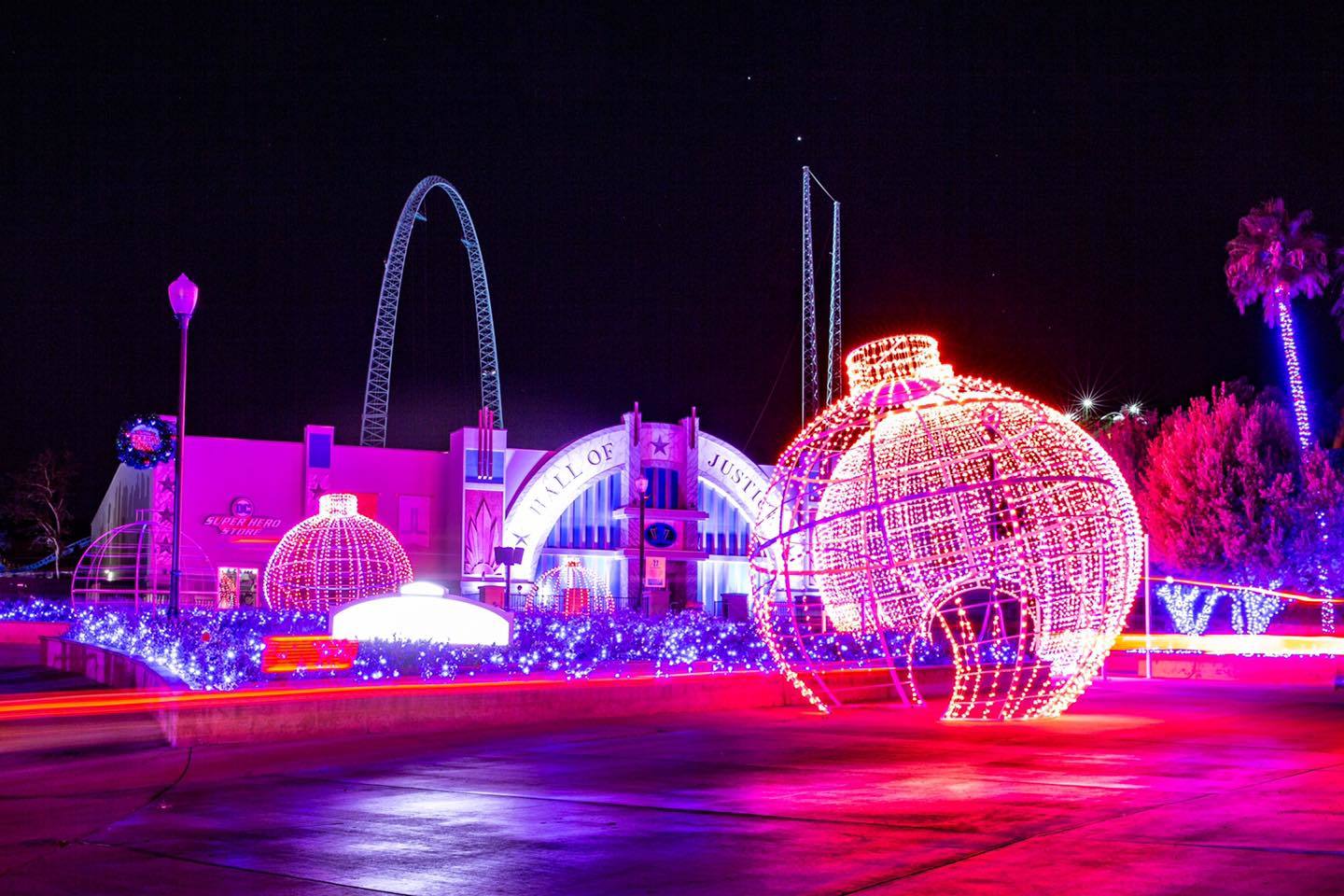 Six Flags Discovery Kingdom in the Bay area, like SeaWorld to the south in San Diego, will have to close their animal exhibits as well. That venue had the distinction to be the first reopened theme park in the state in July; while rides were still closed, animal exhibits and stadium shows were open.

The park has had to put aside a combination of its Marine World Experience with the Holiday in the Park Lights event slated through early January. Instead, it will be offering an event based on its Santa Clarita counterpart, Six Flags Magic Mountain. This location, too, will offer a drive-through holiday event with lights and music.

Another first was the all-too-brief reopening of the Santa Cruz Beach Boardwalk, which had opened many rides as well as food, shopping, and a mini-golf venue.  With a rise in COVID-19 and hospitalizations in the county, the amusement park by the sea was forced to re-shutter only two days after its much-welcomed opening. 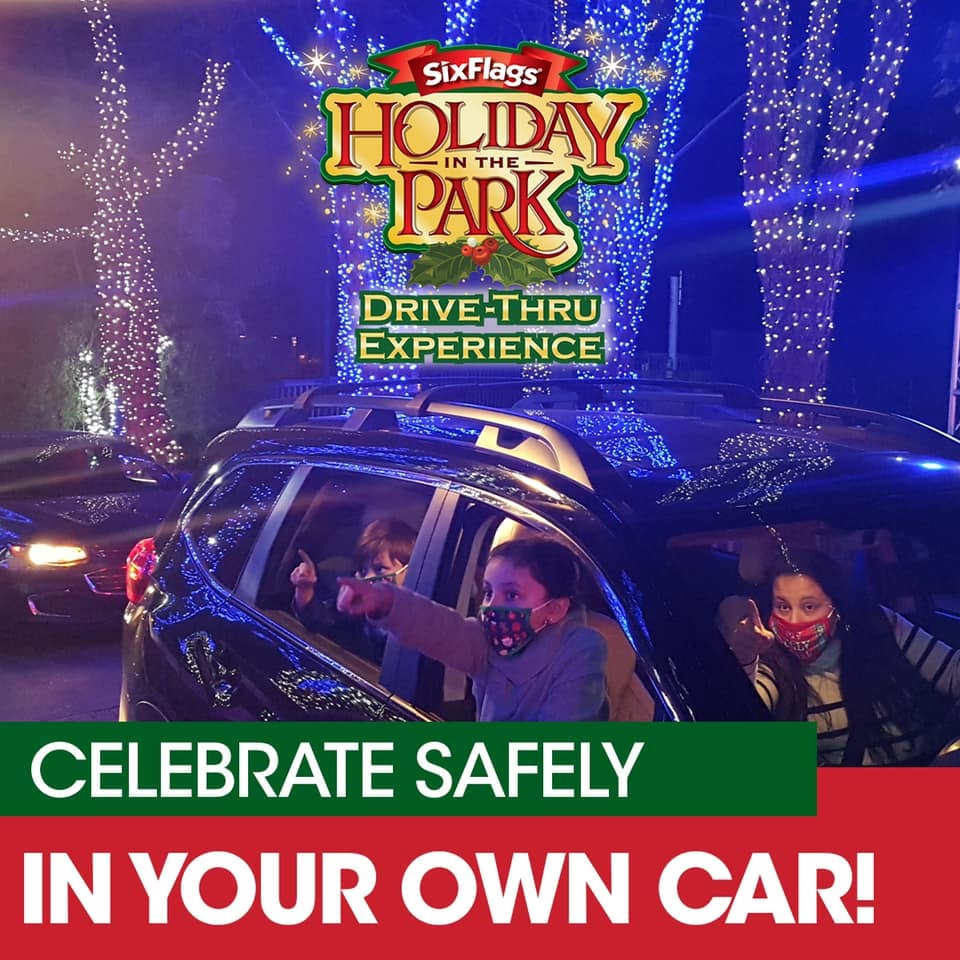 Six Flags Rolls On with Holiday In The Park

The drive-thru attraction was able to remain open, despite many other parks being forced to close. Rides and attractions remained closed.