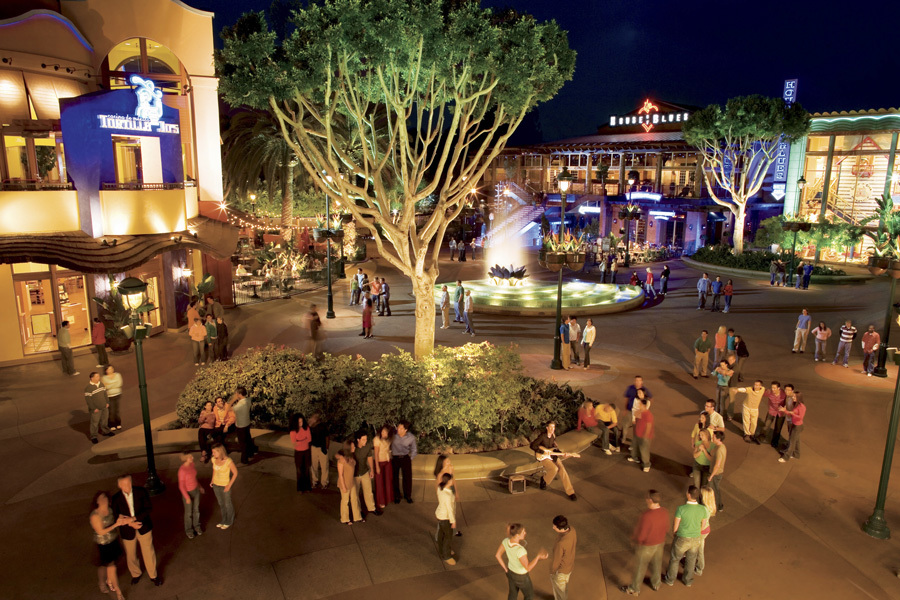 Originally scheduled to reopen July 17th, Disneyland Resort in Anaheim, Calif., delayed the planned reopening of both Disneyland and California Adventure as well as its hotels due to a lack of reopening protocols, according to Disney Parks’ official statement.

But it may be more than that: a petition launched in early July sought to delay the reopening for safety concerns, and labor unions opposed it as well. In late summer, Gov. Gavin Newsom has rolled back phased reopening in many venues.

It was reported on September 2 that Gov. Newsom and Disneyland are "actively" working together on plans to repopen both Disneyland and California Adventure parks, although no official date has been announced.

The shopping area also focuses on cleaning and sanitation, and omitted entertainment and interactive areas. Hand sanitizing stations also are in abundance.

The Void virtual reality experience also remains closed – and in fact, due to a termination of a licensing agreement, the VR mainstay will not be returning to Downtown Disney at all.

Some of the retail stores, including World of Disney and Marceline’s Confectionery are using a mobile wait list when the stores or queue lines reach capacity; shoppers will then be notified via their phones when they can return.

Disney’s new Guest Experience Team adds to the safety precautions at the shopping destination.  The team is available to explain health and safety protocols and answer questions.

The parks are basing reopening protocols on Disney Resort experiences and reopenings in Hong Kong, Shanghai, and Disney Springs. A reservation must be made in advance for entry to each park.

As now seems standard, face masks must be worn at all times; guests undergo temperature screenings before entry, and anyone with a temperature of 100.4 degrees will be denied entry. And along with capacity limits, the park has ground markings for social distancing. Increased cleaning and a large number of visibly present hand sanitizer stations are prevalent at the park. There are also sanitizing wipes in dispensers throughout the parks and hotels, so that guests can clean surfaces such as tables. Guests are again encouraged to use cashless payment options.

Along with the safety protocols and lower attendance numbers, Disney World is also offering a new look to an old favorite at the Magic Kingdom: Cinderella Castle. The refurbished castle features enhanced gold trim and sapphire on the rooftops. Other planned revitalizations are not going to happen this year: when Epcot reopens, new rides such as Remy's Ratatouille Adventure and a Guardians of the Galaxy: Cosmic Rewind roller coaster will not be appearing; Spaceship Earth, , which was planned to be closed for renovations will stay open.

At Disney World on opening day, most park rides were open; but fireworks and parades are gone, and many food stands and dining options remain closed. There are no character meet ups, either, although characters were still visible with pop-up parade float appearances and individual characters at a distance such as on the castle balconies.

Despite the COVID-19 restrictions, hotel and ticket prices remain unchanged; new and different are the shorter lines for rides.

According to Disney Parks chairman Josh D’Amaro, who was named to the position in May, and charged with handling the reopening process, guests are already booking reservations through 2021 “There’s a lot of trust here, both from our cast members and our guests, and we’ve got a responsibility to deliver on that trust,” he says, adding that guests “understand the world is different.” Yes, even in DisneyWorld.