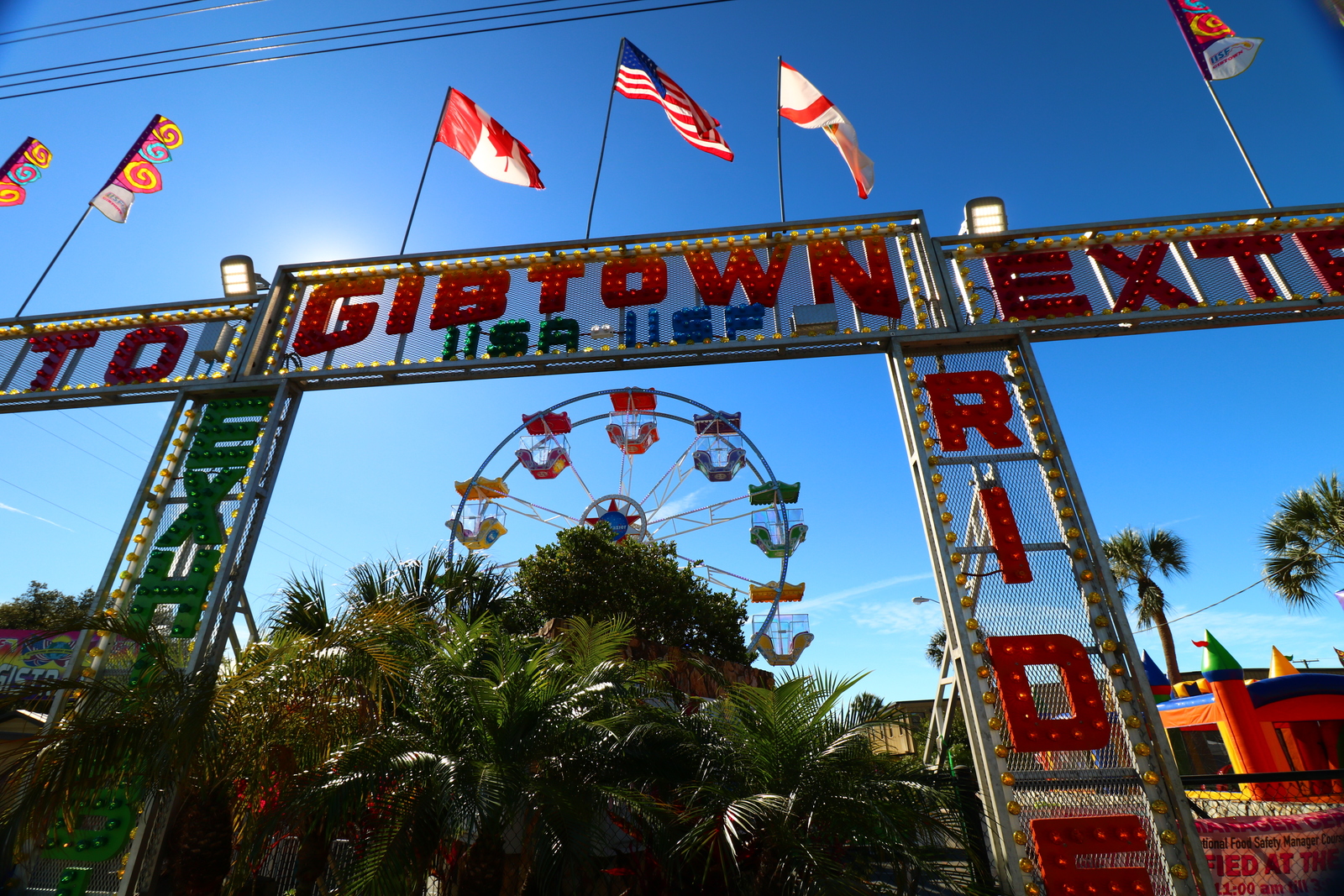 The annual IISF Trade Show in Gibtown is on for now
The show is currently scheduled for February 16-19, 2021

Since the 2020 fair season has not been typical in any fashion, it should be no surprise that the fair industry's convention season will be vastly different than any before.

Conferences, conventions and trade shows are essential events for most industries. From networking, to finding out the latest in industry issues – from career enhancing educational opportunities to showcasing the latest products, services and entertainment – the gathering of peers, colleagues and even competitors to stay on top of the business and current topics during meetings and trade shows is nothing less than mandatory.

In a year filled with cancelled events, truncated routes and vanishing revenues, perhaps these conventions have never been more necessary. But, like many things in 2020, the fair and carnival industry convention season has been disrupted, with cancellations and transitions to online and virtual events now the rule, and even those who have yet to officially cancel are organizing scaled-down events. 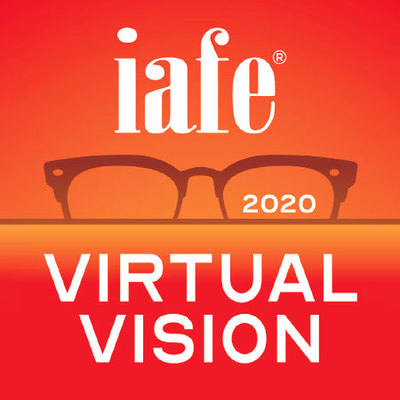 The largest fair convention – attended by upwards of 4,000 fair managers and other industry professionals -- is the annual Convention & Trade Show of the International Association of Fairs & Expositions (IAFE), in San Antonio, Texas. This high-profile convention is considered the kick-off of the fair industry convention season, which runs into February and includes the annual meetings of state fair associations as well as national conferences by the Outdoor Amusement Business Association (OABA), the International Independent Showmen's Association (IISF) and National Independent Concessionaires Association (NICA).

As the pandemic devastated the 2020 fair season, the IAFE was developing a hybrid model for the convention that would include virtual and in-person components, but as registration failed to gain moment, the organization cancelled the annual in-person convention and trade show entirely.

The organization cited an array of reasons all too familiar: travel restrictions – more than a dozen states restrict travel to Texas (i.e. upon return, travelers must quarantine themselves for 10-14 days), continuing coronavirus test spikes and the cancellation of fairs have meant more than more than 90 percent of its members have lost the bulk of a year's revenue – not just for the fair, but for nearly all other fairground rentals.

“With the added uncertainty regarding the potential arc of the disease not only in Texas but across the United States over the next two months, it is the prudent thing to do,” stated Marla Calico, President and CEO, IAFE. A number of staff members at some fairs – especially those which are taxpayer funded at the state or county level –are prohibited from non-essential travel.”

The IAFE was forced to cancel all of its interim events scheduled after March, such as individual “Zone” meetings, its Management Conference and the IFM Summit, so the cancellation of the annual trade show was not exactly a surprise. Instead, the organization created a strictly online event: Virtual Vision, which Calico described as “a new experience. We cannot replicate a convention in a virtual sense.”

Virtual Vision programming covers categories the annual convention is famous for: Education, Marketplace, Presentations and Networking. In addition, other recognizable features include a key note speaker, the annual business meetings, now held on Zoom, and the induction of new organizational officers.

“We are accepting the facts of the situation – it was impossible to move forward with the Convention & Trade Show,” said Calico. “Our team at the Association is really sad about that – it is our "fair" and what we work for. However, the most important thing we can do right now is to keep moving forward and providing everything we can to our members to help them keep pressing on; to give them any tools or strategies that will help them not only survive, but thrive. If that has be to be done in a virtual world, then we are prepared to wow them with Virtual Vision.”

State Association Meetings – annual key gatherings often held in early January – suffer from the same quandary. Many are still in limbo – they have yet to make a decision whether or not to cancel or go entirely virtual and a few, like the Virginia Association of Fairs, have cancelled, but are looking to develop some “virtual components,” said Danny” Byrum, President, VAF.

But like many other fair associations, there's an understandable lack of convention enthusiasm, “Everyone is eager, but there's too much apprehension at this time. A polling of members showed that we would probably only have about 25 percent of our normal attendance.”

The Indiana Association of Fairs is planning to go on, with a somewhat downsized event, eliminating some elements such as Showcase Ceremonies and the Awards Program, but retaining Educational and Meeting segments as well as a trade show exhibition. However, Steve Patterson, Director of Administration, cautions that a final decision is not required until November 22. “We are monitoring the situation with the states and travel restrictions. The event might change based on updated guidelines. We know several will not feel safe attending the event. We would be interested to partnering with another State Association for a virtual component if the event is cancelled.”

The Georgia Association of Agricultural Fairs and the South Carolina Fair Association have been holding co-conventions since 2017. According to Johnny Webb, General Manager, Ga. Association of Ag Fairs, “Georgia is hosting the event which has been downsized and rescheduled for about one month later than originally planned. We are referring to it as "The Georgia/South Carolina Mini-Convention" and it will be free to any of our mutual members –Mutual members include fairs, ride companies, entertainment and services.”

The Western Fair Association Convention and Trade Show is planning to take its convention completely on line, or as its website promises: “We are coming to a screen near you January 4-6.

The largest regional fair association in the U.S., last year's convention attracted 1,226 attendees, representing 140 Fairs. The organization did consider a socially distanced “real life” event, or creating some form of hybrid event – an idea the IAFE also explored – before its 21-member board voted to bring it online. The organization has cut staff and made other austerity measures – the vast majority of its 800 members held no event this year – and California, which has a vast county fair network, also has the most severe travel restrictions.

“Everyone is feeling the pinch,” said Sarah Cummings, President & Executive Director, WFA. “There's a cost savings, and health awareness. People do not have to travel to experience our keynote speakers, our educational sessions, and the social networking events. We're very excited. We're focusing on keeping our members empowered, exciting and moving forward.” 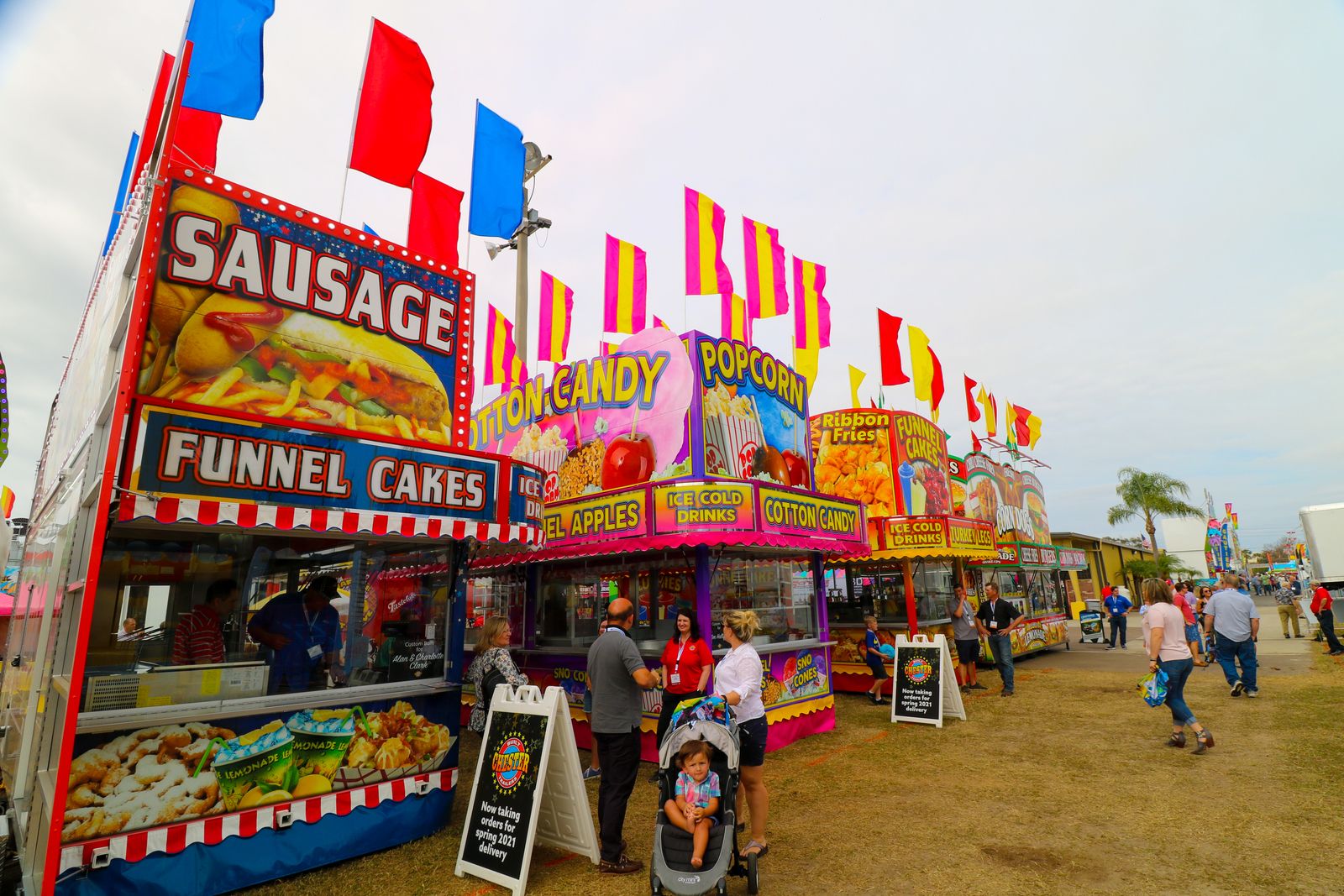 The “Convention Season” of the carnival and fair industry draws to its unofficial conclusion in early February with a cluster of inter-related conventions under the umbrella of “Florida Week: the NICA Business Expo & Fare Foods Show, the Annual IISF Gibtown Trade Show and the OABA's Annual Meeting & Chair's Reception.

As of now, organizers are confident – well, as confident as one can be in the Covid-19 era – that shows will go on. Florida may be on most restricted travel list, but the state is fully open – per a Sept. 25 Governor's Order – with bars, restaurants and other facilities operating at 100 percent capacity. What the scenario will be in February may be unknown, but the organizations are going forward with their conventions.

But, since the industry is notorious for waiting until the final moments before deadlines to register for most conventions, right now it's a finger's crossed waiting game in terms of what forms those conventions will take.

“We're very optimistic, we do not want any negativity moving forward,” said Teresa Rimes, Trade Show Secretary for the IISF, who pointed out that the organization's “clubhouse,” – a facility that hosts events – has now reopened and already has hosted a range of gatherings, including Bingo and a Fishing Tournament.  This month, the organization announced its plans to host Gibtown Bike Fest this January.  The organization currently has no plans to virtualize – either fully or partially – this annual networking event for carnival company owners and staff and other midway professionals, but the convention's scope has understandably shrunk.

Downsizing for the convention as of now, includes the cancelling of a banquet and probably exhibits by some ride manufacturers. Even in a normal year, registration and booking is only in an embryonic stage until the end of November, but the early signs so far point to lowered expectations for a live convention. “Contracts went out in July and the returns are sparse,” Rimes said. “There are a lot of vendors who are simply limited by what they can do. Ride manufacturers, from the Czech Republic for instance, are under a travel ban.”

The NICA Business EXPO and Fare Foods Food Show is “Moving Forward”, said  Rey O'Day, Executive Director, with planning encompassing all options – A) in person, B) all virtual and C) a hybrid of in person/live and virtual.

“We have confirmed with the Tampa/Brandon Sheraton Hotel, while exploring virtual options for workshops, trade show exhibitors and meetings,” she said. “We know that the key reason you come to conventions is to network and be together, so if that is possible to safely do at all we will try. Saying that, we also know that our members are also affected by travel restrictions, the need to conserve financial resources, and quarantine requirements. The good news is that during the pandemic we have all learned there are ways to find the good deals and sign up for them, conduct educational sessions, check in on each other on Zoom, and watch, and in some cases, engage in, live meetings virtually. “

On the upside of either B or C option, O'Day said  “Virtual also means that we will be able to open our event to the participation of all our members across the country who have been unable to attend in the past.”

For the OABA, there are no virtualization plans, at least not yet. “We're literarily getting ready to plan the annual meetings and what the OABA will be doing during Florida Week,” said Greg Chiecko, President & CEO. “My feeling though, is we've all had enough virtual meetings and to draw up a road map for 2021, we want to get together. The fact is our industry likes to meet in person. When we talk to somebody, we need to see their expression. We need have that personal feeling you just can't get on ZOOM.”

This seems to sum up the conflicted reality to the convention outlook. Technology means many vital aspects of conventions, meetings and trade shows still take place. Perhaps even some forms of networking and discussion can successfully transition to online platforms.

But no one denies that nothing can replace the in-person experience of a live, real time, convention.

“The human connections are critical in face-to-face interaction,” said Calico. “Nothing will ever replace that, and everyone is missing that, in every aspect of their daily life. We all are longing for human touch and smiles and a chance to share a meal or beverage in a normal setting. This is why I believe when we can all gather again – at events, at conferences, at fairs – we will see pent-up demand to return.”

RELATED:  View a compiled list of Carnival & Fair Industry Conventions and their status for 2021

The annual IISF Trade Show in Gibtown is on for now