Playland's Castaway Cove in Ocean City, N.J. is getting ready with its plans to rebuild the iconic waterfront attraction's arcade. The fire which raged last winter took out a popular pirate ship attraction along with causing other damage. But now, at last, the city's planning board has provided an official thumbs-up for new improvements to the location.

After the fire in January 2021, the boardwalk amusement park and a cadre of architects and engineers worked to develop a rebuilding plan, and at last, foundation work has been laid down. Steel pilings and concrete planks are coming into place to start the repairs. There were no injuries caused by the fire, and most of the rides were untouched, allowing the park to operate last summer almost as usual.

For now, the highest priority is rebuilding Playland's pirate ship. The iconic structure was destroyed by the fire but had greeted guests as they entered the amusement park location since 1998. And those guests want it back.

According to Playland's Castaway Cove vice-president Brian Hartley, “The number one question was about the pirate ship — whether I was downtown selling tickets or people asking on Facebook or email. People wanted the pirate ship back.”

And so, he incorporated its reconstruction in the rebuilding plans. “It was something that really evolved over time into a landmark. We never considered until now that it meant so much to so many people.”

The city's planning board unanimously approved Playland's plans, including the addition of new space for storage and office space on the second floor of the arcade building, which required variances for construction, although the project's footprint remained the same.

Hartley called working with the planning board a cooperative process. “They were really great to work with. They put together a subcommittee first, so the [plan approval] meeting was really a formality.” 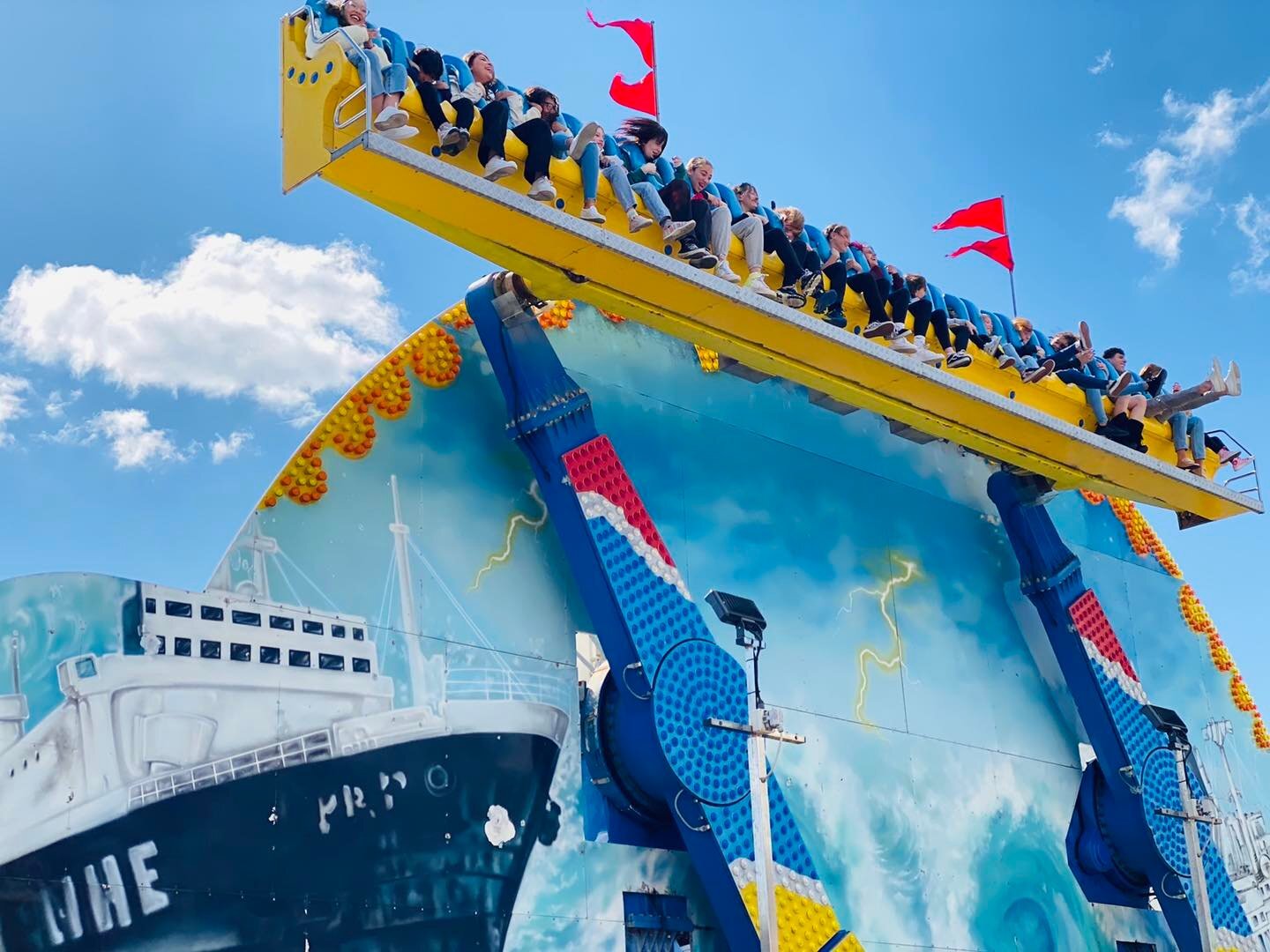 And so, the pirate ship should be returning to its legendary spot, on top of the revamped arcade building, by the end of the summer this year. But it won't be only that welcome return that should make waves for the boardwalk amusement park this summer. Hartley, along with Playland's owner Scott Simpson, had been developing other new plans for the park before the fire.

“Our long-term plan, before the fire happened, was to add some sort of attraction. We will continue to explore that option,” Hartley related. “We would like some sort of ride, a monorail, a roller coaster, something that will definitely add thrills.”

Currently, the park offers 32 rides. Among the thoughts are the addition of a thrill attraction on top of the building. Plans are still in process for that idea, which Hartley said will focus on “what we can make work in that space that would be thrilling and exciting for the public.”

The new arcade building's foundation was put in place in the late fall of 2021, with all future construction occurring in phases. The first phase, the reimagined arcade building, will be followed by a second phase to specifically add the pirate ship. Ahoy, mateys! The classic ship should be “ashore” again by 2023 and rebuilt using the ship structure's original plans. Included will be the ship's signature pirate and parrot.

The third phase will be designed to build the new attraction Hartley and Simpson are considering, above the building.

At present, architects are busily working on designs for the new arcade building's interior, with work on-site scheduled to begin in late February. Along with the games arcade, the building also included a Dairy Queen operated by Playland itself, and two tenant eateries, the Hamburger Construction Company and Brume Juice, were destroyed in the same building. While Playland will be reopening a Dairy Queen at the site, the owner of Hamburger Construction Company retired, allowing space for a new tenant, still to be decided. 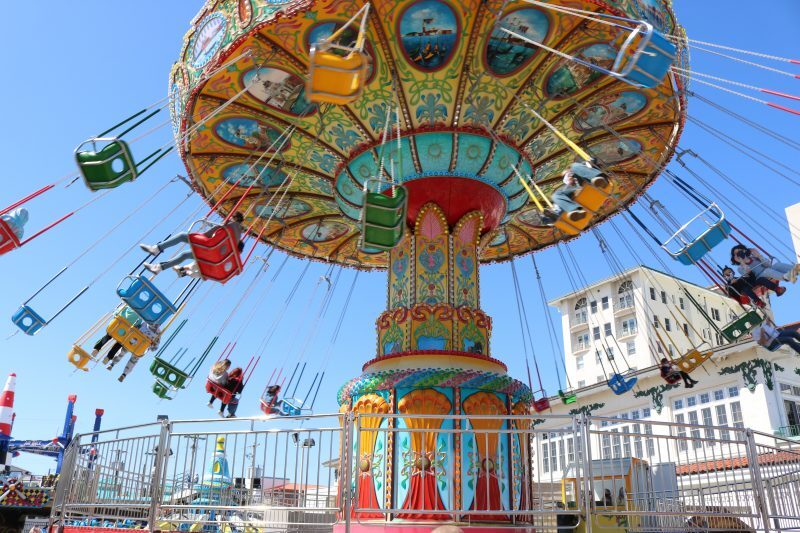 The original arcade building was once part of the 1939 New York World's Fair. It was  disassembled and then moved to the boardwalk in 1959. The pirate ship was added to the building in the early 1990s.

Hartley says that the new arcade will be likely to open in time for spring break in 2023. But the final completion date will depend on the availability of construction products as well the weather. With supply chain and residual pandemic difficulties, construction could take longer than anticipated, although Hartley is hopeful it will not.

Getting the replacement arcade games is another factor involved in a full reopening. But, if the weather cooperates, there is a possibility that the structure could reopen this year. “We're thinking there's an outside shot that we could have something open late summer — maybe August. If not, we'll have to put off the opening until spring 2023,” Hartley asserted.

Just as they did last summer, with the majority of the park's rides undamaged by the fire, operations will be running as usual. Last year, guests entered the park through an easement at an adjacent boardwalk business. Hartley is still determining whether that will be necessary again this year to allow park entrance and exiting.

However long it takes to finish reconstruction and setting that pirate ship sailing on the arcade again, Playland's Castaway Cove will be open again this summer, as it has been for over 60 years.