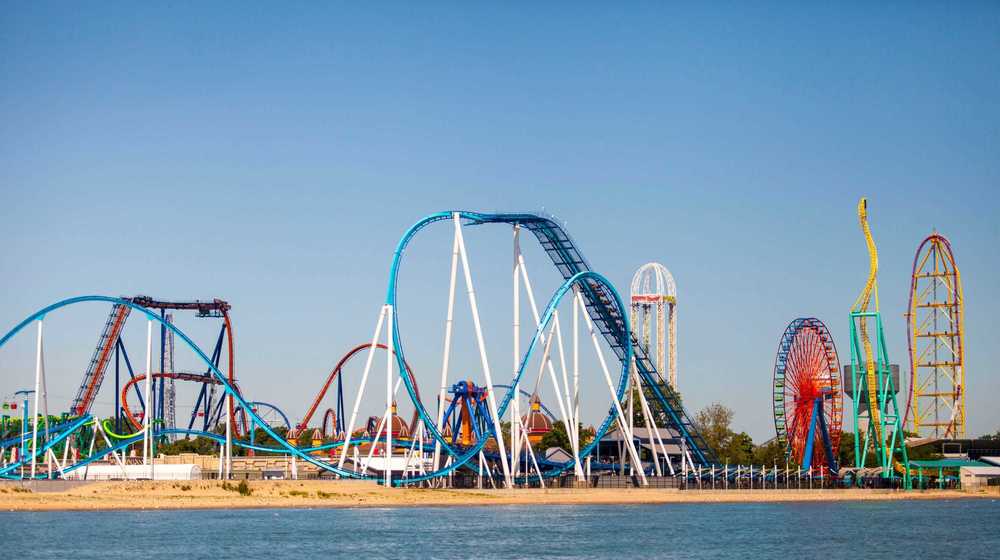 Cedar Fair, based in Sandusky, Ohio, and the parent company of 11 amusement parks rejected a $4 billion offer from Six Flags, in early October. According to Reuters, the offer was rejected for being too low with an offering of $70 per share.

Cedar Fair stock was trading at about $58 per share before the proposed sale was reported on a Wednesday; and at $61.05 a day and a half later; falling to $58.19 a day after that.

Dennis Speigel, president of International Theme Park Services consulting, values Cedar Fair at between $5 billion and $8 billion, and at the time, suggested Six Flags might return to pursue the merger with a higher offer. He said “Nobody puts their optimum offer out at the beginning. There's always a round of back and forth. Usually the first number is not the last number.”

However, by Friday, following a meeting with Cedar Fair execs, Wells Fargo analyst Tim Conder called the possibility of a sale “highly unlikely…While no specific comment was made regarding a bid… management did state that the company is not looking to be sold.”

Six Flags and Cedar Fair are two of the biggest players in the amusement park industry in North America, aside from Disney and Universal, with a combined total of 42 parks across the U.S.

The possibility  of a merger was not a big hit at the headquarters of Cedar Fair and its flagship park, Cedar Point in Sandusky. Cedar Point will be celebrating its 150th anniversary in 2020. The consensus among analysts was that an offer of anything less than $70 per share would be rejected.

James Hardiman, an analyst with Wedbush Securities, recalled the failed sale of Cedar Fair in 2010 to Apollo Global Management, a private equity firm. Despite Cedar Fair executives recommending the sale, stakeholders revolted and the deal was terminated.

Both Cedar Fair and Six Flags operate popular, well-thought-of parks Hardiman attested, stressing that Cedar Fair spends more than Six Flags; and the latter is perceived among amusement park pros as being “a little more cookie cutter.” He added that the perception of Six Flags, a carry-over from the past, is that the parks are more focused on teens and less family-oriented than Cedar Fair.

The two parks compete in only two states, California and Missouri. Based in Texas, Six Flags owns 15 amusements parks and 11 water parks in North America. Cedar Fair owns 11 amusement parks and five waterparks in the U.S. and Canada.

Interestingly, the two parks have an intertwined controversy in historic Aurora, Ohio amusement park Geauga Lake.
Premier Parks, which later purchased Six Flags, acquired Geauga Lake in 1995, rebranding it as Six Flags Ohio and later, Six Flags Worlds of Adventure. Cedar Fair bought the property in 2004 and closed it in 2008, with the exception of the waterpark section, Wildwater Kingdom, which stayed open until 2016. Today much of the land is vacant.

While theme park consolidation in a fragmented industry makes sense, Cedar Fair needed a better price to take Six Flags offer seriously. The deal offered was also primarily in stock, which can be a problem for acquisitions that take time in closing. And while combining Six Flags and Cedar Fair would result in some compelling cost-saving, and the transition would be easier during the seasonal lull, Cedar Fair is coming off a strong quarter.

The bottom line is that if combined, the two parks might become a dominant force in the regional amusement park industry; however there is no compelling reason for Cedar Fair to accept such an offer without a stronger financial incentive for its stakeholders. There is a great deal of personal loyalty among amusement park fans for the Cedar Fair brand, and not a lot of overlap with Six Flags.

Today, the $4 billion proposed merger appears to have passed away, although Six Flags left the door open to what officials termed as “attractive opportunities” for industry consolidation with rivals like Cedar Fair.
“There is no bid for any company that's out there,” Six Flags CEO Jim Reid-Anderson said on Wednesday, Oct. 23, adding “We're not in the process of negotiating anything.”

A counter offer from Six Flags for Cedar Fair is not anticipated, according to Reuters.

Also on the 23rd, Reid-Anderson noted “We are always assessing opportunities for which there is a compelling rationale. Over the last few years, discussions have occurred with most regional players in the industry. Those discussions have taken place over many months, and in many cases, years.”

In short, although Cedar Point hardly seems on the verge of being acquired by Six Flags, Six Flags may still “come a courtin'” again in the future.