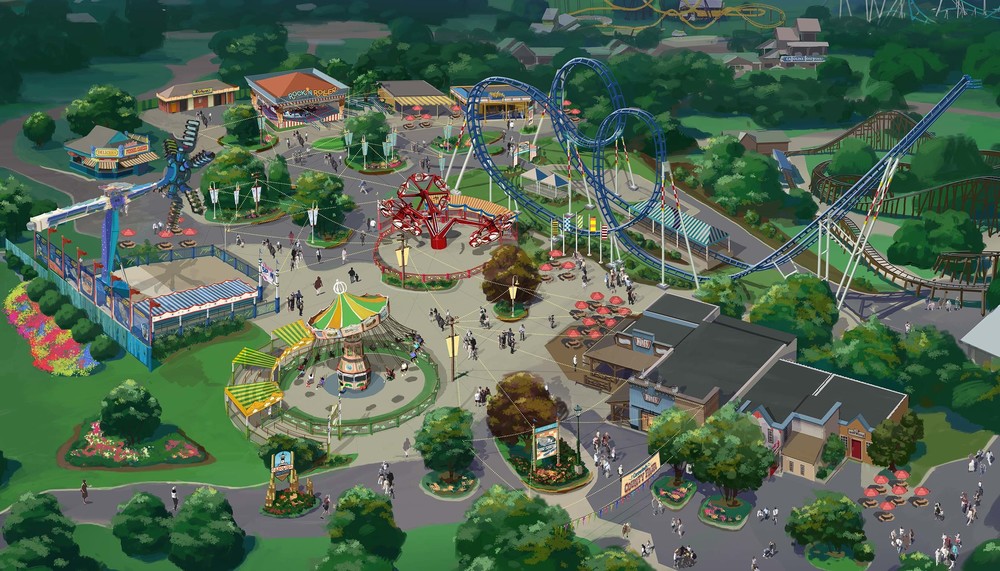 Cedar Fair may be known for its big coasters, but for 2020, rather than adding new coaster rides as in past years, there will only be one new large-scale coaster ride, Orion at Kings Island.

The rest of Cedar Fair’s large parks will be going for nostalgia in a big way with anniversary celebrations, merchandise, and food items from the past.

At Knott’s Berry Farm in Buena Park, Calif., the theme for that park’s 100th anniversary is “A Knotts Family Reunion.” Set for summer, it will include displays about the park’s history, as well as iconic food and merchandise.

Cedar Point, the flagship park of the company, is celebrating its 150th Anniversary, with similar throwback foods, merchandise, and park displays. Cedar Point’s celebration will include a new nighttime show that will take place along the park’s main midway area. The Town Hall will be revamped, with a look at the park’s history. And, a new river expedition ride is planned that is described as “family friendly.” The attraction will focus on the park’s nostalgia with a ride that builds upon the park’s Paddlewheel Excursions, which closed in 2011. The park calls the new ride, a completely new experience, “A river expedition for a new generation.” The original ride was replaced for the debut of Dinosaurs Alive! which closed itself a year ago to make room for the interactive experience Forbidden Frontier on Adventure Island.

The park also added a new Gold Pass for $99 that allows unlimited park access for the 2020 season’s celebration. Included are unlimited visits for the rest of 2019, including the park’s lively HalloWeekends. The pass includes free parking, food and merchandise discounts, bring-a-friend admission discounts and Gold Pass-exclusive ride times, which means Gold Pass Holders can ride some of the park’s biggest attractions prior to standard park opening time.

While not a part of the Cedar Fair anniversary celebration, the company recent acquisition of Schlitterbahn waterparks in New Braunfels and Galveston, Texas, as well as an open offer on a third Schlitterbahn waterpark in Kansas City adds to the excitement. The company is expected to add some of its own look to the parks next season.
Speaking of waterparks, Cedar Fair will also be adding a new water park this year at California’s Great America. Called South Bay Shores, it will feature seven new water attractions, new and upgraded food and merchandise locations, premium cabanas and a sandy beach play area. The waterpark will also be themed to fit the Northern California coast and the South Bay area

At Michigan’s Adventure, park goers will find a new Camp Snoopy arriving. This edition of the Camp Snoopy theme features five family rides, including a family-friendly roller coaster, fresh and natural landscaping, and toddler to tween-centric rides. The family-friendly coaster is the Woodstock Express, which offers a wide range of ups and downs for everyone, not just tots. Although mild, the ride’s motion will be geared to resemble the flight of Snoopy’s bird-friend Woodstock. At Beagle Scout Lookout, the ride will feature a bright hot air balloon that floats skyward. Kids Mud Buggies allow little riders to climb into bouncy all-terrain vehicles on their own. The Camp Bus ride is another family ride that lifts guests up and down with Snoopy behind the wheel. The Trail Blazers ride puts riders in an off-road style track experience. And lastly, there will be a new Beagle Scout Acres, featuring a large-scale climb-and-play structure with both interactive and climbing elements.

At Carowinds, this Cedar Fair property will add the Grand Carnival experience to their line-up, the park’s Mardi Gras party celebration. The event will run June 13 - July 5, 2020.

Also coming to Carowinds: what is billed as the longest mat racing slide in the Southeast, the Boogie Board Racer. It was custom-designed for the park by WhiteWater West.

Also designed by WhiteWater West is the Riptide Raceway, scheduled for Worlds of Fun. At that Cedar Fair Park location, this attraction is billed as the largest mat racer slide in – the Midwest.

Dorney park adds Seaside Splashworks, which is described by Cedar Fair as a multi-level fortress-style water play area with a beach-theme design and six water slides which combined give guests 430-feet to slide. There will also be interactive spray jets, water cannons, a net bridge trail, and a large-scale tipping bucket, as well as a splash zone for tots. The attraction will also offer lounge chairs and shades, and is described as being “designed for parents.”

North of the border, Canada’s Wonderland adds the Mountain Bay Cliff diving pool along with a small kiddie ride.

Meanwhile, in Virginia, Kings Dominion is also adding a water attraction, called Coconut Shores. The area is designed to be primarily for kids with a small wave pool and new water fortress, but is also billed as a family attraction. Sand Dune Lagoon, is toddler-friendly wave pool with 1-foot tall waves and interactive elements; Lighthouse Landing is a multi-level play structure with interactive elements as well. There will also be a new dining facility in the area, geared toward families.

Overall, summer celebrations and new waterpark attractions are set to boost attendance in the highest-volume times of the year for Cedar Fair, and it looks like Cedar Fair is banking on the nostalgia factor rather than thrill rides, as it prepares to celebrate major park milestones. 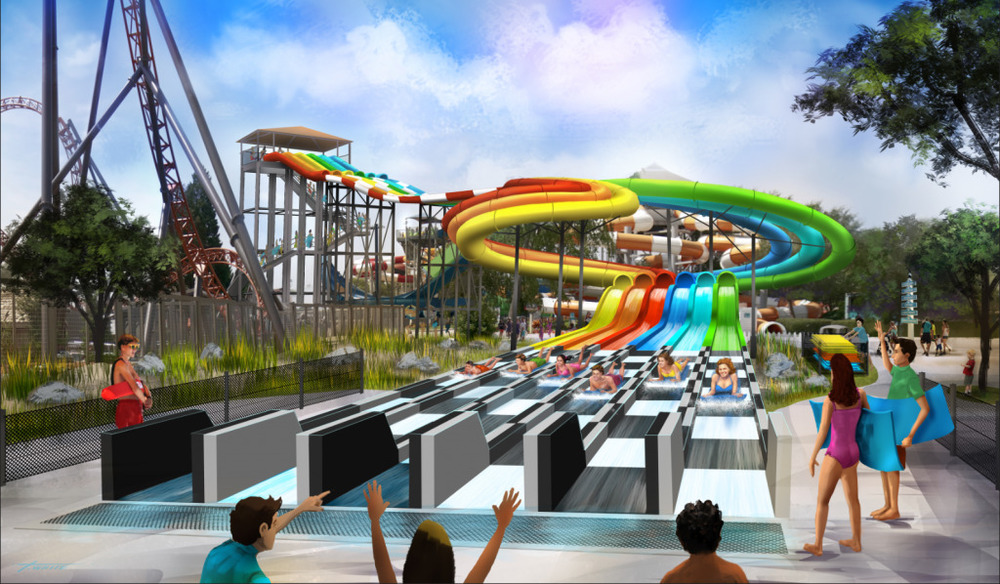