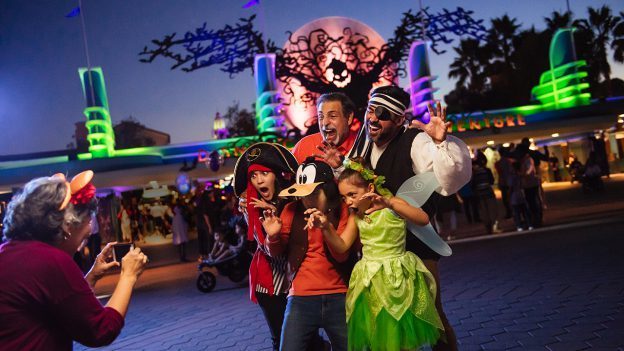 Halloween Time may be just as big a seasonal attraction as the winter holiday season for the Disneyland Resort, in Anaheim, Calif. The entire complex is decorated for the season, from parks to hotels.

At California Adventure, it’s the Oogie Boogie’s Bash for a party, a sold-out, extra-ticketed event that begins at 6 p.m., and also offers ticket holders park admission for 3 to 4 hours prior to the event, depending upon the day. A World of Color show featuring Disney’s signature villains, a Descendents-franchise dance party, and the Headless Horseman-led “Frightfully Fun” parade are among the attractions to attendees. Also included are trick or treat “trails,” and Villains Grove, a zone with misty paths peopled by costumed Disney bad guys, the characters that fans most enjoy rooting against. Mickey’s Halloween Party, usually held in Disneyland, is taking a year off.

In Disneyland, all the Halloween attractions are included with park admission. The Haunted Mansion Holiday focuses on The Nightmare Before Christmas story, and is a tradition by now at the park. A Halloween Screams project and special effects show is no longer a separately ticketed event, which is the big news. Fireworks are also a part of event which additionally features villainous Disney characters, and both are open for all park attendees.

Costumed characters such as Mickey and Minnie Mouse will be clad in Halloween costumes; characters such as Jack Skellington and Sally will also be present for meet and greets, as well as a selection of other popular Disney evil-doers such as Maleficent, Captain Hook, and Cruella de Ville.

Elaborate décor begins on Main Street with pumpkins and orange bunting, and includes an extra-large Mickey Mouse pumpkin for photo ops. Décor in Frontierland features a re-creation of Ray Bradbury’s The Halloween Tree. There are also a bevy of Dias de las Muertos decorations.

Going back to California Adventure, along with the ticketed party attraction, there are a wide range of other Halloween attractions. In Cars Land, the standard Mater’s Junkyard Jamboree transforms into Mater’s Graveyard JamBOOree; Luigi’s Rollickin’ Roaders is now Luigi’s Honkin’ Haul-O-Ween. Fillmore’s Jack-Oil Lanterns, Flo’s Spider-Car, and Witchy Miss Lizzie’s shop are among the other Halloween changes. The entire Cars Land location from Radiator Springs to Radiator Screams is transformed for the season.
And, Guardians of the Galaxy-Mission: Breakout! becomes Guardians of the Galaxy-Monsters After Dark starting at 6 p.m. Instead of the pop song soundtrack that usually plays during the ride, the attraction offers a specially-created song for the season called “Monsters After Dark.” Overall, the ride gets darker in tone as it centers around riders’ cars used as bait to distract monsters released from their cages from eating Baby Groot. The story behind the ride’s evening transformation is that Groot was left behind and the Collector’s Fortress is overrun with beasts. Riders team up with Rocket.

The event’s culmination is it’s “Musical Celebration of Coco” street party, crafted to feature songs from Pixar’s Coco in performances by the Storytellers of Plaza de la Familia, singer/storyteller Mateo, a folklórico dance ensemble, and the Grammy-winning Mariachi Divas. The park is promoting this attraction more than usual this season, as it has been a sometimes-overlooked destination during the Halloween events.

Halloween merchandise, primarily themed to The Nightmare Before Christmas is also a part of the Disney Halloween Time experience.
Overall, the main changes for 2019’s Halloween Time events at Disneyland are due primarily to the much-heralded opening of Star Wars: Galaxy’s Edge over the summer. The Space Mountain: Ghost Galaxy overlay is not scheduled, because the Star Wars-inspired Hyperspace Mountain is continuing its run; the move of the big Halloween themed party from Disneyland to California Adventure was done in part to draw more guests to Disney California Adventure during the busy season, and away from Galaxy’s Edge, a decision made most likely before crowds were thinner than expected for visiting the Star Wars attraction, although it is very popular with guests. 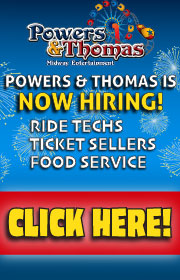