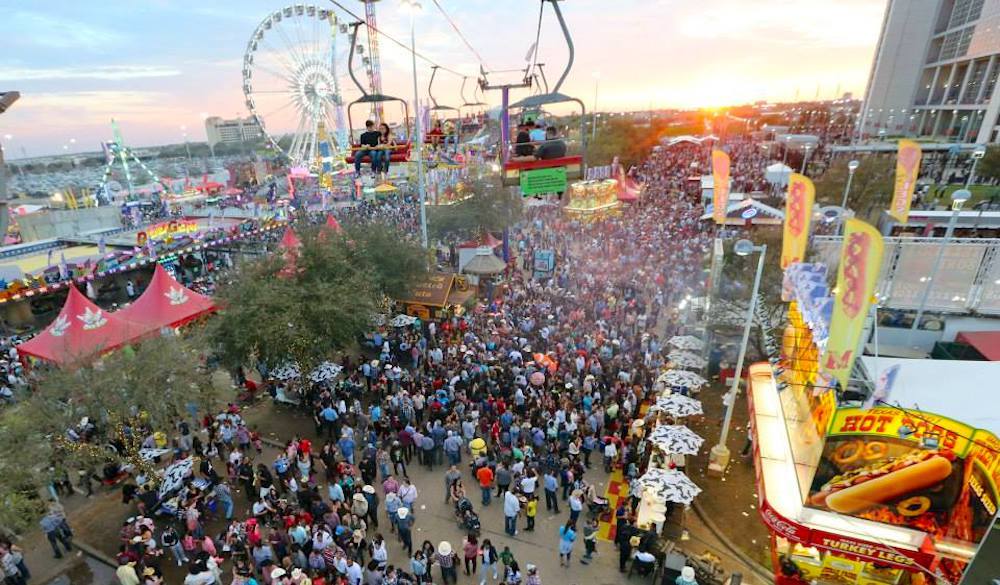 City of Houston Cancels Livestock Show Due to Coronavirus Concerns

Like the rest of the world, the fair industry is on high alert regarding the novel  Coronavirus. Government and Public Health Authorities are scrambling to prevent mass outbreaks with a variety of safety precautions, pronouncements, and actions, including cancelling public events.

Instead of its usual study of ride, food and exhibition trends in the high-profile fairs in Florida and the Rodeo & Livestock Shows in Texas that traditionally open the U.S. fair season, an apprehensive industry is looking at how these iconic events are coping with what is shaping up to be a global pandemic.

Within the first week of March, amid constant news reports about the global spread of COVID-19, the Ultra Music Festival in Miami was postponed to a yet unnamed date and the SXSW Festival in Austin was cancelled. Miami also cancelled its Carnaval Miami and the annual Calle Ocho Festival. On March 11, it was announced that the perennial #1 or #2 event in the country, the Houston Livestock Show and Rodeo, would close early.

In a few short weeks, the virus has been detected in every continent (except Antarctica) and nearly every state in the U.S.  Federal, State and local government agencies are scrambling to respond to the crisis, issuing new handwashing and other guidelines for public hygiene, encouraging workers when possible to work at home and cancelling many types of public events.

Cancelled – or postponed until an unspecified date – concert tours, trade shows, conventions and other public events continue to be reported in the news. For now, fairs and carnival companies have added hand sanitizing stations, sanitizing wipe dispensers and public-service signage throughout fairgrounds and midways hoping that will be sufficient to eliminate possibilities of spreading the virus, enabling these annual events to continue.

The International Associations of Fairs & Expositions (IAFE) has become a central clearing house for information. Since February the association has a dedicated information portal on its website and at an IAFE event held on March 6 in Columbus, Ohio, programming was altered to make room for a 3+ hour session on COVID-19, addressing the multitude of issues emerging due to the crisis, including: Steps fairs are taking to keep guests healthy; communication (what to say, when to say it, what channels to use); insurance coverage and force majeure (unforeseen circumstances) clauses that fairs will have to reckon with in case of a closure.

“Fairs are, of course, concerned – as is every other event of any type and size,” said Marla J. Calico, President & CEO, IAFE. “Prior to the release of our first notice to members (February 26) we'd heard only from two members with questions, and both dealt with the question of event cancellation insurance. With ensuing communications sent to members and the constantly updated resource page, what we are hearing is the word "thanks" from members who appreciate the efforts to provide them information and resources.”

The biggest threat fairs fear of course is event cancellation, but as of early March, most fairs have evaded the shutdowns afflicting other events. “Of course, they are worried, especially since the decision to cancel is out of their hands and in that of governmental authorities,” she said. “We have been in touch with all member events happening between February 29 and March 31 up through yesterday (March 9) all were progressing as planned.” (Editorial Note:  The Houston Livestock Show and Rodeo was canceled just two days later after our interview)

While Disney Parks in Shanghai and Hong Kong have been closed due to the Coronavirus, Disneyland and Walt Disney World remain open.

EDIT:  On March 12, Disney announced that Disneyland in California will close on Saturday, March 14 and Walt Disney World in Orlando will close at cease of business on Sunday, March 15.  Both will remain closed at least through the end of March.

According to Calico, the first major IAFE member fair outside of US is the Royal Sydney Easter Show, which opens April 3. Considered the largest outdoor event in Australia, the event's annual attendance usually exceeds 900,000. As of press-time, the fair will continue although an attendance dip seems probable.

“It is likely they will have economic impact if only because of the volume of Asian visitors to Australia is normally a very significant portion of foreign visitors all year, and especially for major events,” said Calico. “I know that the Canadian Association of Fairs & Exhibitions is working with their members to provide resources, but the majority of our members' events in that country are not until August and September. A lot could change.”

What seems to be the deciding factor differentiating fairs from other events such as SXSW is the geographical scope.

In an official statement in released in early March, Houston Mayor Sylvester Turner stated: “While I understand the concern expressed by some, based on the current situation, public health experts indicate there is no need for the general public to avoid large gatherings in Houston. This is true of the Houston Livestock Show & Rodeo, which has taken extra measures to help ensure the health and well-being of its attendees… I know news of the cancellation of SXSW likely heightened the level of concern among some Houstonians. However, there are significant differences between the two events. SXSW attracts people from more than 100 countries, which raises the risk of COVID-19 transmission based on community spread occurring internationally. The Rodeo is primarily a regional event with attendees from the Houston area, where there is currently no community spread of COVID-19.”

Despite these statements and efforts for containement, the City of Houston and the Houston Health Department asked the Livestock Show to close on short of its full run on Wednesday, March 11th.

Ultimately, the Mayor Turner's reason for shutting down the event was due to concerns about a Montgomery County man with no recent travel history who tested positive for COVID-19.  During a news conference, Turner and Harris County Judge Lina Hidalgo explained that the Montgomery County case is the Houston area's first known case of the virus that was contracted without the patient traveling.  County officials said that this was the direct reason for the cancellation of the event and all other events produced or permitted by the city will be cancelled through the end of March.  Officials explained that the patient attended a barbecue cookoff at the Rodeo late last month.

Officials from the Rodeo were “deeply saddened” but agreed with the city's move to cancel the popular annual event.

"As hard as this is to do, it is the right thing to do,” said Joel Crowley, president and CEO of the Houston Livestock Show and Rodeo.

Apparently the combination of hygiene products and protocols and the recognition that the fairgoer population drastically differs from less regional events has meant that even in cities where largescale public gatherings have been cancelled, authorities have largely given the green light to fairs. Two major mid-March events – Rodeo Austin and the Miami-Dade County Youth Fair – will go ahead as scheduled, in spite of recent cancellations of events.

EDIT:  On March 12, the Mayor of Miami-Dade announced that the Miami-Dade Youth Fair would be postponed.  The fair was scheduled to open on March 12.

Rodeo Austin issued an official statement that in part read: “… At this time, Rodeo Austin has been advised by County officials there is no immediate reason to cancel our events.

A March 5 article in the Miami Herald reported that the 2020 youth fair will have 239 sinks and 151 hand-sanitizing stations  and Lysol wipe dispensers at all “99 rides on the Midway as well as, hand sanitizer being positioned at every ticket, food, merchandise and game booth. In addition, a “disinfectant team” will be cleaning door knobs, tables, and other areas.

The paper quoted Eddie Cora, President and CEO, Miami-Dade County Youth Fair': “We have a safety plan in place that works year after year. The difference this year is that we're upping that to the 10th degree ... in all, we'll have over 600 points where a person can wash their hands or sanitize their hands.”

Frank Zaitshik of Wade Shows just finished the company's run of early season Florida events, including the South Florida Fair, Florida State Fair and Central Florida Fair, noting that while Cornavirus awareness is top of mind for fair staff and fairgoers, the events “didn't experience any decline in attendance or spending. There's more awareness on everyone's side, more meetings with fairs and everyone is moving forward and doing things to make our guests as safe possible.”

Right now, Wade Shows, like other carnival companies, is busy installing dozens of hand-sanitizing stations, sanitizing wipe dispensers at rides and midway concessions, admitting “a lot of places are sold out.”

Zaitshik has not heard of any his upcoming events being cancelled, such as Fiesta San Antonio which begins on April 16, about a month away. The only thing for certain is that the COVID-19 crisis has been unpredictable and a lot can change in the next few weeks. “It's day by day, almost hour by hour, it's like a moving target. Most nearly every event we are booked for is committed to moving forward as long as government officials and city or county health officials feel it is prudent to do so. I am cautiously optimistic.”

Besides being on backorder for the sanitizing products, carnival companies and midway providers face another shortage – plush. The vast majority of prizes at game concessions are manufactured in China and with quarantines imposed due to the Coronavirus outbreak, the plush supply chain has been severely disrupted.

One problem is that the making of prizes like the latest Pokémon character can involve three or more manufacturers – the mill that makes the material, the factory that produces the plastic eyes and other details and of course the factory that assembles the final product. Delays of up to five weeks are being experienced by companies such as Toy Factory. “Everybody should be concerned. What I am hearing is that there is a lull because all the workers are not back yet. But they are coming back, only slowly,” said Sidney Karmia of Toy Factory.

Karmia estimates that factories are running at about 40 percent, but that as the quarantine restrictions are lifted that capacity is increases. “Workers are trickling back. They want to get the orders out and get to producing the factories. It's hurting their economy. I'm optimistic but there's been a five week lull.”

City of Houston Cancels Livestock Show Due to Coronavirus Concerns