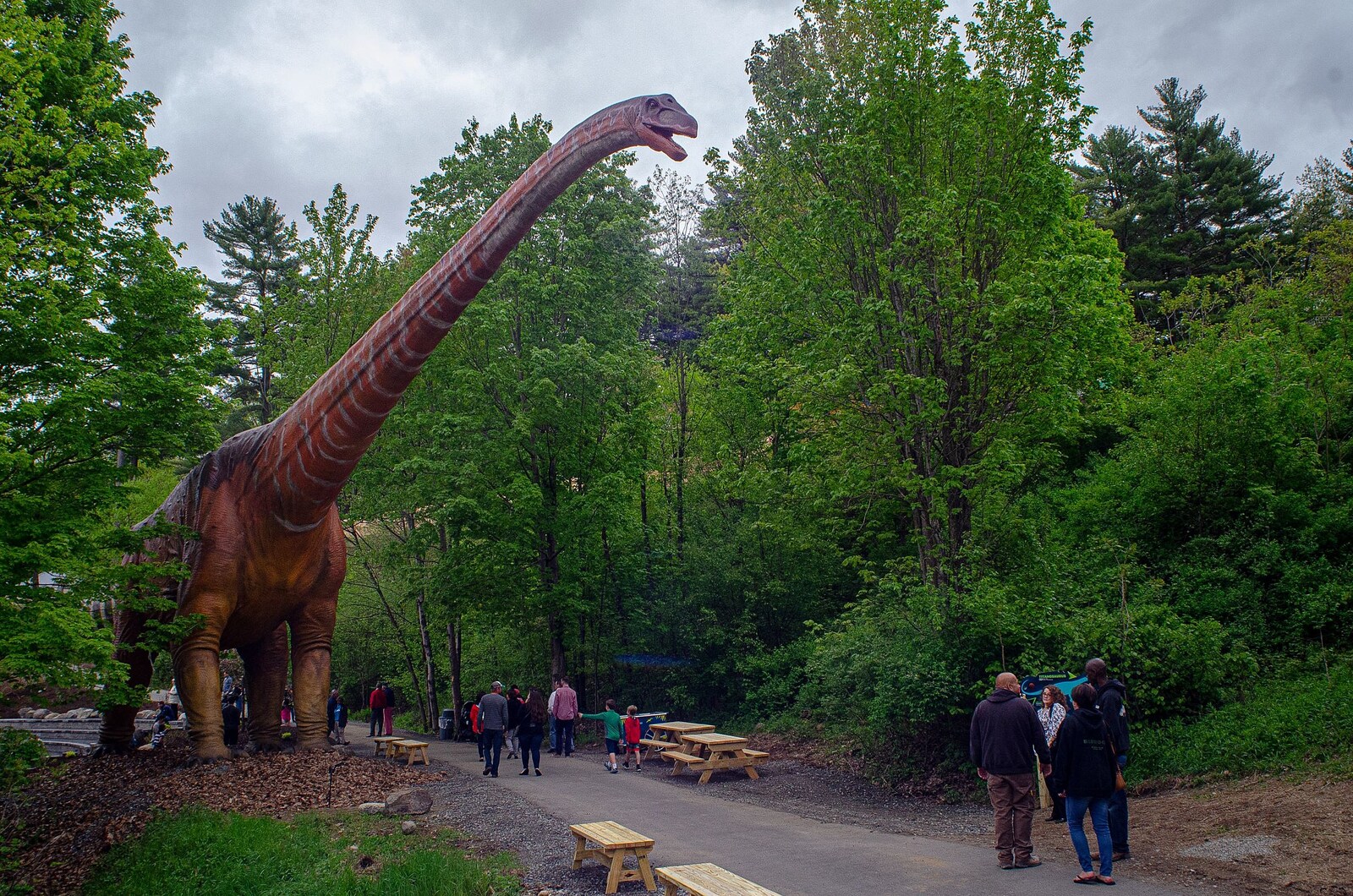 Located ten miles from the New York state outpost of Legoland, the dinosaurs are coming to Walkill, N.Y. Featuring roaring, motion-filled animatronic dinos, Dinosaur Kingdom is planned for positioning on a 136-acre property located right off the busy Route 17.

Guests can experience dinosaur history and become involved in an experience that simulates being with a T-Rex or two in the natural wilderness. The area is looking forward to this kind of new park, according to community leaders; lack of tourism during the pandemic has left a gap in the income of local businesses, including a premium outlet mall. Such a park could revitalize the region.

Dinosaur Kingdom is the outgrowth of a lightbulb moment from grandfather and real estate investor/developer Neil Gold of New Jersey. The multi-million-dollar Orange County Dinosaur Park, LLC, operates other dinosaur-themed parks in Leonia, N.J. and Derby, Kan. Modeled on the New Jersey attraction, the Walkill park will include live shows, scenic trails, and 30 or more animatronic dinosaurs including pterodactyls and of course a mighty T-Rex. There will be a mix of static dinosaurs with those having animatronic motion. A train around the park and trails leading to dinosaur vignettes, a dinosaur fossil dig area, as well as dinosaur themed playgrounds are all present at the New Jersey location. Gold hopes to provide a similar mix of entertainment and educational information that will blend theme park magic with an outdoor location educational experience that will also attract school field trip groups as well as families.

The park will feature its attractions primarily in the existing, wooded and scenic upstate New York environment. Gold terms the future attraction a “great benefit to all of Orange County.”

The venture will join a herd of dinosaur parks already bringing family fun to different communities. 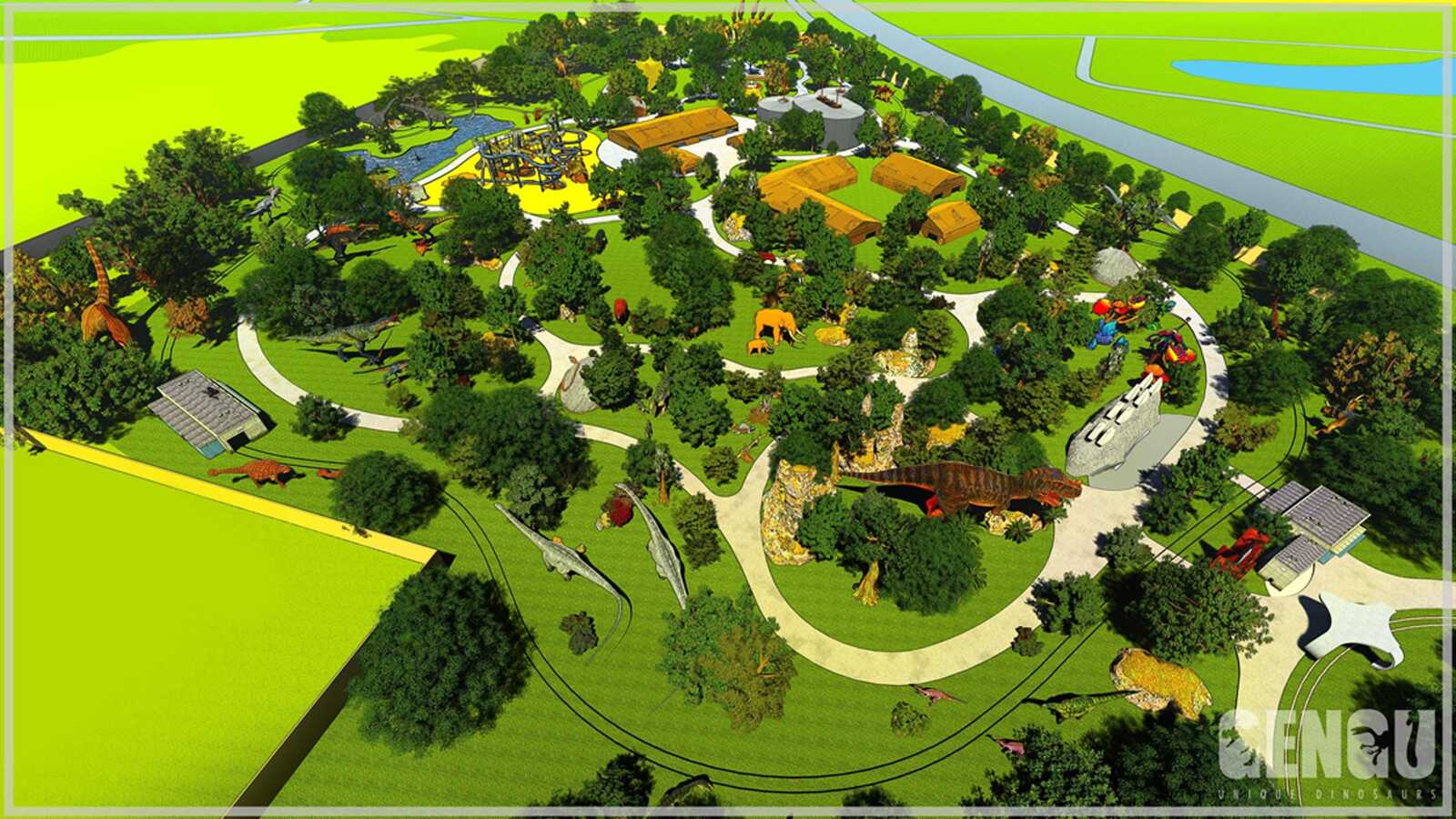 At Field Station: Dinosaurs in Leonia, a new Spinosaurus attraction recently replaced a damaged Argentinosaurus, both of which were scaled true-to-size. The New Jersey park will be reopening June 22nd, and the addition of the Spinosaurus completes the park's collection of iconic dinosaurs. The selection was made after a public vote on which type of dinosaur would best replace the Argentinosaurus.

The Leonia Park opened in 2012; the Wichita location in 2018. The new Walkill location is poised to walk in the giant dino footprints of its predecessors, created due to the vision of Guy Gsell, a dinosaur-lover with a background in children's theater. He recalled the memories created by the giant dinosaurs he viewed at the New York City World's Fair in 1964, and he combined his passion for the giants with his theatrical experience and his previous role as director of the Discovery Times Square Interactive Museum in New York City. Gsell relied on his existing relationship with Jersey State Museum paleontologists when creating his first themed attraction.

Like the Leonia site, the Walkill location is wooded and thus suitable to the landscape of wild dinosaurs; in Kansas he and his team had to reimagine the flat and open landscape with recreated woods.

While of course the primary focus is on fun, both at the proposed park and the existing Field Station Dinosaurs attractions, kids are also encouraged to learn. Child guests are provided with credentials to consider themselves scientists ready to explore and make new discoveries along the dinosaur trail. Besides the trail, and the personal outdoor encounters with dinosaurs, the park features interactive performances and live shows. 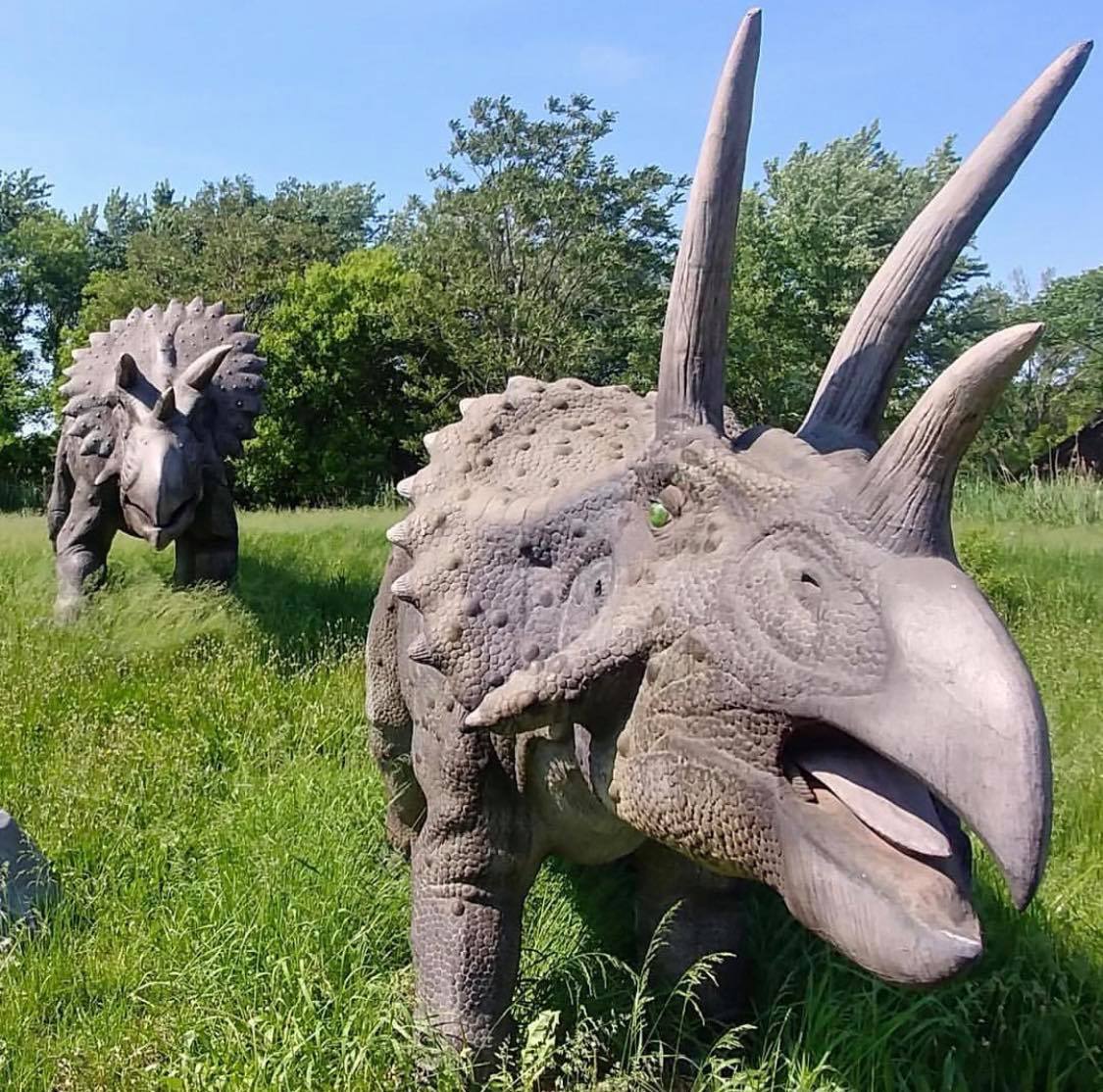 Dinosaurs are created by Zigong, China-based Jade Bamboo, and are designed to be site-specific based on the locations of each park, and native species determined by paleontologists to have been prevalent there. The specificity of the dinosaurs is combined with the educational elements of the live entertainment, during which kids are encouraged to ask questions, and receive answers they can take back to school environments – all while having fun. And to encourage repeat visits, new information and shows are presented throughout the operating season.

While admission in these parks includes the main attractions, the parks also offers 3D dinosaur-related films and special additional activities titled the Paleontologist's Laboratory, an exploratory program in which kids get to discover what happens when fossils come back from the lab, which include participants' ability to dig fossils out of stone. These are add-on activities, separately paid.

Gsell's belief in creating educational events and programs, and in recreating the original New Jersey park attractions model at other locations, should both serve the Walkill-area well. He notes that “…we have figured out a way to do this efficiently, it's not crazy expensive. So, it's very attractive to a wide range of developers, both in entertainment and in real estate.”

2021's season in Leonia will mark the debut of a new live musical, “The Great Dinosaur Whodunit,” and that of a museum exhibition titled “Movie Dinosaurs: From Gertie to Indominus Rex.”

The Kansas Field Station Location has 40 dinosaurs and includes an 18-hole mini golf attraction titled Jurassic Golf. There is also a raptor maze.

Meanwhile, in Lake George, New York, Dino Roar Valley is an unrelated attraction also geared to dinosaur lovers. This park, which opened in 2019, offers a collection of 20 dinosaurs along a half-mile wooded trail in Expedition Park, and has just reopened for the 2021 summer season. It includes a dinosaur nest, a fossil dig site, stage performances, and a hands-on workshop. This park, which is not a part of the Field Station group, also includes rides and fairytale-themed attractions in an area called The Magic Forest.

Meanwhile, in Walkill, town supervisor Frank DenDanto said final design plans have been submitted and that he hopes early support from the Town Board will continue to bring the Dinosaur Kingdom idea to pass.

Opening day should be on the near horizon.