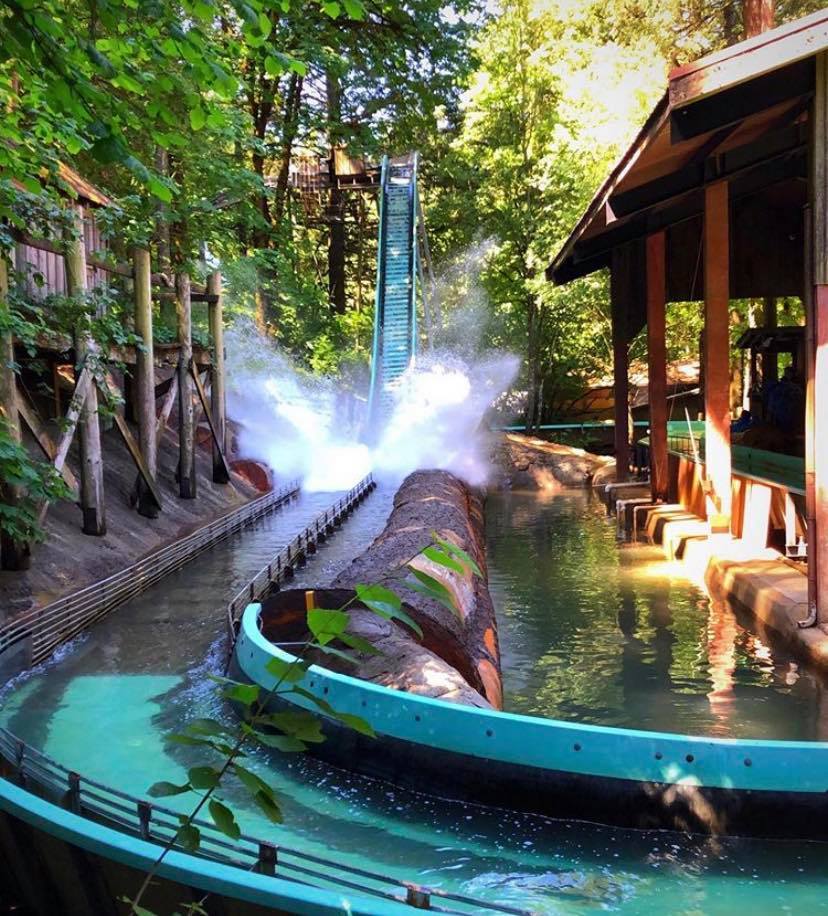 Located just off I-5 in the rural, wooded area around Turner, Ore., Enchanted Forest is a family- attraction owned and managed by a family: founder and builder Roger Tofte's children Susan, Mary, and Ken co-manage the park, and three generations of family members work there. But, like so many businesses, it has been shuttered or had operations severely limited during the pandemic.

If COVID-19 wasn't enough, the park, once it opened to reduced capacity, had to close altogether in September due to devastating forest fires in the area.

The park hopes to reopen in 2021 and celebrate its 50th birthday on August 8th but in the meantime, its owners are struggling to survive, relying on fundraisers and park fan generosity. Unlike major theme parks there's no back-up corporation to support it during closure.

Instead, the park is relying on a Go Fund Me, a Buy a Brick campaign, and an e-bid auction offering paintings, prints and memorabilia created by Tofte that includes old signs and art work. The most recent addition to the fundraising effort, begun in December 2020 was the Buy a Brick idea, which offers purchasers paver stone engraved bricks from cement that match paver stones already used in the park. Buyers have a choice of up to four lines of text or a logo/symbol followed by 3 lines of text to remember loved ones, recognize friends and family or experiences. Park spokesmen say the stones will replace other paver stones used for the walkways around the park, beginning with those in the English Village area. 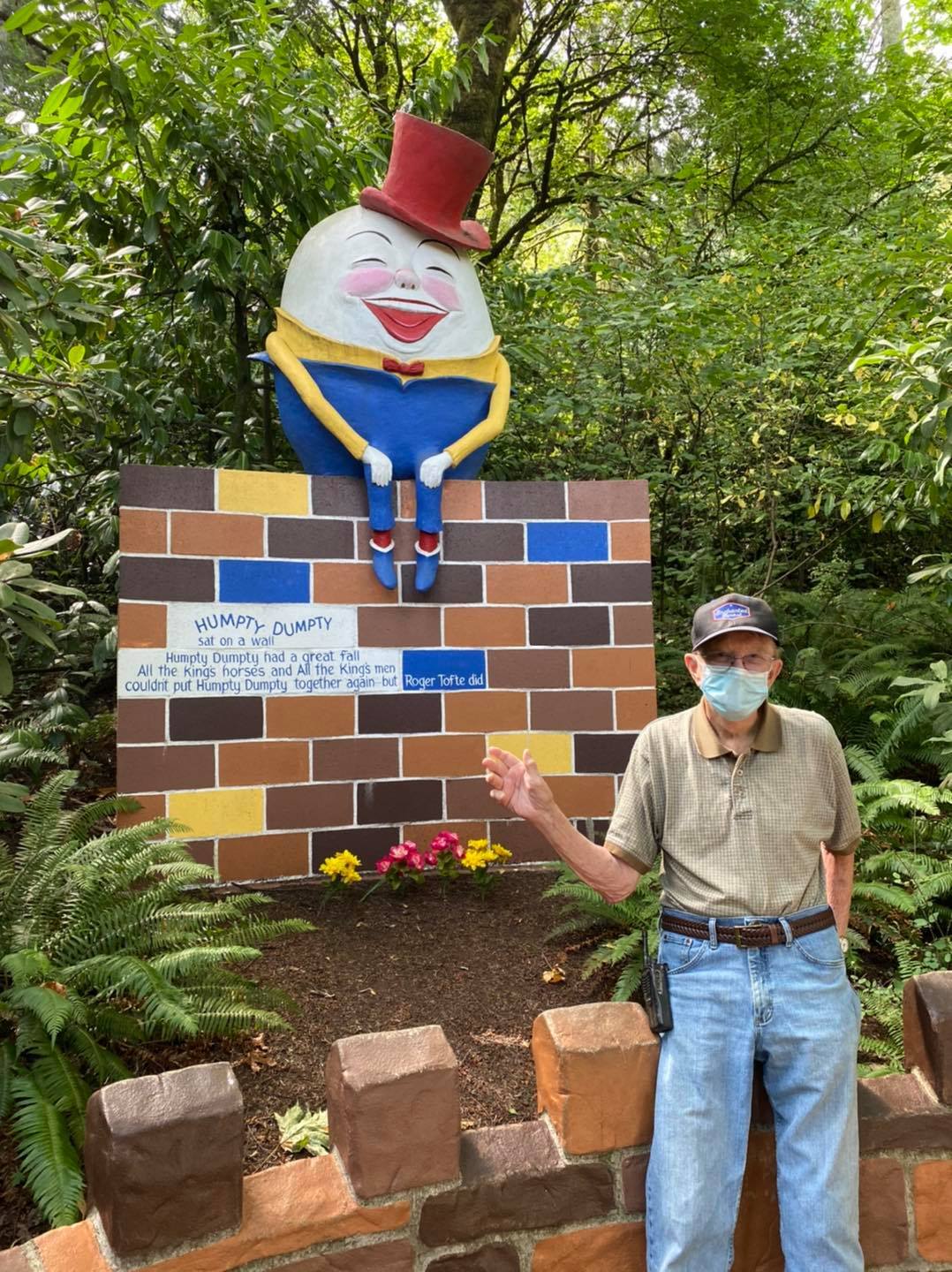 Tofte, who sculpted many of the park's attractions from cement, such as Humpty Dumpty and the Enchanted Witch's Castle, was an accomplished artist working in acrylic, oil and watercolor; works of all types are for sale.

The goal for now is to simply keep going after a devastating year. The park is normally open for a six-month season; in 2020 the park was not allowed to open during the season's first half. During the second half, the two-thousand-person capacity park was limited to 250 people: including employees. Employing social distancing and sanitation, reservation control and capacity checks, park staff soldiered on, but the limited capacity led park owners into debt. 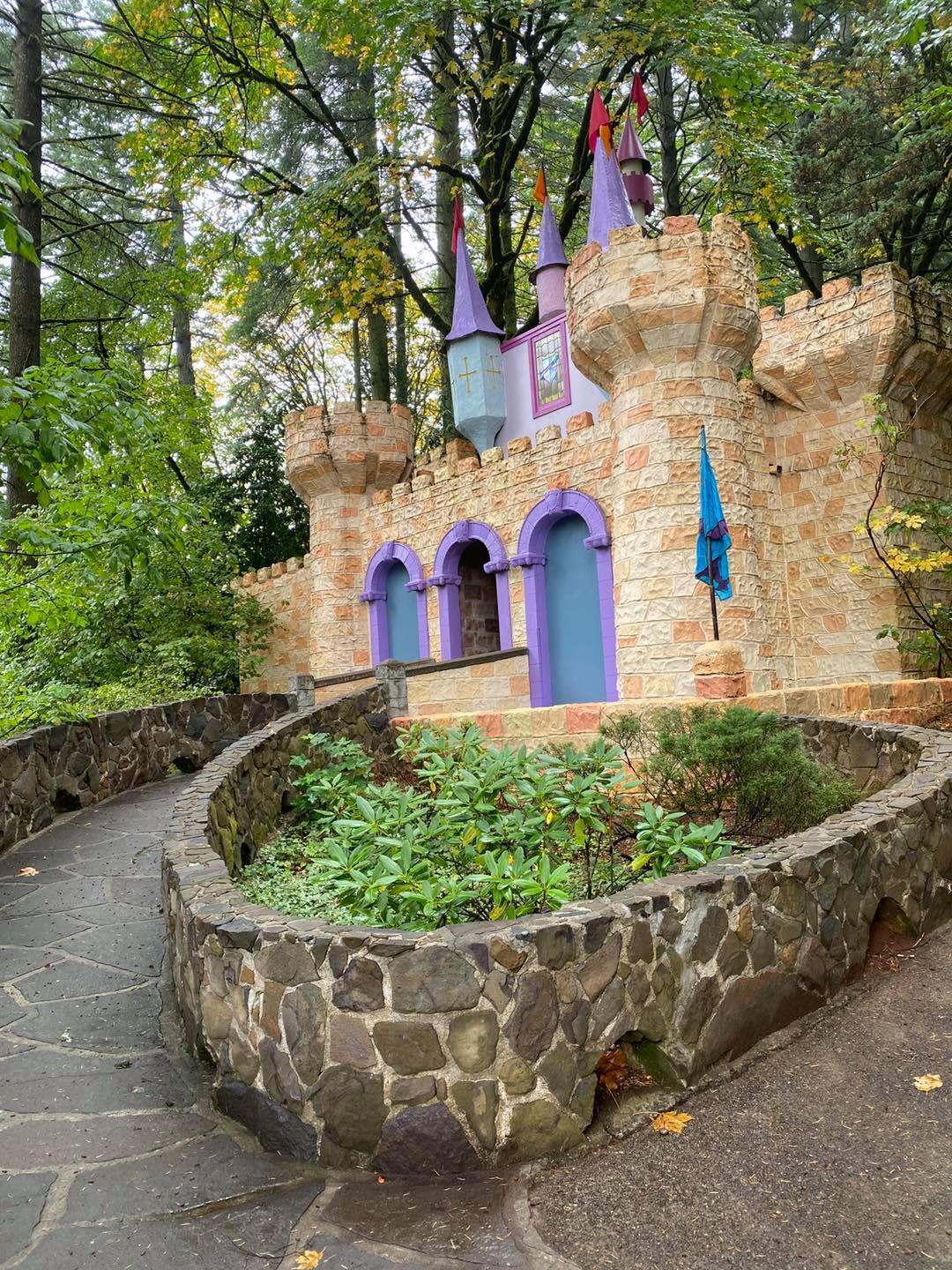 The slides and tunnels of Storybook Lane were closed due to social distancing restrictions, as were the shooting gallery and remote boats operated in Tofteville Western town, and the second floor of the Pinocchio Playhouse. Rows of the theater were blocked off to allow for distancing. Despite the limited admissions allowed, the park remained open.

Afterall, the Tofte family is nothing if not resourceful. Tofte himself began building the park in 1964, on 20-acres of land. It opened in 1971, growing to be a successful and iconic park as unique as its founder.

Attractions were added as the years went by. First came the storybook figures like the Old Woman Who Lived in a Shoe; then came the Tofteville Western Town in the second year, and a Haunted House in 1974. Over the years a comedy theatre with fairy tale comedies written by Tofte's daughter Susan Vaslev, the Ice Mountain Bobsled roller coaster, and the Old Europe Village sprang up. The latter includes the Jolly Roger Water Light Show which debuted in 1988. Vaslev also composed the music for and choreographed that attraction while son Ken Tofte brought animatronics to the Enchanted Forest's Old Europe Village.

Later ride additions included the Big Timber Log Ride, Kiddy bumper boats, a Ferris Wheel and Frog Hopper, and the multiple-direction Crazy Bumper Cars. In 2006, the elaborate Challenge of Mondor ride led visitors on a forest quest to save characters called the Drumlins from an evil king; it's interactive, with riders using infra-red weapons to fight dragons. While the senior Tofte and family did most of the construction ETF designed the cars and trackless ride system. The 2000s brought an indoor Speedway Bumper Car ride and the Tiny Tune Train traversing miniature villages made by Tofte; a carousel with multiple animal species was added in 2017. 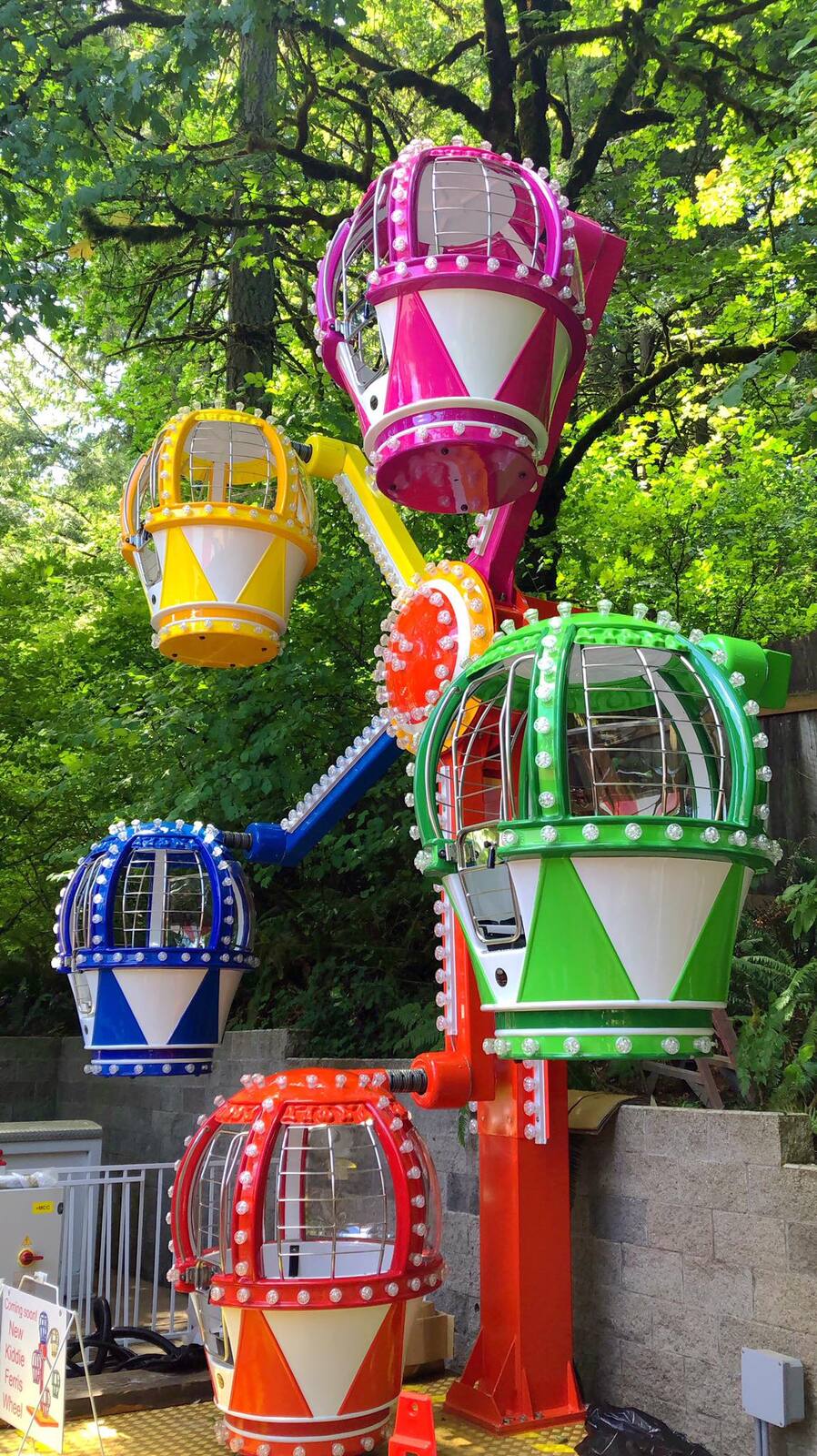 Park admission began at just a $1.50 in 1971, and is still a reasonable $15.25 with individual ride tickets at $1 per ride today. Kids and seniors are just $13.75. Wrist bands for all day rides, normally sold at the park, were discontinued during COVID restrictions to allow the park to monitor numbers of riders.

But this year, hardly anyone was allowed to experience the imaginative handcrafting behind so much of the park, and Vaslev is concerned that the park will be able to hang on to celebrate its anniversary.

According to Vaslev, as the family struggles toward a full 2021 season, support by park fans and past attendees appears poised to get them through to spring and opening season. The GoFundMe page mounted in October raised $350,000 by early December. She explains “We didn't think anyone would donate other than a few people…to see all that community support is really wonderful.”

While the family was initially reluctant to part with the legacy of Tofte's original art and blueprints, that strategy has also netted some operating funds. The paving stones, which are enjoying an enthusiastic response might just help the family pave the way into the future. But Vaslev remains concerned that the park will not be able to open at full capacity in the spring, which could be devastating for the iconic, one-of-a-kind park.

Hopefully a storybook happy ending for the pandemic will be coming in time for the Enchanted Forest's anniversary season. As so many theme parks are experiencing, the wicked witch is the virus; the spell-breaker should be a successful vaccine roll out. 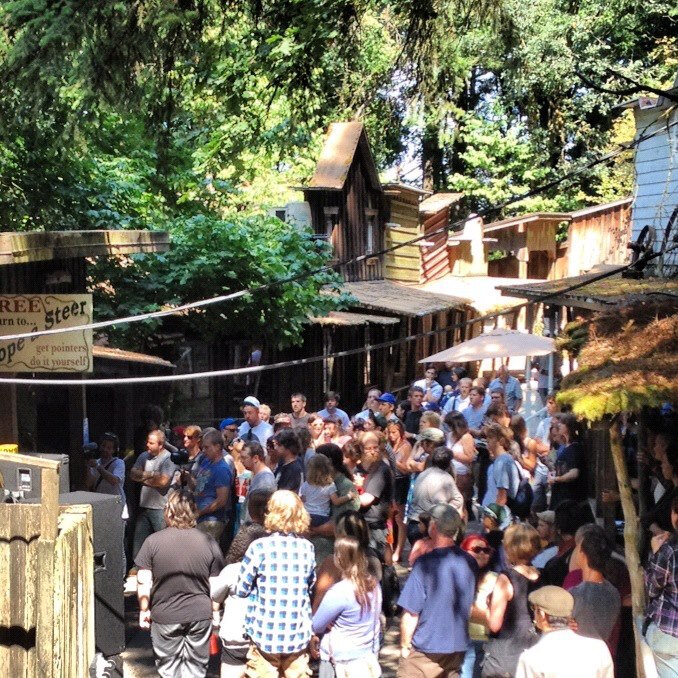