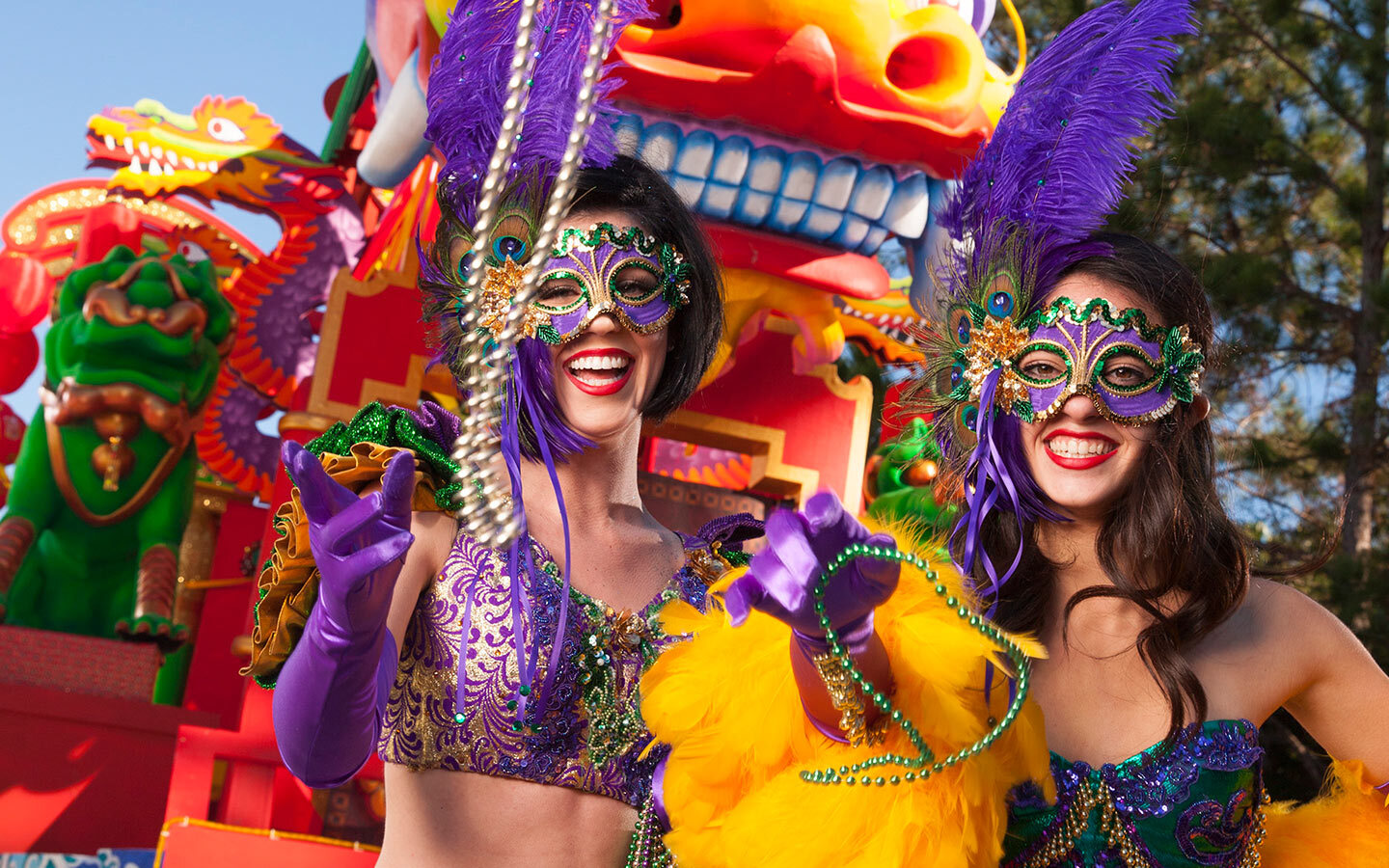 With no Mardi Gras in New Orleans for 2021, Universal Orlando is still planning a modified version of their annual Mardi Gras celebrations. Where live music is usually key, the 2021 take on Mardi Gras is food-centric, which seems to be a current trend in events at theme parks in a variety of locations.

The event will feature 70 dishes and beverages chosen as a “global food fest” from 13 different locations, earning the festival the name Mardi Gras 2021: International Flavors of Carnaval. Running daily from February 6 to March 28, it will be included in park admission. Adding to the festive food fun, the park will feature vibrant Mardi Gras colored décor throughout, as well as entertainment such as stilt walkers, dancers, brass bands,
and stationary floats in lieu of a parade. The floats are from past years’ events. A Mardi Gras tribute store will offer appropriately themed merchandise.

Food items vary from Cajun to Cuban to Bahamian – in short, just about anywhere that carnival festivities are held will have regional foods represented. Appropriate for pandemic times as well as a Mardi Gras themed event, masks are required attire.

The menu includes tasty items such as a Cuban sandwich, Brazilian shrimp coconut cream stew, roasted pork with smashed plantains representing Puerto Rico, and a vegan take of Pholourie from Trinidad and Tobago. On the Cajun side of things, there’s Jambalaya, a crawfish boil, beignets, and muffuletta sandwiches.

There are also a few international outliers in the mix – Spain, Germany and Belgium, bringing paella, pork schnitzel sliders, and liege waffles, respectively. They are not the first thing park attendees may have considered Mardi Gras treats, but they add a diverse spin to the offerings. No headliner concerts or parades are on the menu this year, but the street entertainment is standing in.

There will be capacity restrictions in place at the park, as is currently standard admission protocol for the theme park. A tasting lanyard will be sold for the event, and there will be additional carnival-themed foods at Universal Orlando hotels and on CityWalk.