COVID-19 RESOURCES & NEWS
Farewell to the Vortex at Kings Island 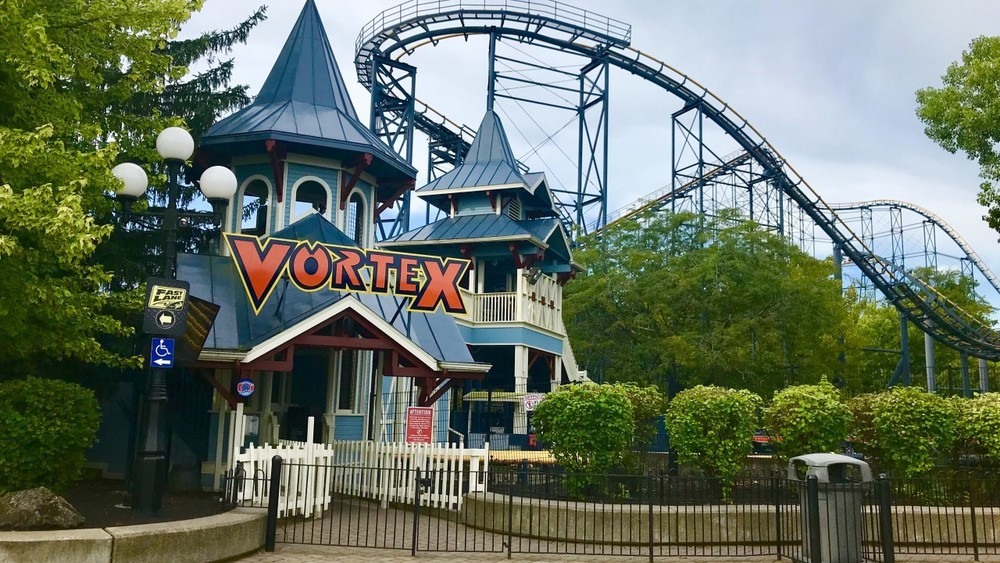 Kings Island theme park, located in Mason, Ohio, has said farewell to its beloved Vortex steel roller coaster. The ride, which opened in 1987 as the tallest, full-circuit coaster in the world – with the highest drop and six inversions – has reached the end of its lifespan.

The permanent closure was announced at the end of September, and the last rides were taken on October 27th , the last day of the park’s 2019 fall season. Director of Digital marketing Don Helbig said the coaster had simply reached the end of its service life.

The ride took over 46 million riders upside down over 275 million times. Only six Kings Island attractions carried as many riders.

Nostalgia increased ridership by over 20 percent once Kings Island announced the impending closure. The ride, in its 33rd season, was still popular with Kings Island guests and roller coaster fans, but park officials point out that coasters such as Vortex last typically no more than 25 to 30 years.

“The Vortex has been a guest favorite since it debuted April 11, 1987 and it is sad to see it go,” Helbig posted.
The ride offered its last thrilling spins at the park’s annual Halloween Haunt event. Season pass holders were able to ride Vortex early on Saturdays and Sundays before the park opened to the public to avoid crowds.

The Vortex had its record year for riders during its debut year, when 2.2 million rides were given. Only the dual track wood coaster, The Racer, saw more riders over the course of Kings Island’s history; the Racer turned up 3.2 million riders in 1972.

When it opened, the Vortex was the first roller coaster in the world with six inversions.

The Vortex was designed exclusively for Kings Island by the ride developer Arrow Dynamics. It was cutting edge in the late 80s, including a series of thrills that had never been available in one single steel coaster previously, such as a 148-foot high lift and drop of 138 feet at a 55-degree angle, two vertical loops,  one corkscrew, one boomerang turn, and a 360-degree helix turn at the ride’s conclusion.

Vortex achieved a top speed of 55 mph, and was noticeable as the first roller coaster in the world that sent riders on a continuous circuit through six inversions.

Kings Island is home to some of the highest rated roller coasters in the amusement industry, according to annual industry and enthusiast polls. The park’s Mystic Timbers was voted by Amusement Today as the Best New Ride in 2017. That ride, a wooden coaster, still takes riders on over 3,265 feet of track through a wooded terrain and over water. Its speeds reach up to 53 mph. The Beast, listed in the  Guinness Book of World Records as the longest wooden roller coaster spans 7,359 feet, while Banshee sends riders into seven high speed inversions reaching up to 68 miles per hour along a steel inverted roller coaster track.

The tallest and fastest coaster at the park is currently the Diamondback, at 230 feet tall with a first drop of 215 feet at a 74-degree angle and 5,282 feet of sinuous track. The coaster reaches speeds up to 80 mph.

There are plenty of other thrills at the park as well, such as Adventure Express, Backlot Stunt Coaster, Bat, The Racer, Flight of Fear and Invertigo. Four family coasters are also available for guests.

But none of them are the Vortex.

Seeking to dull the loss a bit, Kings Island is offering 2020 Gold Passes with unlimited visits for the rest of 2019 and all of 2020. The passes include the holiday WinterFest, as well as next year’s summer Soak City, and the fall Halloween Haunt, along with free parking.

Coming in Spring 2020 is a new coaster, Orion. The new coaster will be the tallest, at 287 feet and fastest, at a whopping 91 miles per hour, coaster at Kings Island. It will also offer the longest first drop, at 300 feet. Running over some 5,321 feet of track, it will be the park’s longest steel roller coaster and second-longest overall behind The Beast.
Orion will also be the seventh giga coaster in the world, the fourth in the USA and fifth in North America. A giga coaster has a height or drop between 300-399 feet. And speaking of Orion’s drop, riders will descend what is approximately the length of a football field at 300 feet, tying it at seventh-place for longest drop on a roller coaster worldwide. Its speed ranks it as the 13th fastest in the world.

So, roller coaster fans will have a new top-tier thrill ride to celebrate next year, even as they mourn the loss of an old favorite. Vortex has slipped into a new vortex – retirement.