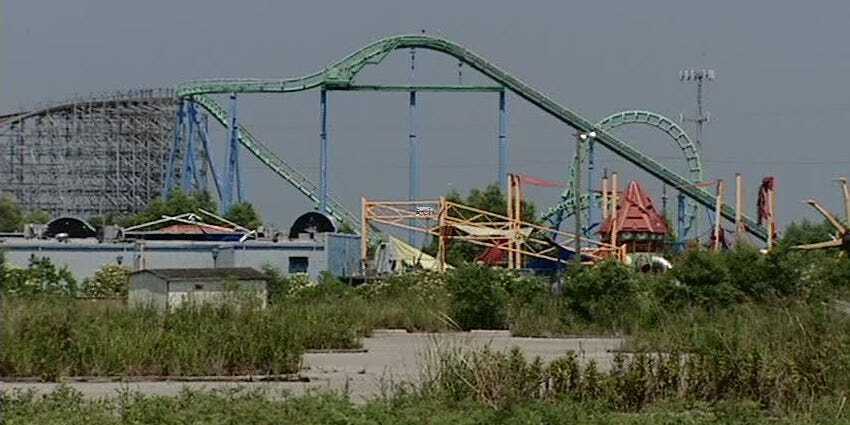 The music could be playing again at the former Jazzland site in New Orleans, La., near Lake Pontchartrain. Currently the 162-sacre theme park sits abandoned, after its second iteration as Six Flags New Orleans ended with severe flood damage during Hurricane Katrina in 2005.  The site is located in New Orleans East at the intersection of Interstate-10 and Interstate-510.

The park is currently owned by the Industrial Development Board of New Orleans and has been sitting dormant.  IDB was created by the New Orleans City Council to promote the retention, expansion, and attraction of business and commercial enterprises and expand employment opportunities.

The hope for a promising rebirth comes after a troubled past.

Operated by what was then Alfa Smartparks, and what is now Palace Entertainment, the 130 million dollar Jazzland Theme Park featured rides such as the wood on steel Mega Zeph coaster, which paid homage to an iconic coaster at Lake Pontchartrain. Other popular rides were the junior steel coaster Rex's Rail Runner, a loop coaster, from Zycoma called Zydeco Scream, and a log flume and splash-falls ride. Alpha may have been over its corporate head, going bankrupt after two seasons. The company was known for running smaller waterparks rather than large scale amusement parks, and the park was sold in to Six Flags in 2002. 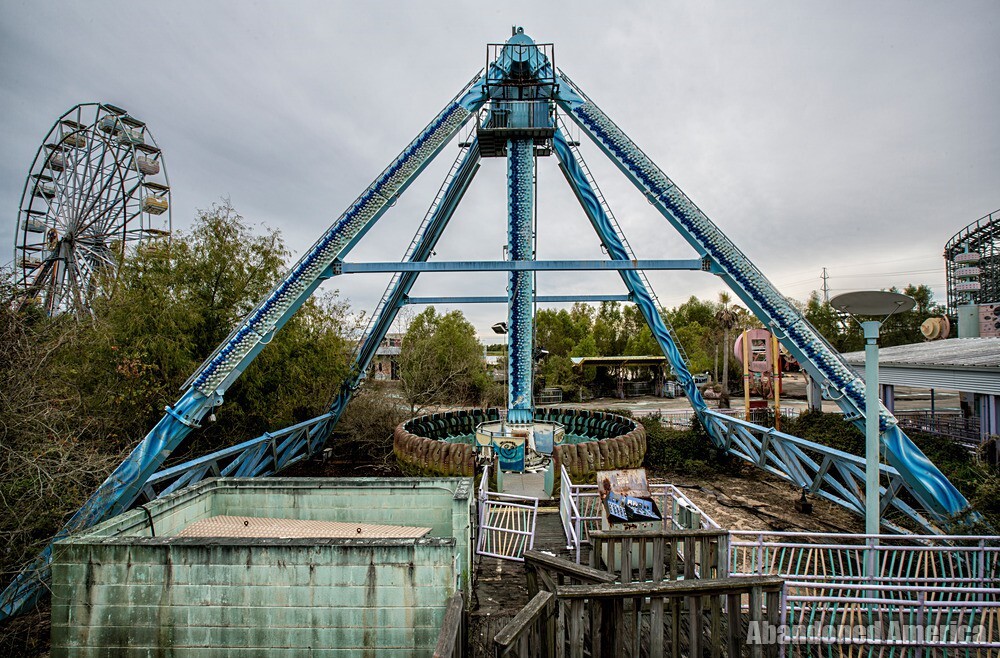 Six Flags renamed it Six Flags New Orleans after an upgrade in 2003, adding a variety of flat spinning rides, as well as a Bolliger & Mabillard inverted coaster, Batman: The Ride, and a Vekoma looping coaster, The Jester.  Six Flags was planning to add a waterpark when disaster struck with Hurricane Katrina, ending operations at the park, which was submerged under more than 4-feet of water due to pump failure.

The park had not been among the most profitable for Six Flags.  The hurricane leveled 80% of it, leaving only Batman: The Ride relatively unscathed.  It was eventually relocated to a Six Flags location in Texas.  The company sought to exit its 75-year lease early, declaring the park a total loss, and due to insurance issues, it did not plan to reopen. In 2009, the City of New Orleans terminated its lease with Six Flags, Inc. and the Industrial Development Board (IDB) agreed to take title to the property. 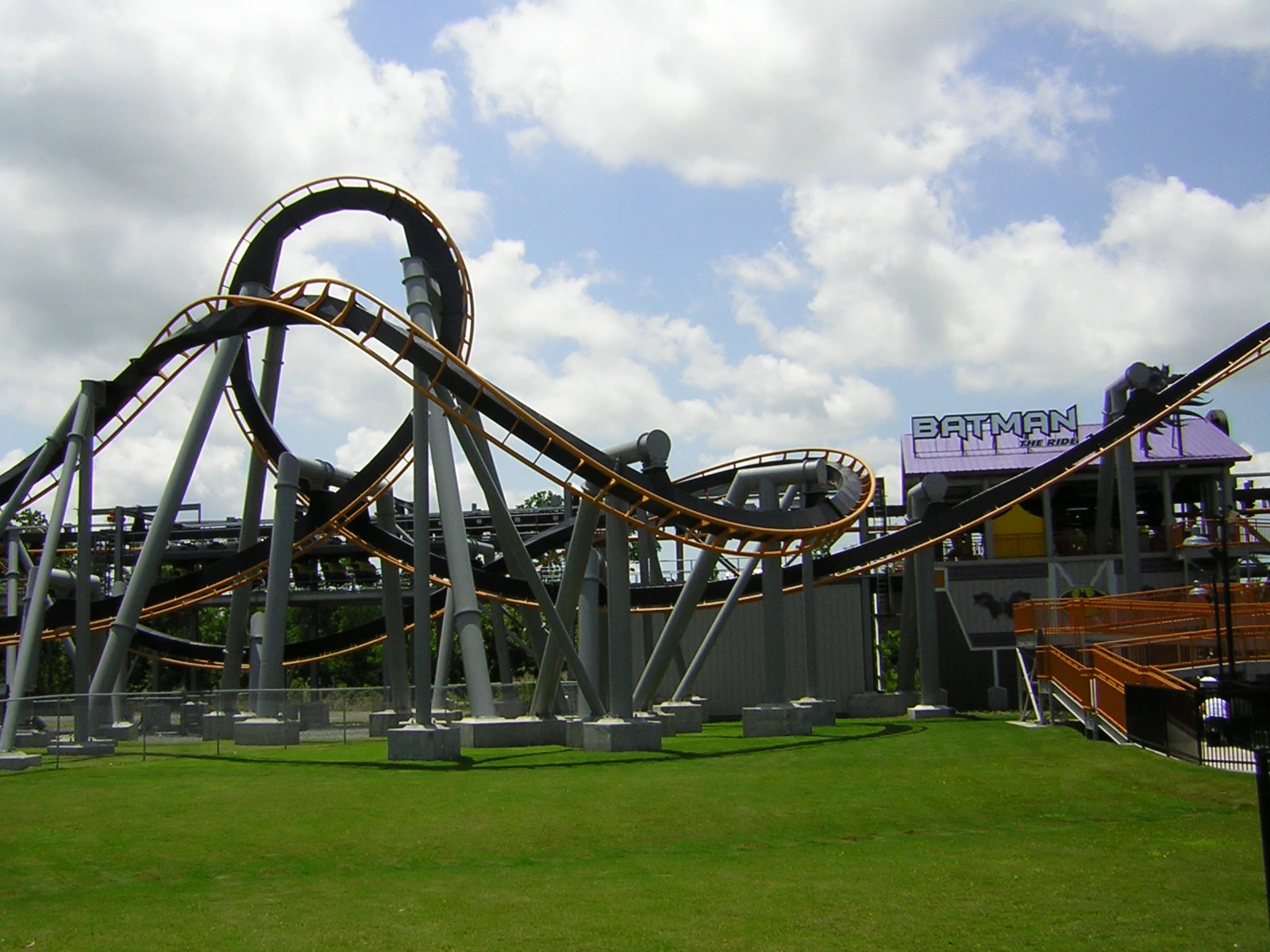 Batman The Ride at Six Flags New Orleans before being relocated

In the ensuing years, Southern Star Amusements planned to take over the site, and put three different redevelopment plans in motion; they all, including one for a Nickelodeon Universe attraction, fell through.  Most recently Paidia offered a bid for redevelopment, but in 2018, the city decided to maintain its rights.

The overgrown site has most frequently been used as a backdrop for films, including Dawn of the Planet of the Apes.

The Industrial Development Board of the City of New Orleans took over the property and has tried several times to develop the theme park, but no attempts so far has succeeded.  However, Jeff Schwartz, director of Economic Development for the City of New Orleans, says that the city itself is now planning to develop the area. The city gave developers until February 9th, 2021 to submit ideas for the site. From those ideas the city will select a short-list of developers.  They will be required to submit a full proposal for the abandoned theme park and a 65 acre site near the Bayou Sauvage close to it. The property has been appraised to have a value of $3 million for the main site and another $260,000 to the 65-acre tract adjoining it.

According to Schwartz, “There's a lot of water under the bridge so we want this to be the last time we have to do a solicitation for this site.”

The city is hoping to have selected a developer to begin the project by the end of June. Residents are excited about the plan, looking forward to it as a possibility to build the local economy post-pandemic as well as use the land. What that development will be is still in question, but Schwartz notes “We know we need this site to come back as a key publicly-owned asset as a way of driving the economy of the future.” 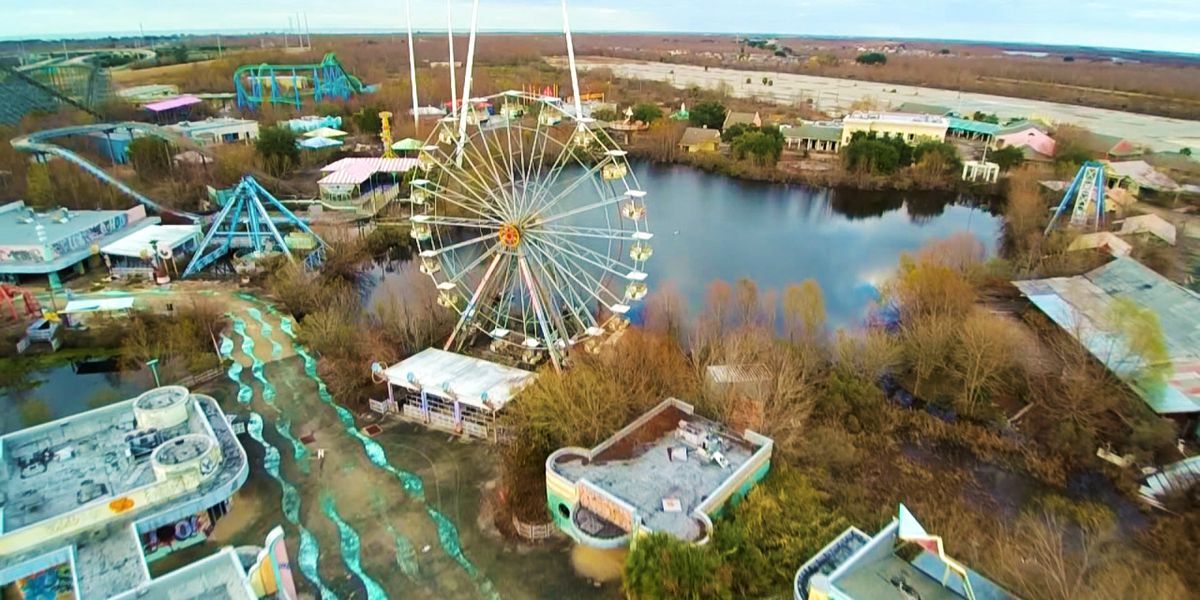 Councilwoman Cyndi Nguyen adds "We are looking for a master developer that could bring all of what we've been talking about for the past decades what Six Flags could be about.”  Whatever that may end up being, as Nguyen and Schwartz assert, any development should benefit the community, add jobs, and support the city's economy.

"The Six Flags site is a generational opportunity to create a transformative project at one of the best redevelopment sites in the region. While we are well aware of the historic challenges with the site, the City is deeply committed to ensuring that this solicitation results in the successful redevelopment of the Six Flags property,” Schwartz says.

The fact that the city currently has no imminent plans to tear down the rides and other infrastructure on the site leads the amusement park world to remain hopeful that a similar, but successful, attraction can rise on the ruins of what was once Jazzland.