There's about to be a new theme park brightening the horizon in South Carolina for 2021. It is among a bevy of new attractions and developments planned for the Myrtle Beach community along with its 60-miles of white sand beach.

Along with the theme park, the town will welcome a surf park and a circus attraction.  According to the president and CEO of Visit Myrtle Beach, “We recognize that a large number of Americans are eagerly looking forward to a vacation next year.”

The American Surf Park will be the state's first man-made surfing lagoon and will be capable of generating as much as 1000 two-to-six foot waves per hour. Broadway at the Beach and Dublin Worldwide Productions USA brings the circus attraction, Le Grand Cirque 2.0. But it is New Jersey-based Funplex that will bring the amusement park action with rides for all ages in a compact, tropical-themed park.

The theme park will offer seven rides and a walk-up bar and restaurant. The park will also house a 360- degree jet simulator ride, the tallest such in North America, Mach Fun. Ground was broken in October and the company is pleased with the progress that began with clearing and pouring concrete for the rides.

Those rides will have a definite location-centric appeal, with names that will include sea-themed titles such as the Hang Ten, Sunny Day, Up and Overboard, the Hook and Slice, and Fun in the Sun, an attraction viewed with enthusiasm by roller coaster fans. It features of a first of its kind: a “human hamster wheel.”

The Funplex has two parks in New Jersey, and developers of the new iteration, located on the inland side of the beach community's Ocean Boulevard, will target its rides to both a variety of ages and thrill seekers. 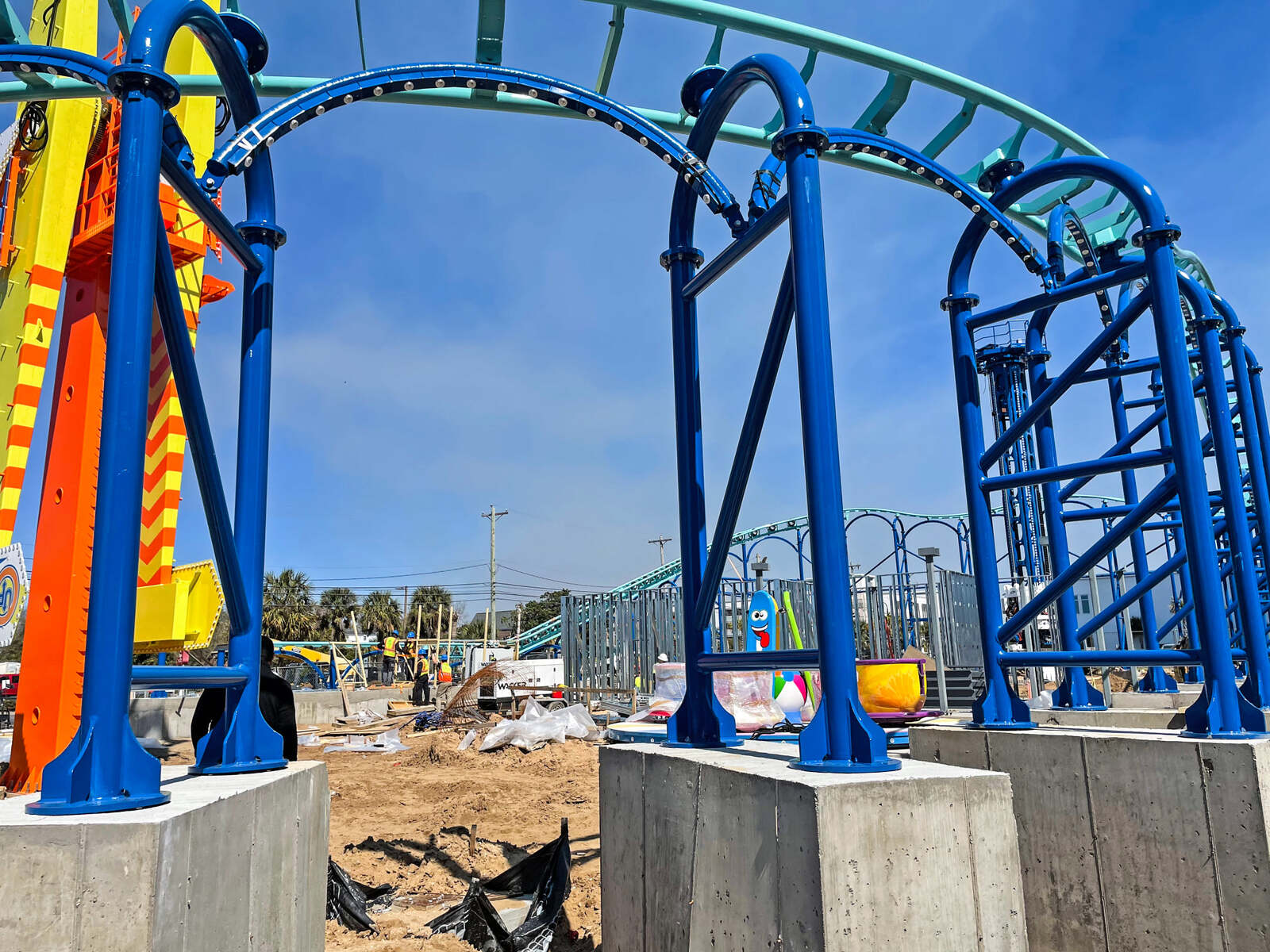 According to Funplex CEO Brian Williams, the theme park has taken a long time and much planning to come to fruition but should be completed by Spring 2021. It's opening should be a bright spot in the pandemic-dominated theme park news.

The layout itself was took a while to get right, Williams says. “We had at least 5 different versions of the layout with different rides in the mix.” Having a well-sized food operation with a bar was also a key part of the plan for the park, but he notes “We are very happy with the final version.”

The rides themselves, which include a Tea Cup, Toy Swing, Reverse Time, Drop N Twist, Big Air Coaster, Space Gun, and Tower Planes were purchased from Rides 4-U and built by SBF/Visa.

The biggest news is the Fun in the Sun roller coaster, which is a custom version of the SBF/Visa Big Air coaster that was the talk of the IAAPA convention in its 2019 debut. The Funplex version includes an additional rotating hamster wheel seat, which is different from the more standard SBF/Visa coaster cars which spin.

Williams explains “We thought having a different ‘action' with the Hamster Wheel cars would be a difference maker. We try to find and add unique attractions to our parks from small to large and we think this roller coaster is a great addition.”

He adds that the coaster itself was a “perfect fit” for the park's compact footprint. Funplex succeeded in surmounting the challenge of fitting all seven full-sized attractions in a space that used to house parking for 100 cars. “The Funplex Myrtle Beach will offer a big punch in a compact footprint,” Williams attests. 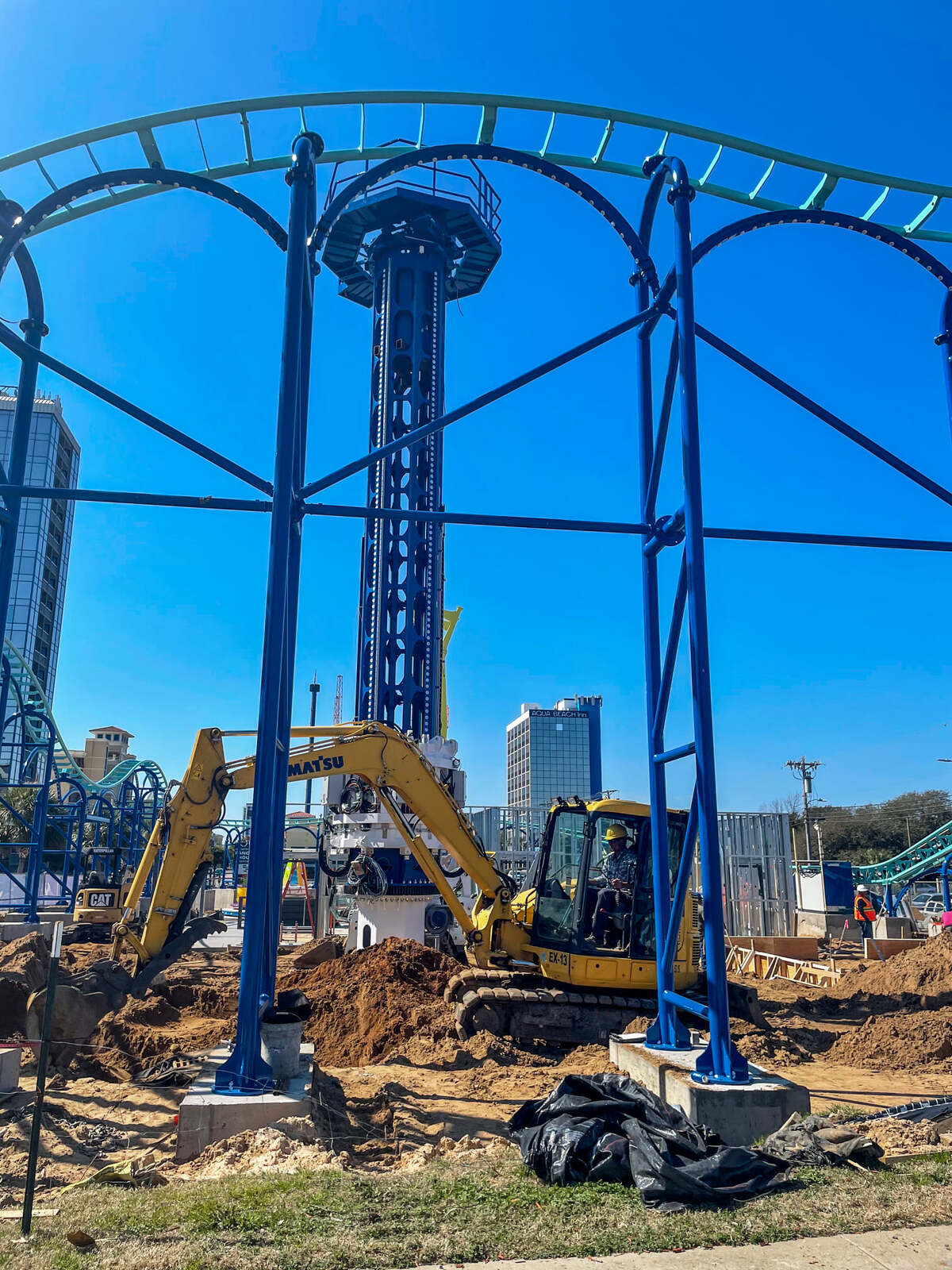 The Bar and Grill, designed to face the coast, will be named Off-the-Coast Beach Bar and Grill. The location will have two sides, with a walk-up bar and restaurant offering eight domestic and local draft beers, custom frozen drinks, and traditional bar and seafood options.

Pricing is yet to be finalized for the Funplex, but Williams asserts that it will be competitively priced. The company has not announced whether the theme park will be a pay-per-ride or an all-day wristband location. Three tiers of wristbands are used at the company's New Jersey parks.

The Funplex Mount Laurel, N.J. location was the company's first, opening 23 years ago. The park is expanding its Splashplex attraction for 2021. The seasonal outdoor waterpark is constructing Splashplex Island for opening in Summer 2021. The Island will feature new mat racer slides, a boomerango slide, new cabanas and a new pool as well as a themed island environment.

Williams says that it is Funplex's intention to make the Myrtle Beach park operational in time for Spring Break which starts at the end of March for some locations in the greater South Carolina region. With that goal in mind, he says the company looks forward to providing a “fun, family entertainment experience.”

And Funplex Amusement Centers owner Randy Lahn enthuses that “We are thrilled to open another location for families to make memories…I'm happy to see it come to fruition.”