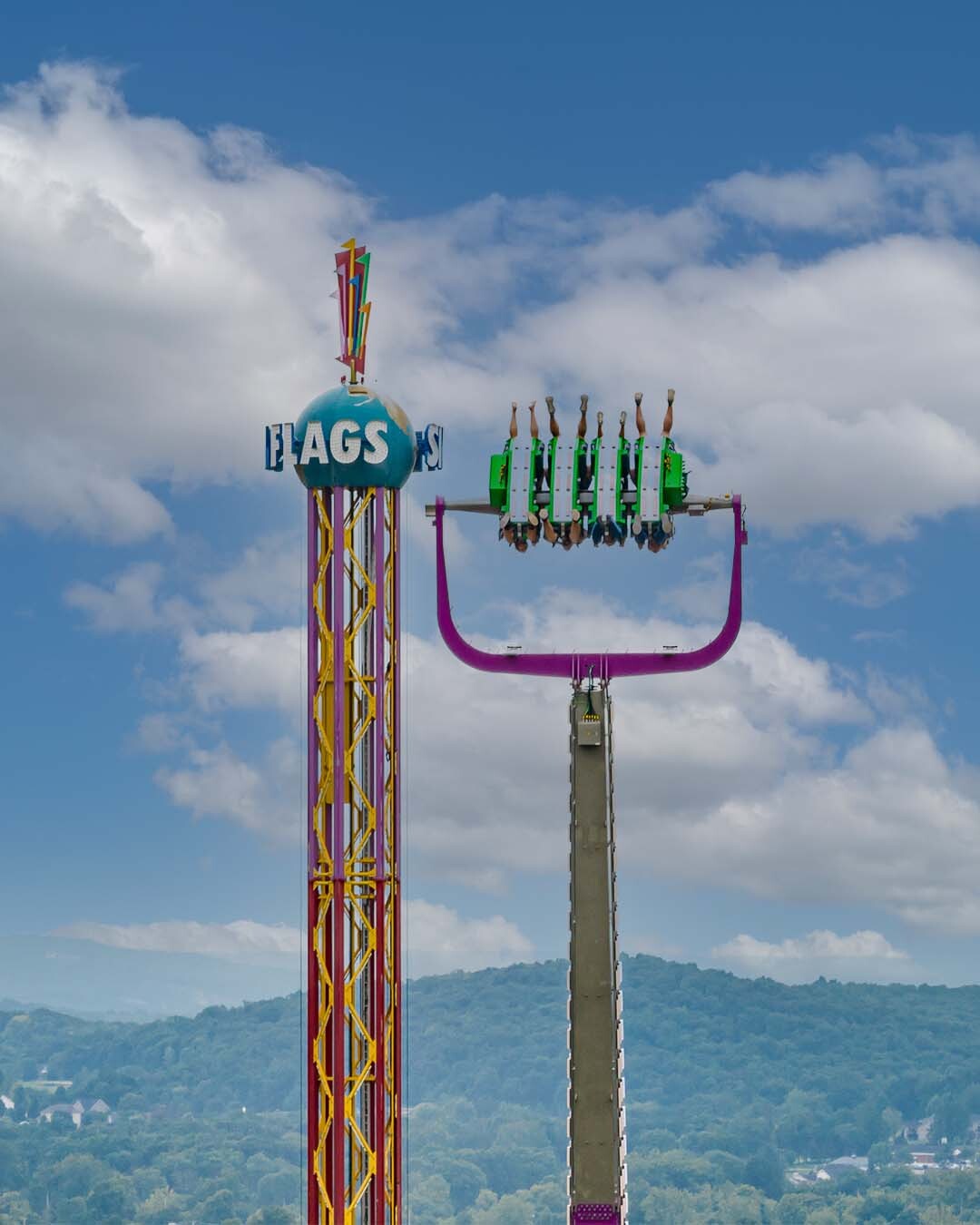 Catwoman Whip opens at Six Flags St. Louis
The ride is best described as a booster style attraction and manufactured by by Funtime.

At Six Flags in St. Louis, Missouri, there's a lot of new going on. And some of it has been a long time coming.

Originally planned for a 2020 opening date, the Catwoman Whip, a Vomatron Booster by Funtime, opened in time for Memorial Day Weekend in 2022.

The long delay has not dampened enthusiasm for the ride. According to Elizabeth Gotway, public relations manager for Six Flags St. Louis, “…COVID stopped the world. When we opened in 2021, we were still under a lot of those COVID restrictions. We thought it was more responsible to hold off until this year. We have been building up to this for two years now.”

The ride holds 16 passengers, seating eight in seat pods at each end of 164-foot arm. The rotating ride flips is pod passengers and whips them around at 52 miles per hour, creating a rapid and wild ride that surprises and thrills park guests, Gotway says. “They were telling people in line, ‘You're going to love this ride.'” She describes the ride as being entertainingly disorienting, “It really is difficult to know which way you are going.” 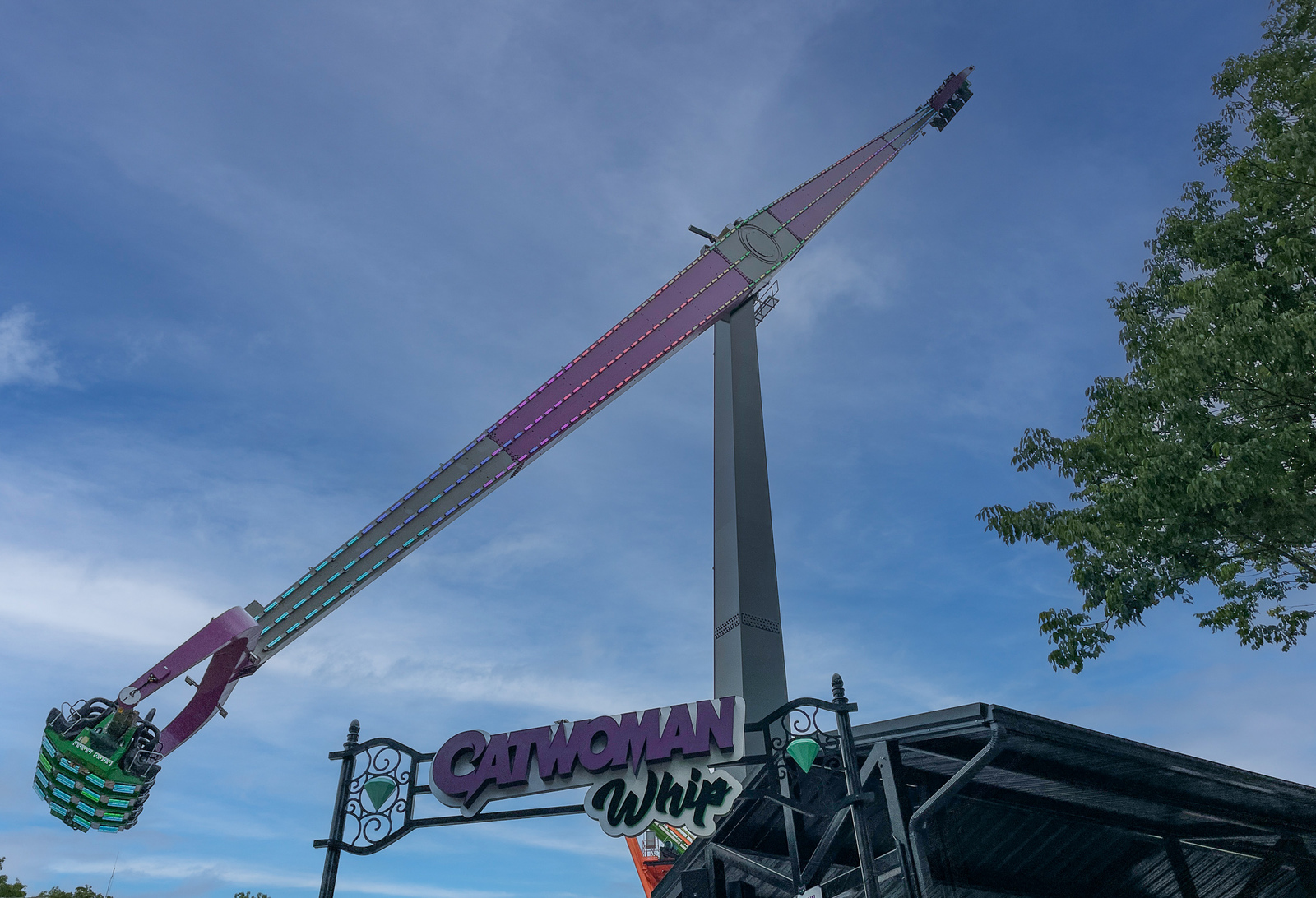 Essentially, the ride is a two-for-one experience. Pod cars at each end of the ride are loaded separately. Once they have boarded, passengers spin in one direction, but when it stops to unload the opposite end of the ride and reload it, the riders will spin in the opposite direction, offering not only a double thrill surprise, but a grand view of the park, Gotway explains. “The [ride] installation is situated at the top of the park's sloping hillside adjacent to Six Flags' iconic Screamin' Eagle roller coaster. Each time I go up there, I stop and look.”

That section of the park has also been reconfigured to provide a pleasant new look that includes shade features, which have been placed at other areas of the park as well. But while pleasant for guests, that's not what thrills them. The intensity of the Catwoman Whip is what has everybody talking.

However, other changes have also taken place at the St. Louis location. Families visiting the Six Flags Hurricane Harbor waterpark can enjoy the new water play available at Adventure Cove. It's a multiple level structure that's taken the place of what was formerly the Hook's Lagoon water structure.

Designed by Wizard Works Design, which has installed some 200 water attractions nationwide, the new play area is a family-friendly hit. Mark Aragona, Wizard Works president describes the cutting-edge new play area as having taken “interactive play to the next level.”

It works via an interactive feature enhancing system, which Wizard Works has named SmartWorks Control Technology. This tech allows the interactive features to move a larger amount of water over a farther and wider distance than manual features have in the past; plus, they are easier for kids to operate. This simple and more thorough soaking should result in hours of kid play fun.

Using the new tech and redesigning the area was a bold move for Six Flags Hurricane Harbor, but one which does not surprise Aragona. He says, “Six Flags is in a luxurious position to be very demanding and to expect the best,” adding that he's glad his company can fit their plans.

The centerpiece of Adventure Cove is the Hydro Storm bucket, which rises to a height of 30 feet and holds 750 gallons of water. Aragona is proud to point out that even the biggest tipping buckets in the waterpark industry usually dump no more than 300 gallons. In fact, that was what the removed Hook Lagoon, which Adventure Cove replaced, had as its capability. All that remains of the old attraction is a pirate ship and four slides, each of which was refurbished. 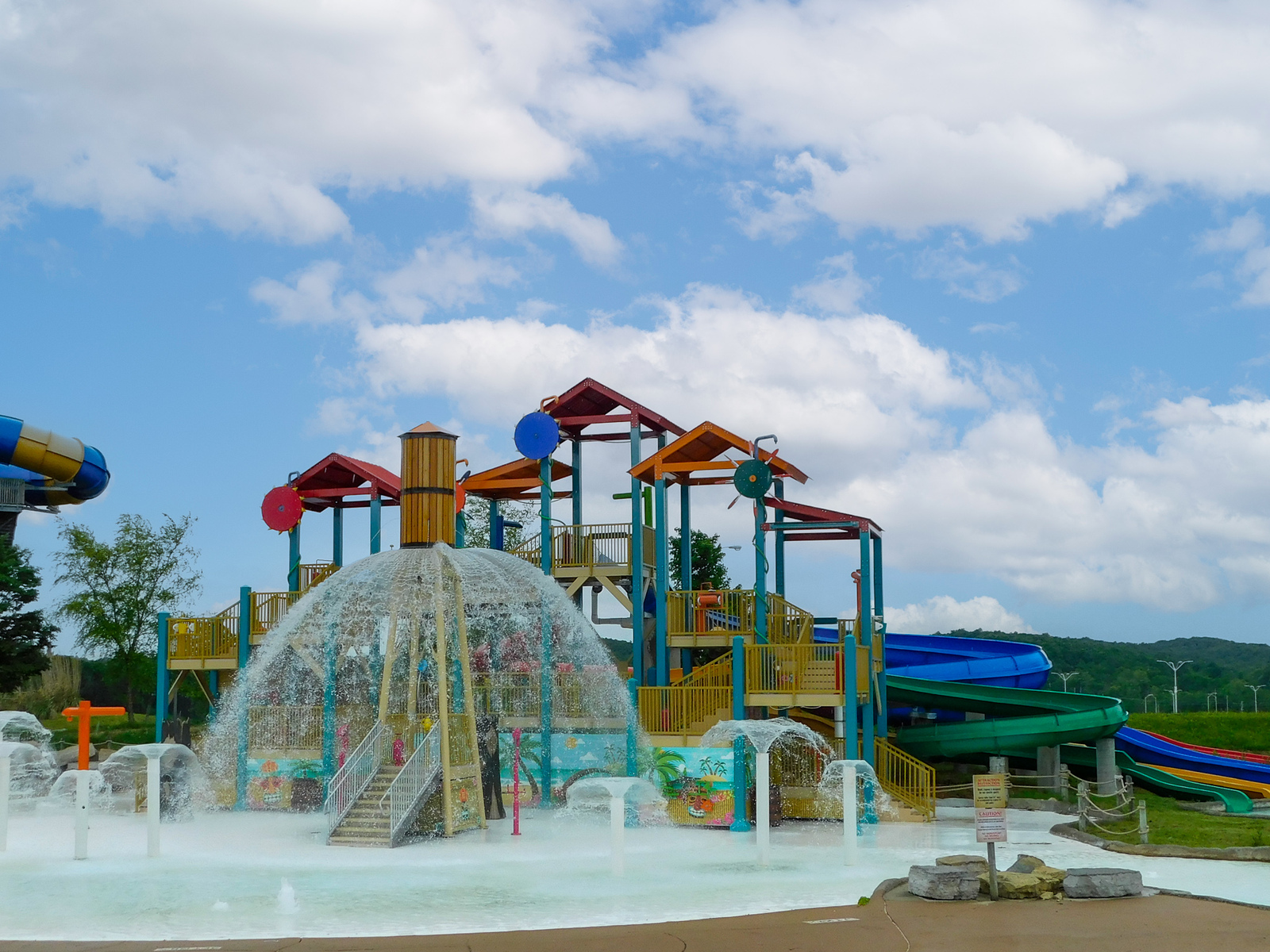 Wizard Works is the only company that has the newer, bigger tech available. The new Adventure Cove has a whopping 11 tiers to contain its 71 features. The computer control that operates all of them is what Aragona says he loves best. “…we can make the Hydro Storm bucket do different things. We can make it dump very slowly, or we can make it dump very fast.” The capabilities are extensive with a wide range of functionalities.

Gotway, too, is impressed by the capacity and range of the new attraction, saying she was amazed that it can send “water from everywhere.”

While the Catwoman Whip in the theme park and Adventure Cove in the waterpark may be the, ahem, splashiest new features in the park, they are just two aspects of a multiple year series of changes and upgrades at Six Flags St. Louis.

The park is still going strong on a long-term restoration of the park's carousel, restoring the 68  horses to be beautifully unique and finished with expert craftsmanship. It is a fitting upgrade to the century old attraction designed by Philadelphia Toboggan Co. While the carousel has gone through multiple refreshes and refurbishments, this is the most lengthy and intricate. Perhaps when it's complete, even Catwoman fans will become equine enthusiasts.

The ride is best described as a booster style attraction and manufactured by by Funtime.