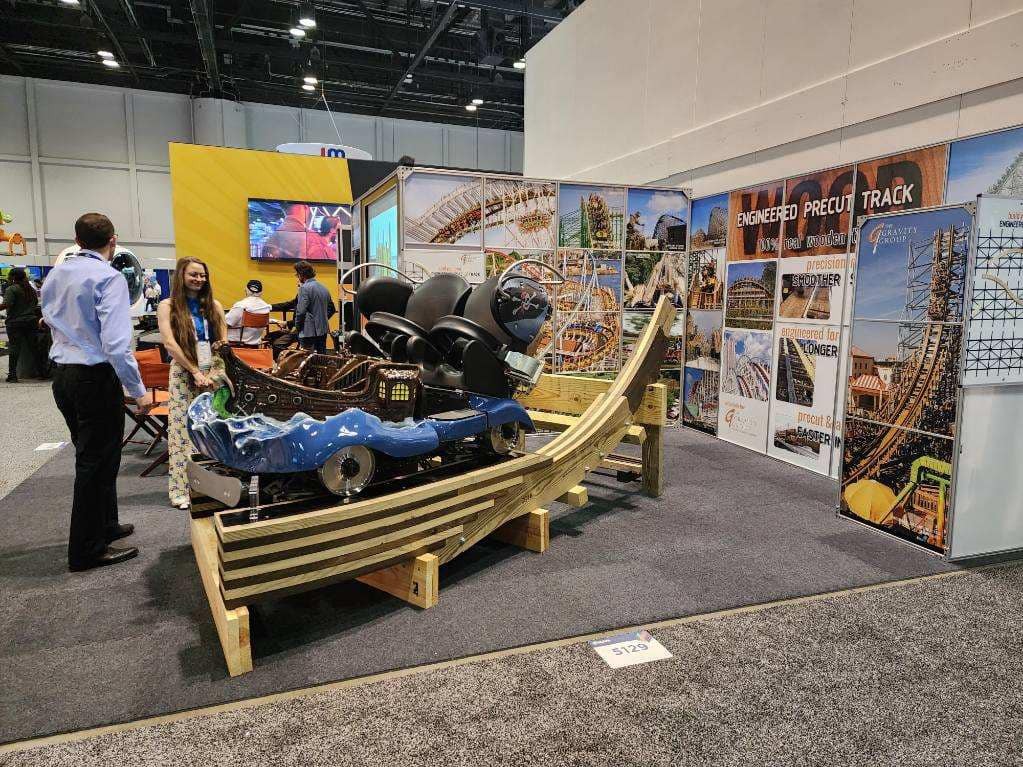 Chad Miller, Founder and Owner of Gravity Group, said the company rose from the ashes of Custom Coasters International in 2002.  Many of the founding team were on the engineering team at the former company before heading out on their own.

Miller says he was always interested in coasters as a kid and the opportunity to build his own company was a dream come true.

The company got off to a fast start, designing Hades for Mt. Olympus in Wisconsin Dells, before designing and installing the iconic Voyage for Holiday World in Santa Claus, Indiana.

The Voyage is considered by many to be the top wooden coaster in the US and was even awarded the distinction “Best Roller Coaster In The World” by Time Magazine in 2006.

With over 6,400 feet of track and 24 seconds of air time, the ride is a truly a great achievement for wooden coasters. 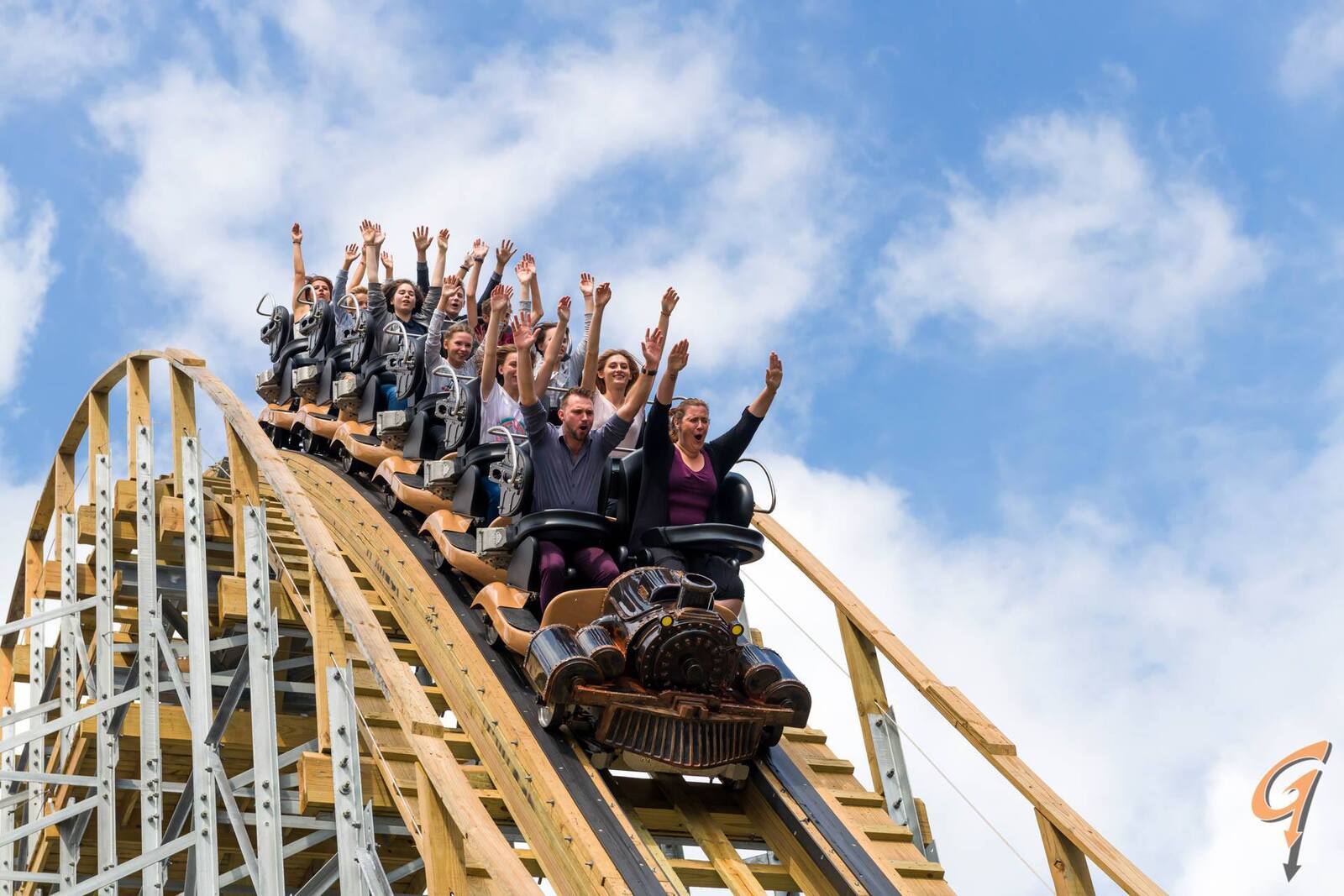 Their latest US project was the Kentucky Flyer which opened in 2019 at Kentucky Kingdom.

Work has been steady for the company since its inception, but during and following the Pandemic, the repair work has been brisk as parks look to refurbish existing rides rather than buy new.

The newest innovation for Gravity is their introduction of Engineered, Pre-Cut Track, which solves a few of the problems that wooden coaster owners face.

Usually, boards are sent piece by piece and a carpenter cuts the curves using a circular saw, which can cause some human error.  The carpenters use a bending stick-on site and error can feed on itself, causing a rougher ride and more repair and maintenance down the road. 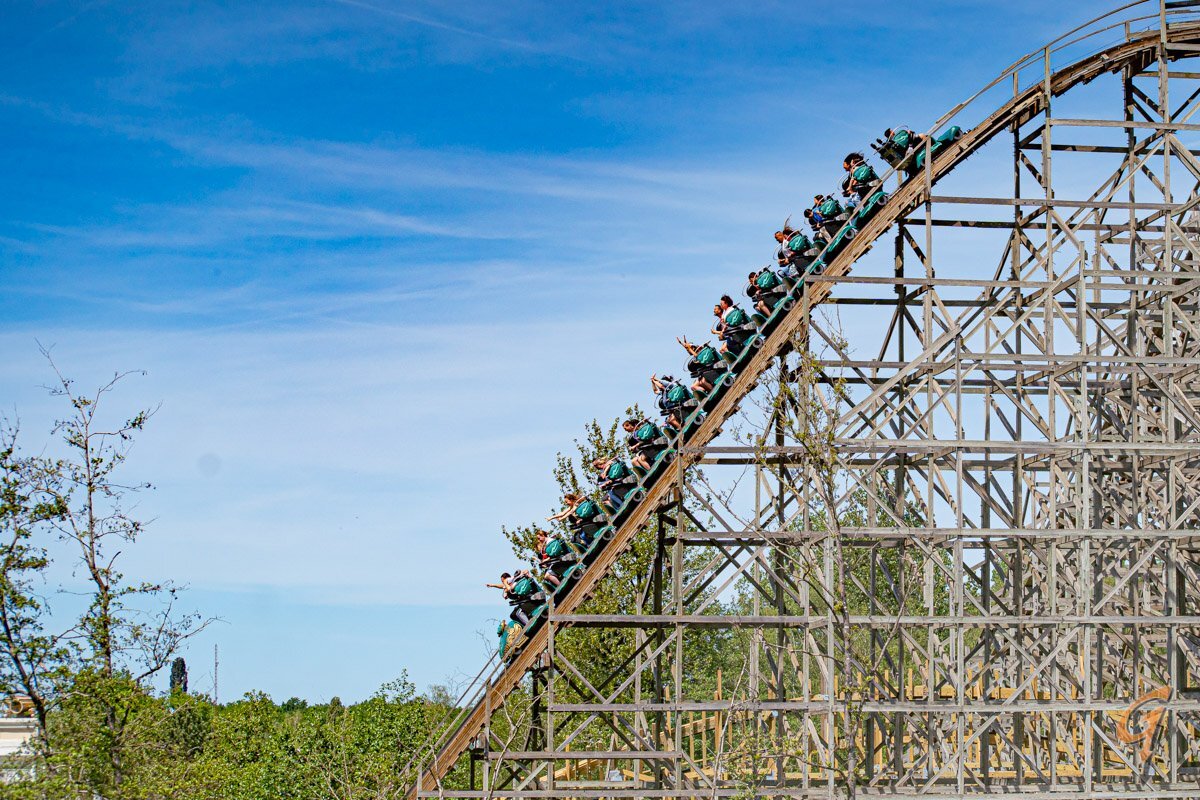 Sag is the second large issue facing the coasters. As the boards are layered, the vertical track rests on ledges and wood can sag, especially over large distances.

Wood rot can also be problematic for wooden coasters.  In the 2000s the EPA outlawed the most-used treatment for wooden coaster design.  As manufacturers scrambled for a solution, they were finally able to get the EPA to list an exception to the rules for wooden roller coasters.  Although the US only had a decade or so with interior wood treatments, many other countries continue to outlaw its use and rot has become a larger issue.

With Gravity's new pre-engineered track, the boards are cut in a shop, using high end tools and equipment.  There is more precision in the cuts and the expense is reduced from having to do the work in the field.

The boards on the track, instead of lying flat, are turned on their end, giving better strength and stability. They can now span longer distances without sag.  The boards are glued and nailed together, which Miller says makes it 30xs stronger than traditional track.

With the new innovations and several coasters needing new track due to wood rot, the company has been busy repairing and replacing sections of rides.

They are currently putting track on 9 existing coasters. With the pre-fabrication option, they can prioritize where on the ride the new track would be the most benefit and reduce costs on high maintenance areas.