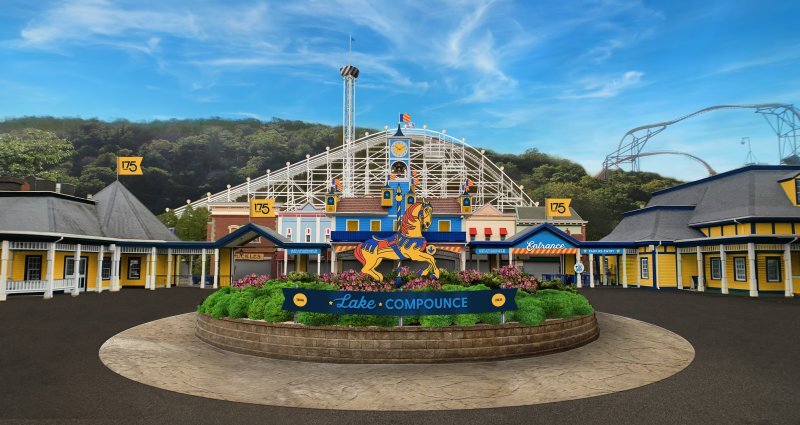 Opened in 1846, with picnic grounds, a concert gazebo, and swimming lake, Lake Compounce Family Theme & Waterpark reached age 175 in 2021, a venerable age for a beloved amusement institution. The longest continually operating theme park has come a long way since adding a hand-cranked Ferris wheel and rowboats back in 1895.

This year, the park received a major glamorous refurbishment for its impressive anniversary, including everything from new food offerings and a new food and beverage festival, that was held throughout the month of June, to a brand new and shiny look to its entrance area.

Located in Bristol, Conn., the park also added new staff this year, some 1200 seasonal employees were sought out for all departments.

Among the large physical updates for the park were fresh paint and lighting on most attractions and buildings. The former Parkside Diner was transformed into the Timberjack Chowhouse, where guests were able to build their own custom burgers and dine on offerings more restaurant-quality than theme park style. There were new themed elements added to the log flume ride, the iconic Saw Mill Plunge; and bright chaser lights were added to Wildcat, the wooden coaster that is clearly seen from the front entrance to the park. 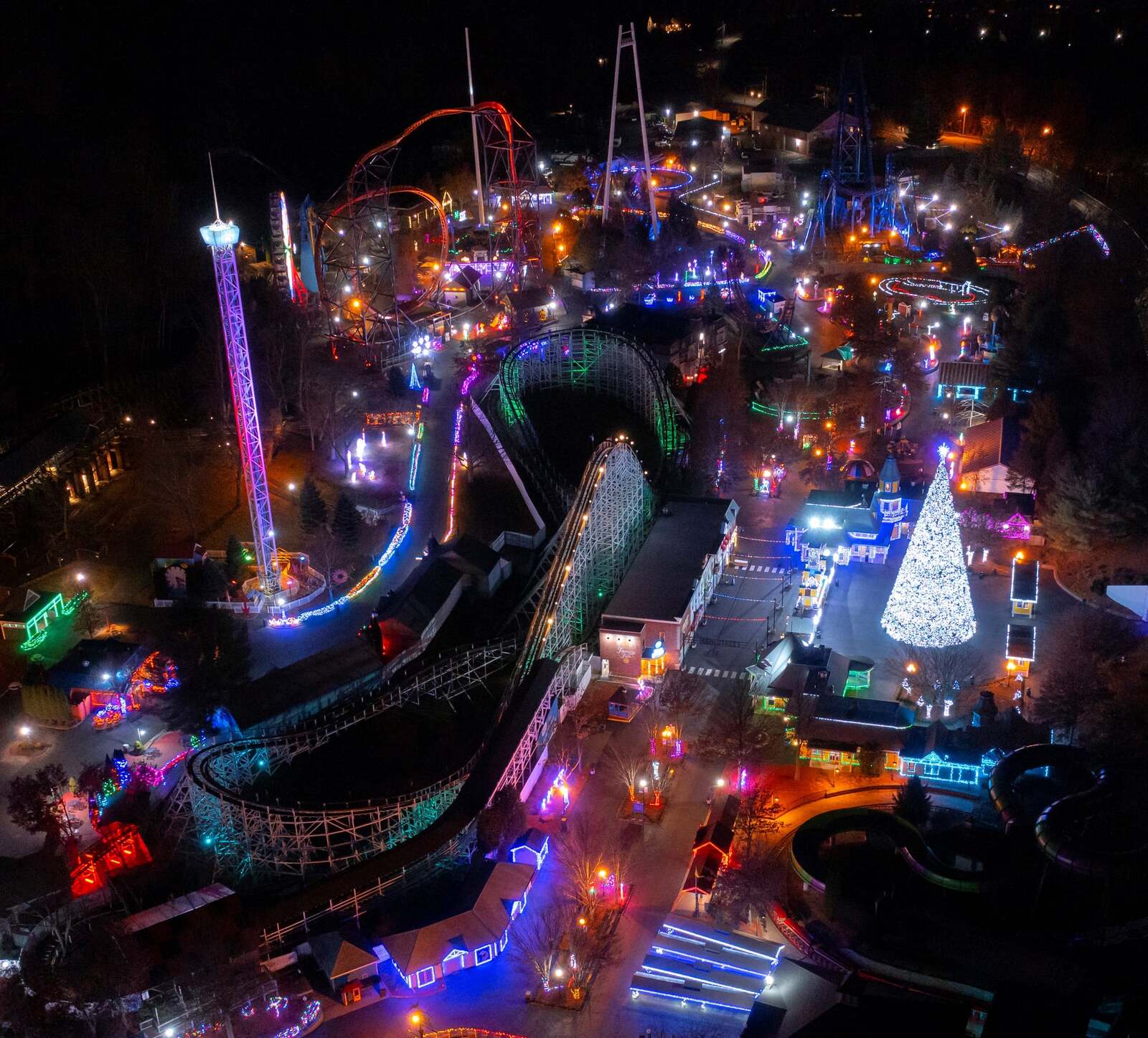 Guests saw an immediate bright new look to the park with a completely revamped entrance area, bright with color and highly cutting-edge tech. The entrance now features a virtual turnstile allowing guests to enter through a touchless laser beam rather than a contact-necessary entrance bar. The entrance tunnel and signage featured the parks bouncy and attractive rebranded logo.

Not quite as old as the park itself, the park's beloved Boulder Dash roller coaster also celebrated a birthday this summer – of 20 years. Voted the number one best wooden roller coaster five times, the ride also received top nods in 2001 and 2004 by the National Amusement Park Historical Association. The coaster takes guests on a quick-moving, boulder-dodging dash around turns and hills, and features plenty of airtime.

Another park perennial is the family locomotive fun of the Compounce Railway. The park says it has now traversed about 4500 miles on its circular track. And the Wildcat Coaster has been a thrill ride for guests of all ages since 1927.

If the park's impressive age and attractive upgrades aren't enough reason to celebrate, the park is also deep into its Holiday Lights celebration, it's largest to date, honoring the park's 175th birthday. The event began November 26th with the lighting of Connecticut's Tallest Christmas Tree, relit after a dark year in 2020. The tree itself features a tribute to the park's birthday: 175,000 lights. 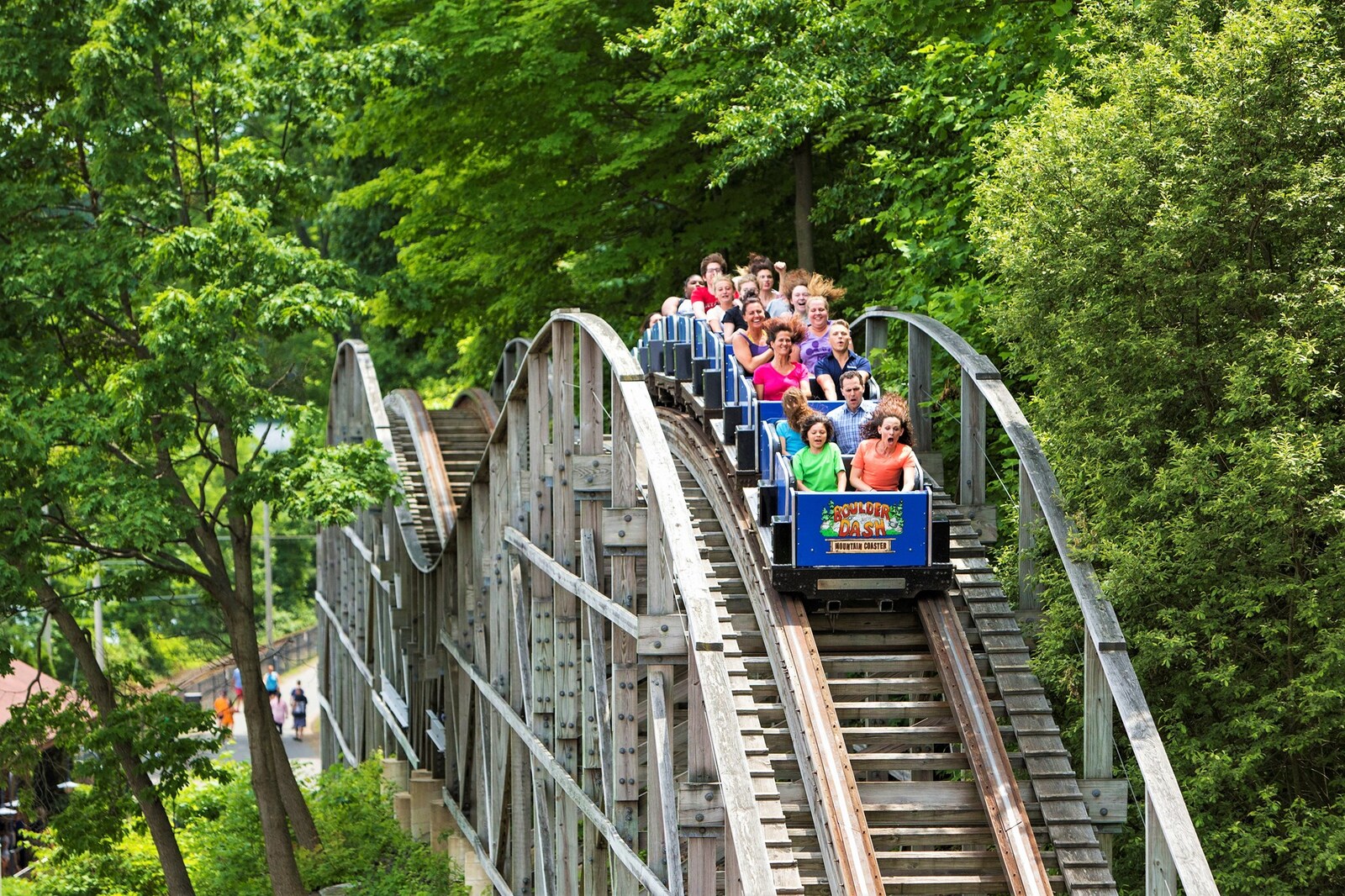 According to the park's marketing director, Amy Thomas, “…it's a can't-miss way to know holiday cheer has returned to Connecticut.”

Throughout the park, the event includes over 300,000 lights and a holiday menu that features warming treats such as chowder, chili, and of course, hot chocolate – including a spiked version at the Harborside Bar for adults - and gingerbread. Along with the food and light shows, guests can write a letter to Santa, ride the “North Pole Railway,” sing carols along the way, and hear stories from Mrs. Claus in the Kiddie Land section of the park. Events and attractions include an Elf Boot Camp, cookie decorating, and a brand-new holiday version of the park's Ghost Hunt ride, reimagined for the season as Boocier's Haunted Holidays. The attraction temporarily riffs on a Nightmare Before Christmas-like vision of spooky seasonal fun.

Also new in 2021: Once Upon a Christmas in the Starlight Theater, a live production featuring singing Suzy Snowflake, magic, dancing, and magical toys. And, 15 minutes before park opening each night, at the main gate, a Rock Around the Christmas Tree musical countdown and song event takes place.

From opening day through December 19th, park guests were also able to visit and pose with Santa. On opening night, attendees could also enjoy what was billed as the “World's Largest Ugly Holiday Sweater Party.” The event was conducted in conjunction with Lake Compounce sister amusement park locations, Dutch Wonderland and Kennywood in Pennsylvania, and Castle Park in Riverside, Calif.

In early December, a “Pawliday Lights” event brought out adoptable dogs from Dog Star Rescue, and offered guests free parking in exchange for bringing pet food, beds, and toys for the rescue. In mid-December, a weekend Holiday Market was followed by a Gingerbread Weekend, with gingerbread themed food and drink, as well as the opportunity to decorate gingerbread cookies and build a gingerbread house. 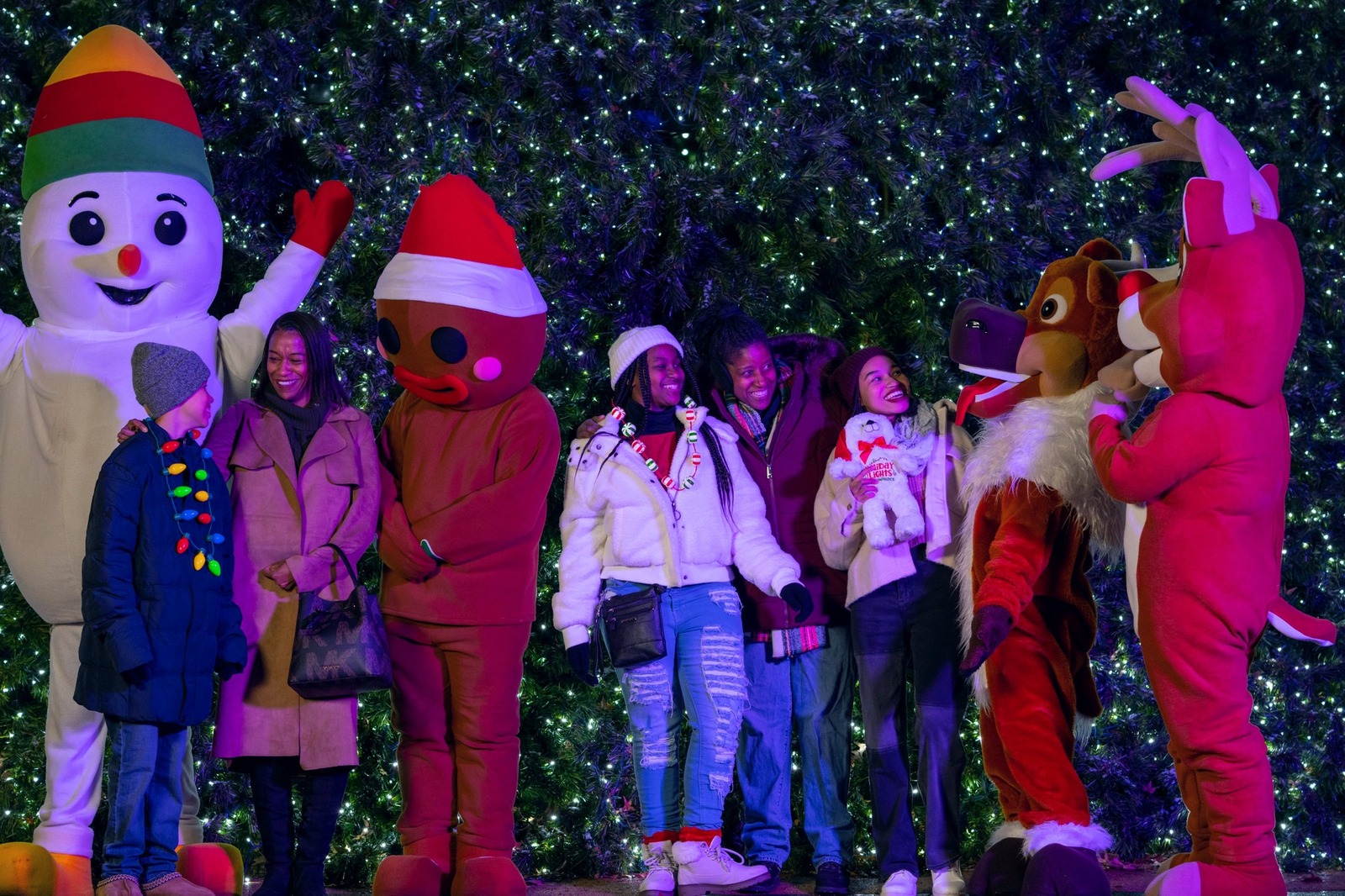 Finally on the seasonal agenda, on New Year's Eve, a kid friendly celebration took place – another first for the park. There will be a bubble dance party and a juice box toast, followed by the park's fireworks show.

The seasonal event hours were Fridays 5 to 9 p.m., Saturdays and Sundays from 4 p.m. The event also ran weekdays December 27th through 31st, with peppermint themed food and drink available that week. Holiday pricing began at $19.99 for adults and $17.99 for children; 2022 season passes offer guests Holiday Lights admission all season long.

Looking ahead, Lake Compounce will be providing attendees with something else new in 2022: luxury lake cabanas that seat seven, and include 12 water bottles, a fan, and electricity, along with a souvenir Lake Compounce bag, towel, sunscreen, discount coupons that can be used throughout the park, and 2 large lockers for storing those wet suits.