Guests are Required to Mask Up at All Disney & Universal Theme Parks
Employees at Disney World Theme Parks are strictly enforcing face coverings at all of its theme parks and Disney Springs entertainment complex.

Theme parks look a little bit different these days. As some parks reopen – and others decide to slow down reopening plans – those who can go have proven they will.

Open parks are busy with guests eager to get back to the business of fun. But when they arrive, they'll see a lot of differences, some for the better. In that category is the concept of virtual attraction queues as opposed to long, endless, hot lines in-person.

It was an idea whose time had already come before the pandemic: Disney's FastPass system was popular and free at parks. It is also a win for Disney itself: instead of just standing around, guests could shop, snack, or visit other rides with short wait-times. And yet, Disney is replacing that popular system. In part, because the system grew overly complicated for guests, but mostly, as the Disney website says “As a result of the COVID-19 impact, the FastPass+ service will be suspended …we plan to use additional queue space to manage capacity at our attractions and maintain physical distancing. We will automatically cancel existing FastPass+ selections and share any future updates on the service at a later date.”

Whether a new system will be rolled out to more efficiently take the place of FastPass+ or whether limited park admissions and wider-spaced queue lines will make the system unnecessary, is too early to tell. A different type of virtue queue could also be in the works, as Disney's Star Wars: Galaxy's Edge attractions have never used the FastPass system, instead using a new virtual system.

Due to capacity restrictions, advance reservations are required to visit a Walt Disney World theme park.  All four Disney World Parks have reopened, however, their two waterparks, Typhoon Lagoon and Blizard Beach have not.  Disney has yet to make a formal announcement on the reopening plans for its waterparks. 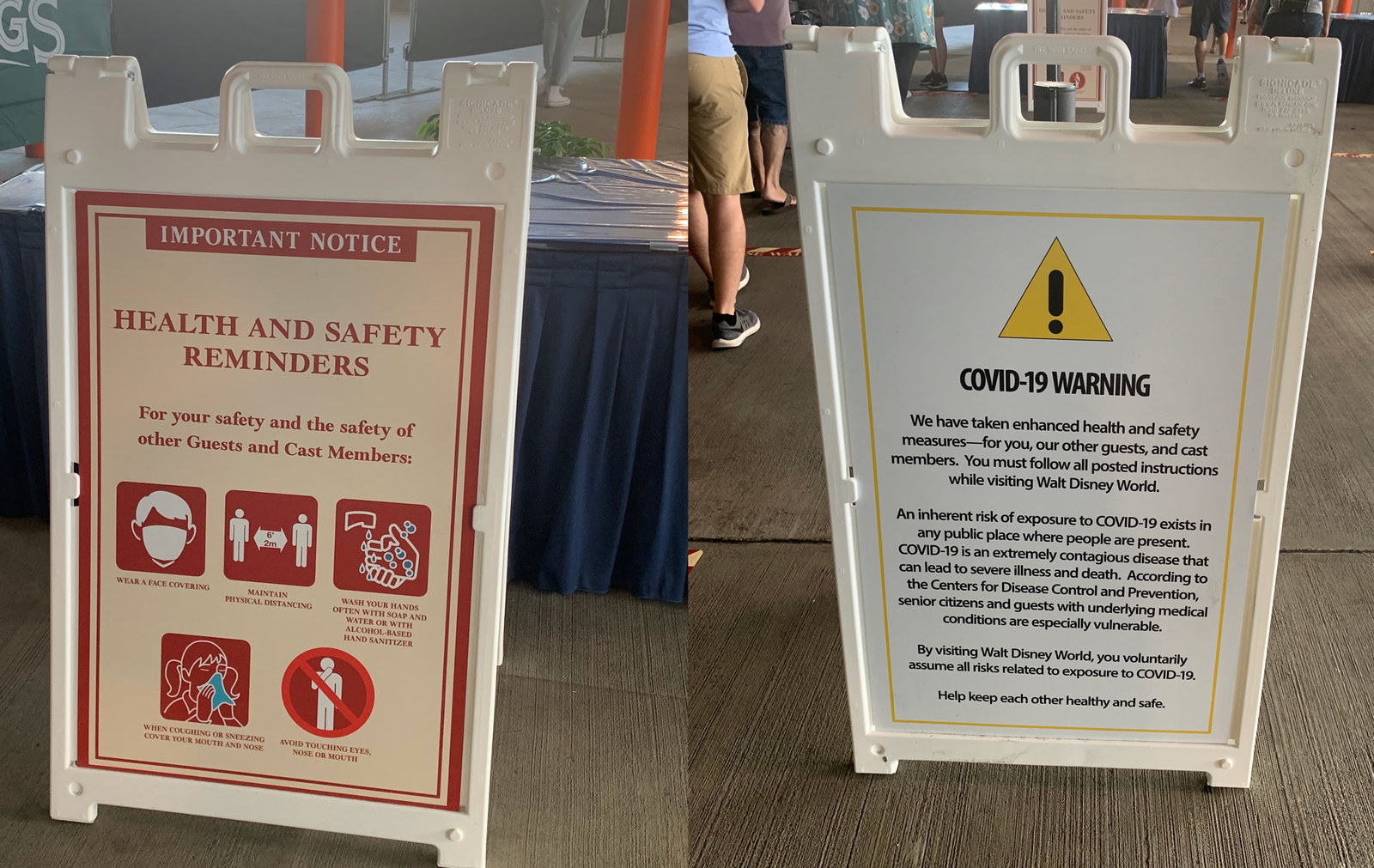 Naturally, queue lines will be socially distanced, with markers placed on the ground and attendants ready to make sure the social distancing is being enforced.

Along with virtual queues and changes to the operation of these queues, purchasing souvenirs and food items in theme parks will also be looking somewhat different. Mobile ordering for food? Check. Smaller parks are already streamlining food and beverage options with contactless payments; the majors are most assuredly following.

Merchandise will also be handled in this way, with smart phone purchasing and specialized apps driving the process. In the end, this may also be more convenient for guests, with the possibility of not just making contactless payment transactions, but picking up whenever is convenient, such as in one specific area when exiting the park, or exiting a specific area of the park.

Covid 19 safety features aside, this is also the era of the immersive experience, as shown in a technologically impressive way at Universal Orlando's Universal Studios Florida with the Bourne Stuntacular.

The live performance event also includes tech that meshes seamlessly with the stunts and practical effects, including a 3640-foot LED screen, projection mapping, large-scale car lift and moving set pieces, as well as physical effects felt by audience members from gusts of wind to a steam-boiler's heat blast. It's a huge update from the old Terminator experiences at Universal parks that also combined live-action performers with cinema. The stunt show is inspired by Universal Pictures' film franchise and features an original storyline with Jason Bourne traveling through Tangier, Washington, DC and Dubai.

Due to the pandemic, however, Universal Orlando will implement more than just cutting edge entertainment. There are also a bevy of health and safety measures in place, including spacing between travel parties and limiting congestion. Attendance capacity at the Bourne Stuntacular will be limited as a result, with wait times possibly longer; guests are required to mask-up while viewing the show.

Some parks are going with a more outside-the-box solution to coronavirus restrictions and safety. 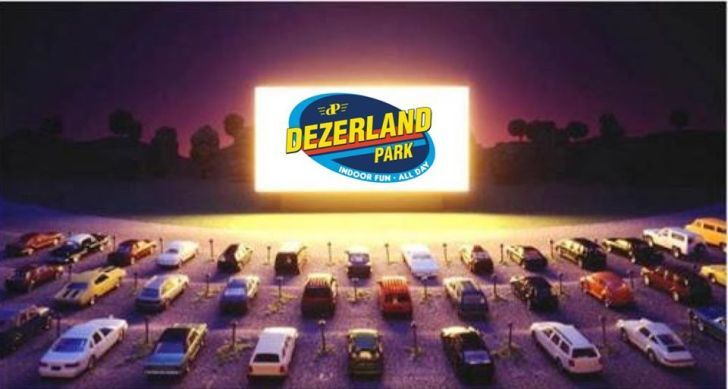 At Miami, FL.'s Dezerland park, the attraction hosted drive-through movie nights every Friday. On July 11th, the park screened two films: the family-friendly Abominable, and at a later showing, Gladiator. On the 16th, there was a DJ battle at the drive in. The park allows 150 cars per movie, spaced apart in the parking lot; audio came in through car radios. Using an app, food orders are available for purchase and delivery to the car. Park general manager Alex Reed relates that “The drive-in movie is the Dezerland way of providing the community with family friendly entertainment.”

The traveling entertainment experiences provided by Imagine Exhibitions have been adapted to a drive-through experience as well. Among their offerings are the LEGO crafted Nature Connects from Sean Kenney, and Dinosaurs Around the World, featuring 50 large-scale animatronic dinosaurs. President of Imagine Exhibition Tom Zaller says “It has been such an inspiration to see the ways that our partners and peers have demonstrated resilience, creativity, and nimbleness by pivoting to drive-through experiences during this challenging time.”

The company is adapting its experiences to include features such as an audio tour that can be played through a smartphone or FM radio channel; a cashless drive-through gift shop; and placement of displays and lighting to create the best possible experience for viewing from the car.  Zaller notes that “Some of the more complex ideas that we have considered include having the car drive into an enclosure where it is surrounded by an immersive video installation and/or placed onto a corresponding motion platform to simulate a ride or experience.”

At Six Flags Great Adventure, located in New Jersey, the park's safari adventure has opened as a drive through experience as well. Visitors can see 1200 exotic animals from their own cars, after registering in advance via Six Flags' new online reservation system. The easy-to-use system allows Six Flags to manage daily attendance levels and avoid overcrowding. According to Six Flags president and CEO Mike Spanos, “The health and safety of our guests and team members is always our highest priority …we certainly want to take extra precautions to create a safe experience for everyone.”

Employees at Disney World Theme Parks are strictly enforcing face coverings at all of its theme parks and Disney Springs entertainment complex.