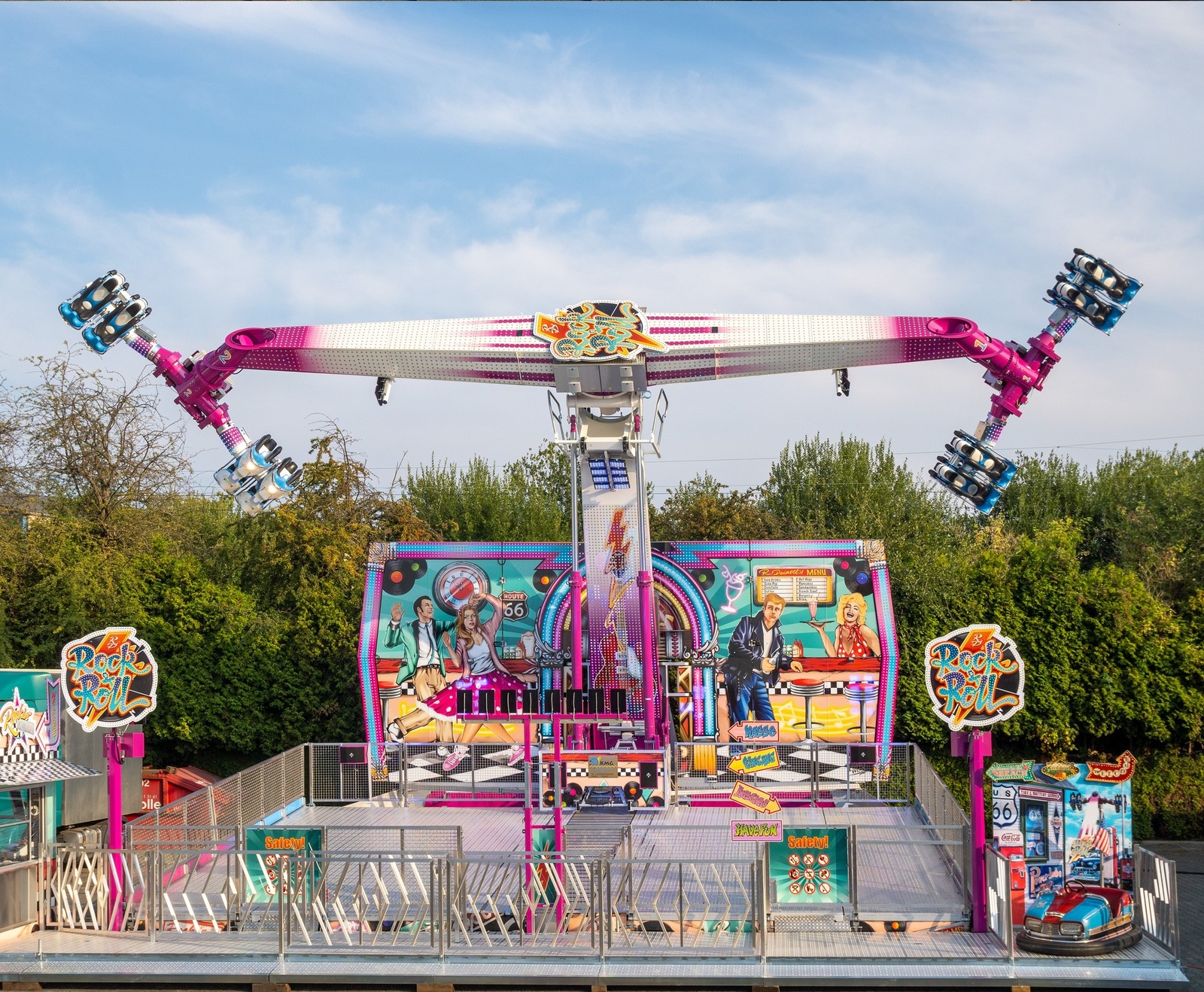 KMG will deliver two X-Drive Rides to the USA in 2023
Drew Expositions and North American Midway Entertainment are both scheduled to take delivery during the 2023 season.

The IAAPA trade show is back to full strength and buyers seem to be spending after two successful post-Covid seasons.  Ride manufacturers are reporting brisk sales, but the challenge is being able to deliver the product in time for the buyer.  With supply chain disruptions — several manufacturers point to difficulty securing electronics — and labor shortages, many manufacturers are quoting delivery dates well into next year, if not 2024, or even 2025. 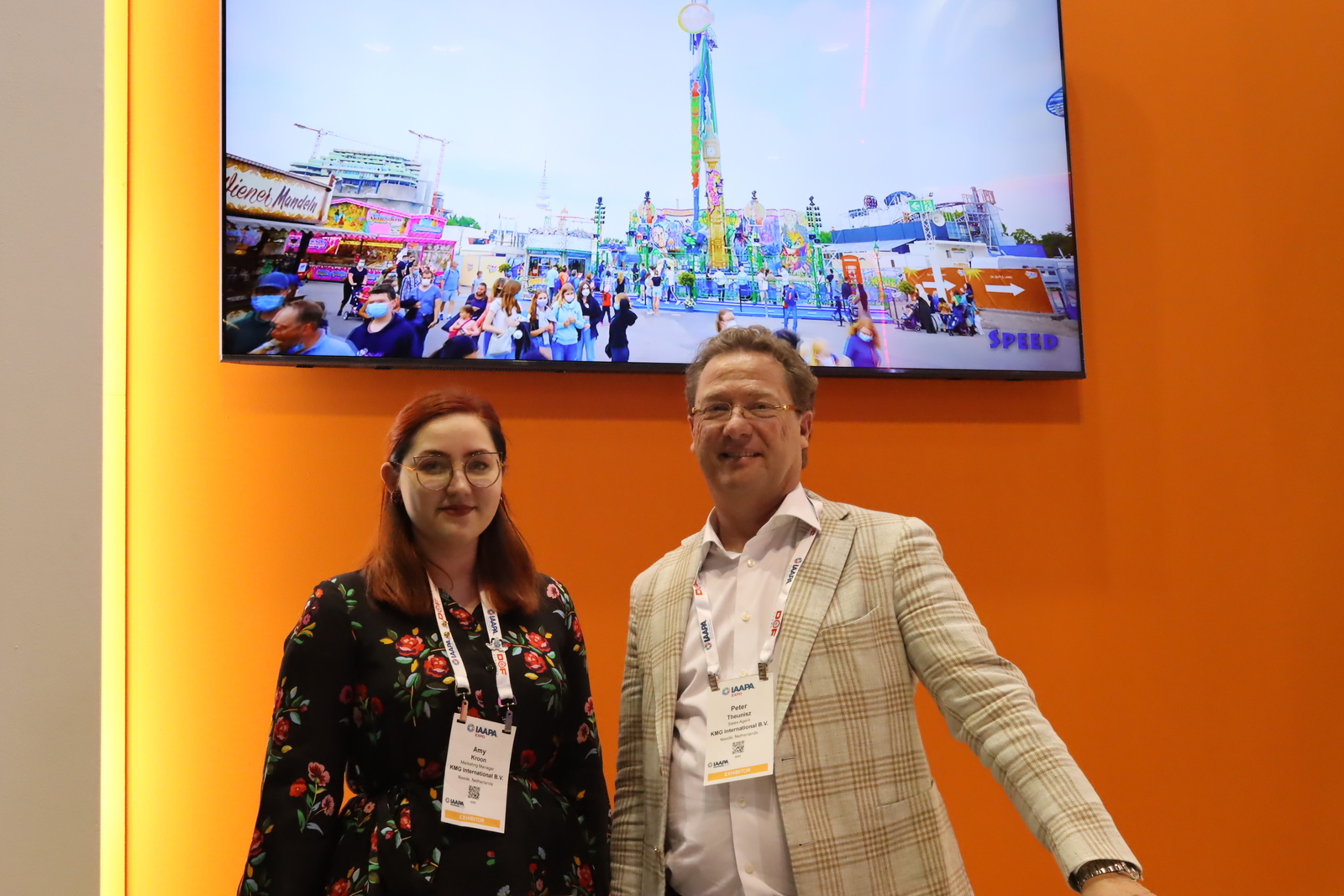 KMG is one example of a manufacturer meeting success with sales, but demand exceeds supply. Amy Kroon of KMG says the company is glad to visit with so many people they haven't seen for the past couple of years — in fact, they were unable to exhibit last year due to Covid travel restrictions — but the problem is she is unable to take the orders of those hoping for a short-term delivery date.

“We are booked through March of 2026 for deliveries”, relates Kroon.  She points to some remaining supply chain delays, and a smaller staff as elements that exacerbate the problem.

Deliveries are being made however, for rides that have already been ordered.  Kroon is especially proud of the wheel the company built for the Netherlands.  The ride is 225' tall and will travel on 9 trailers.

Amazingly, the ride does not need a crane for setup up as the towers come together hydraulically and much of the key infrastructure is built on top of the trailers.  This is the first delivery of the new-stye wheel. 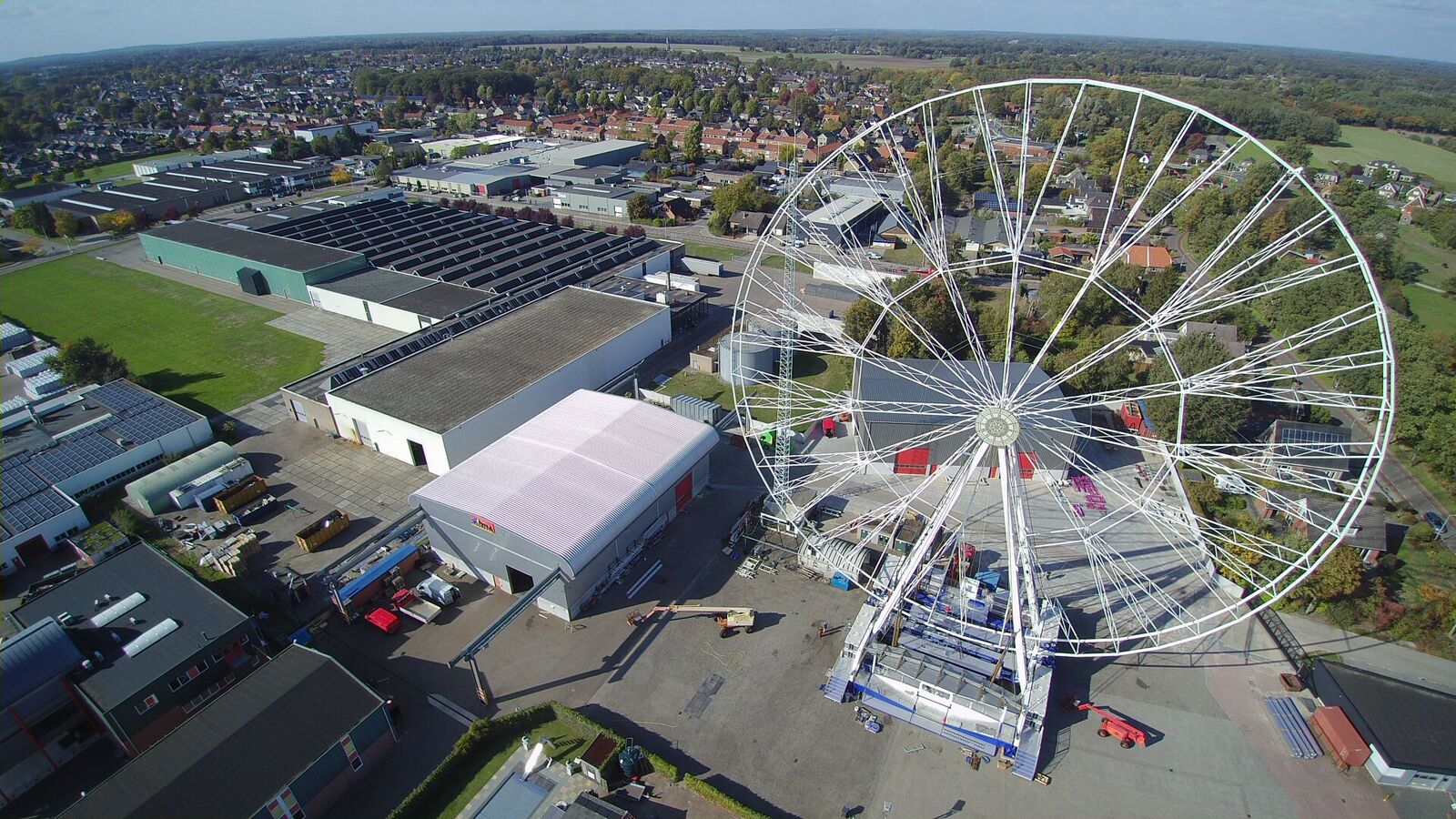 Other orders being delivered soon are a Afterburner ride for Butler Amusements in 2023, a Speed and Inversion to Helm and Sons, also for 2023, and X-Drive rides for Drew Expositions and NAME to be delivered late this year/early next year and 2023 respectively.  A XXL will be delivered to Butler Amusements in June of 2024 and as reported earlier, Wade Shows / Iconic Midway Rides will also take delivery of an XXL in January 2024.

The company is also delivering a massive Speed 32 to Germany. 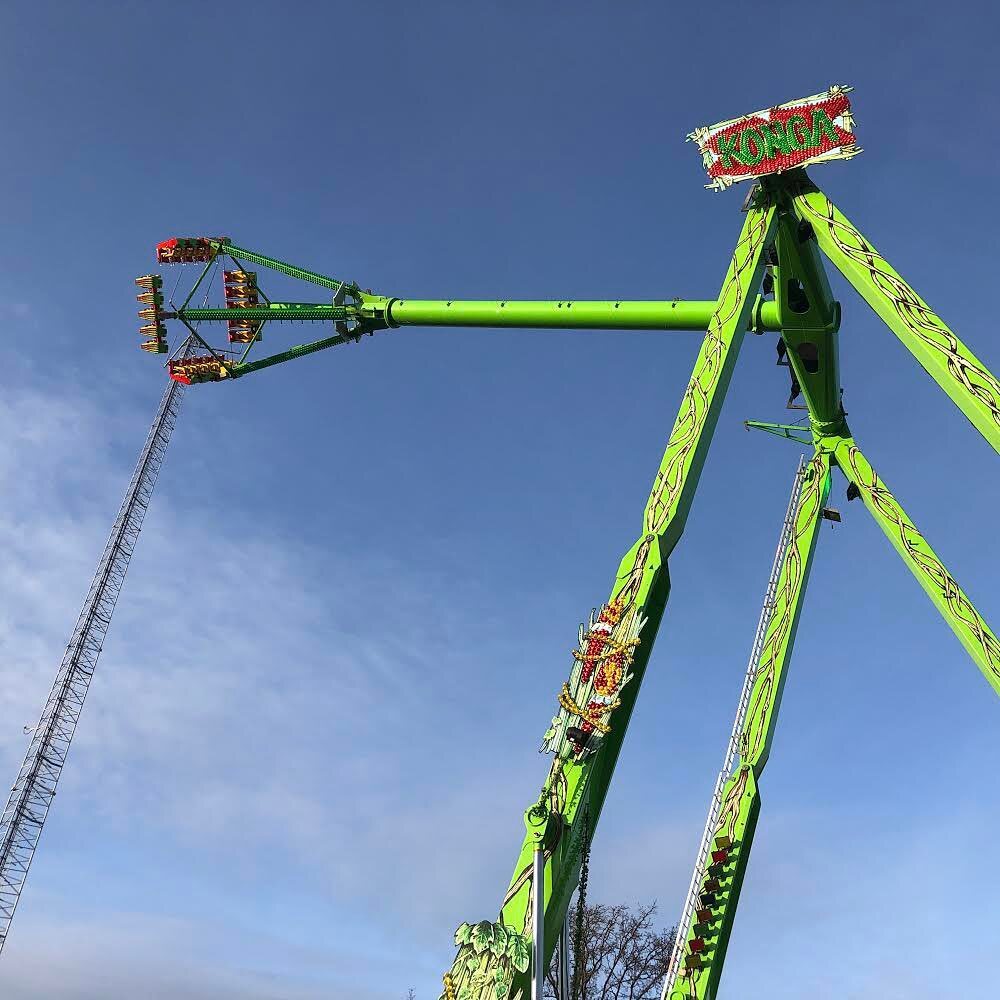 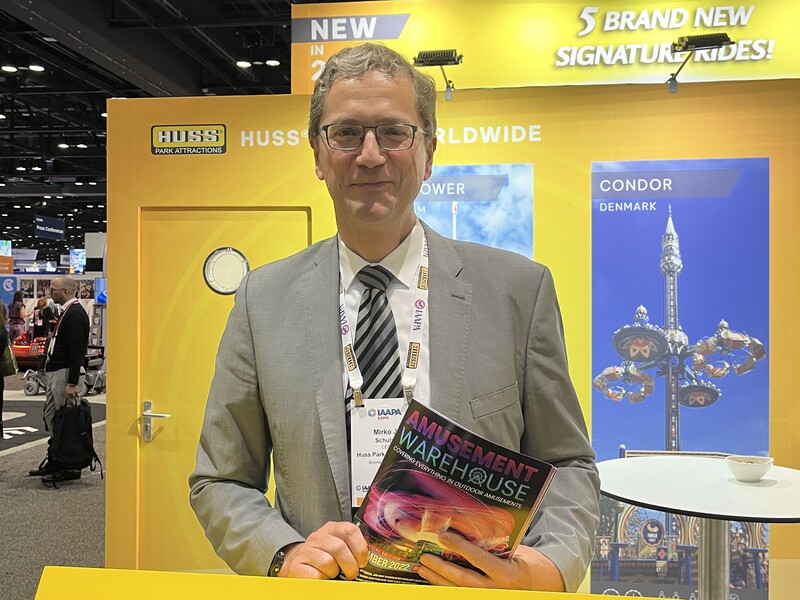 Huss made some exciting announcements just prior to the trade show.

After a discussion with staff and analysis of the market, Huss CEO Mirkot Schulze determined, “what we are missing are flat rides.”  Schulze said the company had been doing well with tower rides and other large attractions, but what was missing in the market were “high capacity rides with dynamic movement and a compact footprint.”

The company, also listening to showmen throughout the world, began to develop plans for 5 new “flat rides.”  The first of those to be revealed is a new version Break Dance: The Break Dance 5.  The first edition will go to a European park and they are in talks now on a second ride they hope to close on soon.

The new offerings will not just be available to parks, but plans are to make portable versions of each of the rides if demand is there.  Schulze says his planned mobile version of the Break Dance 5 should travel on 3 - 4 trailers, and after listening to mobile showmen, they will be built easier to transport, given the labor shortages rampant throughout the world.

The new rides will all have the latest in safety updates and Shulze is preparing everything to meet and exceed ASTM and European standards.

With five new flat rides offered for both the park and mobile markets, Huss is definitely creating some excitement, as well as traffic for its booth, at the show. 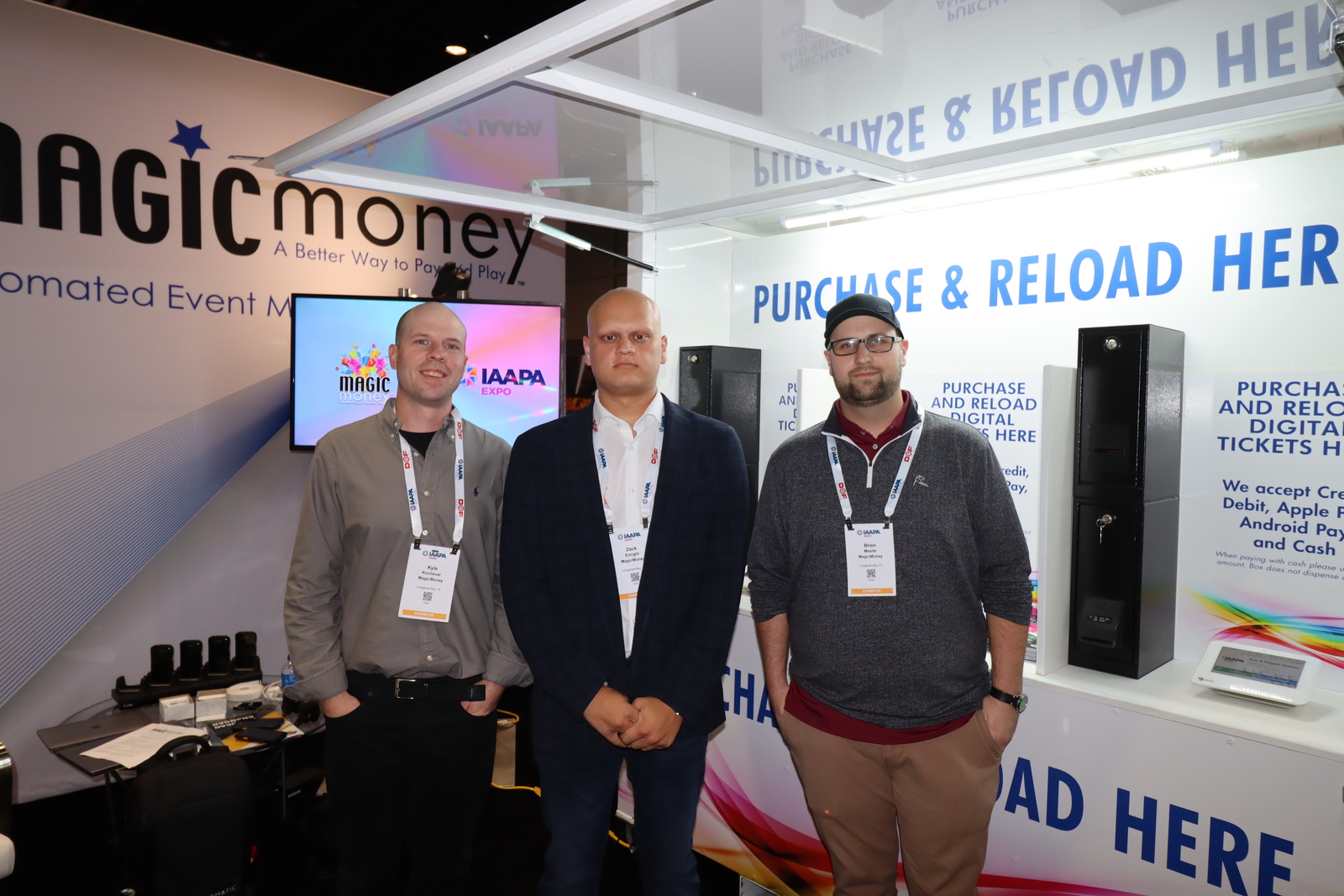 Finally today, Magic Money announced they have signed 4 new carnivals to use their midway management system beginning in 2023.  The shows combined have 8 routes that will be using Magic Money.  This brings to 22 the total number of carnivals using the system.

Drew Expositions and North American Midway Entertainment are both scheduled to take delivery during the 2023 season.