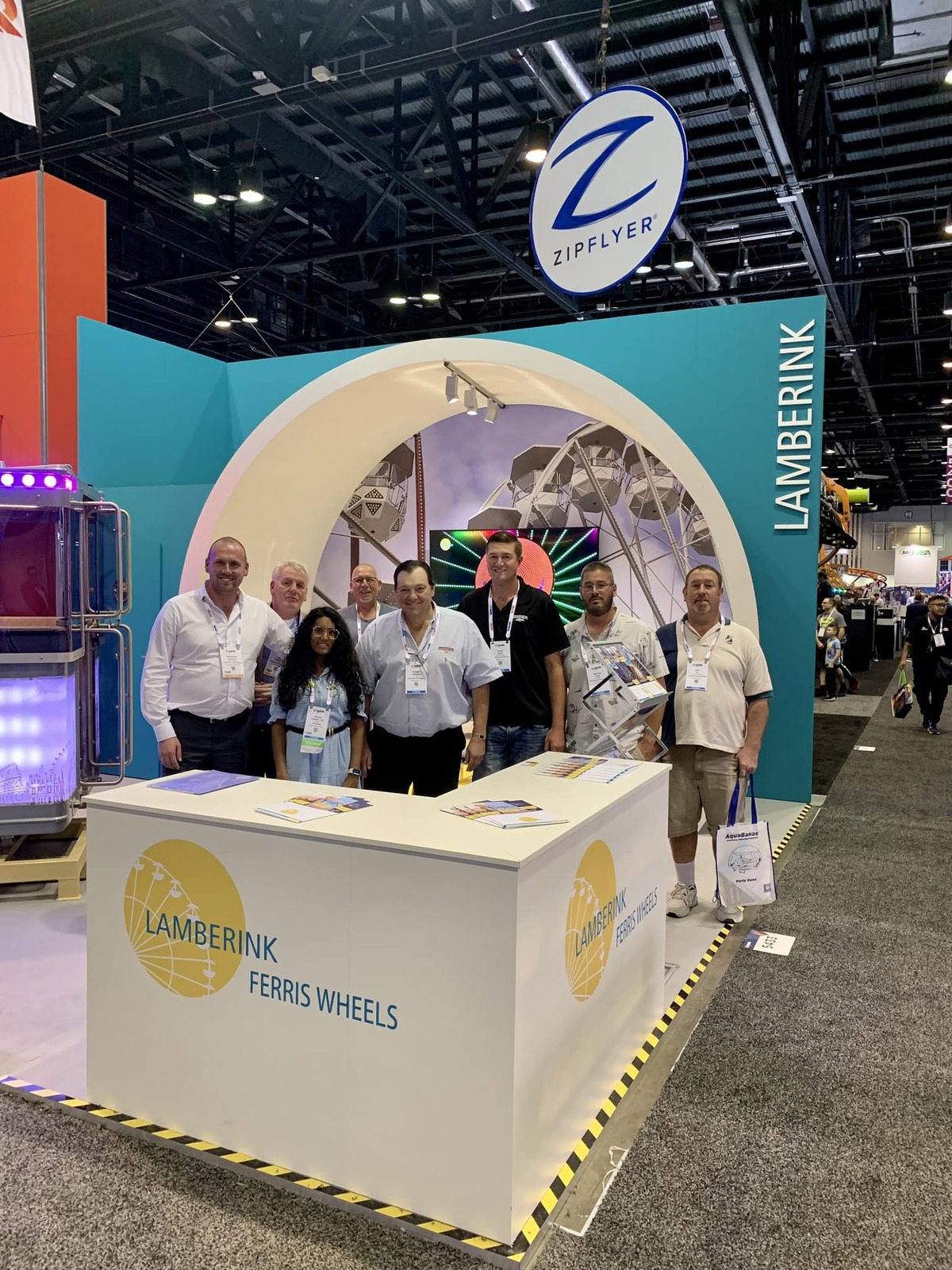 As we wrote previously, customers seemed to be in a buying mood during the IAAPA trade show in 2022.  Manufacturers from around the world were reporting brisk sales and if anything, the only difficulty was in being able to fulfill orders as quickly as customers wanted.

With supply chain issues prevalent, especially in the electronics area, manufacturers were sometimes left waiting for weeks, or even months, for key components.  After surviving steel shortages and price hikes, they hope some normalcy will now return to the electronics area.

The Kroon family of Lamberink reported the sale of a new 33-meter wheel to Dreamland Amusements, a deal that closed at the show.  The 24 open cars are impressive and seat 6 people per bucket.

The 110' ride will be the largest in the Dreamland arsenal, and travel on 4 trailers.  The ride will have a beautiful LED lighting system and add to the visual presentation of the Dreamland midway.

The Kroons had a picture of 4 wheels set up in their yard from March of 2020, where the Pandemic had interrupted deliveries throughout the world.  The four wheels were certainly a sight to behold and drew quite a bit of attention to local passers-by.

The Kroons have also developed a 43 meter wheel which will be mounted on only 3 trailers with 2 transports for the gondolas.  The 32 passenger carriers have a new fancier design and this new style of tub will also be available on the 33 meter model.

This was Lamberink's first time in Orlando with a large booth and display.  The size mimics what they have for the European show but they made an investment with a larger booth for the US show.

Happily, the company says they were satisfied with the results and are hoping to close some sales upon their return home. 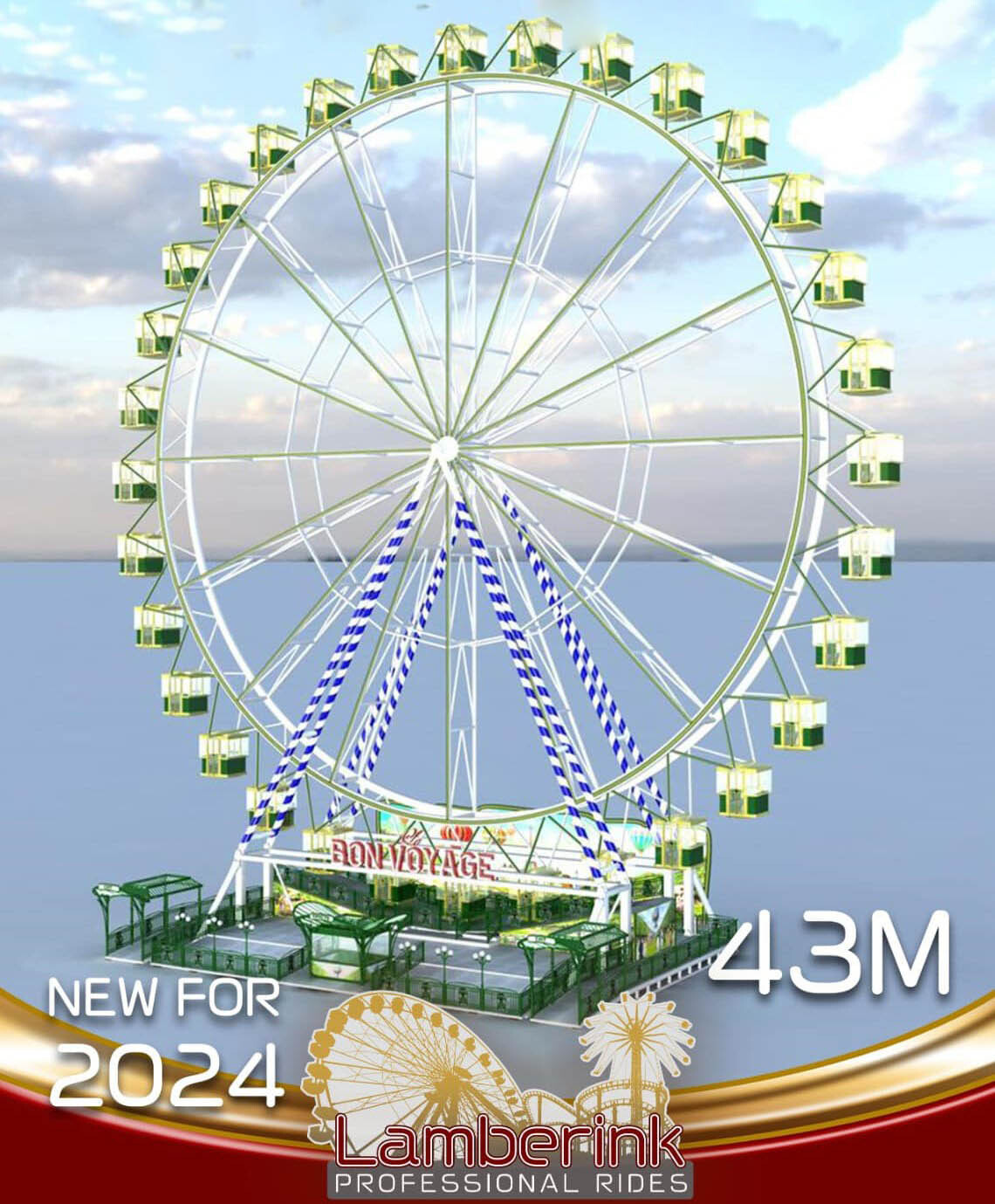 Technical Park also closed a deal late in the show with Amusements of America.  The company is set to deliver a new Revolution 360 ride at the end of 2023.

The company also sold a Loop Fighter ride to Ben Pickett's Southern Cross Rides, which will travel on the Ray Cammack Shows route.  The ride has a swing over and loop action but the design of the seats allow the passengers' arms and legs to move freely while the ride is running.  It has tremendous G-force and promises to be a great addition to the midway.  This will be the second traveling Loop Fighter in the USA, the first, Stinger, belonging to Reithoffer Shows. 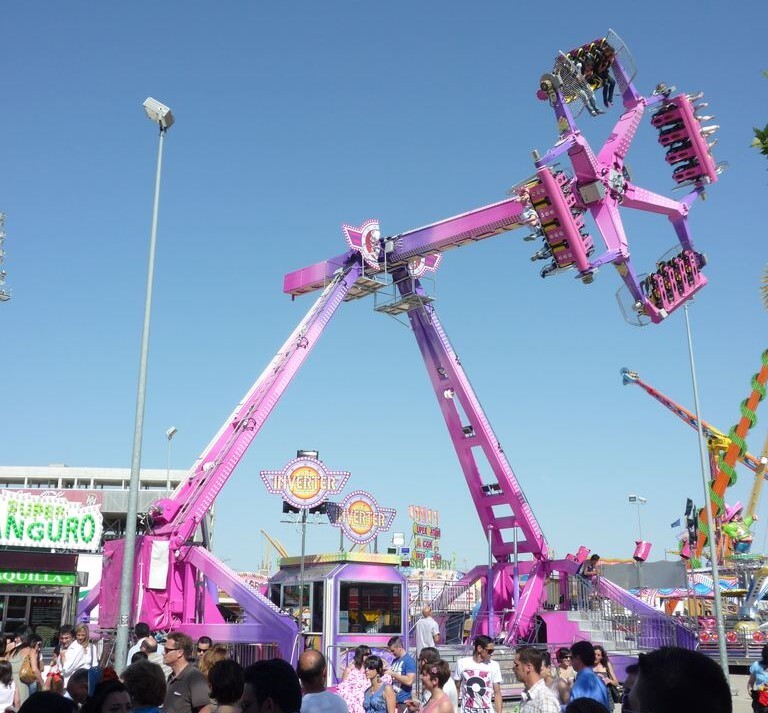 Marco Griglio of Technical Park said the company also sold a Street Fighter 360 to Penn Valley Rides and the show was “very good” for the company.  They are now looking at delivery dates for 2024 and beyond.