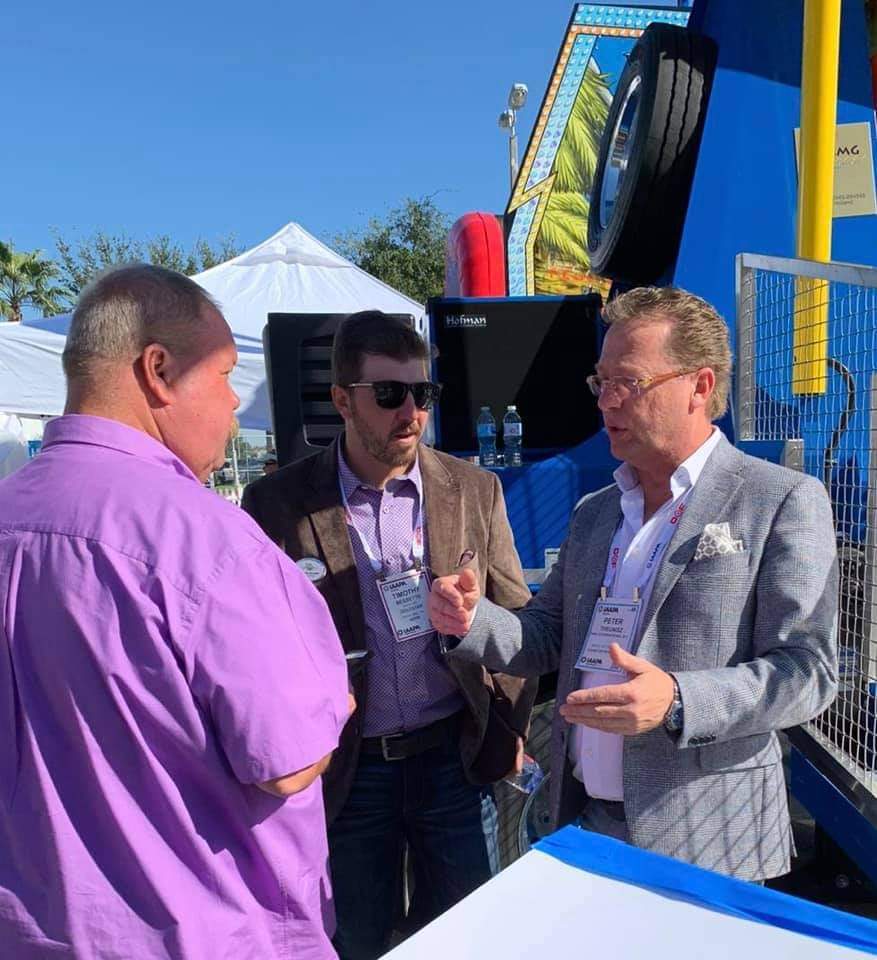 While it wasn't exactly back to normal, the IAAPA trade show opened under seemingly normal conditions.  Adjustments were not so much Covid - 19 mitigation related but rather, more from the effects of policies such as the ban on foreign travel to the US, labor shortages, and supply chain interruptions throughout the country.
The show is definitely smaller this year, there are less exhibits both inside — and especially outside, with the outside booths being largely relegated to inflatables and other similar attractions.  Inside however, you could still find rows of the latest video games, water park vendors, ride manufacturers, and about every conceivable supplier to the park and amusement industry.
As to the crowds, they were more sparse than normal, but from conversations with vendors and suppliers, the people that were attending were the “right” people and seemed eager to spend.  The mood on the floor was optimistic as most companies reported outstanding revenue despite some Covid related challenges, especially labor and supply chain issues.  From amusement parks to carnivals, the sentiment was that the revenue was the there in 2021, the difficulty was finding the employees to properly staff the operation and the supplies in order to sell the goods wanted by the guests.
The ban on traveling to the United States, which was recently lifted, was a big impediment to vendors planning on coming to the show and for attendees as well.  For people like Peter Theunisz of KMG, his plans were up in the air until a week or two ago, but once the ban was lifted with some testing and vaccination restrictions, he was able to make arrangements to travel to the US and used some space in the booth of business associate Rides 4-U to meet with clients.
Theunisz, reported that like the US, European numbers are largely up this year, though like the differing Covid approaches among states in the US, European countries varied their policies with Covid as well.  According to Theunisz, countries like Italy and Spain were open, even with large events, Finland and Norway were open, but with tight mitigation measures in place, and Germany had the tightest restrictions and was most conservative with event policies.
In June, many European events were give the go ahead to proceed but in Germany, Octoberfest was canceled once again.
With events in Germany closed, some ride owners attempted to organize their own events with restrictions in place.  Unfortunately, the events did not work well in Germany and attendance and revenue were poor.  The format, however was copied in places like Holland where the events turned out to be very successful.

Theunisz said the events — called “Pop Up Fairs” by the ride owners — involved more coordination than in the United States.  In Europe, where most companies own only one or a handful of rides, to produce an event of any size required working with other companies.  “They combined forces to organize these Pop Up Carnivals with a gate admission and in many cases, capacity restrictions”, said Theunisz. The companies promoted the events themselves and in Holland and other countries, they proved to be very successful.
“The numbers were up 25 - 30% at events”, said Theunisz.  “Even with capacity restrictions, they still made more money”, he added.
Carnival owners in Europe received governmental support during the Pandemic, but with the provison that if they made money they would have to pay it back.  TUV inspectors were busy because rides in Europe, according to Theunisz, have to be inspected each year, whether or not they are going to be operated, and this was also a cost born by the government.
KMG for their part, took on a lot of overhaul and refurbishment projects.  They worked on older pieces from their company such as a Miami ride, but also took on equipment from other manufacturers such as Huss and Mondial.  The ride owners took the time they had off to work on these overhauls and KMG was there to provide support and expertise in completing the projects.

Back in the states, Imperial Shows of Deep River, CT, took most of the 2021 season off as they did in 2020.  Show owners Chuck and Janice Reed, who have operated the carnival since 1978, were faced with a route of events cancelling once again early in the 2021 season.  Their route, made up of firefighter carnivals and community events, was all but canceled early on, and only two events planned to run.  Faced with the prospect fo having to open the show, find help, pay insurance for an entire season, and incur other operating costs, the Reeds worked with friends to cover the two events running in 2021 and covered their contracts as promised.
The Reeds have been operating Imperial Shows for over 40 years. Chuck Reed, after serving in the Army, was working a construction job when he was laid off.  Their next door neighbor was the owner of Spencer's Amusements and Reed decided to buy a kiddie ride and operate the Ferris Wheel for the show.
Janice Reed said her husband has always had a fascination with circuses and carnivals so the move seemed to be a good fit.  Although the career change for the newlyweds might have been scary at the time, the outcome has been a good one.  Janice worked as a nurse and would work her regular job before catching a nap in the car on the way to open her popcorn stand at night.
The Reeds also worked with Deluxe Shows in the seventies but as the show started to wind down, they took another leap of faith and decided to start their own enterprise in 1978; Imperial Shows was born.
The show started out taking a few smaller events from the Deluxe Shows' route and the company grew over the years, reaching a total of 14 rides.  The Reeds play their own slate of events from April to October, but also book equipment with larger shows such as Bob and Kathy DeStefano's Dreamland Amusements at some Connecticut fairs. 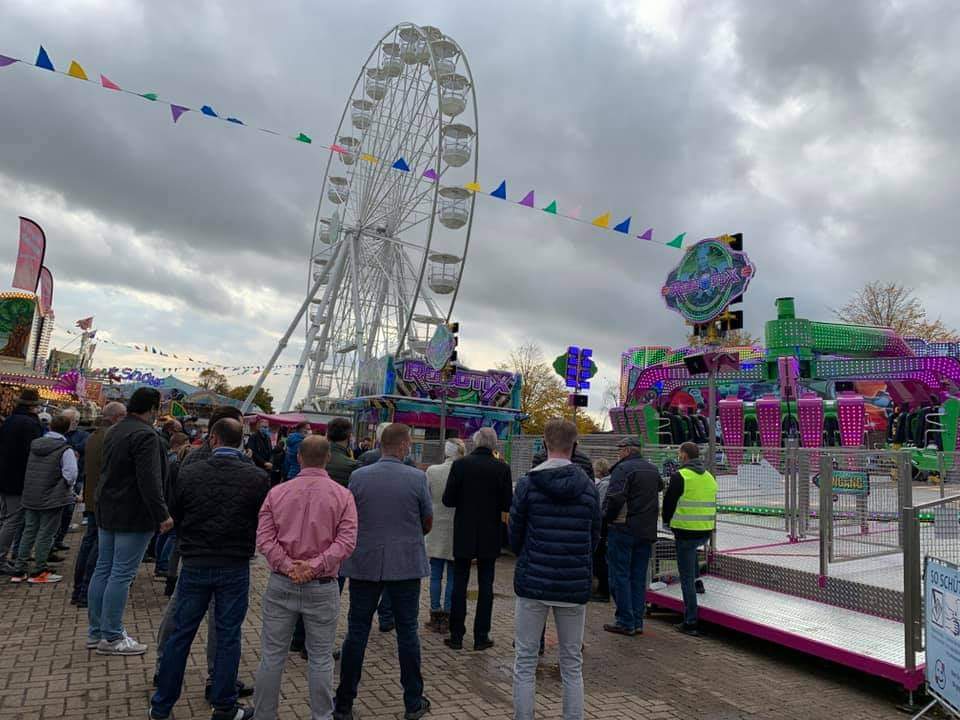 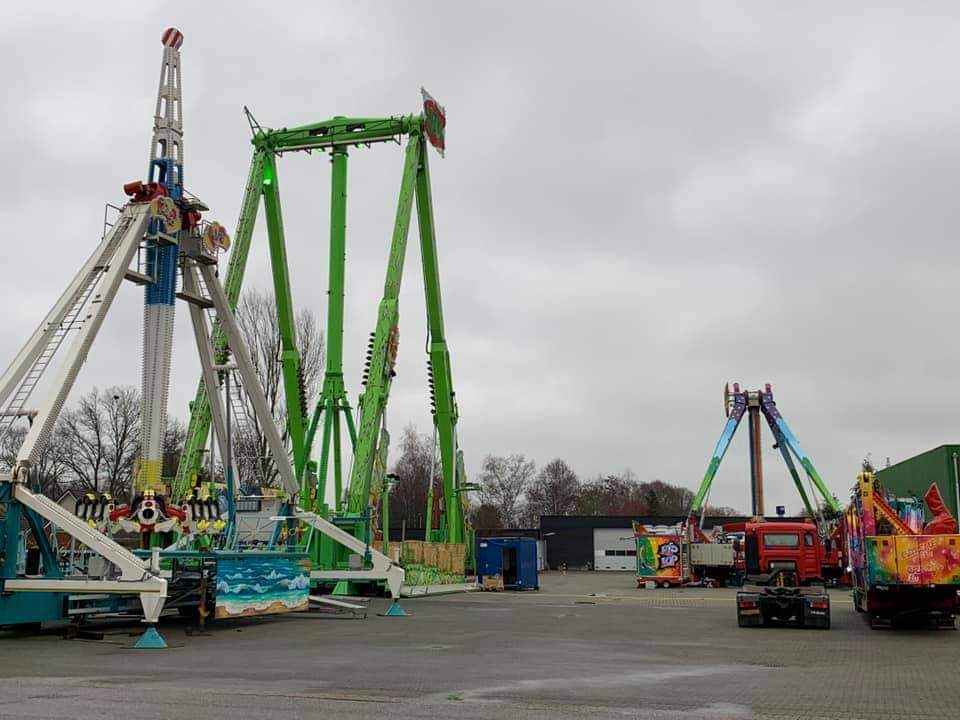