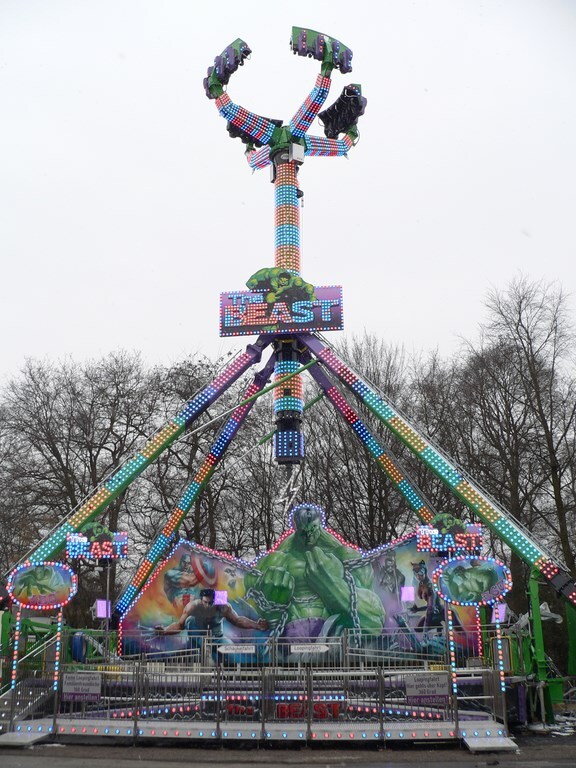 On Wednesday, The IAAPA show in Orlando continued to see good traffic and enthusiastic buyers.  Many companies discussed purchases from parks and carnivals large and small, and there should be some exciting announcements forthcoming.

Amusements of America's Dominic Vivona announced the company had closed a deal on a Technical Park Revolution 360 ride which they plan to take delivery of in 2024.  Vivona said the season had been a good one, with most events holding up or even exceeding 2021 when the weather cooperated.  The company was also researching ticketing companies for implementation on the midway in the future.

Present at the trade show were Dominic Vivona Jr, Robbie Vivona, John Thomas Vivona, Marco Vivona and Morris Vivona, Jr.  The cousins reported a strong 2022 season and they are looking forward to an even better year in 2023.

Maurer continues to innovate with new editions of roller coasters at sea.  The Bolt coaster premiered on Carnival Cruise line ship the Mardi Gras in 2021, a second version debuted on the Carnival Celebration and a new edition will appear in 2023 on the Carnival Jubilee.  The coasters hold 2 people per car and travel over the ship's pool deck as riders speed along the track.

The attraction is a popular addition to the cruise line experience.

Moser's Rides was also promoting some new additions.  Stefano Moser said the new Speed Flip ride has been a big hit so far.

The ride, which comes in both a permanent and traveling model, has 32 or 24 seats, respectively.  The ride rotates and rises and it spins around the center at high speeds.  One version, “Toxic” has already been delivered to Holland.

Moser is perhaps best known in the US for its drop towers.  Recent installations include Tweetsie park in NC and a second in NJ.

The most popular sizes are the 45' towers, which appeal to the whole family.

Stefano Moser said the company has been impacted by supply chain disruptions, with parts, even small ones, sometimes taking months to be delivered.  He is hopeful that delivery will return to normal as the season progresses.