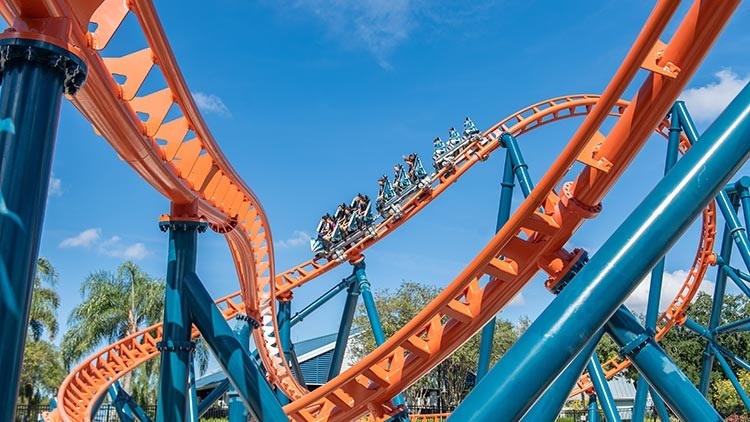 Summer approaches, but it’s a thrill ride named after the chilly Arctic that is drawing attendees to SeaWorld Orlando.

With four launches and the steepest vertical drop in the state of Florida, Ice Breaker has opened at last, two years later than originally intended, with plenty of twists, turns and airtime. The new roller coaster is positioned near the Wild Arctic exhibit and the Glacier Bar and Altitude Burger, each of which is already open.

SeaWorld Orlando first announced its plans to build the multi-launch coaster in the fall of 2019. Ride manufacturer Premier Rides presented the ride’s train cars at the 2019 IAAPA show; the ride’s track was about to be completed in February 2020 – just before the pandemic closed SeaWorld and caused construction delays and closures at theme parks around the world.

But now, two years later, the ride  finally opened on February 19th. SeaWorld Orlando president Kyle Miller noted that annual pass members were able to preview the ride prior to its official opening date. He noted that “With the opening of Ice Breaker, SeaWorld features the most coasters in a single theme park in Orlando, and we are excited to introduce the rest of our guests to this highly anticipated coaster...”

The coaster features two backwards and two forward launches. Ice Breaker uses a reverse launch to head into the much-touted steepest vertical drop in the state –a 93-foot drop with an angle of 100 degrees. While the ride has a total 1,900 feet of track, the train has an actual route of 2,700 feet due to the double forward and reverse launches. It includes other thrills as well: 13 instances of airtime, and an 80-foot-high top hat.

SeaWorld’s vice president of operations, Rob McNicholas, presided over the opening event, describing Ice Breaker as “a thrilling ride, and it packs a punch that will exceed your expectations…It’s smooth, repeatable and it’s a whole lot of fun!”

Originally designed as a family-style coaster ride, according to Brian Andrelczyk, Seaworld Orlando’s VP of design and engineering, during testing, the park redubbed it as a family thrill coaster. In short, despite the increased height restriction, Andrelcyzk says “... it’s not so much that it’s going to scare off the younger folks,” while it will not disappoint adults either. “So, it’s still big enough to thrill, but it’s small enough to have a lower requirement. That means the whole family can enjoy it.”

The opening event included an appropriate ribbon cutting – the ribbon was encased in a block of ice that required smashing before the ribbon itself was cut.

The ride is Premier’s Sky Rocket model, the family thrill ride’s initial 48-inch height restriction has since been adjusted to a 54-inch restriction.

The park announced in a press release that “We are experiencing some operational issues with smaller riders, and so out of an abundance of caution, we raised the height requirement from 48 inches to 54 inches for the time being as we work with the manufacturer and safety professionals to make adjustments.”

Initially, SeaWorld’s senior director of theme park development Jeff Hornick described it as a step-up for kids who weren’t “quite ready for Manta or Mako.” Whether the coaster is still considered such with the newer height restriction has not been announced.

Ice Breaker features four airtime-filled launches that go forward and backward. The coaster also features a reverse launch into a 93-foot-tall spike with a 100-degree angle. It reaches a speed of 76 miles per hour.

With the height change, Ice Breaker’s minimum height requirement is higher than that of the Iron Gwazi at Busch Gardens, SeaWorld’s sister park.

Public reaction has been highly favorable, with riders excited by the amount of airtime the ride offers. Andrelcyzk himself relates that the airtime hills on either side of the launch track are among his favorite elements of the ride, “… because all that weightlessness gets a little stronger, a little stronger, and a little stronger on each of the first three launches. Then that fourth launch, you just kind of get that fun lift out of your seat.”

He believes the ride holds its own against bigger rides at the park, like Mako, Manta, and the Kraken, as well as adding to the diversity of roller coaster options at the theme park. “There’s a lot of different opportunities and options that you have to experience here with our coasters,” he notes.

Along with the thrills of the ride itself, the queue line also offers an exciting experiential component. The position of the line allows visitors to be close to and underneath the coaster, making for great views of the attraction and thrills even before riders board it.

The ride’s wintery theme is well-suited to its positioning in the park, directly across the path from Wild Arctic. It also features a conservation tie-in with the Alaska Sealife Center, which is the park’s conservation partner, as an education, research, rescue, and rehab center for wildlife.

Once skeptical of the ice-in-Florida concept, as well as the center’s linkage to the Florida theme park, Tara Riemer, president of the Alaska Sealife Center explains that the partnership truly works. “What we have in common is the commitment to what really matters. The commitment to the oceans, the commitment to the animals who live in those oceans.” That commitment forms a “common mission,” she says. 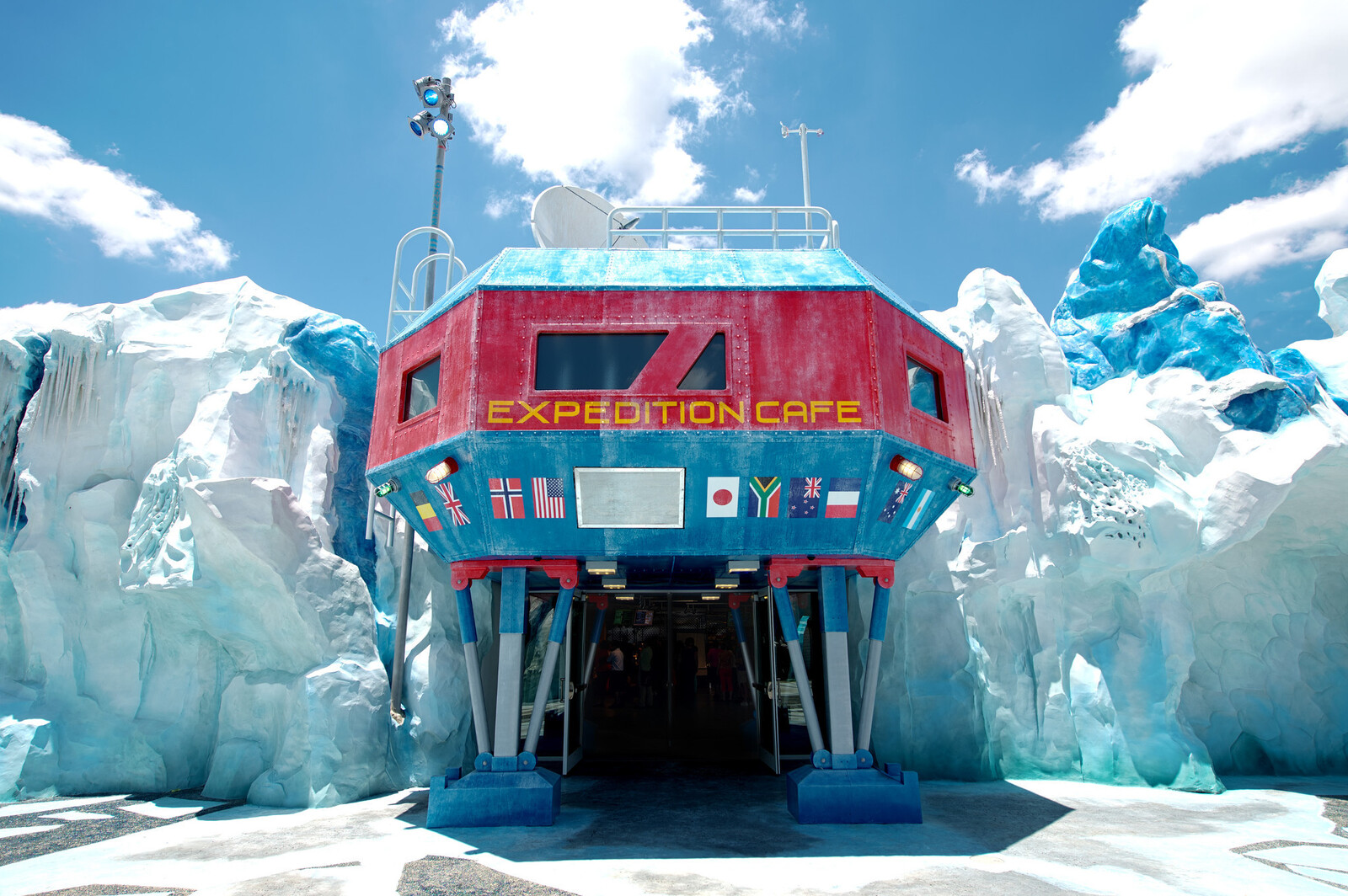 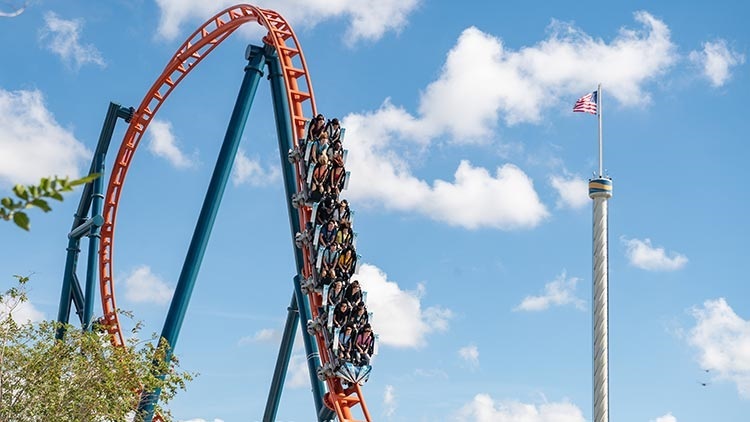