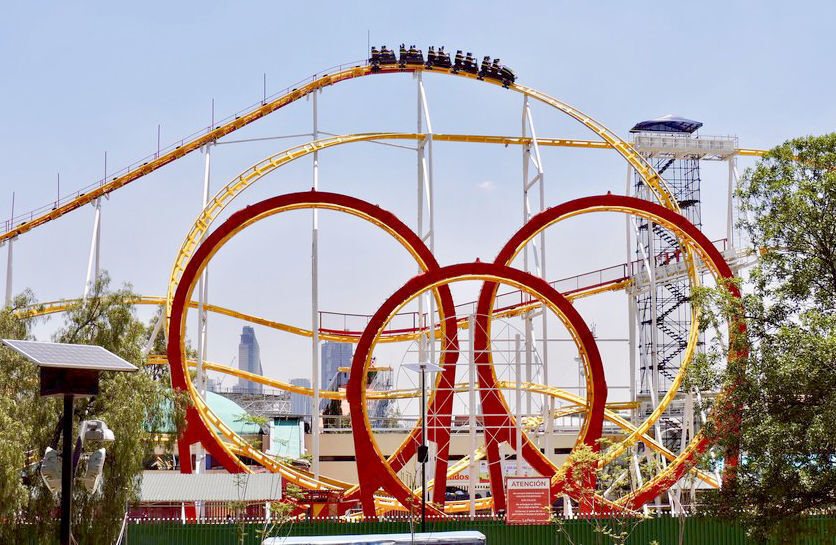 Indiana Beach just bought a Schwarzkopf Looping roller coaster and a Polyp, a retro spinning flat ride.  The amusement park, which rose from closure at the start of the year is one of the few genuine success stories in 2020 and is planning for a strong 2021 season – one that will be the park's 95th.

Originally built in 1984, the triple looping Schwarzkopf coaster is a tall 111-feet and it can reach a top speed of 53 mph. Considered the first coaster to feature three vertical loops, as it moves through its three loops, it pulls 4.7 g-forces.

The coaster's track stretches roughly 3,444 feet in length. The ride is being relocated from the now defunct La Feria Chapultepec Magico amusement park in Mexico City where it was known as Quimera.  Described by Indiana Beach owner Gene Staples as a triple loop, steel, sit down coaster, he notes that it “is the perfect fit to accompany our existing lineup of amazing coasters.”

Staples, a Chicago businessman, rescued the park after its closure in 2019 by previous owners.  He purchased Indiana Beach in April and reopened the park despite the pandemic in June.  He's already gone a long way toward refurbishing the park; the Schwarzkopf coaster is the next step toward increasing and improving its ride offerings. 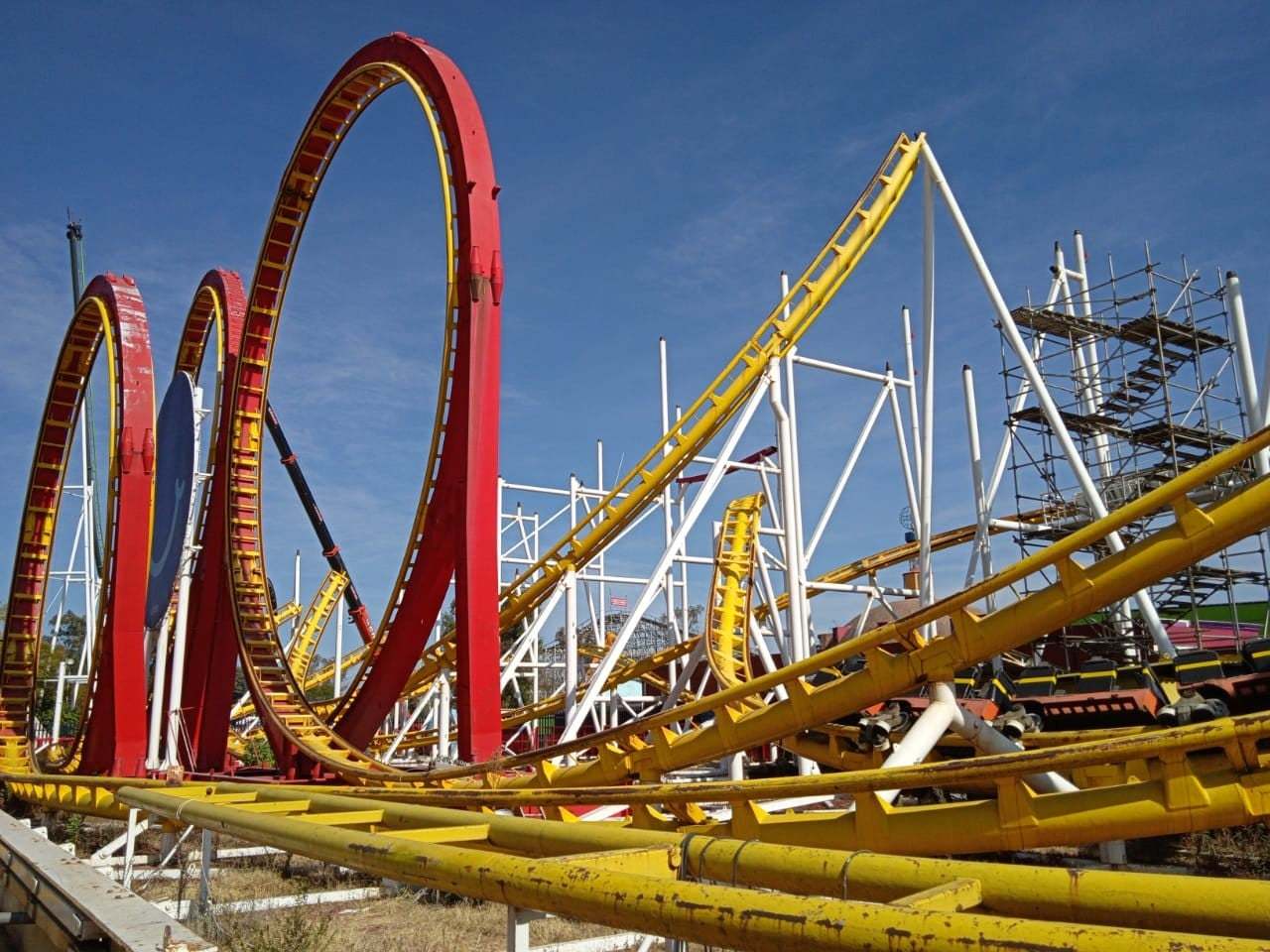 The coaster has been located at four different park locations over the years: 12 years in the German fair circuit operating as Dreier Looping, at Sunway Lagoon where it was called the Triple Loop Coaster, and Flamingo Land in England where it operated as Magnum Force. In 2007 it was in operation at La Feria Chapultepec Magico as Quimera in Mexico.  The ride ended its run in 2019 with an unfortunate fatal accident there.  Staples is well aware of the ride's history and is planning safety as well as cosmetic refurbishments before it opens at Indiana Beach in 2021.

The park's chief operating officer, Tom Crisci, says “We're fortunate enough to have some of the best maintenance guys in the business at our park.”  He added that the park is planning to work with industry safety consultants to complete updates and pass all inspections. “Then and only then will we open the ride to the public.” 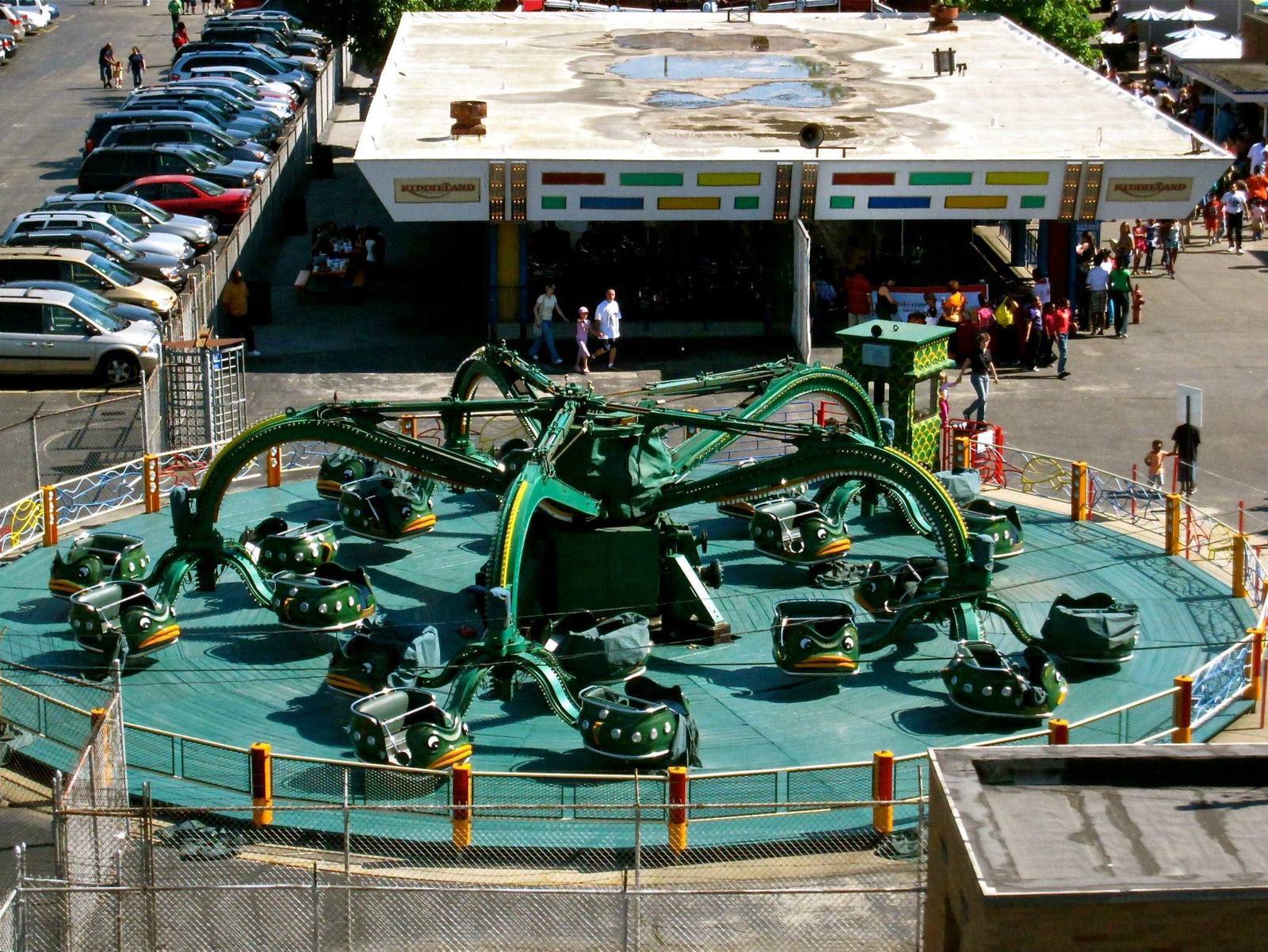 He adds “It's been a long time since new rides were brought into this historic park.”

The Polyp was built by Klaus and was featured at the now defunct Kiddieland Amusement Park in Melrose Park, Illinois from 1967 to 2009.  The ride is a nostalgic classic with five spinning arms with four cars attached to each. The arms move up and down while the entire ride itself rotates. The attraction is already undergoing refurbishment at the park and will be ready for the opening of the park's season in May 2021.  The charming ride is themed in green; cars sport comically pouty-lipped faces, much like it did during its tenure at Kiddieland. 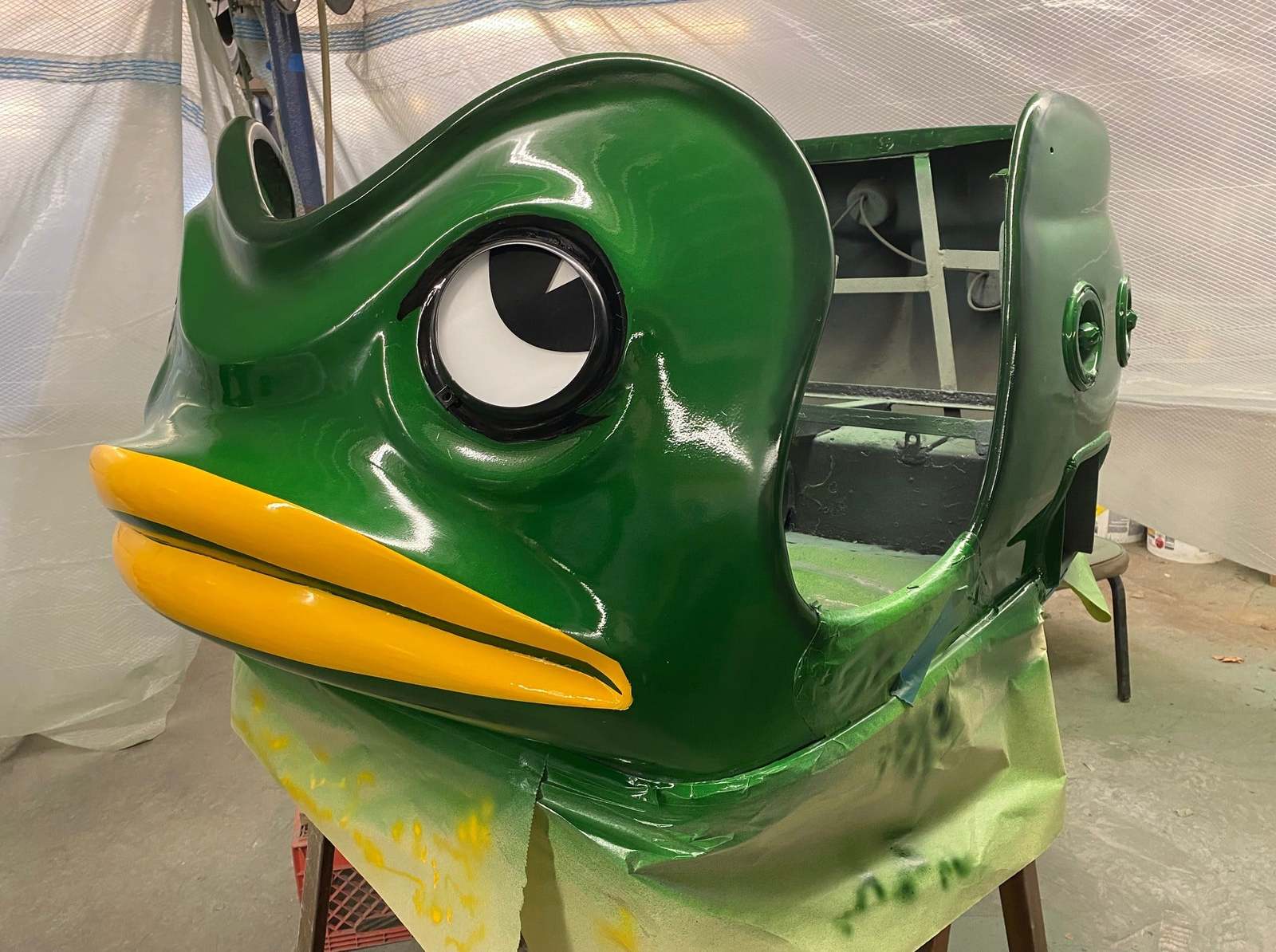 Crisci says that the addition of these two rides is a big step in the right direction. The park had lost rides under the previous ownership; and he promises that new additions are ahead.  The Polyp is already undergoing restoration at Indiana Beach, and he notes that it is “being restored to its original glory and will be an amazing addition of Americana to our park.”

While neither ride has yet to be renamed officially, the details for naming and placement are currently being worked out.

Indiana Beach was an anomaly in a year of closures and delays: Staples has lived up to his goal to save and reinvest in a park. When he initially purchased Indiana Beach, it was with happy memories from his own childhood in mind, and he has stated that he did not buy it to make a fortune, but rather to preserve it.  According to Staples,  “It's something you can share with your kids and they can share with their kids,” the new owner attests.

The park's location on Lake Shafer makes it a popular spring and summer attraction.  It holds 45 rides and attractions, including the park's beloved wooden coaster, the Hoosier Hurricane.  The Log Flume reopened this summer; others remained offline while they experienced refurbishment over Staples' first season at the park.  Due to the coronavirus, some rides followed others in opening as they were prepared to safely accommodate guests; some seats and rows in various rides were eliminated for seating to allow for social distancing.

A new dining feature debuted during the park's season this year as well, a local craft brew option.  The park began bottling their own Indiana Beach beer working with Monticello's Kopacetic Beer Factory.

Guests will soon be quaffing a locally brewed beer as a toast to the new rides at the park when the 2021 season begins. 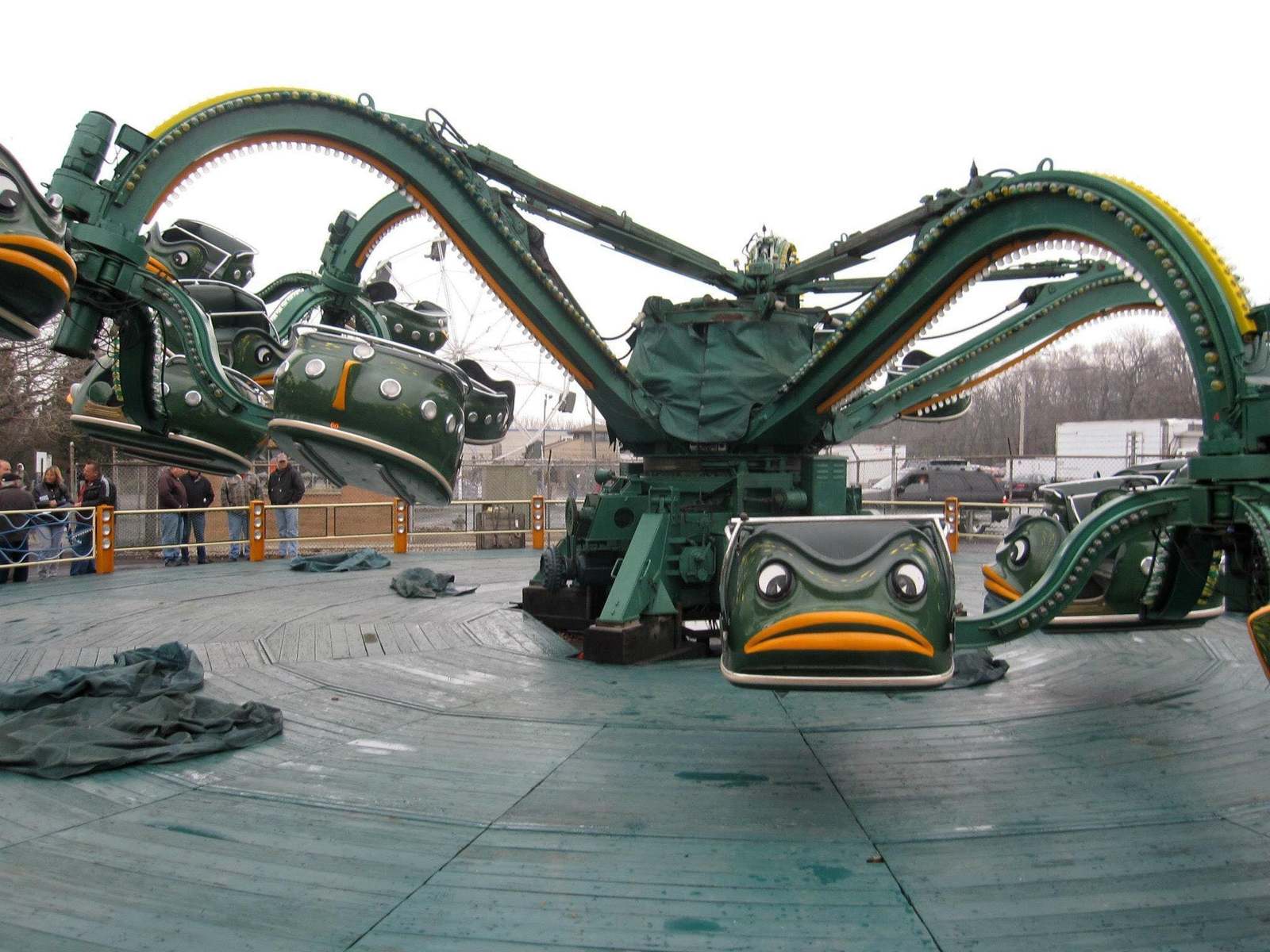