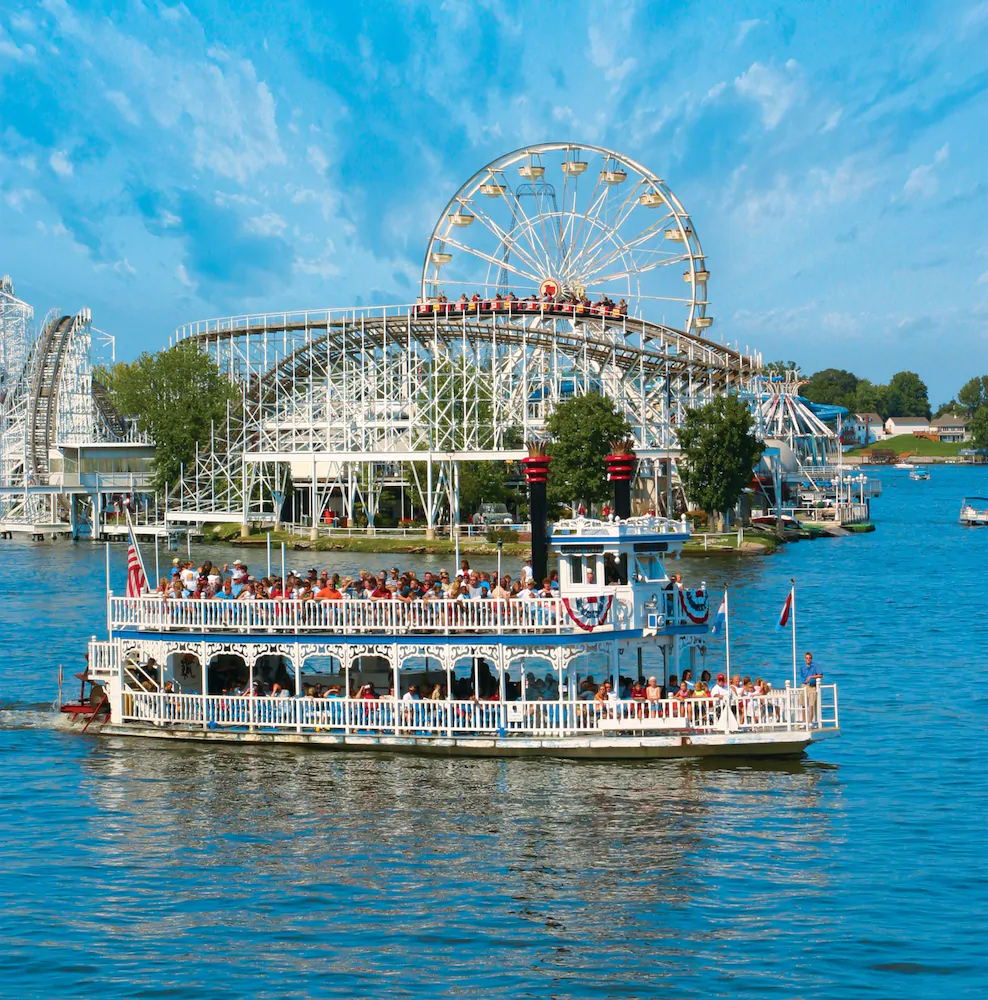 Indiana Beach Amusement Park
A new $3 million grant approved by the county could entice potential buyers to purchase and re-open the park.

Owned by Apex Parks Group, Indiana Beach amusement and waterpark, which recently turned 94, had announced its closing February 18th, but according to White County Economic Development director Randy Mitchell, leaders from the county and Monticello - the location of the park – are actively discussing keeping the park open and operational with Apex.

Mitchell notes “a flurry of activity all directed toward keeping the amusement park open and operating.” He said that the hope is to find a buyer for the park.

“Along with that, city and county leaders will be actively working to find additional investors by working with the Indiana Beach Amusement and Water Park Resort and Apex Parks Group leadership.” He promised to keep everyone posted on this quest. Apex Parks Senior Vice President Gregg Borman told Mitchell the closure was done for financial reasons.

An Apex spokesman recently responded with this “While the company has been in discussions with amusement industry leaders, brokers and investors for more than a year, announcement of the park's closing has sparked new interest.” This response was made just prior to the current shutdowns due to the COVID-19 pandemic.

Interestingly, despite that, on March 27th, White County commissioners and council are considering what appears to be a potential buyer or buyers for Indiana Beach on Tuesday in a private executive session scheduled for the 30th designated as a time to consider commercial prospects. There will also be a public meeting labeled as “consideration of Indiana Beach Economic Development Financing Documents.”

Meanwhile, the Save Indiana Beach group on Facebook revealed that on Feb 29th there were over 200 attendees at a save-the-park rally and that rides are still standing. The group itself now has 1,180 members as of March 27.

Indiana Beach continues to employ some 27 employees, 15 in maintenance and 12 in administrative roles.

The park was originally opened by the Spackman family, nearly 100 years ago, in 1926, when it was called Ideal Beach, located on Lake Shafer, which was created by Spackman, who created a sand beach after Lake Shafer was formed in the 1920s from a dam project. Originally just for swimming, a toboggan water slide was added in 1927; other rides followed.  When a large stage was added, national acts such as The Beach Boys were hosted throughout the 1960s.

At one time the park drew upwards of 800,000 visitors to the small town of Monticello, which is located half-way between Chicago and Indianapolis. The opening of Great America not that far away from the park impacted it; but the park was still a strong draw through the 1980s.

Of these closures, the press release from Apex read “Despite significant efforts to improve financial performance and considerable investment in rides and infrastructure, we have not seen improvement in operating results at Fantasy Island (New York), Indiana Beach, SpeedZone Dallas and Boomers Houston.”

The company had by all accounts appeared to have a positive outlook on the park, with White County's economic development director Mitchell blindsided by the development after a meeting with the park's local manager indicating that the park was doing well.

Park general manager Gary Fawks provided this press statement:  “Since purchasing the resort in 2015, we have invested in infrastructure, rides and maintenance at the well-loved park. Despite these efforts, we have not seen an improvement in operating results. The decision to cease operations was not taken lightly.”

Last month, Indiana Beach rides were set to be disassembled and delivered to Apex's other parks – 9 in California, 2 in Florida come spring. However, that hasn't happened yet.

According to White County Commissioner John Heimlich “We want to see the Beach continue to operate, and Apex would like to see that, too.” Monticello Mayor Cathy Gross concurs.

The Indiana Beach/Monticello KOA campground attached to the park and open during its regular season May to October will remain open.

Meanwhile, the Save Indiana Beach group has a petition and a lot of hope. The group's Facebook site moderator says “...maybe hope isn't gone just yet. Maybe, just maybe someone out there can save our little jewel of a park. Let's band together as a community …maybe someone will see how much Indiana Beach is loved and will save our park by purchasing it.”

On March 31, during a special meeting held by White County Commissioners and the White County City Council, the group agreed to offer $3 million in economic incentives to a potential buyer of the park.  The $3 million will be sourced from the White County's Wind Farm Economic Development fund.  This fund was given to the county in the form of a grant for use on economic development projects.

Attorney Rick Hall explained that the county will establish a revolving loan fund, which was approved during the March 31st meeting.   According to Indiana code, funds may be drawn from the Wind Farm Economic Development Fund to be used for economic development purposes, including promoting gainful opportunities for employment for the county's residents and also retain a significant business enterprise in the county.

When the fund is established,  $3 million could be given to a potential buyer of Indiana Beach as a forgivable loan.

It remains to be seen whether this new incentive will attract additional interest from buyers, however, the community remains focused on keeping the park alive. 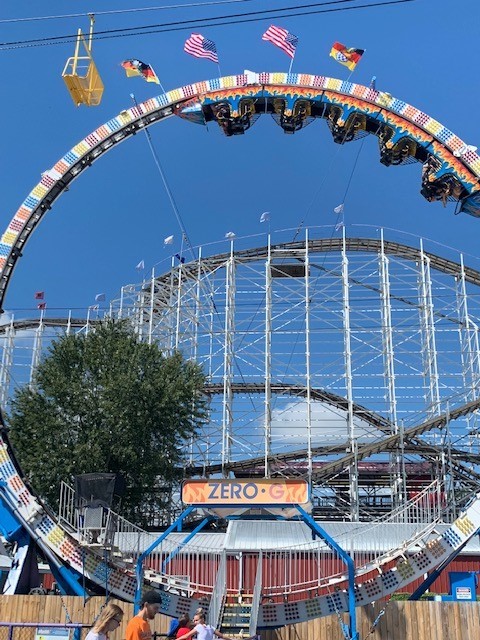 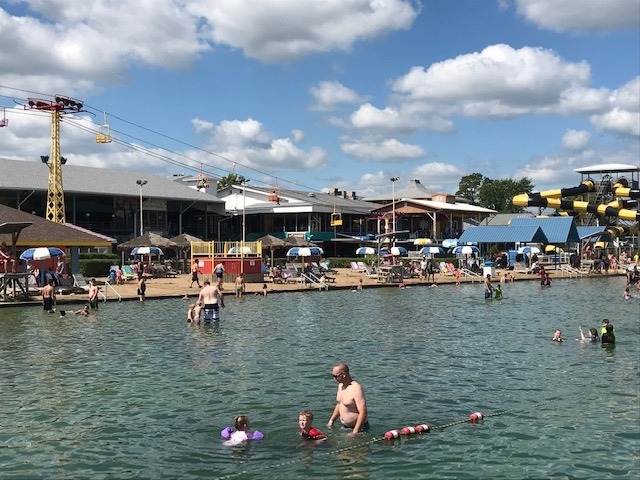 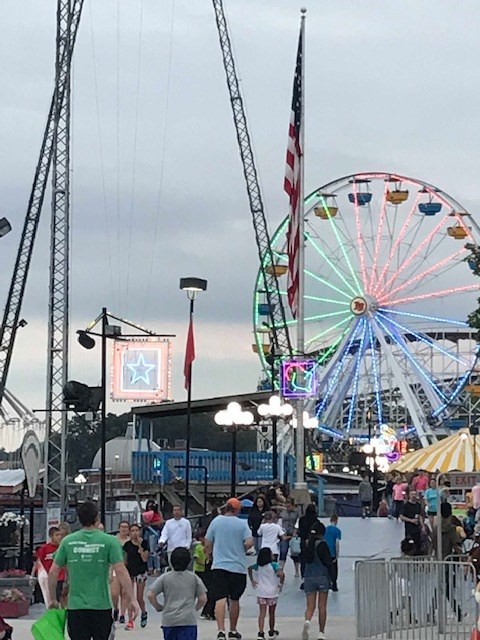 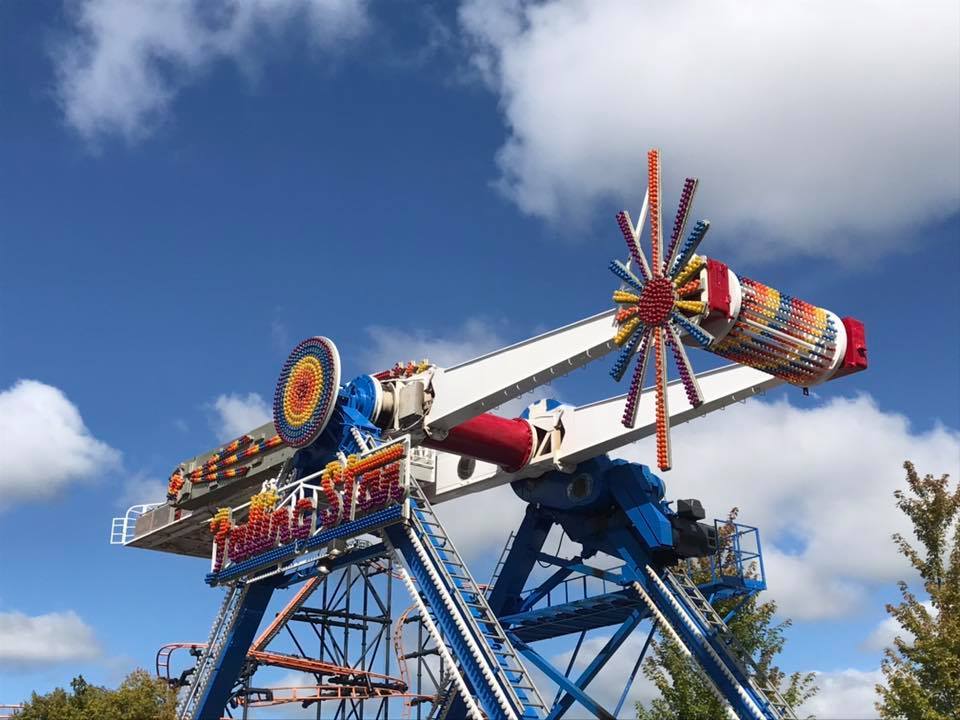 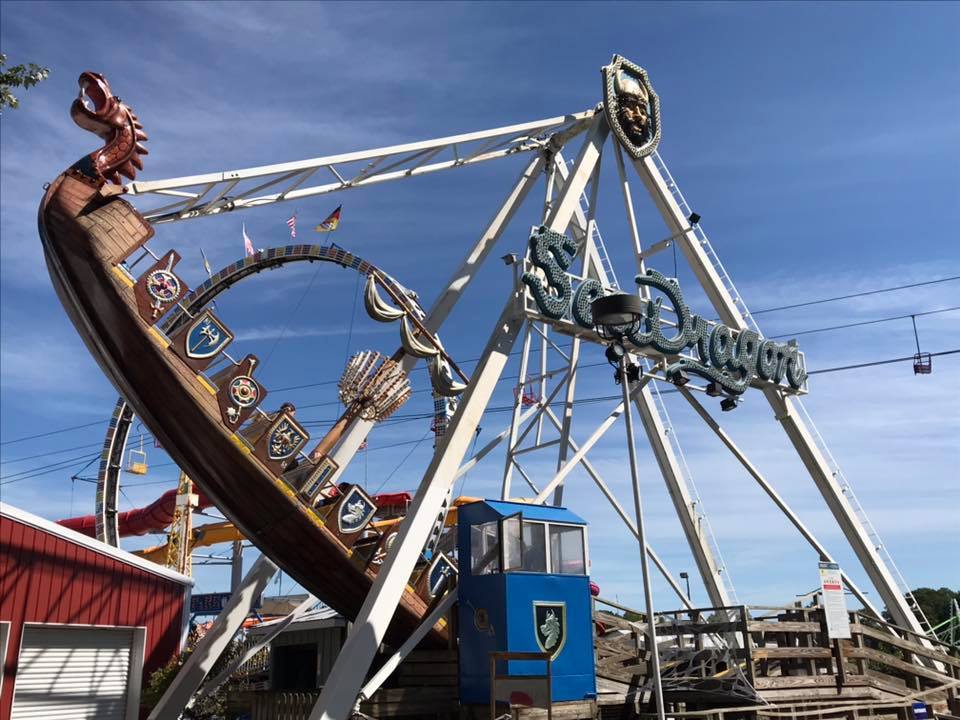 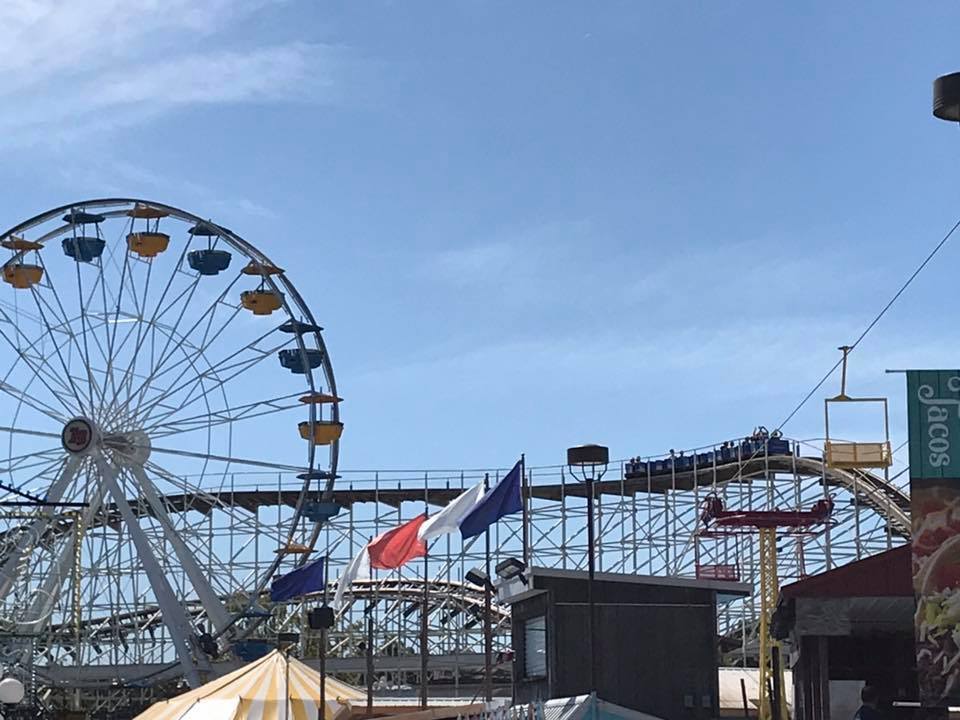 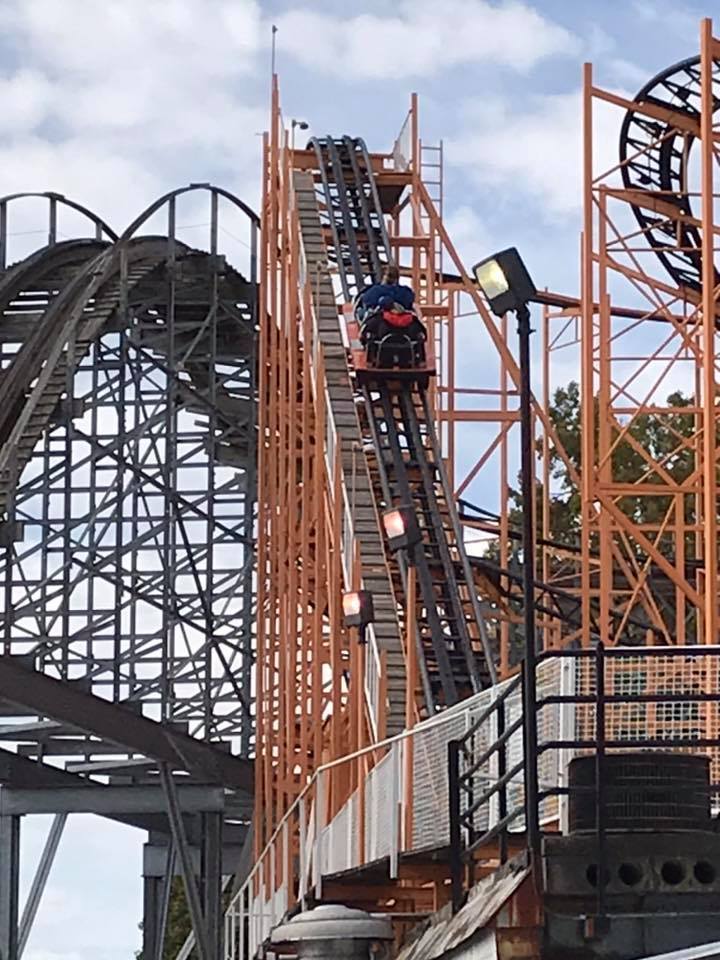 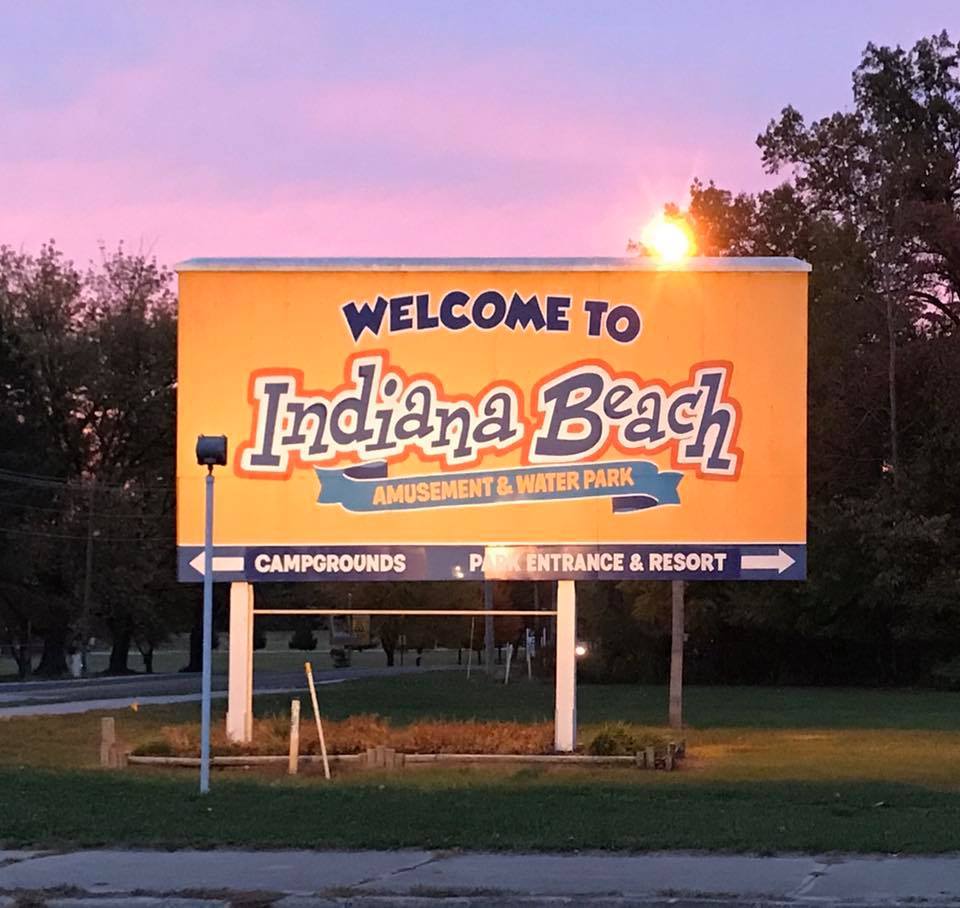 A new $3 million grant approved by the county could entice potential buyers to purchase and re-open the park.