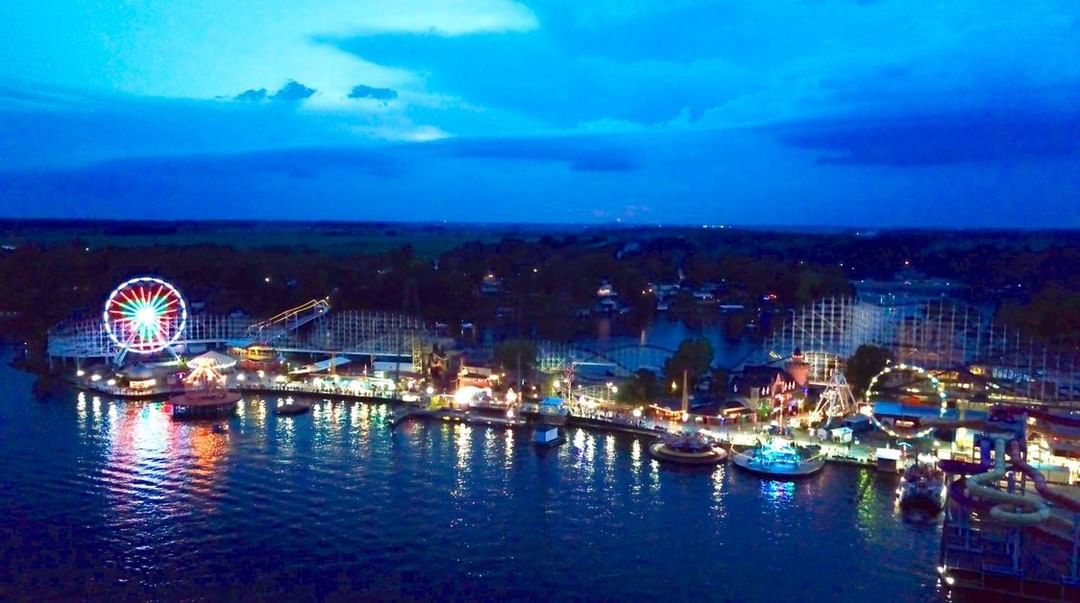 Chicago businessman rescues Indiana Beach from Permanent Closure
The Park is now open, although at reduced capacity due to the coronavirus pandemic

One of the bright spots amid the many pandemic-related closures, delays, and postponements is Indiana Beach. The park was set to close, permanently, for financial reasons earlier this year: now it's open, spruced up, with new owners, and of course, given the times, safety and health protocols in place.

The park, now in its 94th year, was purchased by a Chicago-area businessman, Gene Staples. Staples says the park was not purchased to made a fortune in sales, but rather to “save a park and reinvest in a park.” Staples visited the park as a child, and found many happy memories there, he says. “It's something you can share with your kids and they can share with their kids,” the new owner attests.

The decision to step in was aided in part by the White County, Indiana leaders, who offers $3 million in development funds to sustain and improve Indiana Beach. The loan could be entirely forgiven as long as the park continues to operate, and fulfills other touchstones of operation through Sept. 1st, 2025.

Just opened at the end of June, the park was scheduled to operate at 50% capacity through July 3rd, which marks the end of Indiana's final phase of pandemic reopening protocols for stage 4. However, the state, as well as the park, is as of now calling the current time-period beginning July 4th “stage 4.5,” and is still operating at 50% capacity as of press time. The park's social media reported support for Indiana Governor Holcomb's #MaskUpHoosiers initiative for the newly announced Stage 4.5, saying “we encourage all guests to wear masks for the duration of Stage 4.5.”

The park will feature handwashing and sanitizing stations throughout, as well as conduct temperature checks of all who enter. Guests with a temperature will not be allowed to enter.

While full capacity into the park will be allowed, guests will find reduced capacity on some of the park's rides; and guests will be encouraged to purchase tickets online, and wear masks in the park – although masks are not required of patrons. Employees are required to wear them however, and are required to go through a health screening daily, including temperature checks.

Guests will find that there are plexiglass barriers at food counters and cash register stations; and the food stands that are open will be limited to allow more social distancing for seating and ordering. 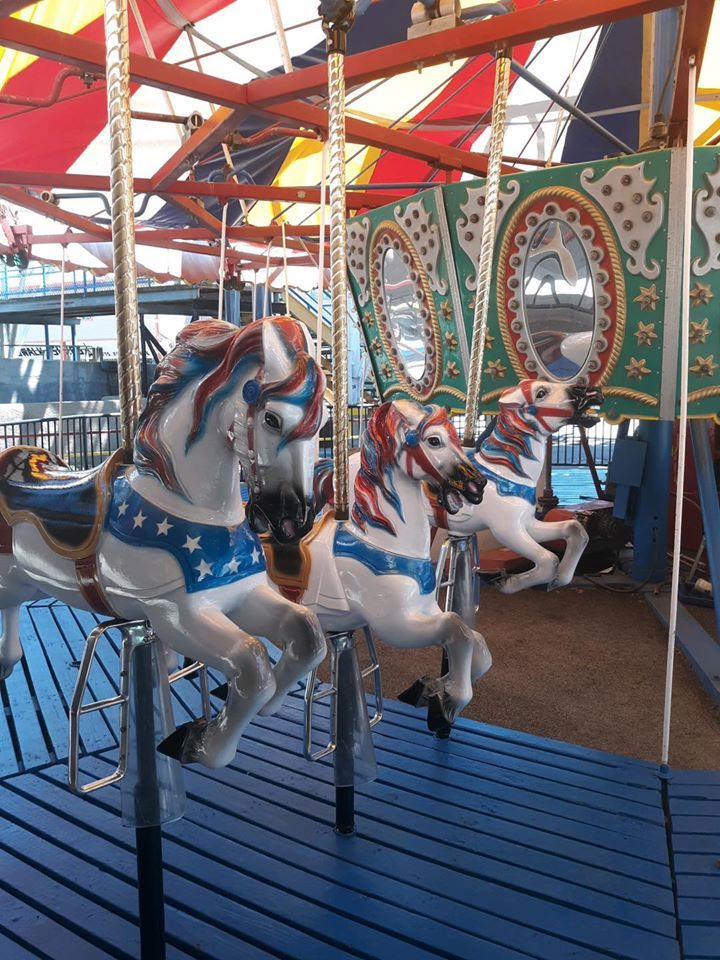 Prior to reopening, the park's carousel received a makeover.

The park has also installed ground and floor markings that indicate social distancing positions while in lines for attractions. Signage and audio announcements are being used to reinforce social distancing and other safety protocols.
And, Indiana Beach is also encouraging the use of their Beach Bucks to make transactions with the park cashless. Both daily and season passes are available online. Season passes are $54, and include the ability for pass holders to receive VIP parking, as well as discounts on games, food and merchandise purchases.

The park's campground, which includes tent and RV spaces as well as cabins, opened before the park. It houses attractions such as a swimming pool and mini-golf as well as lodging.

The “grand opening” to the park took place June 26th with a VIP event. Indiana Beach will be celebrating its 100th anniversary in 2026, and to commemorate that and fundraise for the park's infrastructure, Staples set in place a project called Road to 100 Years, which gave donors the opportunity to purchase a 4-inch by 8-inch brick for the Brick Paver Campaign.

The community-geared campaign offered two packages for the grand opening: a single brick for $75, or a brick plus the VIP package that included two tickets to the June 26th event, allowing attendees to visit the park before the general public, as well as offering live music and entertainment. The bricks will be a permanent part of Indiana Beach. Should supporters want a brick solely as a keepsake, a commemorative, felt-backed brick is sold for $30.

There was widespread support for reopening the park since its closure in February, from a Facebook Group championing its reopening to a petition with more than 53,000 signatures.

The park was busy on July 4th, and presented a fireworks show for the Independence Day holiday. Southern Accent, a Tom Petty experience band, provided the music.

Among the park's attractions are a beer garden implemented by Staples, with live music; the former Rooftop Lounge is now the Sky Bar, which is also operating with a live music stage. The park's iconic riverboat attraction, the Shafer Queen, has been refurbished. Staples has also revitalized the park's website and social media pages.

Located on Lake Shafer, Indiana Beach contains some 45 rides and attractions, including the park's beloved wooden coaster, the Hoosier Hurricane. The just-opened Log Flume provided a welcome wet respite from a heat wave on July 4th weekend. Some rides are still not open as of yet but will be added back into the park's line-up. Seats and rows in some rides have been eliminated for seating to allow for social distancing.

A new dining feature this year is a local craft brew:  working with Monticello's Kopacetic Beer Factory, the park is bottling their own Indiana Beach beers. Currently in limited production, the first style on tap and in bottles at the Sky Bar is the summery Ideal Blonde. The park is also selling the brew to-go at the VIP Exclusive Shop.

The Park is now open, although at reduced capacity due to the coronavirus pandemic

The Carousel was Completely Refurbished this spring