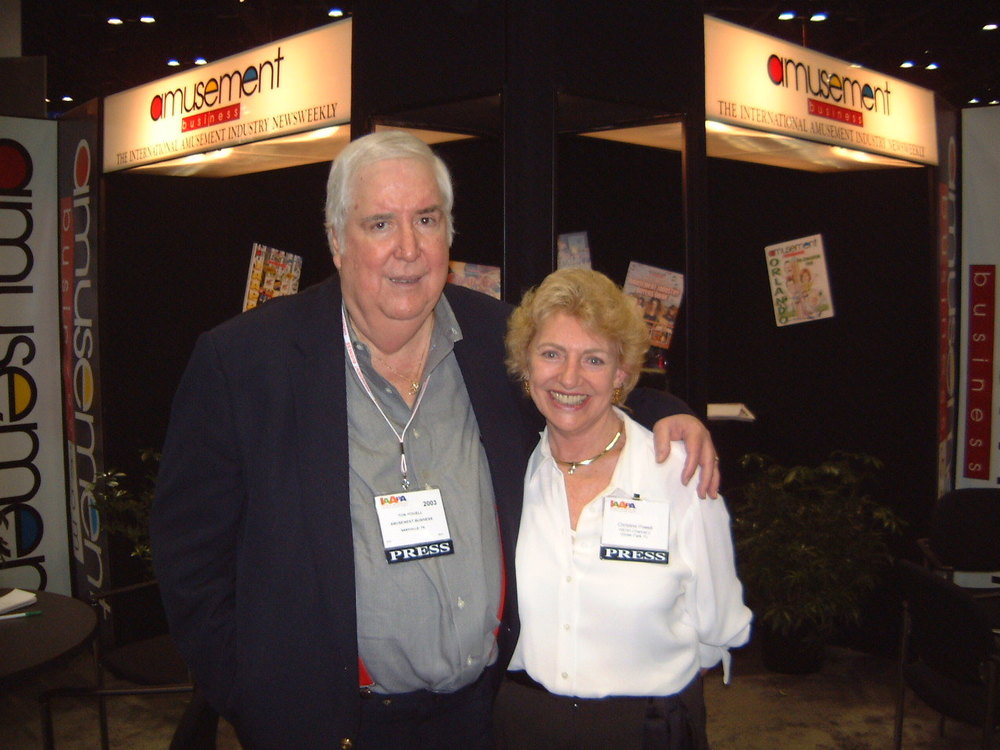 It is with great sadness to report that lifelong industry reporter, Tom Powell, passed away during the early morning hours on Tuesdsay, January 21 due to complications from a fall that he took last week.  Tom was 86 years old.

Tom was born in Scranton, PA on July 18, 1933. He was a proud graduate of the University of Scranton. Tom was preceded in death by his parents Tom and Alice, his brother Bobby, and his first wife and mother of his children, Rosamond. He is survived by his wife, Christine, his children, Julia Mulherin and her husband Paul, Alice Stanley, Thomas and his husband Paul Hill, Kevin and his wife Anne Marie, his five grandchildren, four great-grandchildren and cherished nephew and nieces. Tom was a sportswriter for the Tennessean from 1958 to 1972. He was the race announcer at the Nashville Speedway in the 1960s and 1970s. Tom was editor of Amusement Business Newspaper from 1972 to 2006. Since 2007, Tom has written a weekly column for the Outdoor Amusement Business Association (OABA). During his long career, Tom was the recipient of many awards and honors including a board of director's special award from the International Association of Amusement Parks and Attractions (IAAPA), being inducted into the International Independent Showmen's Association (IISA) Hall of Fame, and the Showmen's League of America Hall of Honor, as well as countless others.

Arrangements will be held as follows:

Mass will be held at Holy Rosary Catholic Church in Donelson, TN on Saturday, January 25 at 1:30pm with a Celebration of Life to follow at the VFW on Lebanon Rd.

In lieu of flowers, the family has requested to send a donation to the IISA Scholarship Fund in Tom Powell's name.  A memorial service will be held at the IISA at a later scheduled date.

Our thoughts and prayers go out to Tom's family and friends.