Jolly Shows, despite losses, looks to the future 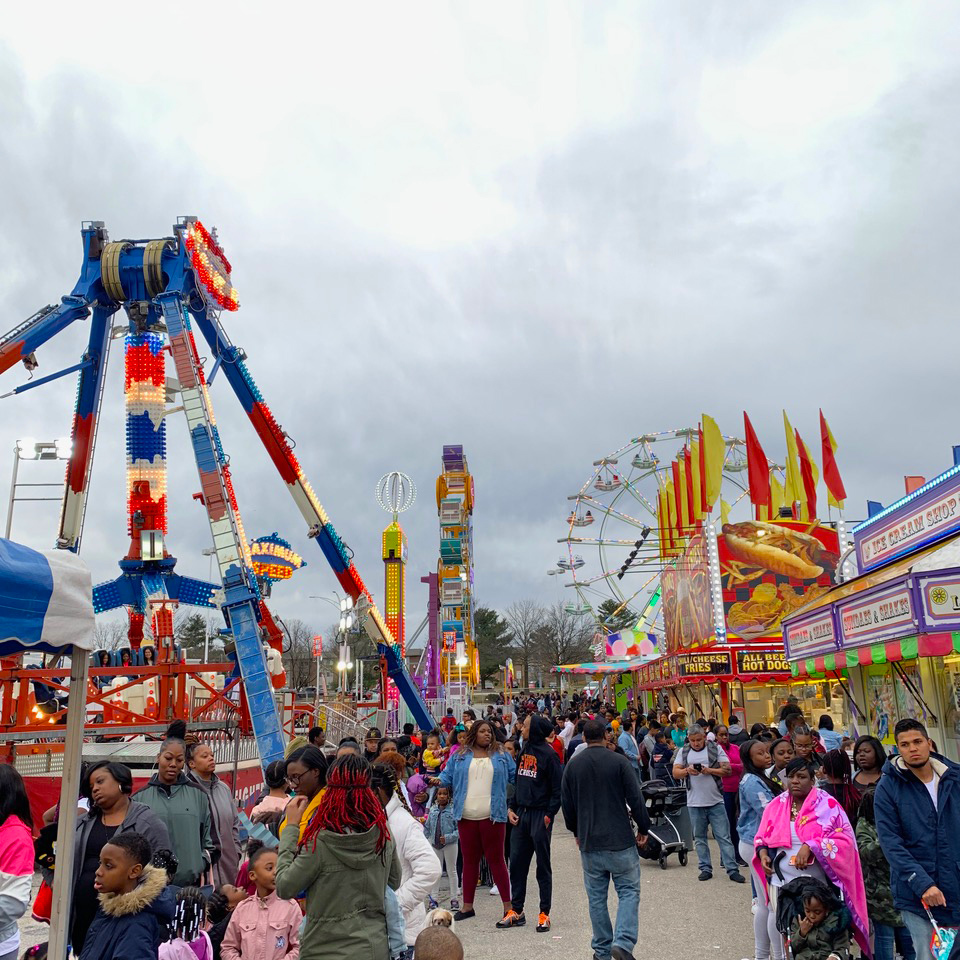 Jolly Shows: The Show Will Go On
After losing two key family members to COVID-19, the Joseph family is committed to sticking together to keep the momentum going.

The COVID-19 Pandemic has negatively affected every carnival in the outdoor amusement business; most have had their entire route cancelled or only had the ability to play a few spots. The Jospeh Family, owners of Maryland based Jolly Shows, must deal with the financial and professional fallout of the COVID-19 pandemic. Unfortunately, the virus has also caused intense personal losses for the family.  After losing his father to COVID-19 in April, and now his brother, Peter, in October, Paul Joseph is determined to stay strong for his family and for the future of his business.

“It's important that everyone knows the Joseph Family and Jolly Shows is still alive, the show will literally go on, assuming the world goes in a positive direction, and life will go on,” says Joseph. Peter Joseph's death was untimely and therefore a shock to the family; he was 54 when he passed. “My brother's death is challenging. It sucks for the family and it sucks from a business standpoint as we were 50/50 partners in the show,” says Jospeh. “My sister-in-law is my partner now and we're going to be leaning on each other,” he says. 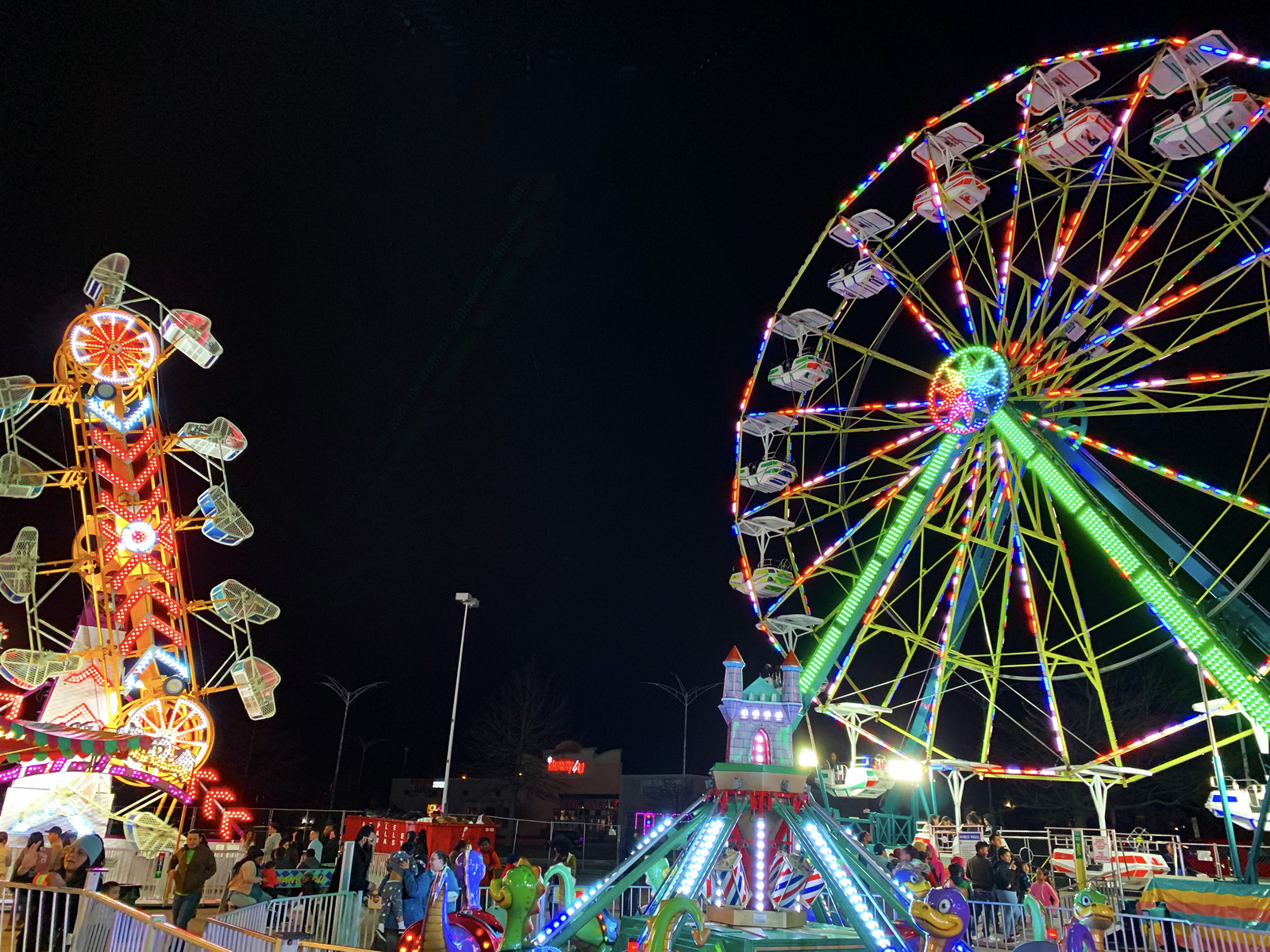 According to Paul, Peter was the administrator, while he handled more of the operations, “a nuts and bolts guy,” says Joseph. Now that Peter has passed, Paul is going to take on some of his roles; “I'm not sure I can take on 100% of his responsibilities and survive,” he says. Luckily, several of Joseph's younger family members are involved in the business and ready to take on larger roles in the show. Peter's son, Dominic, and his nephew, Mark, along with nieces, and Paul's sister-in-law, Rhonda, all have management roles on the show. “This industry is very family oriented and we have that family network and bond built in,” says Joseph. Perhaps the most shocking transition for Joseph is that he's now serving as the “patriarch” of the family business. “I'm the old guy now; I'm the one that these 4 younger kids are looking up to to keep everything moving and staying optimistic, and that's a difficult task right now in this world,” he says.

While they've been home throughout the 2020 season, Joseph has been able to work on finishing projects in the show's winter quarters. “We started doing a complete rebuild on our Street Fighter ride last winter;  “off season, my department is the winter quarters while Peter was dealing with establishing the route,” he says. At the end of 2019, Jospeh knew the ride wouldn't be ready for the show's first stop in 2020, but planned to get it out in April or May. “Well, Coronavirus kicked in and has slowed down the project a bit,  but we're about 90% done and finishing the electrical work that's left,” he says. A canceled 2020 season, and the time-off that comes with it,  is a big change of pace for the Joseph Family. For Paul, that means the ability to take some time for personal things and to prepare for his new, larger role in the show. “Moving forward I will be establishing the route, maintaining contacts from previous spots we've played, and making the phone calls that go into setting up a spot before you even put up a ride. We'll get it done, but it will require some perseverance,” says Joseph. 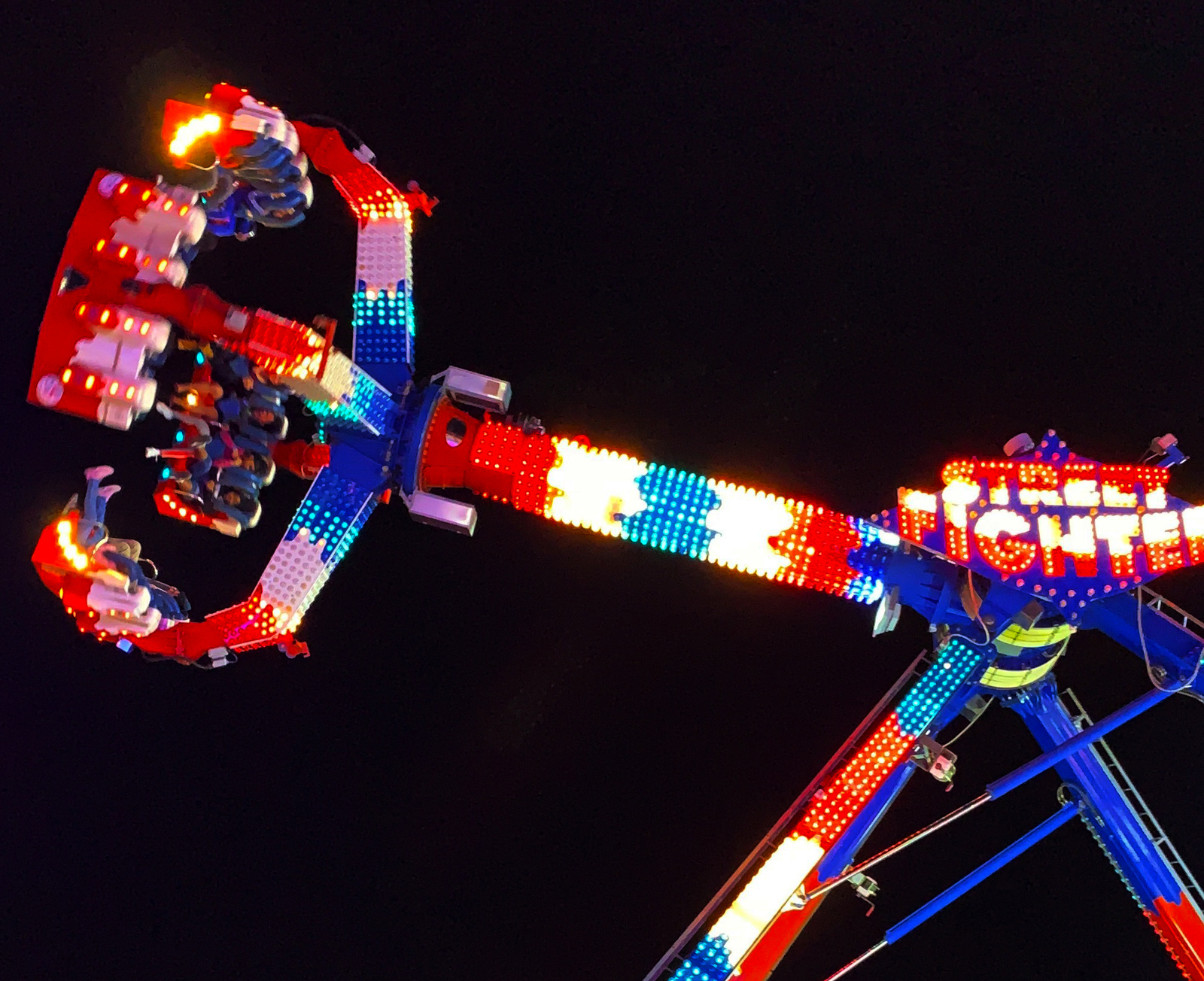 For now, the Joseph Family is trying to heal by spending time together, and dealing with their loss. “My dad was 77 and he lived a good, long life, but he's still my dad. On top of this, Peter passed a few weeks ago. Forget about work, how do you not lock yourself in your room and cry all day when you lose your Father and your Brother?” says Joseph.

Despite the circumstances, Joseph is determined to push himself and his family forward and live life. “I'm the glue now,” says Joseph. In a large family business there's a lot of potential for people to go in different directions or try out different careers, but that's not how the Joseph Family works. “We have unity and hold on to each other,” says Joseph.

In this case, the strong family bond is what will propel Jolly Shows forward, setting themselves up for success in 2021.

“My nieces, nephews, my sister-in-law, Rhonda and I, we all have our own jobs on the show but I suspect we'll all need to expand our roles about 25% to fill the gaps that are left,” says Joseph. “Dad and Peter would want to keep building bigger and better.”

And that's just what Paul and the rest fo the Joseph family plan to do with Jolly Shows. 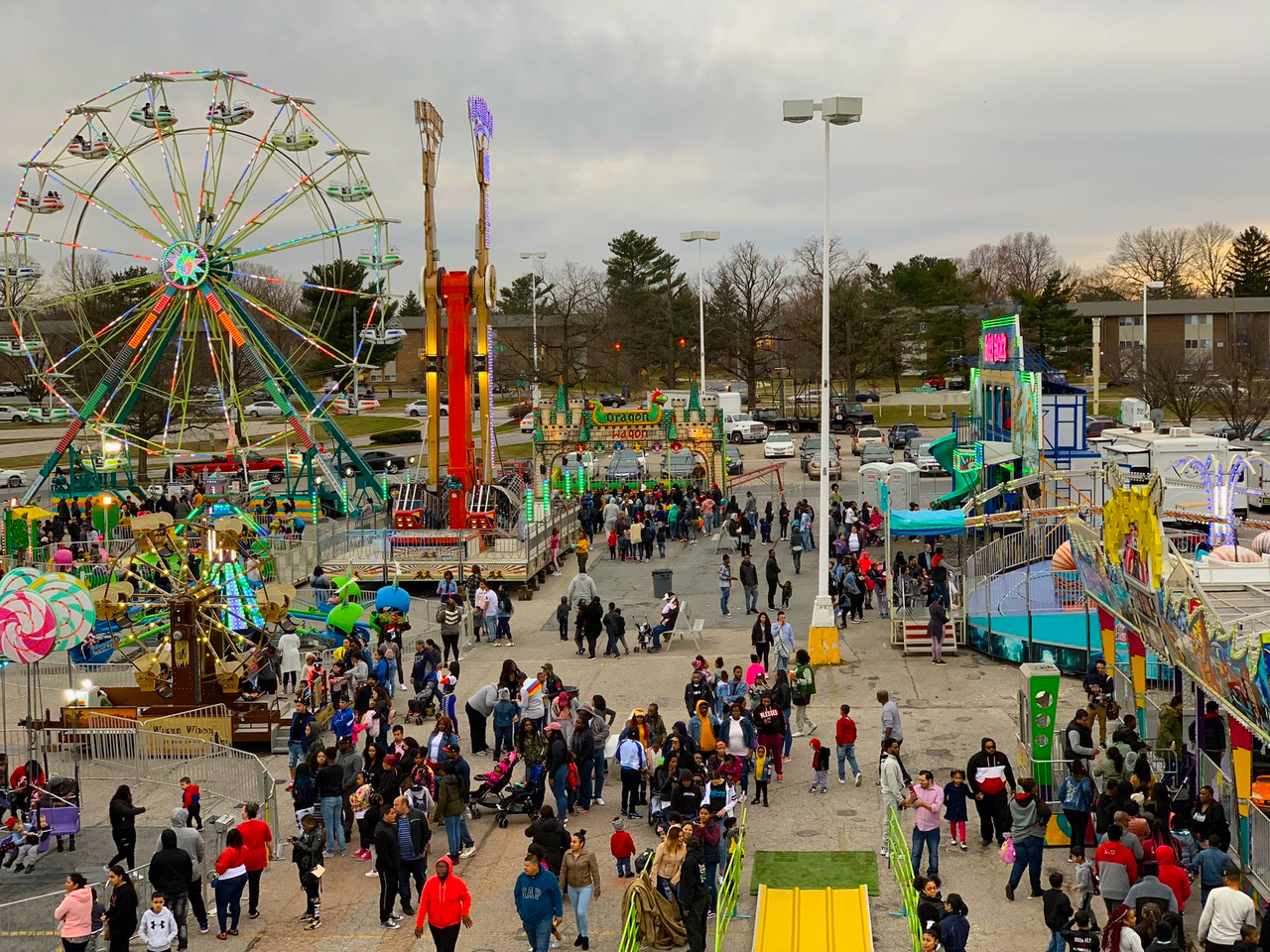 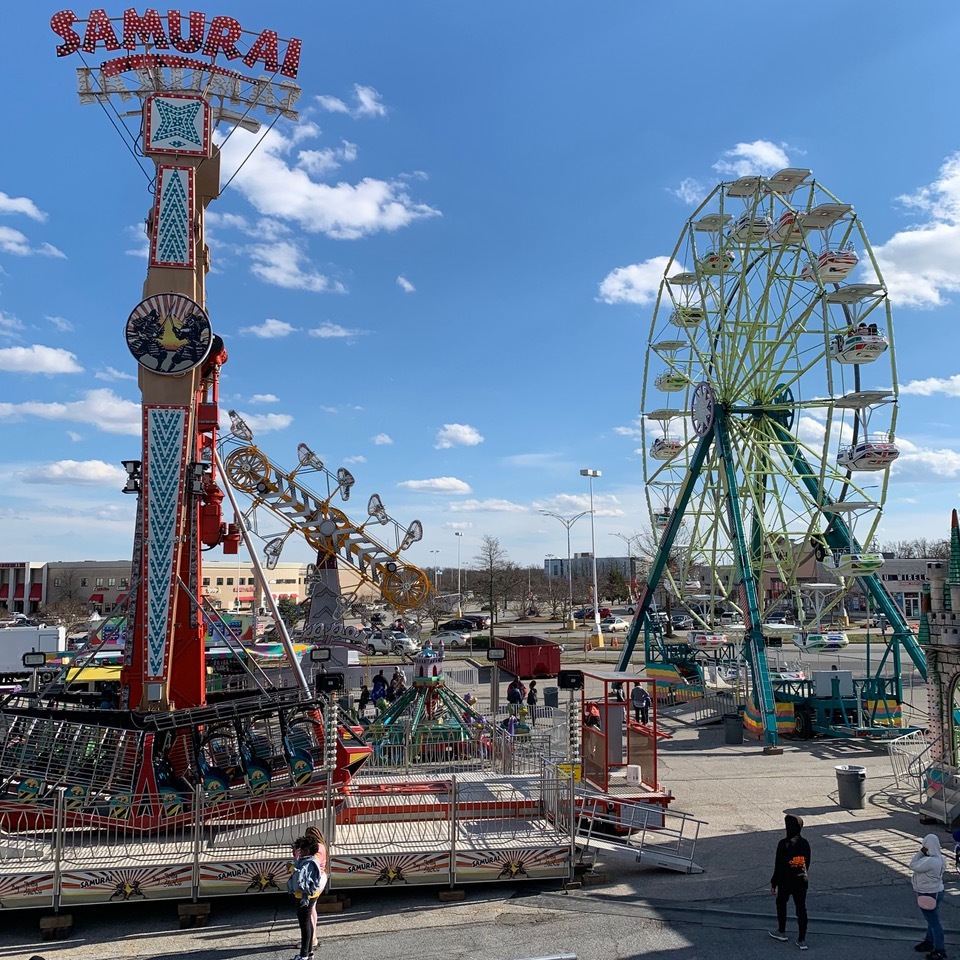 Jolly Shows: The Show Will Go On

After losing two key family members to COVID-19, the Joseph family is committed to sticking together to keep the momentum going.