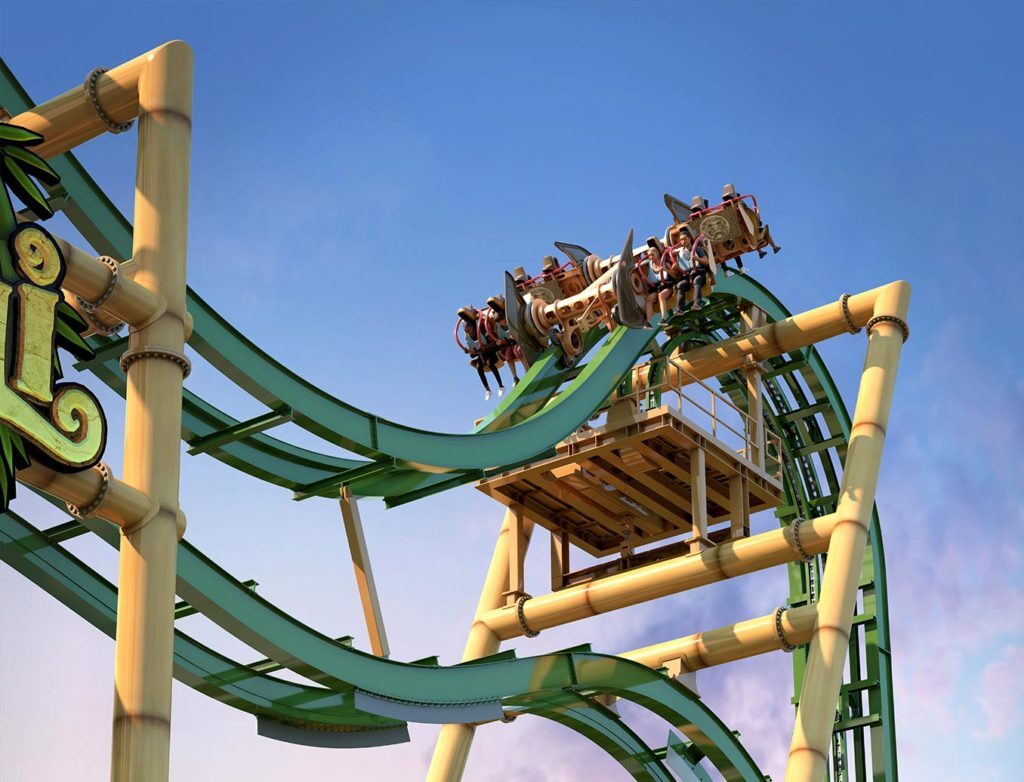 At King Dominion theme park in Doswell, Va., changes are afoot. The old Avalanche coaster will be rebranded with a jungle a theme, a new coaster will be added, and a section of the park rethemed.

The exotic jungle theme is part of the rebranding fun, as Kings Dominion debuts Tumbili this year. As the park's 13th roller coaster, it's an S&S 4D Free Spin Coaster. Tumbili is a Swahili word meaning "monkey," and the coaster will be as quick moving as one. The steel roller coaster should be open late this spring, and recently had its queue line walls, which resemble a jungle temple, placed, as well as much of its track. The coaster will include a 90-degree vertical lift and eight-rider cars. The cars will be suspended on each side of the track and rise up to 112-feet into the air. Magnetic technology along the track creates and controls spinning, giving guests riding the attraction the sensation of weightlessness. The track has three vertically stacked layers and will reach speeds up to 34 miles per hour.

The coaster just recently started performing test runs, signaling the ride will be ready to go soon, on schedule.

The ride replaces The Crypt, a flat spin ride removed in 2020. It's being constructed in what was once Safari Village but is now rebranded as the Jungle X-Pedition area of the park.

Not entirely new, but looking and riding that way, will be the former Mack Rides bobsled attraction, Avalanche. Back in 1988, it was the first of its kind in the U.S.; to this day it remains the only such ride every installed in North America. Four other examples of this ride type are in Germany, France, and England; they are still operating. Another was installed in Japan but has been closed along with the theme park that contained it. The bobsled ride is not locked onto tracks but instead features free wheels in troughs, for a thrilling experience on the banked turns.

A unique classic like that is not going away, but it is being rethemed to fit the Jungle X-Pedition area. Avalanche will now be known as the Reptilian. Painted white as a snowstorm for the past three decades, the ride will now be painted in earth tones that befit clay, mud, and the jungle. Copper and beige coat the ride in shiny new earth tones. 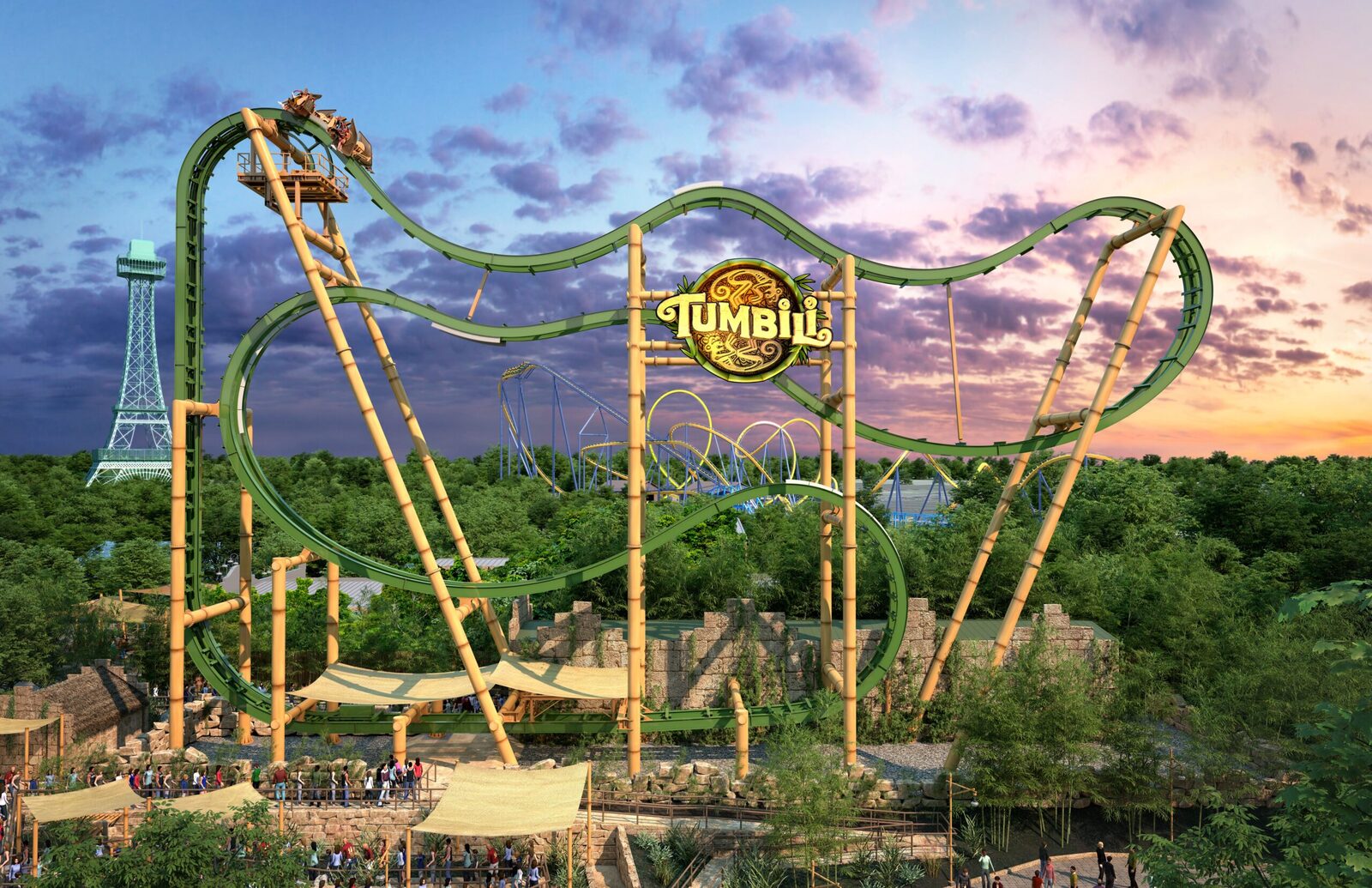 The train cars also look different. Bobsled vehicles, decked out with the flags of different countries, a theme which fit well in the Safari Village concept for the park, are no longer a part of the ride's look. Instead, Reptilian will feature a crocodile theme on its cars, meshing Aztec-style art with nicely ominous looking teeth.

Naturally, the ride will also feature a new storyline. A character called Professor Whey and Rovin Jay, an archeology professor, uncover a secret temple called Reptilian, filled with mysteries and secrets, according to the park. Creatures befitting the name will dart through the temple. New ride colors were completed in December with work still ongoing; three train cars will operate on the original Mack design. Each train will feature seven individual cars seating one or two riders. It will reach a top speed of 41 miles per hour.

But wait, there's more. The park's Scrambler ride, which is also located in what will now be Jungle X-Pedition, will debut this season as Arachnidia. According to King's Dominion's marketing team blog “Five years before Professor Rovin Jay and his team discovered the temple, Reptilian, another mysterious temple was discovered by Dr. Maria Estrada in Jungle X-Pedition 12 years ago, in 2010. Because this temple was seen to be a multi-armed mechanism, resembling a creature like a spider and spins around continuously, Dr. Estrada and her team dedicated the temple to the Goliath Tarantula and chose to name the temple Arachnidia.”

Containing all three rides, the Jungle X-Pedition area of the park will overall feature an entirely new look to match the rebranded Mack ride, the rebranded Arachnidia, and the brand new Tumbili magnetic coaster, as well. Jungle X-Pedition is designed as a “deep, dark jungle where explorers can visit the base camp for a bite to eat at a new signature restaurant and shop at an immersive retail location,” also according to Kings Dominion public relations.

The former Hungry Hippo fast service dining will now be called The Jungle Market Eatery, set up as a kind of marketplace for the Jungle X project. Both grab and go and fresh from the grill options like a Chorizo and a Queso cheeseburger on a brioche bun will be available.

Excavators Taters, which will be located beneath the lookout tower of the Jungle X Base Camp, is all about the starchy treat, from fresh cut fries to more exotic spud-based options like fries with pulled pork, cheddar cheese, and jalapeno ranch dressing, and gravy taters with cheese curds. It is positioned in what was formerly the Inferno Funnel Cake.

Another dining spot will be called Dig Site Bites, a spot with a backstory of being run by the expedition's pilot, Diesel, a fry-cook as well as an air mechanic. The dining spot is housed in a covered vehicle “converted to be a food truck.” The quick grab snacks offered will be themed and named after the X-pedition area's “unusual wildlife.”

In short, with two rethemed attractions and one new ride, and new dining and shopping options, Jungle X-Pedition will offer plenty of new exploring for park guests at Kings Dominion in 2022. 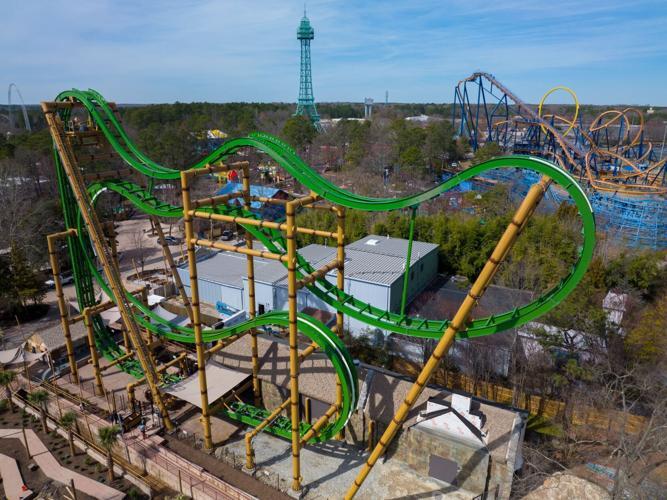 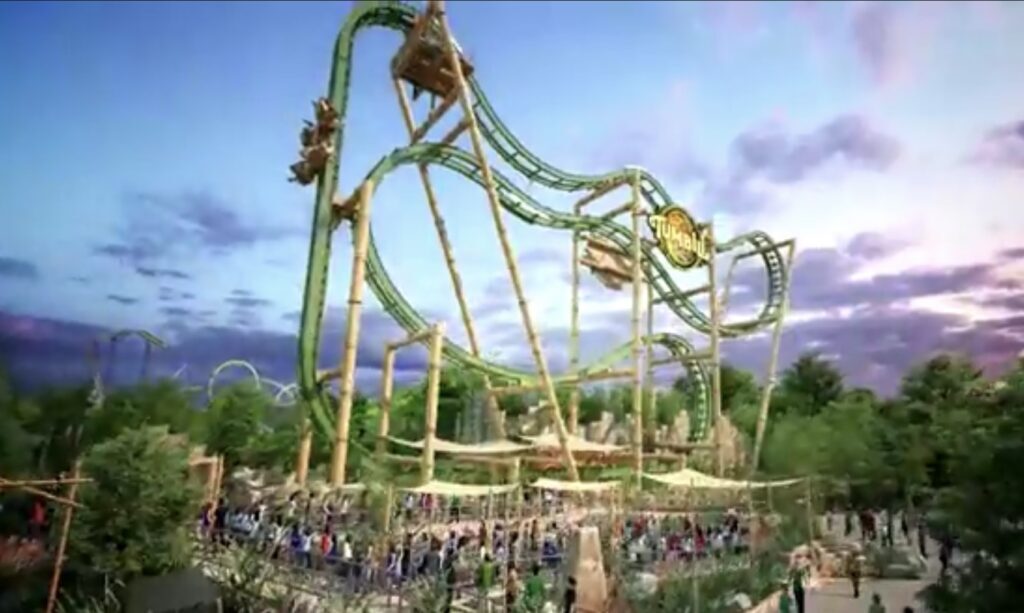