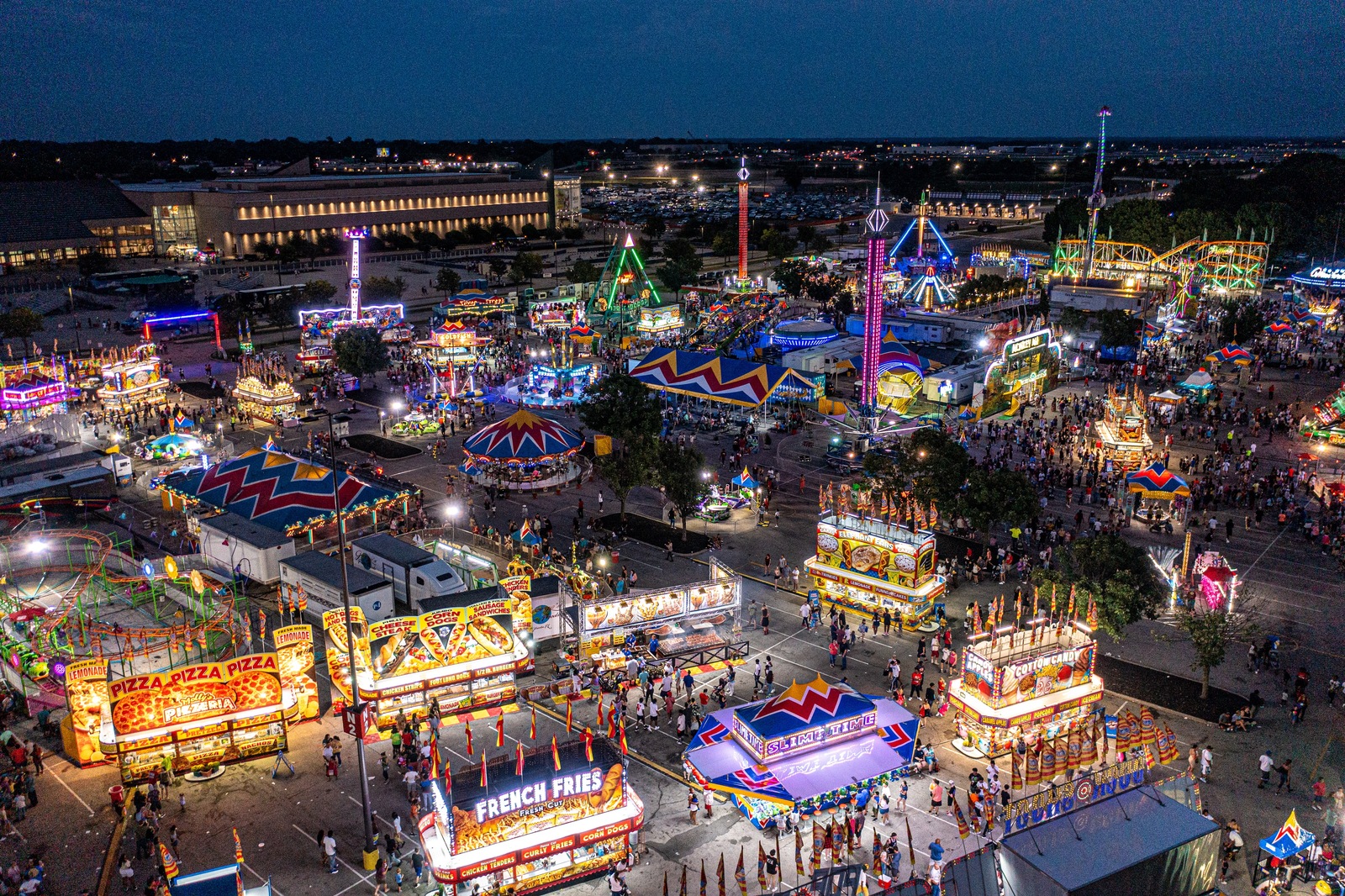 In early 2020, before COVID dominated fair industry (and all other) news, one of the biggest industry story of the new year was Kissel Entertainment being awarded the Kentucky State Fair contract. While the company's route includes sizable county fairs in the Bluegrass and surrounding states, this prestigious event, whose origins date back to 1816, would be the first state fair in its docket.

Kissel Entertainment, an Ohio-based midway company whose route covers Ohio, Indiana, Tennessee, Kentucky, Georgia, Mississippi, Alabama and Louisiana, surprised many industry observers by beating out much larger carnival companies. One way the company was planning to celebrate with fairgoers was to debut a new Python Coaster as one of the centerpieces of their first Kentucky State Fair midway.

Then came COVID. All the planning and preparation had to be postponed for an additional 12 months as the global pandemic disrupted everyone's lives.  “We had it all hyped up in our heads about what we were going do and then it and everything else got cancelled,” said Russ Kissel, Kissel Entertainment. “But it gave us another year to basically work out any bugs. We always knew our midway would work in that legendary fairground. It kind of gave us a head start.” 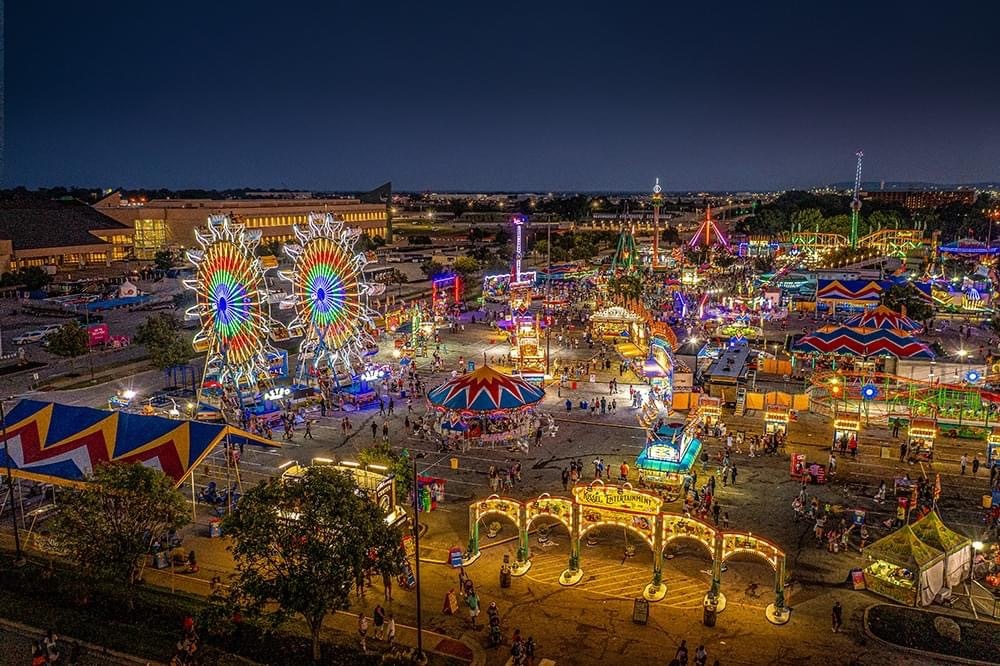 Besides the splashy serpentine sensation finally making an appearance, the company further enhanced its arsenal with an Oribiter, Pharaoh's Fury and a Raptor Attack. But new rides by themselves do not make a traveling amusement park  – which is how Kissel Entertainment bills itself. “With the Python, there's statues and themed beautification, which gives it that aesthetic thing. We want the customer to have a different experience.” 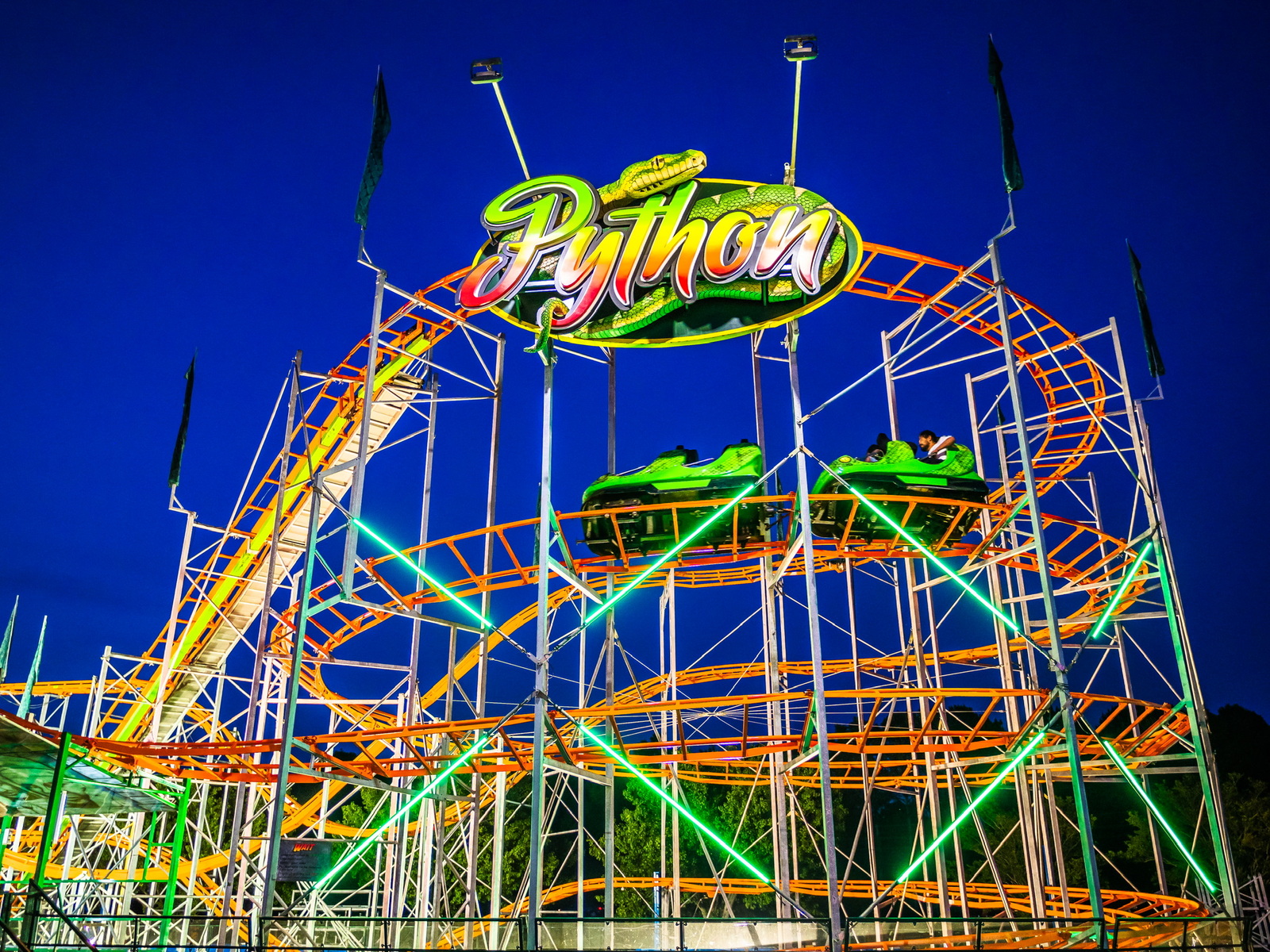 Everyone everywhere is dealing with post pandemic operations. That also means more thrill-packed fun and excitement was instantly conveyed by the double Astro Wheels, a signature ride combo of Kissel. But an Astro Wheels duo was not the only first for Kentucky Exposition Center campus. In keeping with its inclusionary, family-friendly ethos, the midway featured a full-staffed Welcome Center as well as a Sensory Friendly Day, which was new for the fair but not for Kissel. In partnership with community organization –  FEAT(Families for Effective Autism Treatment), the Kentucky Autism Training Center and Home of the Innocents – more than 1,000 complimentary tickets and midway wristbands were distributed to fairgoers with sensory processing differences, who were treated to a special area with muted rides and games – complimentary teddy bear prizes – and a quiet tent.

“The Kentucky State Fair strives to bring all Kentuckians together in a safe and meaningful way” said David S. Beck, president and CEO of Kentucky Venues. “We always look for additional ways to include more Kentuckians. Our partners at Kissel Entertainment have held similar events in the past and helped us create our first Sensory Friendly Morning to welcome fairgoers who may be overwhelmed by the sights and sounds of a typical Fair.”

“We brought the idea to them,” said Kissel. “We like to host a Sensory Friendly Morning at every event we produce. We were able to welcome families and guests with autism to Thrillville with lights and sound off so they were able to enjoy the attractions.”

Despite labor shortages, the midway featured 53 rides, which was on par with the 2019 fair. “This included more spectacular/thrill rides than in 2019 and fairgoers were particularly complimentary of the 2021 experience,” said Ian Cox, Spokesman, Kentucky State Fair. He noted that midway revenue was up, but said the numbers were still being tallied and declined to quantify the increase.

But certainly some of this spending uptick and stay extensions can be attributed to the fresh attitude and new focus on the midway experience Team Kissel brought to the annual celebration of everything Bluegrass State. “Fairgoers were impressed with the quality of the customer service, value for the money and unique additions which added to their experience,” said Cox. “Free sunscreen, lockers, phone chargers, VIP area is a sample of the things that we heard positive reactions to. There were activations around some of the rides that gave the perception of a more permanent installation and often only reserved for full-season amusement parks.”

He added, “Kissel provided a level of preparation for the Fair that was first class. They responded to feedback and modification requests quickly. They were very adaptable and dedicated to the customer experience.”

This communication channel went both ways. “They gave us great suggestions,” said Kissel. “The fair board members came to the setup, told me just to let them know what I need to make it better. We're on the same page about taking the fair and making it better every year.” 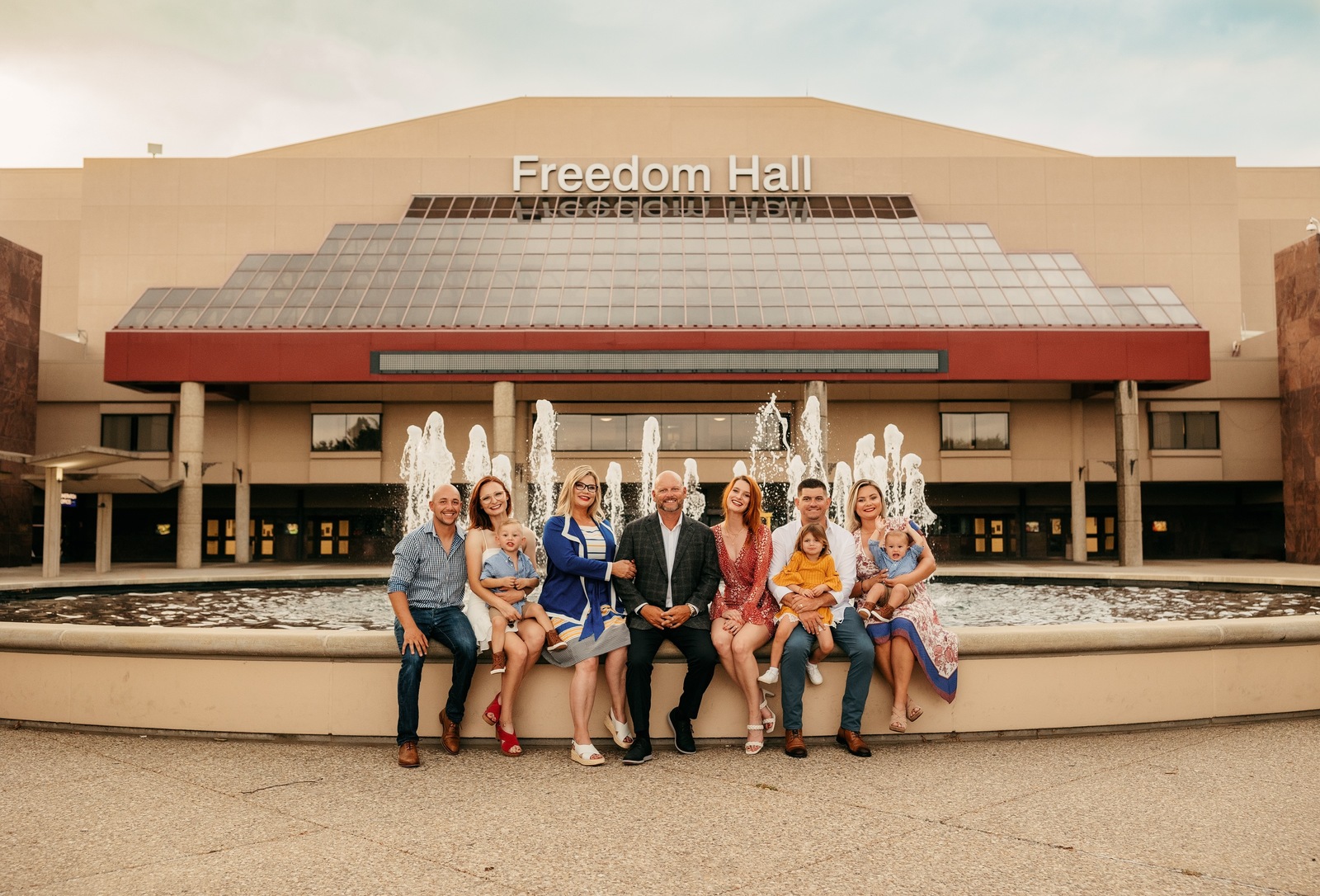 Of course, making this year's fair a success was the first objective, which given the abbreviated planning window, for much of 2020 and 2021 was at best, precarious. “We consider this year's fair to have been a great success and representative of the perseverance of those in the Commonwealth,” said Cox. “We found ourselves over the past 24 months planning many more “draft plays” to outline contingencies brought on by COVID and labor shortages. There was no particular day that the Fair was greenlighted but on April 19, The Kentucky State Fair committee did announce that we were continuing forward with plans for a more normalized fair with the recognition that we could more easily reduce the scale of event rather than try to increase the scale.”

Some planning aspects were simplified. Cox said that the majority of 2020 contracts were rolled into the 2021 Kentucky State Fair, which featured 275 vendors, 60 food vendors, 24 performance locations, and 45 bands. “Primarily the effects of uncertainty related to the COVID Delta Variant impacted some of our vendors who commonly sell products and services at the Fair,” said Cox. “We did have an increase in food vendors from 2019.”

Among the most popular fair cuisine at this year's fairs were: “Lobster Mac & Cheese Balls, Doughnut Burgers along with the classic Pineapple Whip,” said Cox.
The fair's perennial motto invokes community and statewide pride: “Where Kentucky Comes Together,” but the 2021 marketing tagline inspired confidence and revival – “It's On!”

Like other fairs, the Kentucky State Fair reduced its budget and shifted more dollars into digital. “We put a significant amount into targeted digital advertising as it allowed us to be more agile in modifying and informing our audience about the Fair,” said Cox. “We were able to adjust our promotions based on interest but also bring awareness to the unique one-day experiences happening at the fair like our concert performers.” 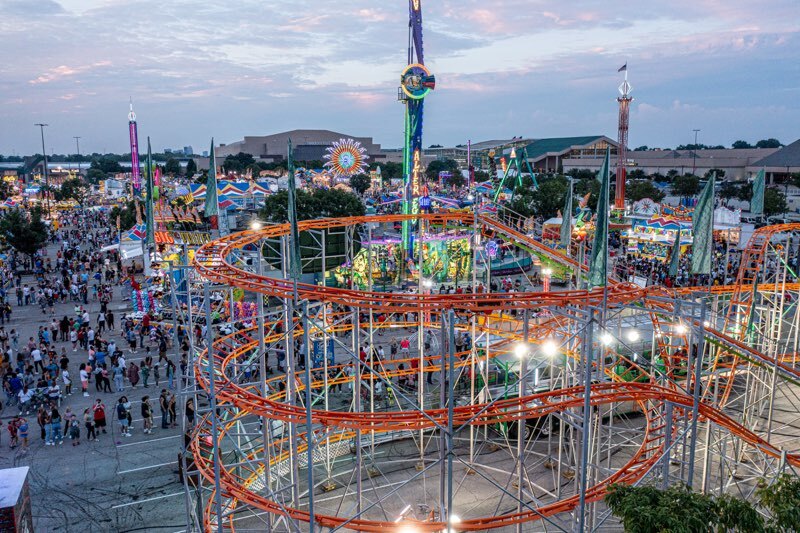 Social media also drove an engagement oriented marketing campaign. “We continued to inform, educate and respond to feedback prior, during, and after the Kentucky State Fair,” said Cox. “This year we incorporated more drone photography to present the scale of the event.”

Cox was unable to provide attendance figures at press time. A heatwave likely suppressed turnout. “Weather for most days was very hot with all days excluding the first day being 90 degrees or over,” said Cox.  We had two days that it did rain.”

But attendance is not the only criterion for a pandemic era outdoor event, the largest of its kind in the State of Kentucky since March of 2020. The fairgrounds had hosted nearly 80 separate events, which paved the way for operating a fair that usually attracts about 600,000. “We did use our experience in hosting during this pandemic to create a safe and welcoming environment for 2021 Kentucky State Fair,” said Cox. “With the delta variant and COVID, our goal for 2021 persisted to have a fair where we could celebrate the success and perseverance of the Commonwealth. The results of this Fair was nothing short of a herculean effort by the Kentucky Venues staff and partners.”

For Kissel – who has played fairs in the state for years and was finally able to play its biggest show – it was a dream come true. “The mood on the midway was great, people were spending. They're sick of staying indoors. That city [Louisville] is ready to comeback.” 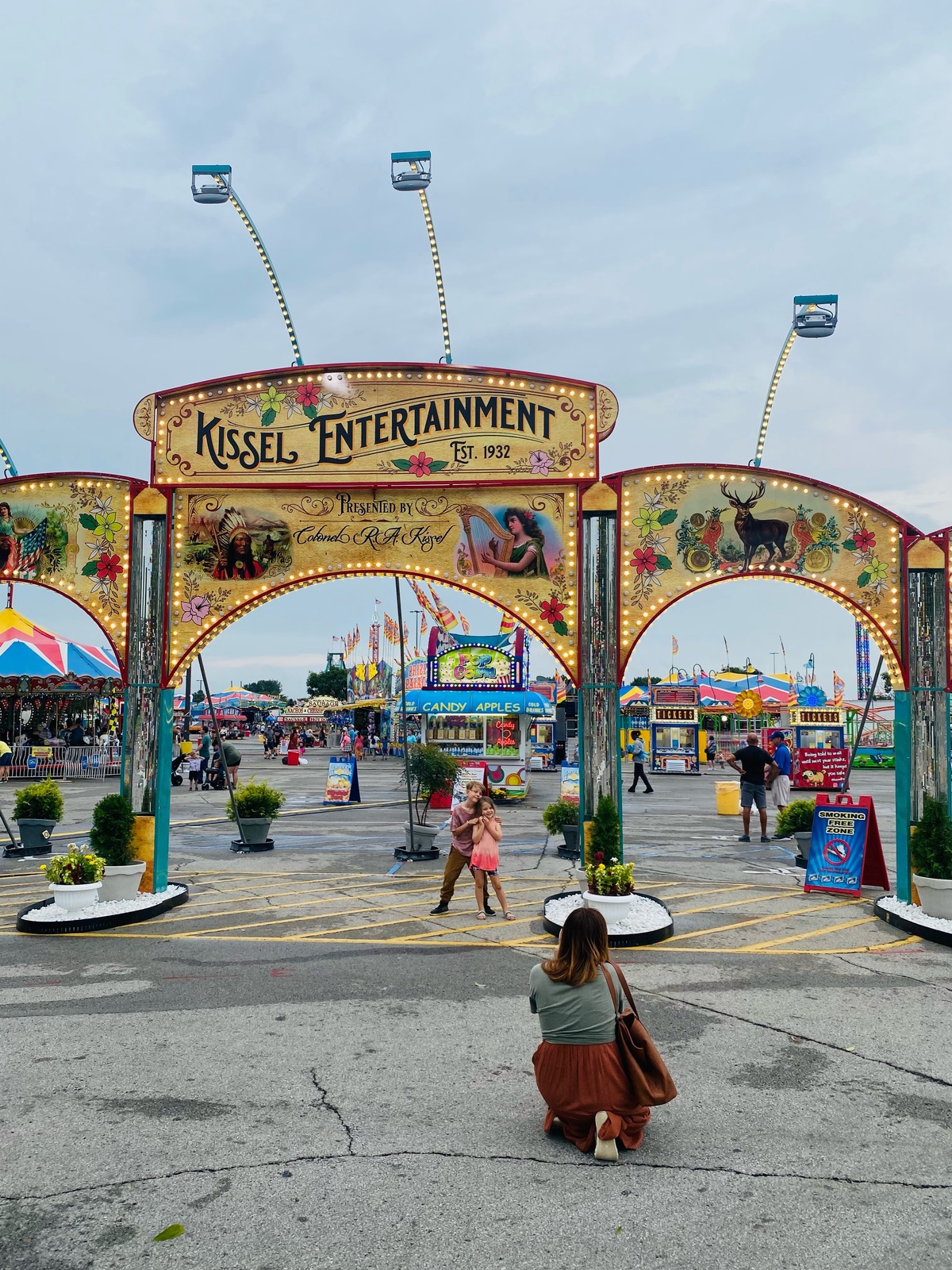 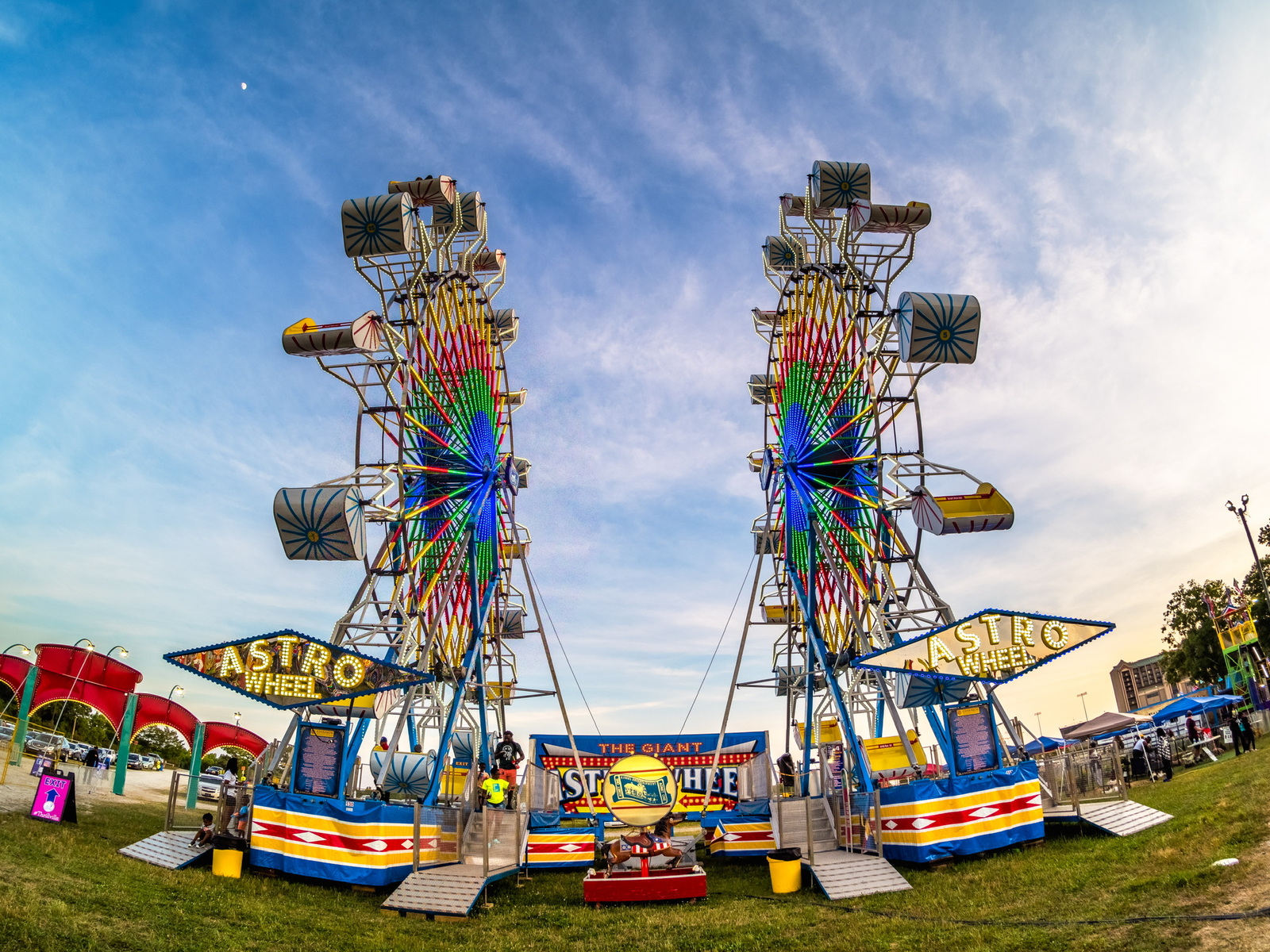 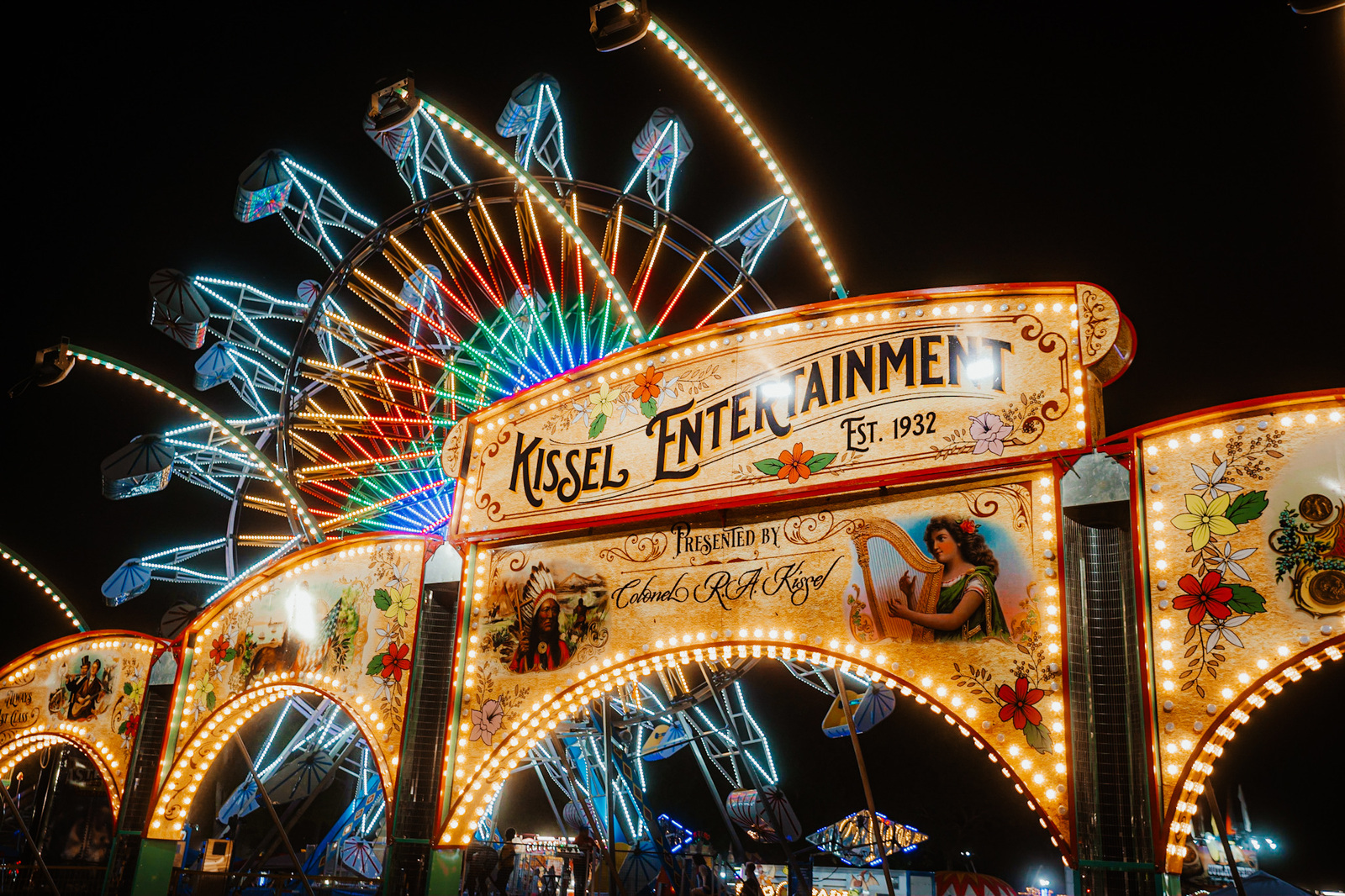