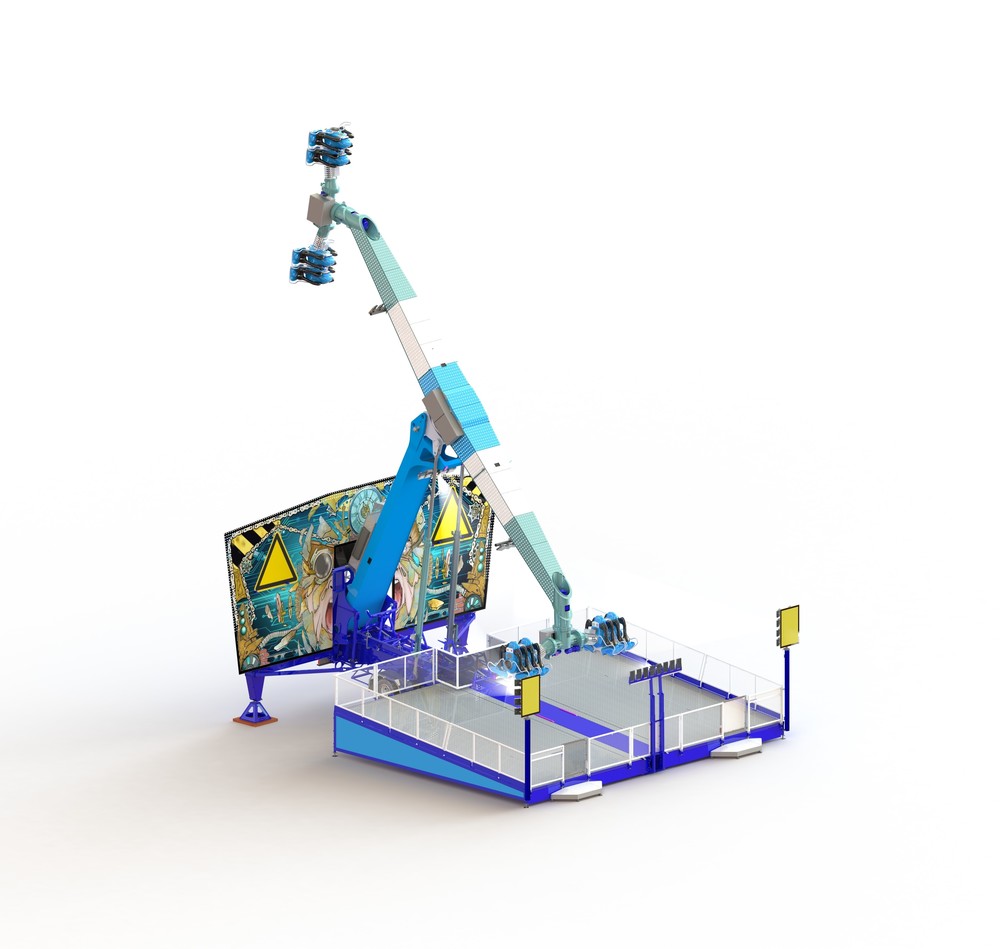 Dutch ride manufacturer KMG announced delivery of a custom themed Freak Out to Matt and Kelly McDonagh's Big Rock Amusements, themed “The Beast”.  The ride is the 58th Freak Out produced by the company and is the first Freak Out to sport the unique theme.

At KMG's facility in the Netherlands, crews are busy manufacturing a Speed for Ocala, Florida based Michael Parks' Paradise Amusements.  The new ride is named “Speed XXL” and will have a full backwall and platform decoration with a super hero theme.  The ride will be decked with extra LED light panels on the sweeps, tower, and logos.  The Speed XXL will be the first KMG piece owned by the company and is slated for delivery during the end of July.

Otterbacher Shows of Riverview will be the first US showman to take delivery of KMG's latest attraction, the “Surf Ride” which will be re-themed as “Crazy Surf”.  The ride is loaded with extras including full backwall scenery sporting a surf theme, LED lighting on the counter weights, main arms, gondolas, and logos.  The Crazy Surf is a family style ride that transports on a single trailer with a capacity of 16 riders per cycle.  Setup can be accomplished by two men in just under 30 minutes.    Otterbacher will take delivery of the ride later this summer and will be debuting it on the show route and is also considering booking the piece independently.

To date, KMG has produced four Surf Rides for showmen all over the world.  Otterbacher's Crazy Surf will be on display this November at IAAPA in Orlando.

This September, KMG will debut yet another new ride concept that is designed to transport on a single semi trailer.    The 16 seat ride is designed as a thrill ride and will tumble riders in the air at heights of up to 62ft.    KMG sales agent Peter Theunisz describes the new ride seat as a gondola that “will make 3 different rotations comparable to the KMG Experience.“

This new ride is named the ”X-Drive” and comes standard with backwall scenery, a loading platform, a LED lighting package and sound system. The X-Drive will transport on a single semi-trailer with 3 axles that can be set up without the use of a crane by two people. The first X-Drive will debut in 2019 and availability for delivery to the United States will be available in January 2020 if ordered in June or July.

This July, Theunisz along with Len Soled of Rides-4U and OA Financing's Wade Muller  will be visiting carnivals and amusement parks throughout the USA to update them about the latest developments and rides.  Theunisz asks that customers who would like to schedule a visit to contact him or Len Soled for scheduling. 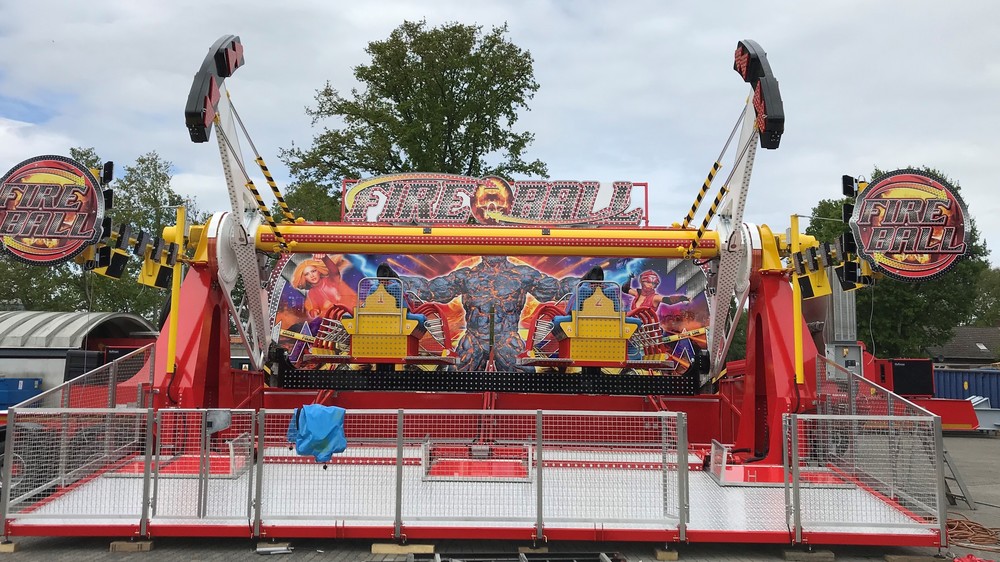 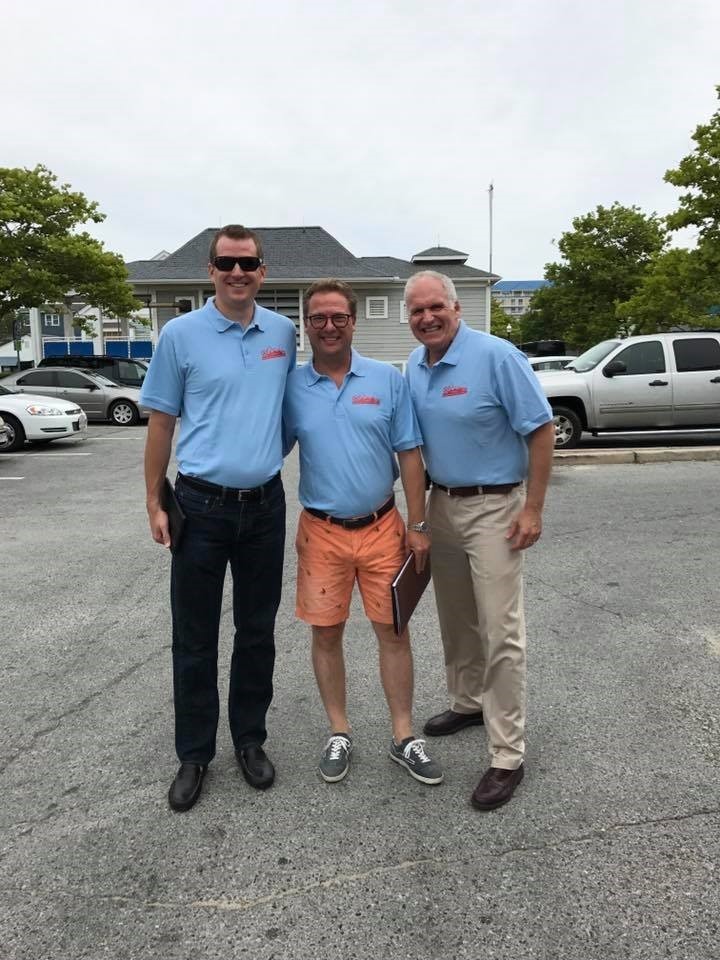 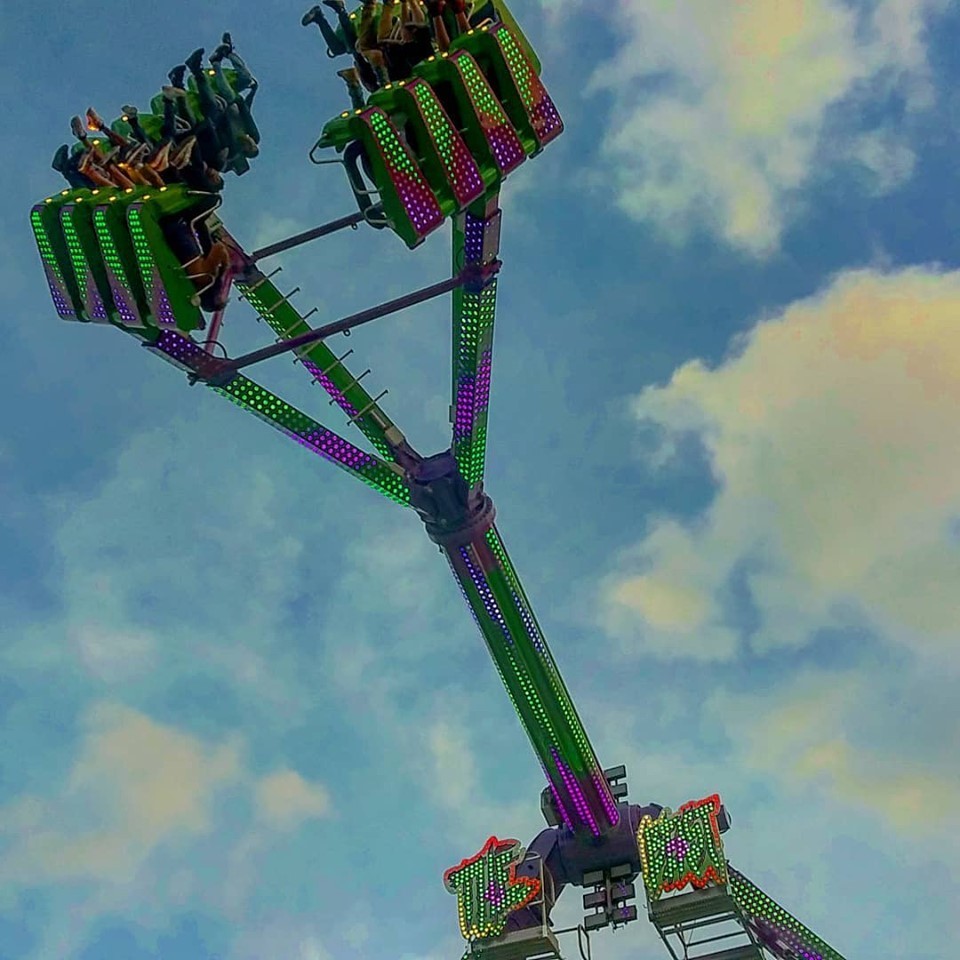