Land Ahoy for Pirates at LEGOLAND 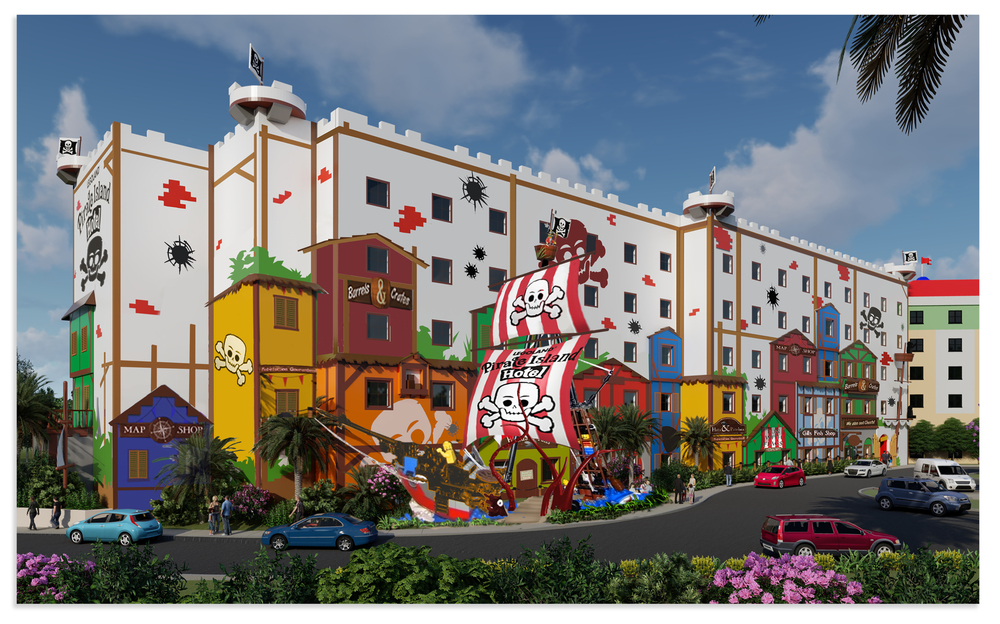 Pirate Island’s new hotel will be the latest addition to the LEGOLAND Florida resort theme park. Legoland Pirate Island Hotel will be Legoland Florida Resort’s third accommodation, and will feature 150 themed rooms and four suites when it opens in 2020.

Already available hotels at the resort include the Legoland Hotel, where guests can select a room themed from four popular LEGO® lines including Pirate, Kingdom, Adventure and LEGO® Friends; and the Legoland Beach Retreat, with its own outdoor play area.

Pirate Island will be connected to the existing LEGOLAND® Hotel, positioned next to Lake Eloise, and widely promoted as being “just 30 kid steps away from the main entrance to the theme park.” It will offer a large pool and pool deck, along with hundreds of LEGO models and numerous character experiences that fit its theme. Lego soft bricks will be on hand for young pirates to build with in the pool.

Florida resort general manager Rex Jackson relates “We’re really excited to open our third on-site hotel accommodation and deliver completely new family-friendly experiences. He adds “Pirates have a long history tied to the state of Florida and we look forward to providing our future guests with an entertaining, memorable and fun hotel.”

The five-story property will also house a pirate-themed restaurant, an entertainment area for kid-friendly nightly programming, LEGO play pits and a lobby bar with a pirate theme. Each guest will receive a free family-style breakfast for all members of their party, as well. A pirate ship located in front of the hotel is designed to be picture-ready.
Inside the rooms, kids will have their own separate side of the room with kid’s TVs, daily in-room LEGO treasure chests, LEGO pirate décor, treasure map headboards and boat-shaped bunks. The adult area will be furnished with Lego pirate decor, a king bed and a TV.

Set to open April 17, 2020, the property will be the first Lego Pirate Hotel in North America.

“Pirate Island will offer a completely unique guest experience for swashbucklers of all ages,” LEGOLAND Florida Resort Hotels Director Kevin Carr explains. “Whether it’s interacting with life-size LEGO characters in the lobby, uncovering LEGO bounty at the end of an in-room treasure hunt, or soaking up the sun in our heated pool, Pirate Island will be the perfect place for families to make long-lasting memories.”

While planning for a new property, LEGOLAND Florida Resort asked for its fans to help develop the theme for the property. With many different options to choose from, LEGOLAND fans were vocal that LEGO Pirate was the preferred choice.

“Due to the success of our existing accommodations, we realized a third hotel was needed to keep up with our high consumer demand. Veteran guests and excited newcomers alike shared their opinions and LEGO Pirate was the overwhelming favorite,” Carr notes.

Pirate Island will be a key addition to LEGOLAND Florida Resort’s continued park expansion. Florida’s Lego Movie World opened in spring 2019; a new miniature golf course for hotel guests opened in the summer. The 9-hole miniature golf course features characters and locations from throughout the Sunshine State of Florida, and offers information about them. Open only for hotel guests to enjoy, the course is located behind the Legoland Hotel along the hotel boardwalk.

The cost to play is $8 per person.

Meanwhile, on the west coast, the Legoland California Resort is expanding with Lego Movie World, which will include rides and characters when it arrives in 2020. Lego Movie World is already a major attraction at the Florida resort.
In Carlsbad, Calif., Lego Movie World will feature the flagship attraction Masters of Flight, which takes guests for a ride on Emmet’s flying couch and allows attendees to meet characters including The Lego Movie 2’s Sweet Mayhem.
The flying theatre ride will include a full-dome virtual screen, with visitors able to fly above Middle Zealand, Cloud Cuckoo Land, Pirates Cove and Outer Space.

Peter Ronchetti, Legoland California Resort General Manager, says his team is “thrilled to create an interactive experience that fully immerses guests into a world created by Lego,” adding “We can’t wait to see the faces on all the children as they interact within the creative world of Bricksburg and experience the incredible Masters of Flight ride which is taking the traditional soaring-type of ride to new heights.”

As well as Masters of Flight, the immersive new land will boast Unikitty’s Disco Drop, a new ride that will launch visitors to the top of Cloud Cuckoo Land, providing a good view of the area along with a family-friendly thrill. The children’s tower ride also includes a constantly changing video screen of Unikitty’s expressions at its pinnacle.

Another new ride will be Benny’s Play Ship. It will feature Legoland California’s  re-imagined carousel, and invite guests to meet Emmet and his friends at Emmet’s Super Suite apartment.

With the new land in California, and pirates poised for overnight stays in Florida, Legoland continues to grow and thrive in North America. 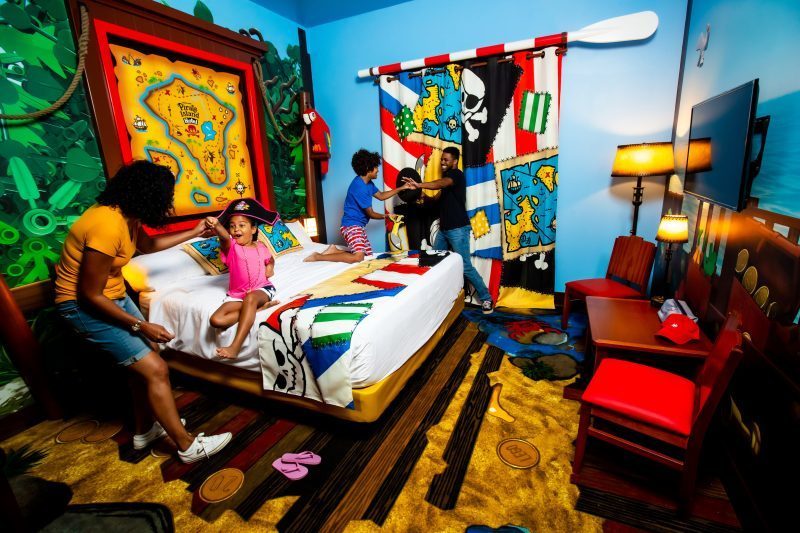 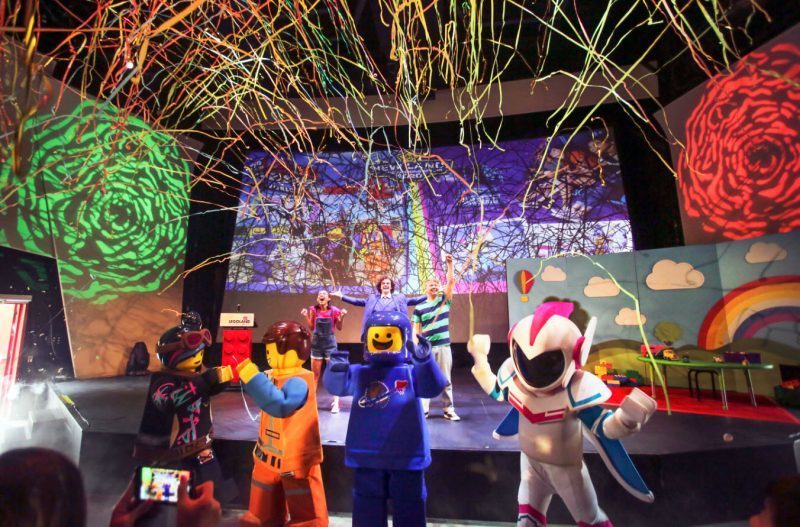