Legoland New York to Finally Open during Mid-Summer of 2021 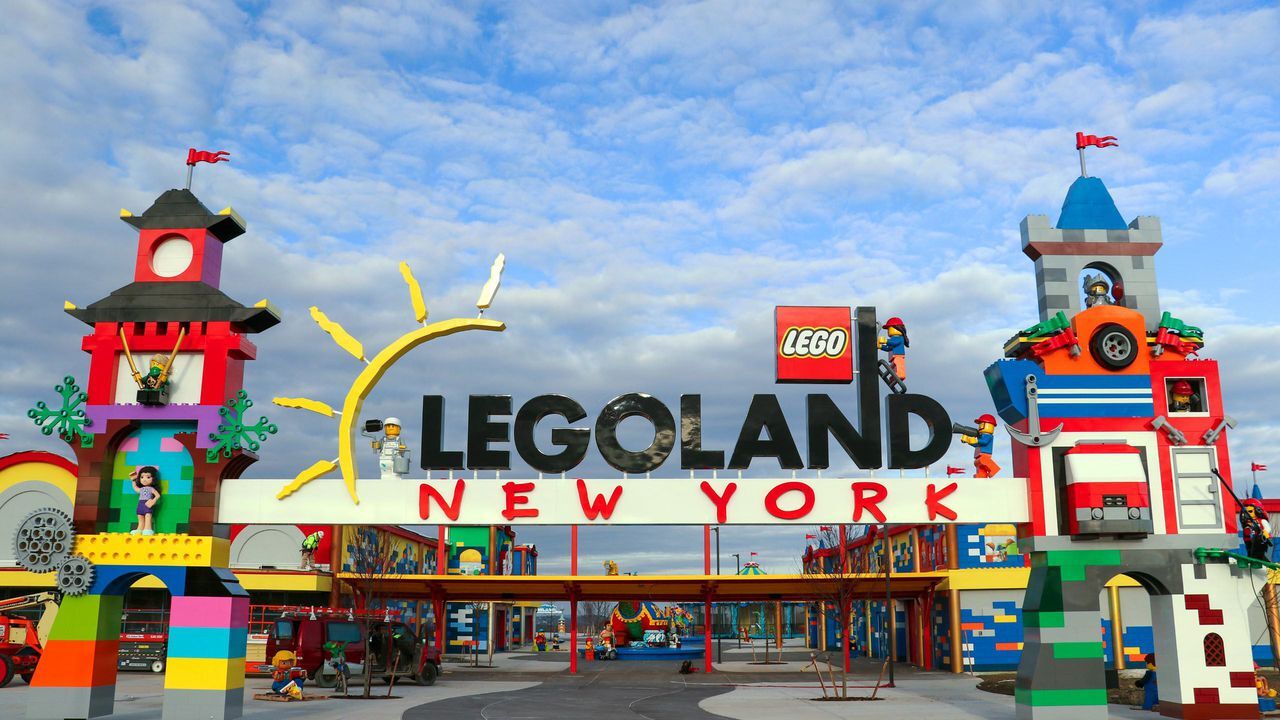 In preparation for an upcoming opening – likely this summer – Legoland New York plans to hire approximately 1,000 employees for the park and resort. Despite the fact that construction was affected during the pandemic, with the building site shut down between March and May, the construction of the park quickly got up and running with construction resuming under numerous safety protocols.

According to Stephanie Johnson, divisional director for the resort, along with the new factory ride, Legoland resort will include two lands unseen elsewhere in the U.S., Brick Street and Bricktopia.

Bricktopia will be the main entrance area to the park and will have the appearance of being built by Lego mini figures. A 10,000-square foot retail Big Shop will be located in this area, which along with the Lego items for sale will also include interactive elements. In Bricktopia, the colorful land will include Lego models, the test building space, and creativity workshops as well as Smokey’s Brick-B-Q sit-down dining, where themed elements appear to show baby dragons preparing and cooking food items.

Johnson feels that along with the unique aspects of New York’s Legoland, public interest in entertainment attractions will draw strong attendance up to capacity limitation. The park is dedicated, Johnson says, to keeping operations safe in the face of the pandemic. Passes will be made digital, cashless apps used for food and beverage ordering, a reservation system added, and a virtual queue system put in place.

Legoland New York’s hotel will add to the experience, but vacationers are expected to be domestic rather than foreign. Johnson relates “We’re a regional-based attraction, and that’s where we will put our focus in our first few years, regardless of COVID.” The park should have appeal with residents of the New York City. Metropolitan area.

The pirate themed hotel will be specifically geared for families and include themed play areas as well as in-room scavenger hunts and a resort style pool.

But likely the biggest draw at the resort will be The Lego Factory Adventure Ride, having its global premiere. The ride is designed to make its riders feel as if they are traversing a Lego manufacturing plant; while a combination of facial recognition software and cameras make them feel as if they were transformed into Lego Minifigures. Created in a partnership with Holovis and ETF Ride Systems, the journey is more than just an ordinary exploration of a factory, as guests are “shrunk” to the size of a Lego and visualized in that way on a mini figure form. Comedy abounds as riders may first see themselves mistakenly visualized a Lego sized hot dog, and riders’ visually eponymous figures will end up being “opened” in the set of a child’s bedroom. The idea, Johnson says is to “really bring people into the LEGO world.”

The Miniland attraction at the park will also be unique with some uniquely New York landmarks. An Empire State Building, over 20 feet tall, and created with some 98,000 Lego bricks that Johnson said took 700 hours to build, is one of the highlights.  Johnson says it took over 700 hours to construct. Also included are Time Square, One World Trade Center, Yankee Stadium, and more. These locales are just one part of the Miniland, which also includes iconic images from Washington, D.C., to San Francisco with an animated Mount Rushmore in between. There is also a “nod to the town of Goshen itself,” Johnson says.

The entire park, situated within 500 acres, is 150 acres. 150 acres of the additional land will remain undeveloped.