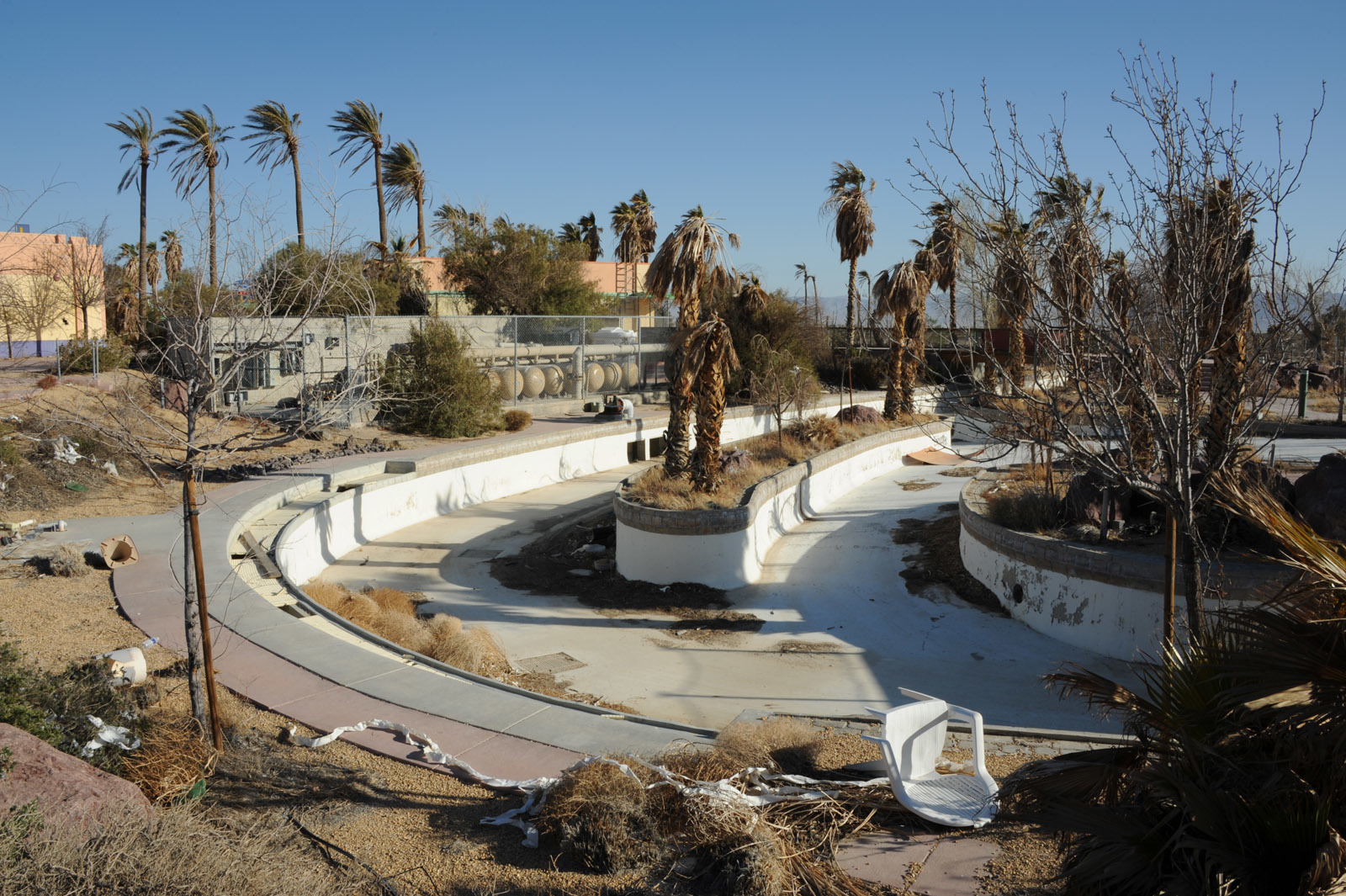 Originally created in the 1960s, the park closed in 2004; becoming a backdrop for many Instagram photos. People frequently ignore "no trespassing signs" to pose in front of a dried-out pool or decaying water slide.

But the water park could spring to life again soon. Located along I-15 in the Mojave desert, the park's renewal is currently in the planning stages. G&GF Enterprise received approval in March of 2020 to create a new attraction in this highway-adjacent parcel in San Bernardino County, near Barstow, Calif.

According to company manager and spokesman Om Garg, despite the pandemic, plans are full speed ahead and geared toward “the comfort and entertainment and recreation of traveling people.”

The water park opened in 1962. Owner Bob Byers named the waterpark Lake Dolores for his wife. The attraction at that time had a lazy river, zip line, and bumper boats, as well as the main draw, waterslides that ran into a man-made lake, shooting riders into the lake below. The lake was fed by an underground aquifer. The zip-line was a hand-held device; the popular Big Bopper a fast moving large-raft ride. But, with other attractions competing not far away – big theme parks, like Disney and the then-growing Knotts Berry Farm, the park shuttered.

Byers sold the park in 1990 to businessman Terry Christensen who re-envisioned it with a 1950s nostalgic theme, including vintage cars and rock and roll on speakers throughout the park, which was renamed Rock-a-Hoola. Original water slides were replaced with newer models; one was called Greased Lighting. Despite a successful rave night in 1999 put on by Electric Daisy Carnival, the park eventually went bankrupt in 2000. This was due in part to an accident in 1999 involving a park employee using the Doo Wop Super Drop water slide when the park was closed, and the catch pool was short on water. He received $4.4 million in a settlement, which led to the park's demise.

Since then, the remains of the park have been used as a site for skate boarders and photographers.

In purchasing the park, Garg and his team thought they would be able to revise the park using operations zoning from the late 90s, but times have changed, and the former conditional-use permit was not valid.

Rezoning includes an effort to create an RV park, which is planned for 2021. The waterpark itself is planned to be ready in summer of 2023, and will be called Dolores Lake Park. 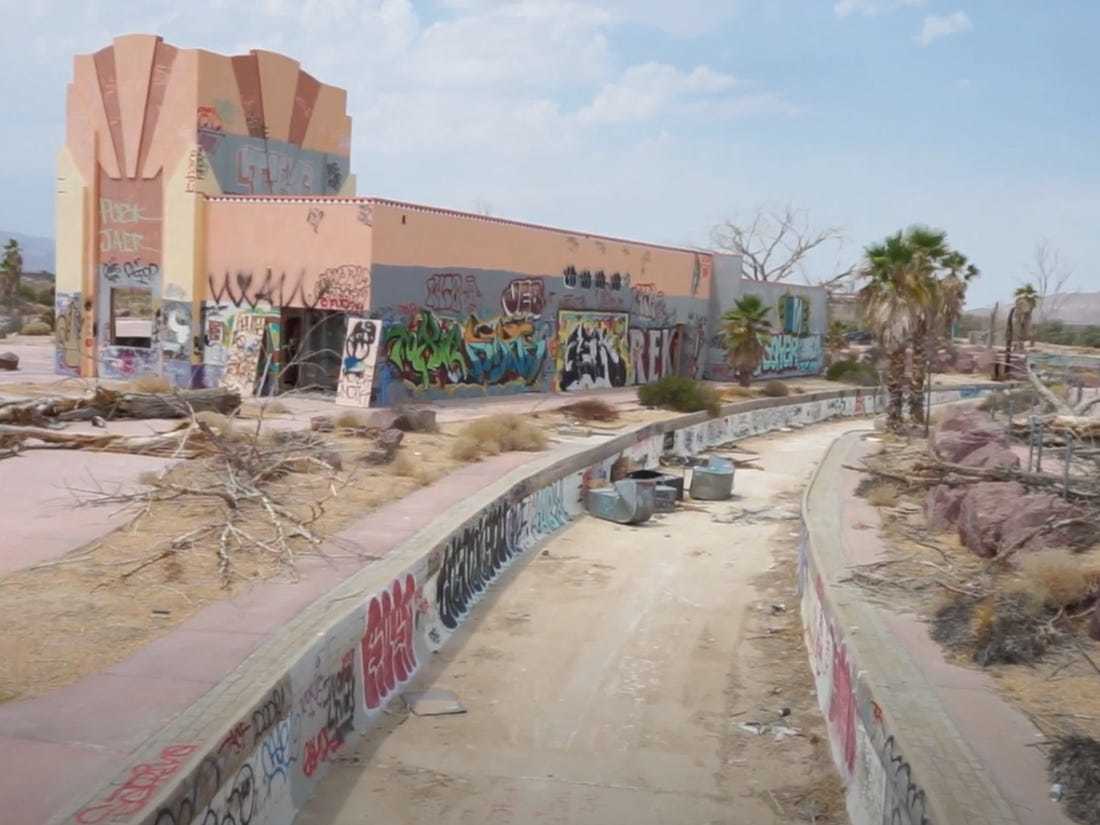 Construction will be conducted by White Water West, a previous builder at the site with approximately 90% of the old infrastructure salvageable. Garg notes that new rides are planned to fit the existing layout of the park.

Following that phase of development, approximately 90,000 square feet of office and administrative space, to include a library and amphitheater will be developed to begin in 2023 for completion in 2024. The former parking lot Garg plans to use for a solar grid to generate the electricity for the attraction.

Finally in 2025, construction is planned for some 46,000-square-feet of commercial and retail space.

Another Route 66 attraction, Bedrock City near the Grand Canyon and Williams, Ariz., has already found wings on a new lease in life. The closed park is now called Raptor Ranch, and while the owners are dedicated to it serving as a bird sanctuary, they are also keeping the iconic Flinstone's buildings such as Fred's House, and planning a new large outdoor playground area. 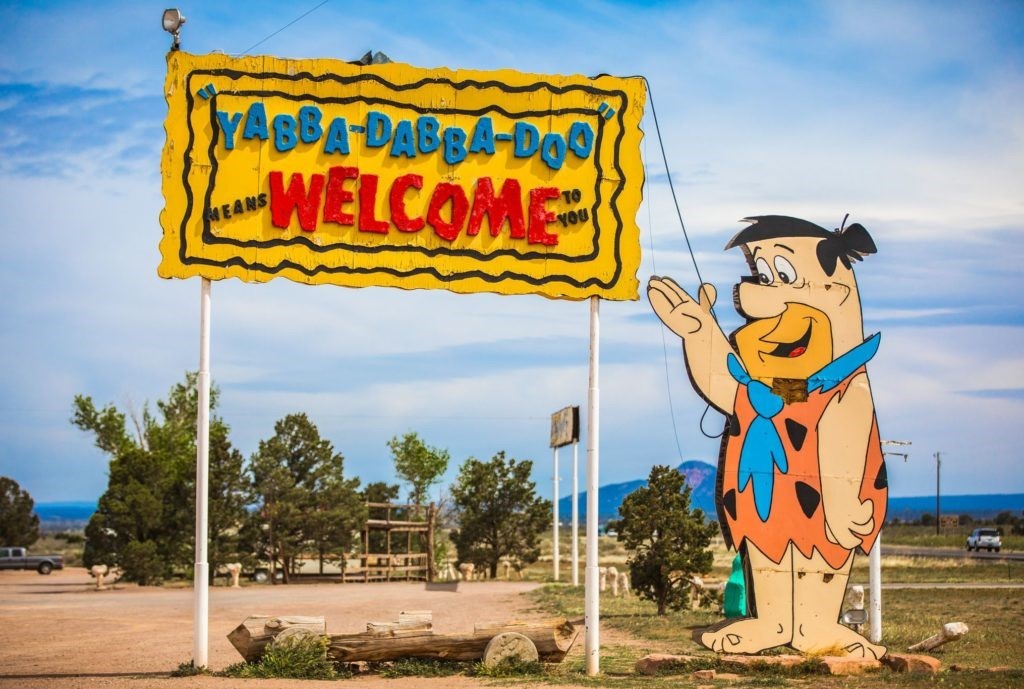 Originally built by Francis Jerome “Hudi” Speckels and opened in 1972, the park featured buildings in bright primary colors, and cars with rock wheels cast in concrete. Sold to Troy Morris and Ron Brown, Raptor Ranch was planned as an ecotourism site for hawks, falcons, and owls among other winged wild creatures.

But after public interest in the original Bedrock City remained strong, the owners decided to keep most of the Bedrock City structures as well as establish the raptor and other wild bird refuge.

Morris says that today many visitors still come to see the Flintstones attraction, which takes up just 3 of the 30-acres of Raptor Ranch; so, the two attractions happily coexist. Bedrock City represents a past nostalgic amusement and the Ranch itself shows visitors how raptors hunt in the wild. Tourists are enjoying the bird demonstrations, while taking in the old Bedrock City sights, which Morris is also working to spruce up.

In short, there's new amusement and waterpark life on the old “mother road” of Route 66.