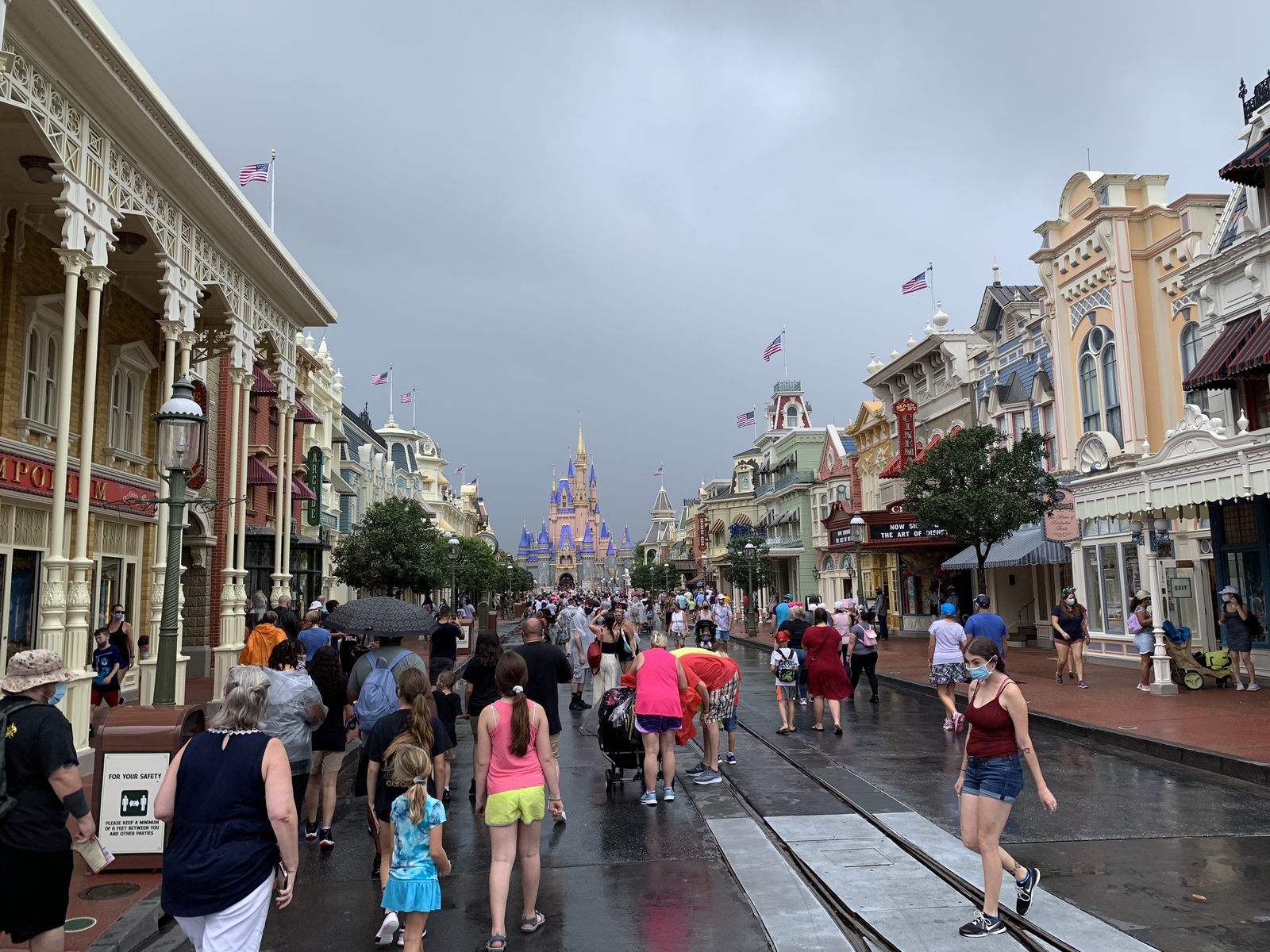 Crowds Filter into the Magic Kingdom on September 12
Park reservations were sold out that day, which has been a common trend at many Disney Parks during the weekends.

While business is certainly not where it was last year at this time, theme parks and water parks are still attracting guests despite the Covid-19 pandemic.

In Orlando, Fla., Universal Studios is a bright spot, according to a recent report conducted in early August by Bryan Kraft and Benjamin Soff from Deutsche Bank. While attendance on Saturdays is 64% down from 2019, business is rebounding faster than for Disney theme parks, which are currently operating at 80% less than last year at this time. Part of the reason for this: Universal Orlando opened its parks in June, over a month earlier than Walt Disney World; by the time Disney reopened in July, Florida's COVID-19 cases had risen, discouraging visitors. At Disney, Epcot and Animal Kingdom appear more popular than the Magic Kingdom and Hollywood Studios, also according to the Deutsche Bank report.

Since the report was conducted, it has been reported that attendance during the month of September has been on the rise at Universal and Disney Parks, prompting an increase in allowed capacity for the parks.  Over Labor Day Weekend, Disney Springs, Disney's shopping and entertainment district, saw record crowds. 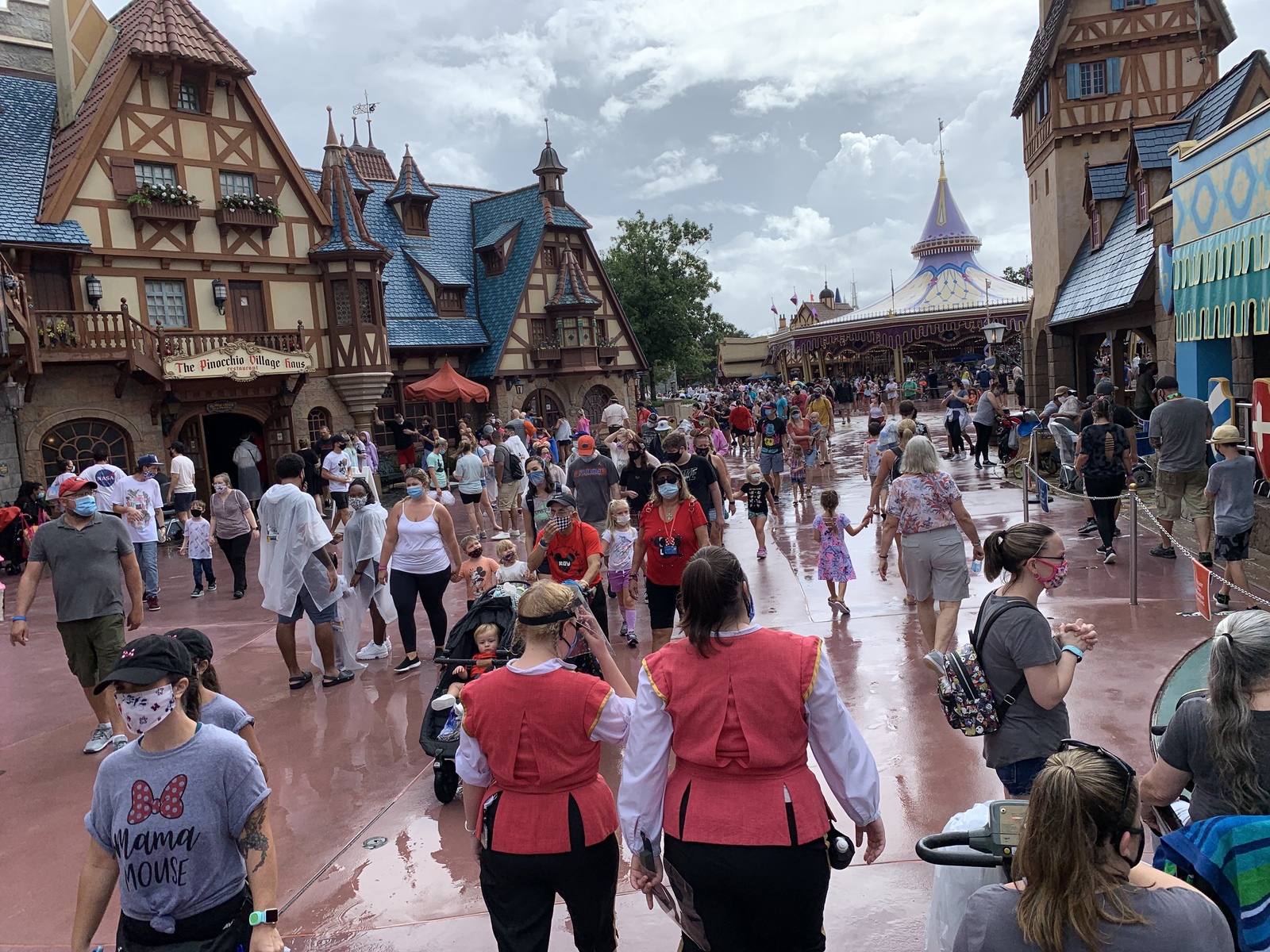 That said, due to its successful streaming and TV content services, Disney actually did better in terms of profit than analysts expected, and overall, Disney stocks posted a profit of 8 cents a share, down 94% from a year ago.

SeaWorld Parks & Entertainment also forecast a 96% decline in its 2nd quarter revenue – a reduction from $406 million in 2019 to $18 million in 2020. SeaWorld and Busch Gardens parks were closed by the pandemic during this period. Sea World and Busch Gardens theme parks located in San Diego, Calif.; Florida; and Virginia have also delayed opening four nearly complete roller coasters until 2021, despite the coasters being almost finished.

But in good news for Orlando area parks, both SeaWorld and Aquatica have expanded their hours to seven days a week through October 5th. Capacity is still limited however, due to the ongoing pandemic.

And according to SeaWorld interim CEO Marc Swanson, the 2021 opening of new attractions including Iron Gwazi at Busch Gardens Tampa Bay and Ice Breaker at Orlando's Sea World, are already generating excitement. SeaWorld is also holding modified versions of its annual Halloween and Christmas events at several parks, a contrast to Disney and Universal events, and a strong draw for the parks.

The company reported a 15% increase in attendance from the last week of June to the week ending August 2nd at parks that have been operating for a 30-day minimum, which is also good news.

At Six Flags, while attendance varied by park, second quarter revenue lagged as well, with a figure of $19 million, and attendance of 433,000 guests, a decrease of 96% compared to 2019. Nonetheless,  president and CEO Mike Spanos reported he was proud of how the parks performed due to pandemic challenges, attesting “We have made transformational changes to park operations by leveraging our experience and technology to create industry-leading safety protocols…maintaining the safety of our team members and guests as our highest priority…city and state officials have acknowledged our safety standards as a best-in-class example of how businesses can safely serve guests during this pandemic.”

Cedar Fair, whose California park Knott's Berry Farm remains closed, released their quarterly results on August 5th. According to president and CEO Richard A. Zimmerman, he's proud of the way in which the company and its team have “risen to the challenge.”

He adds that despite the uncertain conditions due to the pandemic, Cedar Fair has opened 7 of its 13 parks. Explaining that the parks have generated “modest positive cash flow by adjusting operating calendars to better meet demand, consolidating seasonal labor hours into fewer operating days, implementing effective cost saving measures, and creatively generating incremental revenues within our parks…,” Zimmerman stated.

As for revenue, the company indicated net revenues for the second quarter, which ended June 28, 2020, as $7 million versus $436 million for the same quarter last year. The decrease in net revenue was due directly to a decrease in attendance of 8 million visitors, as well as out of park revenues, which were lowered to the tune of $44 million dollars during the second quarter.

Attendance may be low due to the pandemic, but Zimmerman is pleased by company innovations, some of which are running and popular even at closed parks. He specifically cited the sold-out outdoor food and merchandising event held earlier this summer at Knott's Berry Farm, Taste of Calico. Set in the park's ghost town, the park's original attraction, the event was so sought-after that a second series of weekends with completely new food selections was added. “New programming like this reflects our ability to adapt to a changing market, giving us a chance to reinforce our brand positioning and stay connected with our guests,” Zimmerman related. He added that the park, and Cedar Fair as a whole, are looking for other new opportunities to entertain guests such as this. 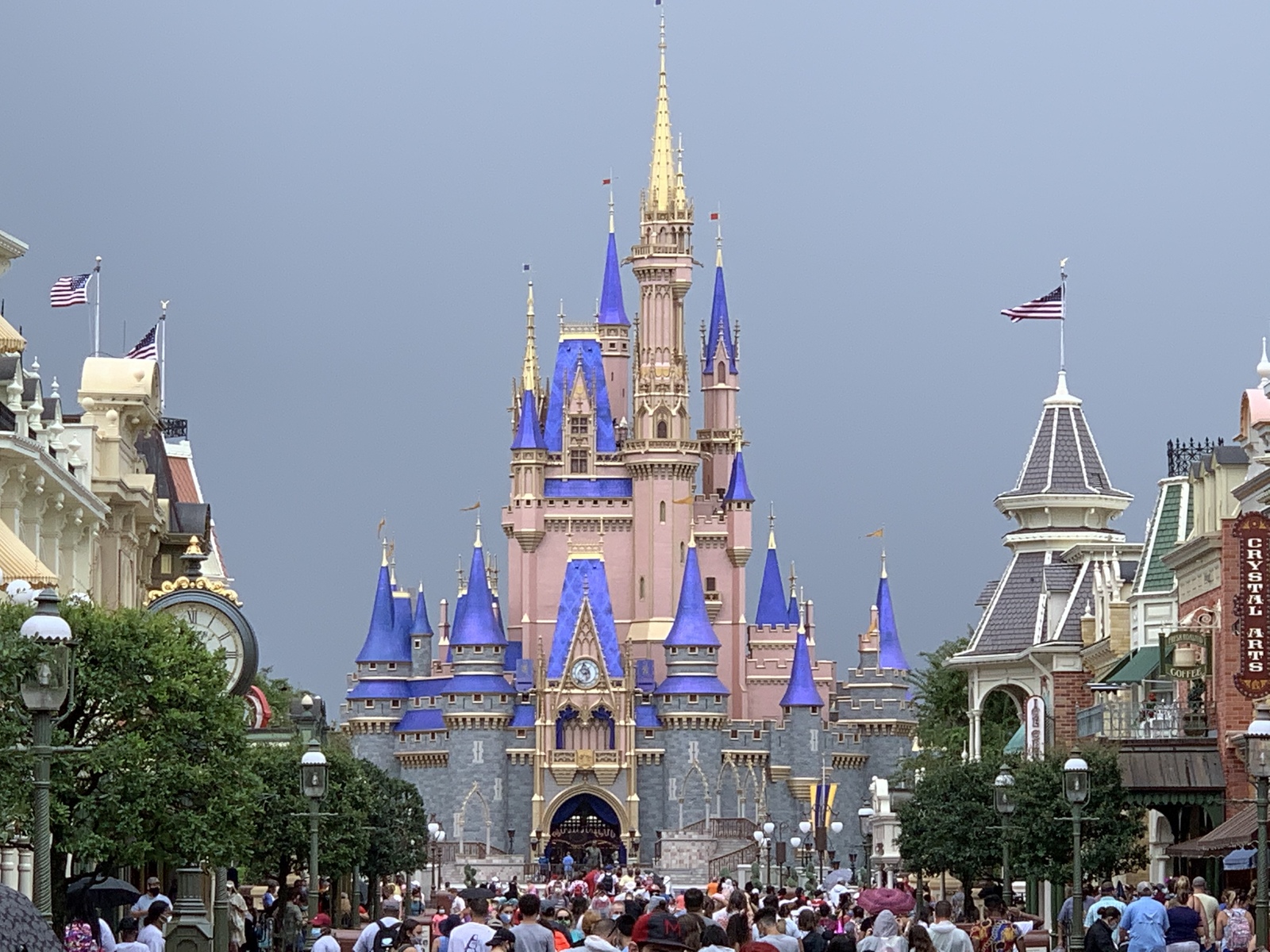 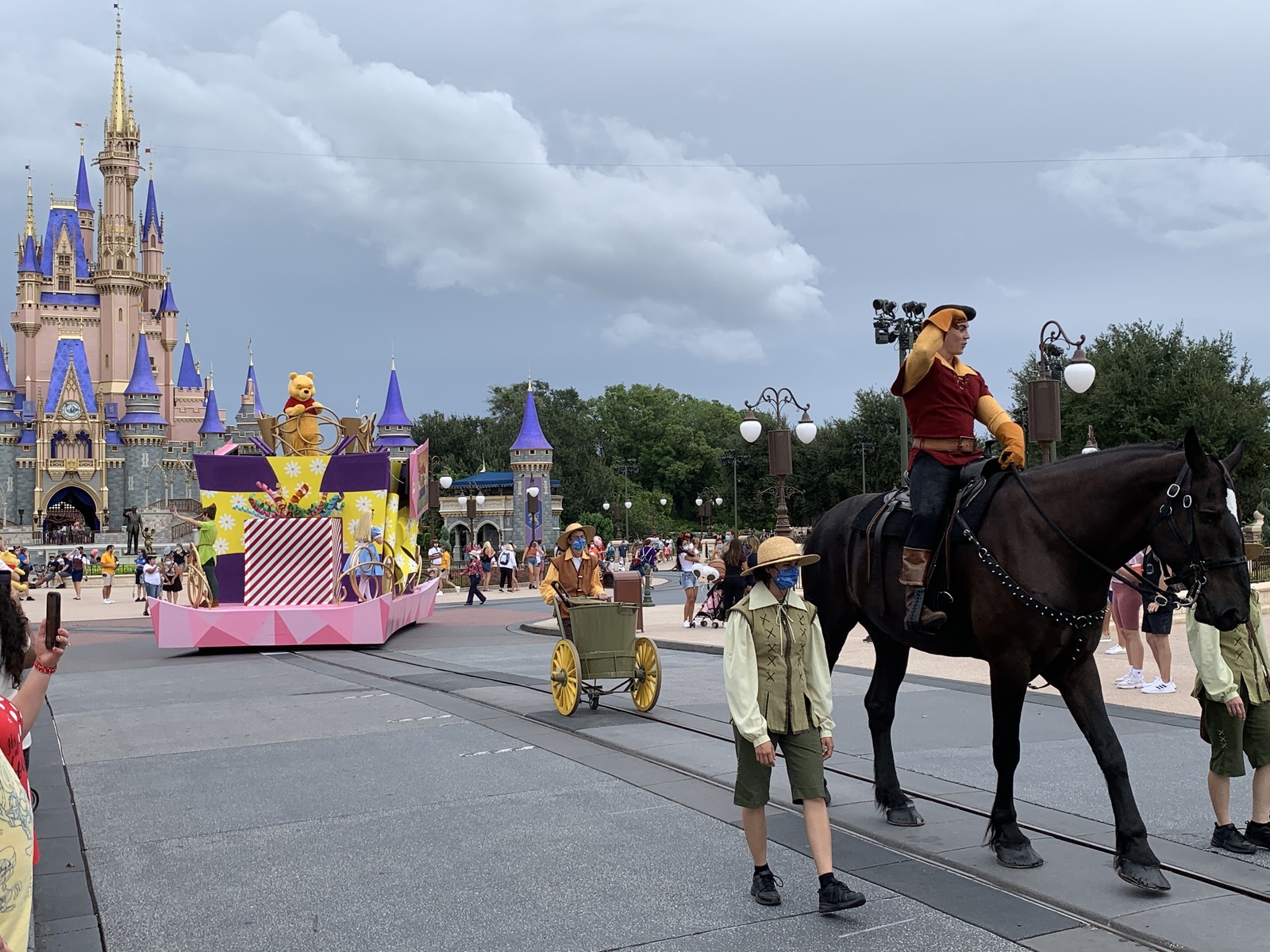 Crowds Filter into the Magic Kingdom on September 12

Park reservations were sold out that day, which has been a common trend at many Disney Parks during the weekends.