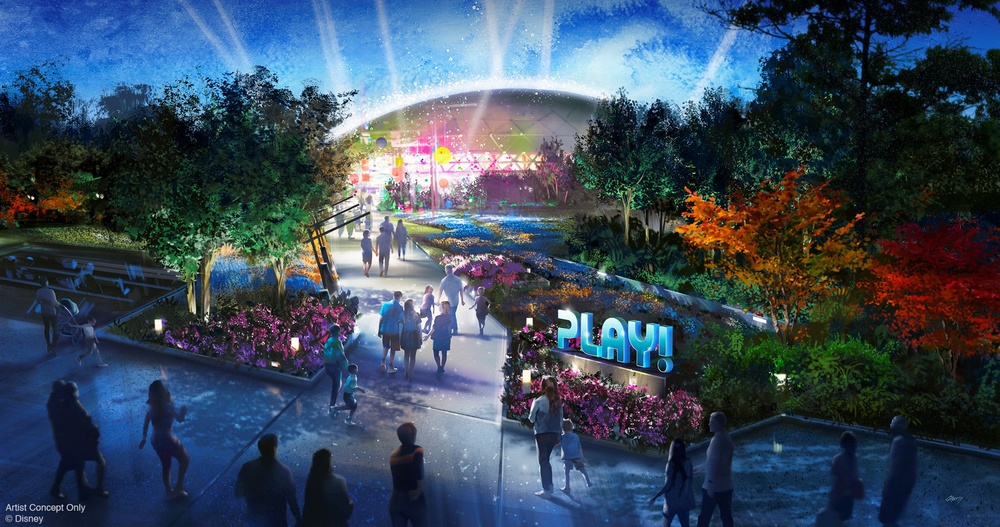 At Walt Disney World in Orlando, Epcot will be undergoing the largest theme park upgrade in the company's history. The recently revealed plans include a transformed Spaceship Earth, as well as new attractions based on both Mary Poppins and Moana, among others.

According to Disney Parks chairman Bob Chapek, the Epcot update will bring the theme park, Walt Disney World's second oldest, up to date for modern guests.

Chapek attests “Every inch of every park should be magical, and that's why I'm so excited about this transformation.”
Epcot originally debuted in 1982, and featured both Future World and an international world showcase that was set up as an ersatz miniature world's fair. Chapek reveals that the new layout for Epcot would feature four neighborhoods —World Discover, World Nature, World Celebration and the existing World Showcase, and that each area will feature new attractions.

Even Spaceship Earth, the globe at the Epcot entrance, will receive an upgrade. The globe will now feature new narration and music in what will be called World Celebration. There will be a wishing tree, story fountain and events pavilion.

In World Showcase, the French pavilion will house Remy's Ratatouille Adventure, an attraction which is a big hit at Disneyland Paris, where guests explore Gusteau's restaurant from the perspective of the rodents. An all-new Beauty and the Beast Sing-Along all also be included in this pavilion.

Located within the United Kingdom area of World Showcase, may be the biggest news of all: a Mary Poppins-themed attraction that will allow guests to visit the Banks' home at 17 Cherry Tree Lane and experience the magic of Mary herself. Announced by none other than Dick Van Dyke at Disney's August D23 Expo fan convention, the attraction will let guests walk the cobblestone streets of the Banks' neighborhood. No other details were provided.

The attraction is an historic one: it's the first permanent tribute to the 1964 Julie Andrews film, which resurged in popularity following 2018's Mary Poppins Returns, starring Emily Blunt.

In World Nature, Journey of Water, Inspired by Moana will feature an exploration trail that lets guests interact with magical, living water. The lush islands setting in the film are said to get their due at this exhibit.

Disney also plans to reimagine the fan-favorite “Spaceship Earth” ride with a new guide and new narration that plans to “focus on the storytelling that brings people together,” according to the Expo's page.

Moving on to World Discovery, guests will find a thrilling yet family-friendly roller coaster in Guardians of the Galaxy: Cosmic Rewind. The themed coaster features the first reverse launch into space, with rotation to follow the action in the ride's story line.
A Moana warrior princess and a super hero squad of Guardians of the Galaxy will also be part of the new Epcot Universe for fans to interact with.

And at the end of the day, Epcot will feature a brand-new nighttime spectacular, HarmonioUS, celebrating the ways in which Disney's music inspires the world. The fireworks show will showcase familiar tunes performed by a diverse group of international artists. It will also feature floating set pieces, custom-built LED panels, choreographed moving fountains, lights, pyrotechnics, lasers and more, according to Disney. It's described as the largest show ever produced for any Disney park.

Dining experiences at Epcot include La Crêperie de Paris and Space 220. The latter will include a visual menu of both daytime and nighttime views of Earth as seen from 220 miles up. It will be located in the Mission: Space area and designed as if it were a space station high above Earth. Winter 2020 is its scheduled opening date.

Also new at Epcot: an interactive metropolis, PLAY! pavilion. Guests will experience a variety of games and activities, including a water balloon fight with Huey, Dewy, Louie and Webby, Donald Duck's nephews when the pavilion opens.

“It was Walt's vision for our theme parks to be places where Disney stories come to life in amazing ways, and with the world's most creative and talented team of artists and dreamers, there's no shortage of inspiration,” Chapek says.

In addition, Disney announced the name of the new Star Wars hotel to be built near Hollywood Studios. Star Wars: Galactic Starcruiser will board a launch pod for a two-day, two-night stay aboard the Starship Halcyon, where they will also go on missions and meet creatures from Star Wars. Every room will have windows that “look out into space,” according to Disney PR; there will be a “spaceport” day on Batuu at Star Wars: Galaxy's Edge, and special activities included such as a chance to learn how to wield a lightsaber. The cost for this immersive experience has not been announced.

Disney will also be releasing a digital assistant called Disney Genie to enhance the guest experience at Disney World parks. The idea behind it is to make planning easier for guests at the resort, assisting with a wide variety of tasks from booking a FastPass to planning the most optimal time to experience certain attractions. It can also be used to map experiences and attractions guests want to see, and make dining reservations. The assistant will debut as Disney World celebrates its 50th anniversary in 2021. 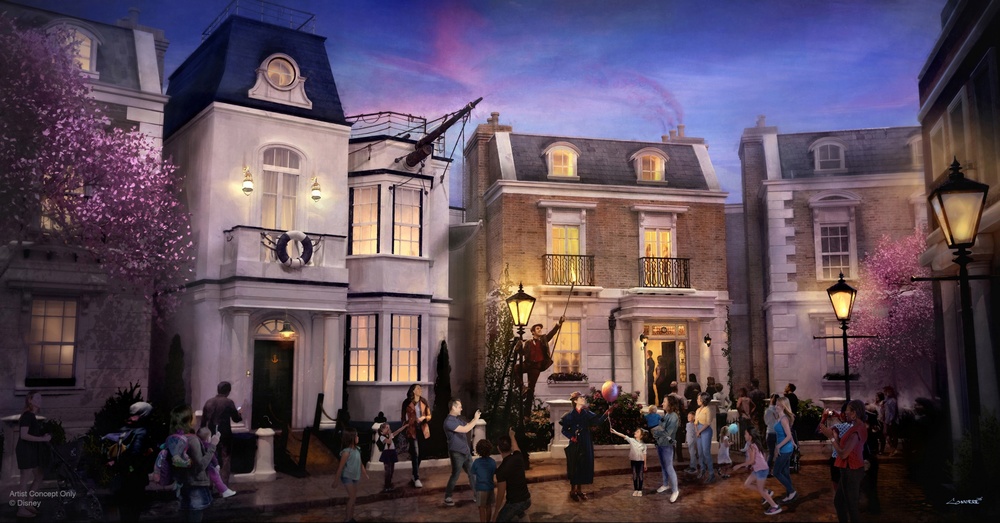