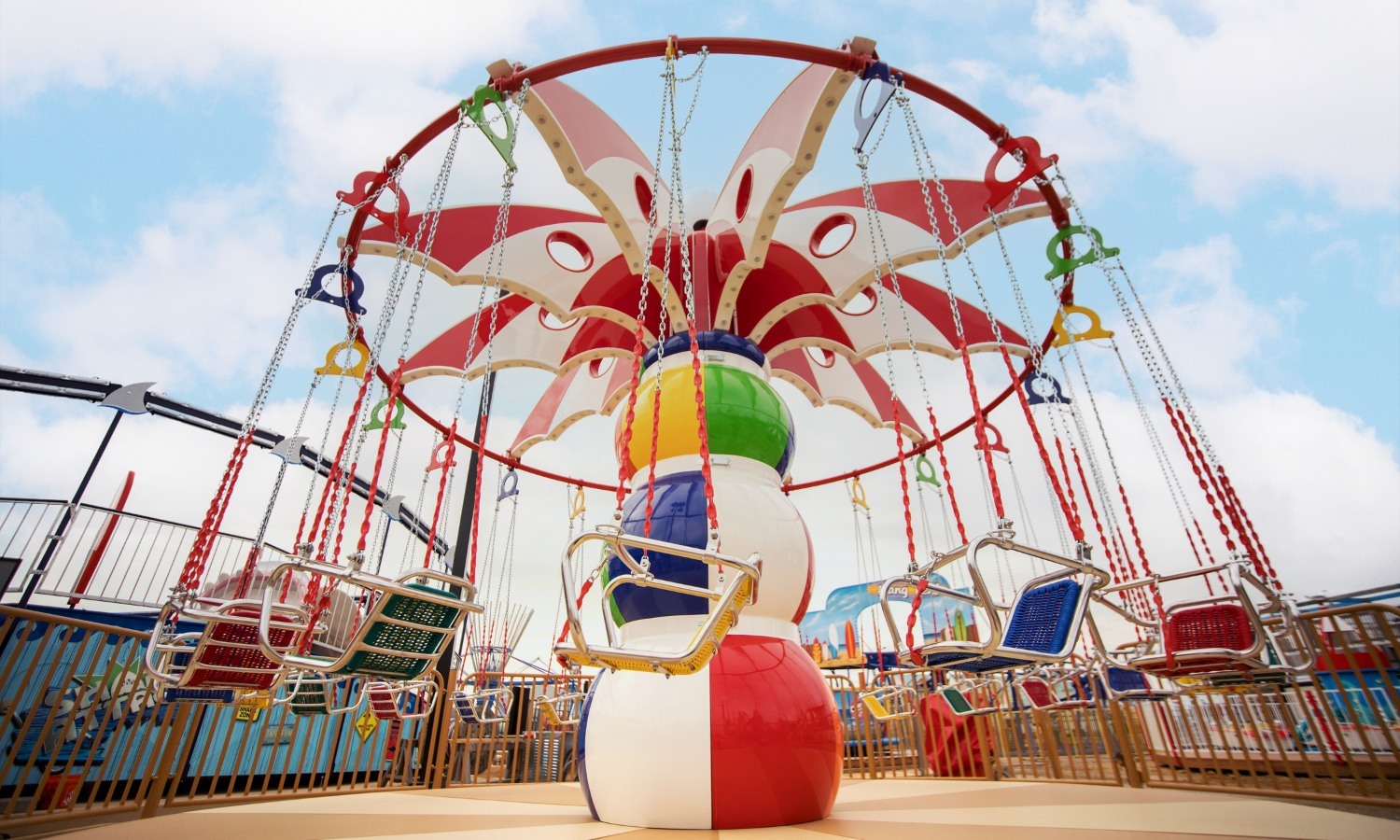 Fantasy Island Adds Three new Attractions for 2022
A Kiddie Swing from SBF/VISA/Rides 4-U was one of the new attractions added to the park just in time for the 2022 season.

It's a fantasy come true: Fantasy Island, located in Beach Haven, New Jersey, continues to add new attractions to its family fun quiver. According to park owner Brian Wainwright, now in his fifth season at the helm, this year he has added two new rides, a family ride as well as a kiddie ride, and is also adding a new game to the park's midway.

The family ride is a new spin on an old classic: a new shark-themed Tilt-A-Whirl from Texas-based manufacturer Larson International. The ride is called Shark Attack, and features cars in which riders sit within open-mouthed sharks. He notes that the park previously housed a Tilt-A-Whirl, however, “It just seemed like a good time to get a new one.” So, the older version was removed, and sold. “The new one sits about 25 feet away where the old one was located," he explains.

Adding to the ride's fun is the opportunity for photos, and with that in mind, Wainwright said the shark-themed ride is perfect for the park. An additional car is in the works to place nearby for photos. 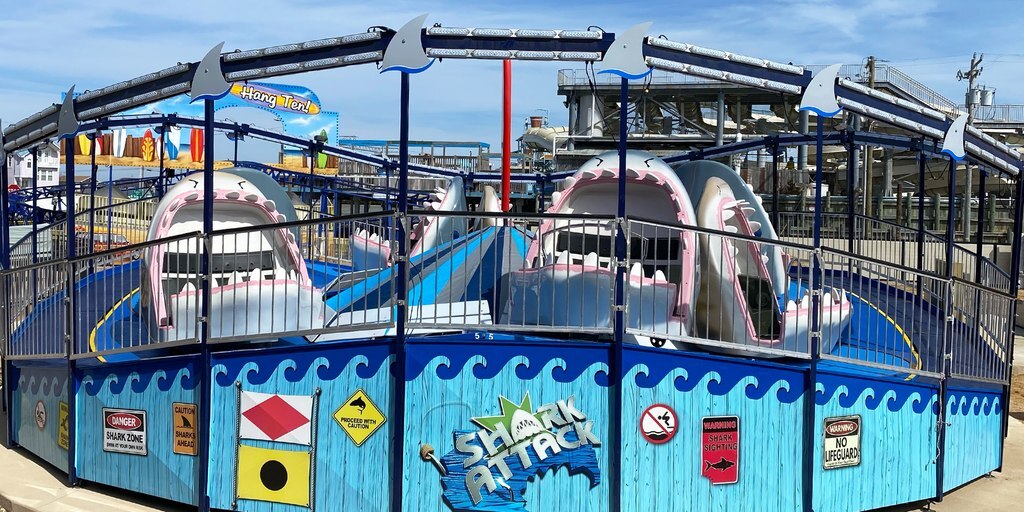 Basing the ride on its classic Tilt-A-Whirl, Larson International's Hunter Novotny reports that the company has one other such ride with a shark theme, a Tilt-A-Whirl on the West Coast. That ride, called Shark Frenzy, opened in 2017 on Santa Monica, CA's Pacific Pier.

Novotny is glad to have sharks circling on both the west and east coasts – just for fun. There were a few minor tweaks to the ride that alter it from Larson International's traditional Tilt-a-Whirl.

"The shark-themed ride is a little heavier and tends to spin faster, so we had to slow the ride speed slightly," he notes. There is also interior LED lighting to the ride installed within the fencing perimeter. And, instead of a star topping the fencing, as in a traditional Tilt, decorative shark fins are the thematic topper.

There's one more ocean-themed element as well: an additional graphic package around the ride skirting, which was created by the park, but installed by Larson.

The ride cost is 6 tokens per rider.  Tokens were offered at a bargain rate in a pre-season sale which just ended in April. Ride tokens are normally priced at $1 each, but from April 15-26, were available as low as $0.44 depending on the package purchased by guests. An all-new VIP Pass continues to offer perks: the pass allows unlimited access for the entire park season, five free family and friend passes for rides, plus $50 toward arcades and games. The offer is only available online. 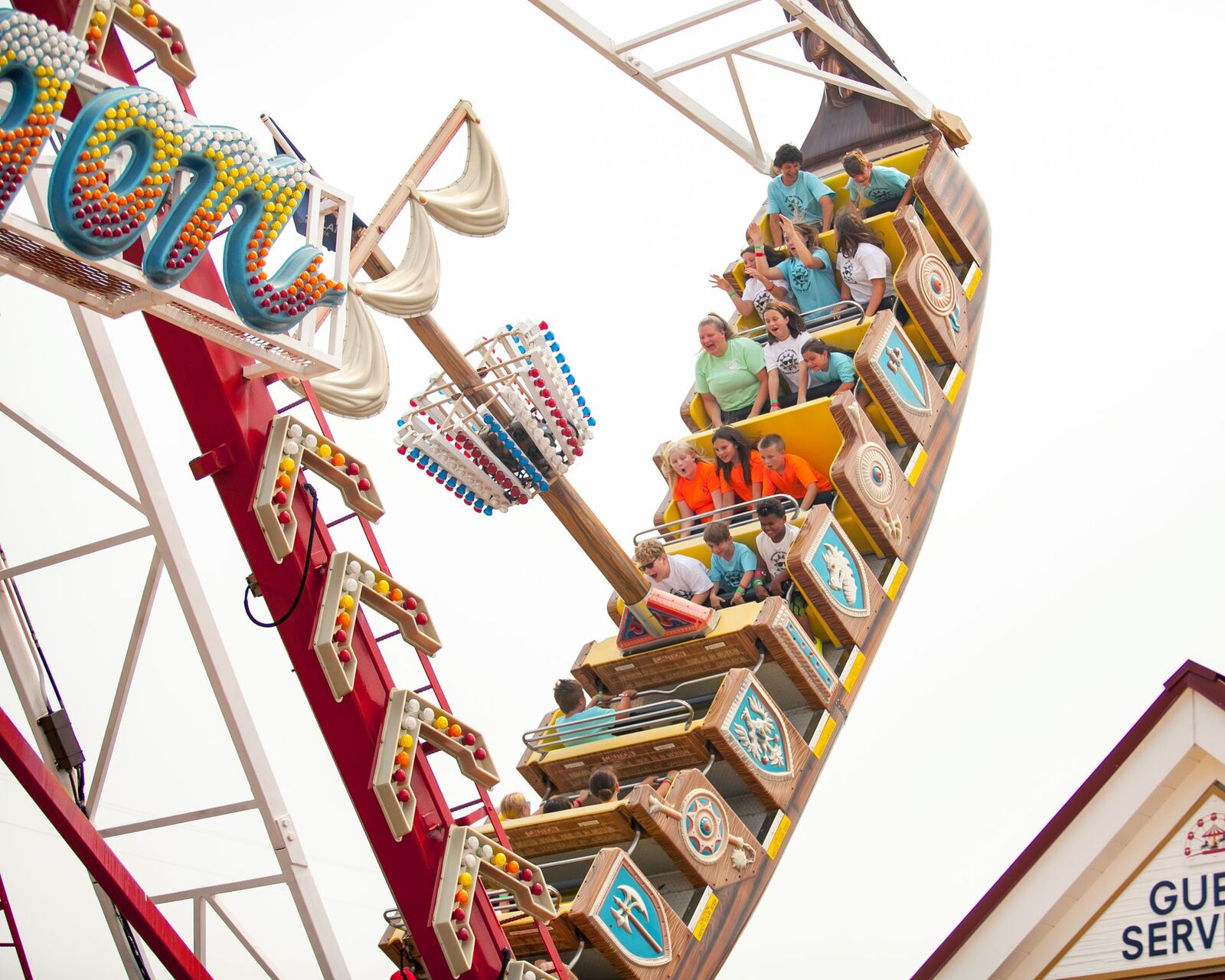 Along with the new Shark Attack, Wainwright also replaced an aging Zamperla kiddie swing ride with a new kiddie swing from SBF/Visa. Flying Chairs is themed as Summertime Swings.

Other recent changes include the new Atlantic Scrambler ride, and an upgrade to the classic Himalaya, which is now known as Crab Race with another sea-centric theme with cars that look like racing crabs, scrambling for the finish line. Young riders can also enjoy a kiddie Ferris Wheel that features sea creatures. These upgrades were made in the last year.

This year, there was an update to the games that Fantasy Island offers, too. According to Wainwright, "We took out our older water game and we have replaced it with a brand new, stand-alone water race game by Bob's Space Racers."

The indoor game arcade has also seen upgrades, including new carpet, paint, and attractive lighting in the last year.

There have been plenty of behind-the-scenes upgrades as well for the seaside theme park, which is 35 years old this year, although only purchased by Wainwright five years ago. New electrical work on back panels is also being completed in time for the park's summer season.

With the majority of pandemic challenges for outdoor parks finally fading, Wainwright is looking forward to the 2022 season, which began mid-May. The park has free admission and has found improved attendance with the regular addition of new attractions and special events.

All in all, Fantasy Island holds 17 amusement rides, over a dozen boardwalk games, an expansive arcade, classic carousel, and for food choices, there's the Shark Bites Grille and the Surfside Snack Shack. The park's ice cream parlor, which experienced a fire in 2019, reopened as Scoop's Up, serving ice cream and funnel cakes in 2021. 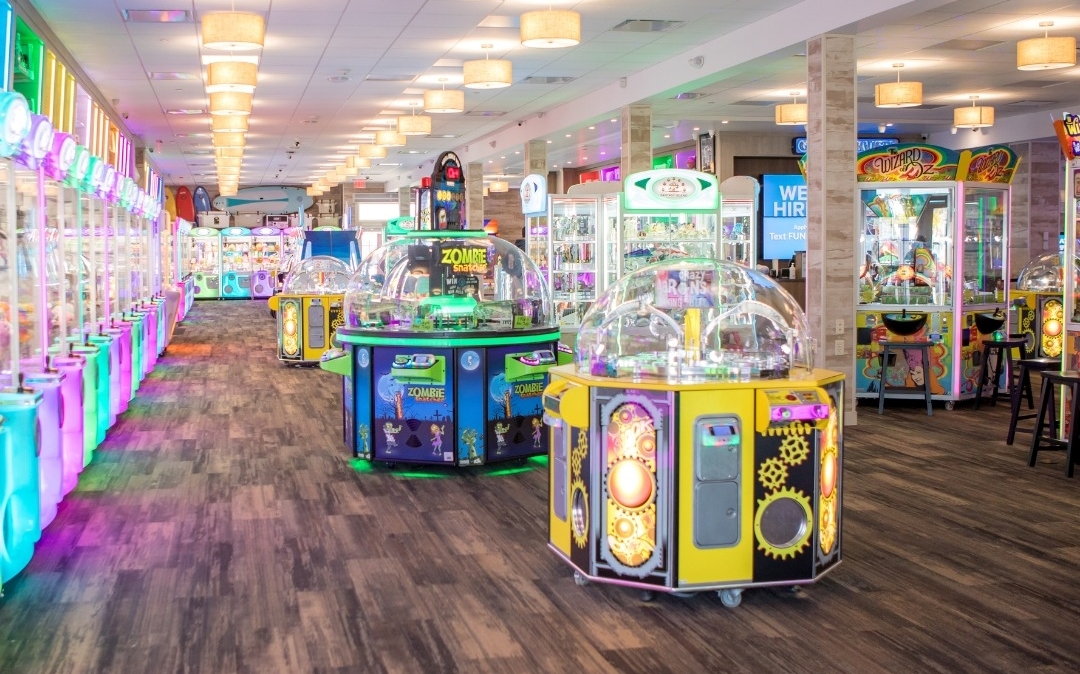 Fantasy Island is the only amusement park on Long Beach Island. 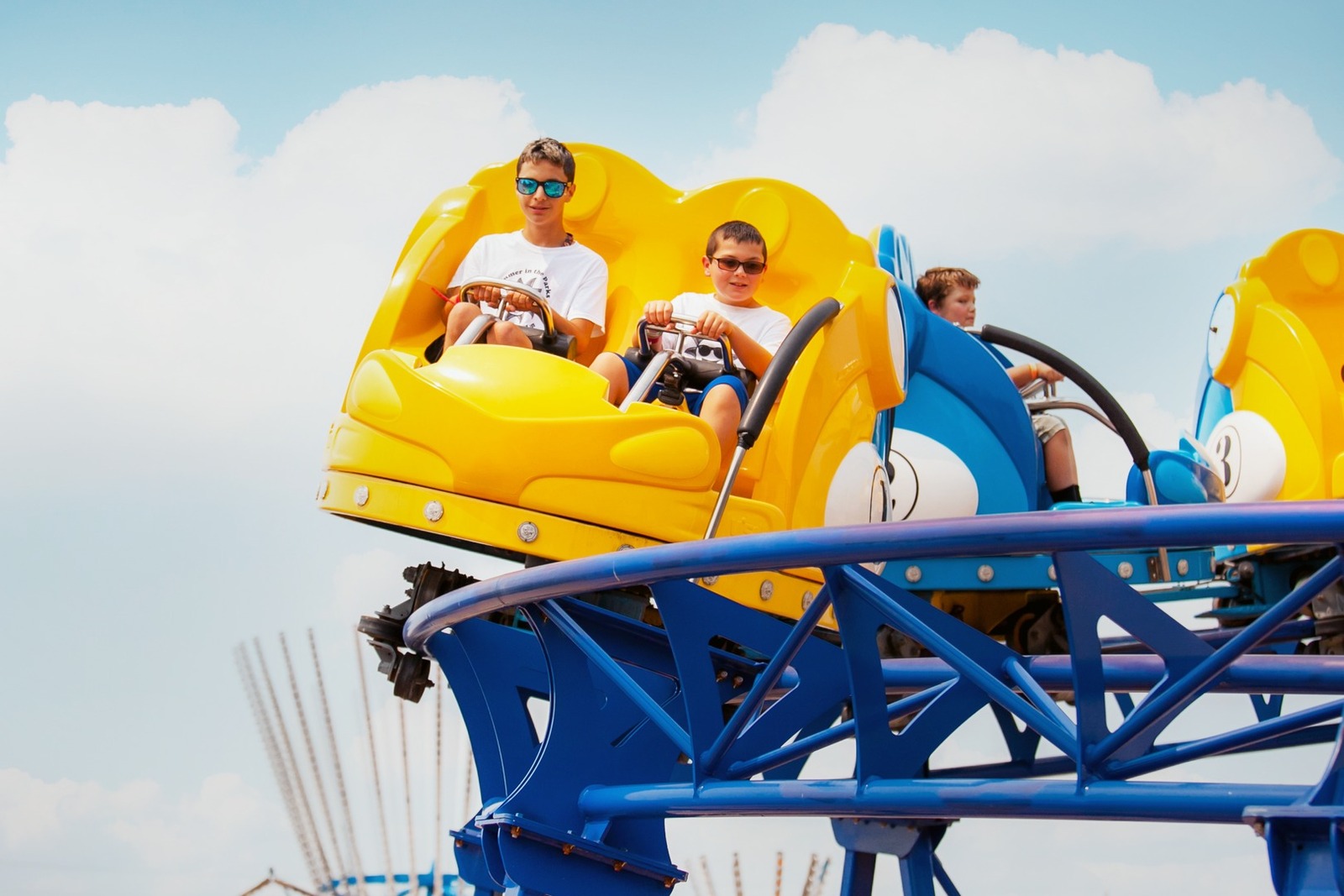 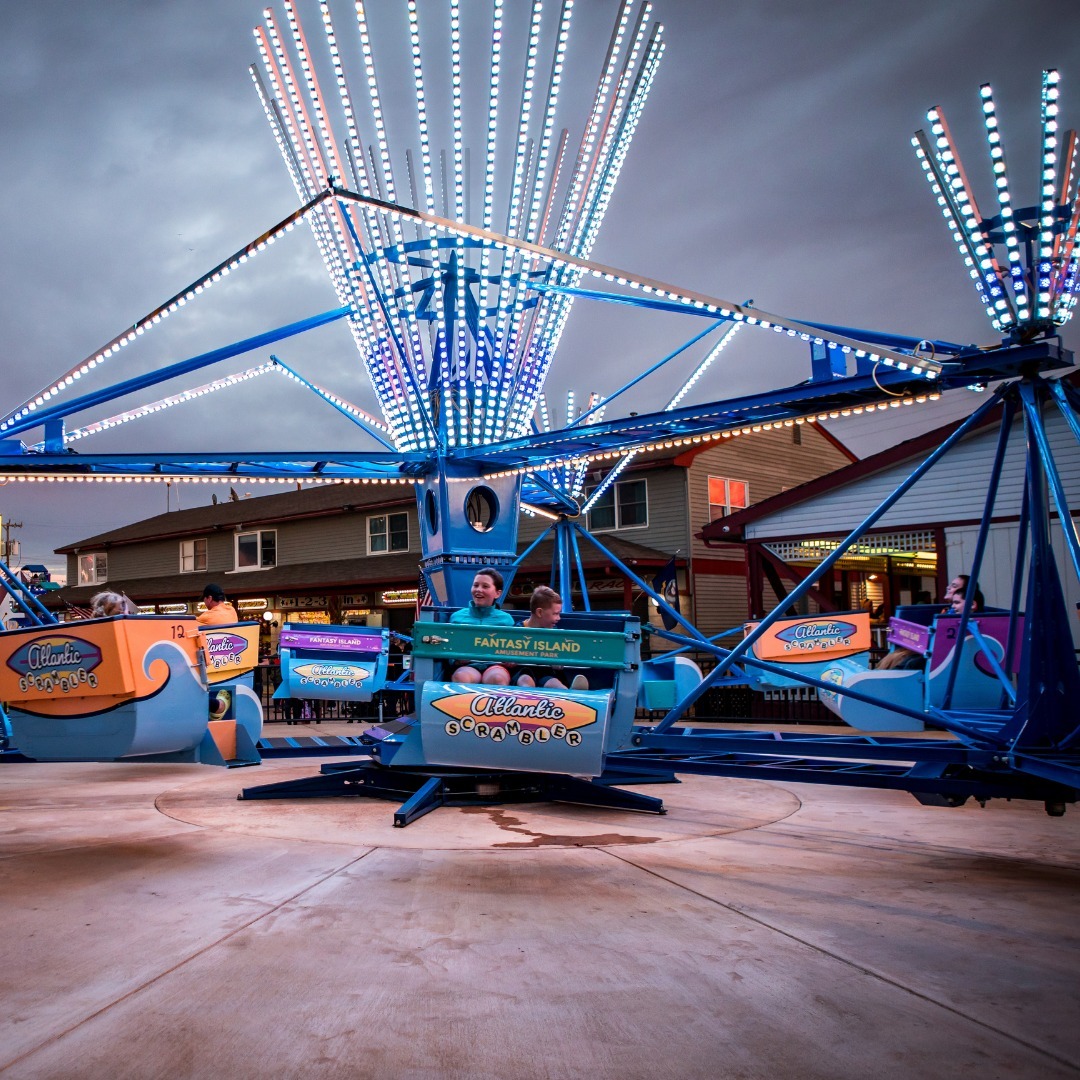 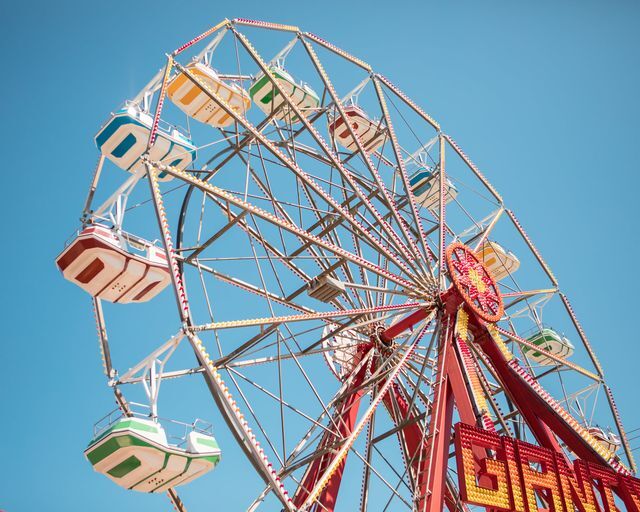 A Kiddie Swing from SBF/VISA/Rides 4-U was one of the new attractions added to the park just in time for the 2022 season.