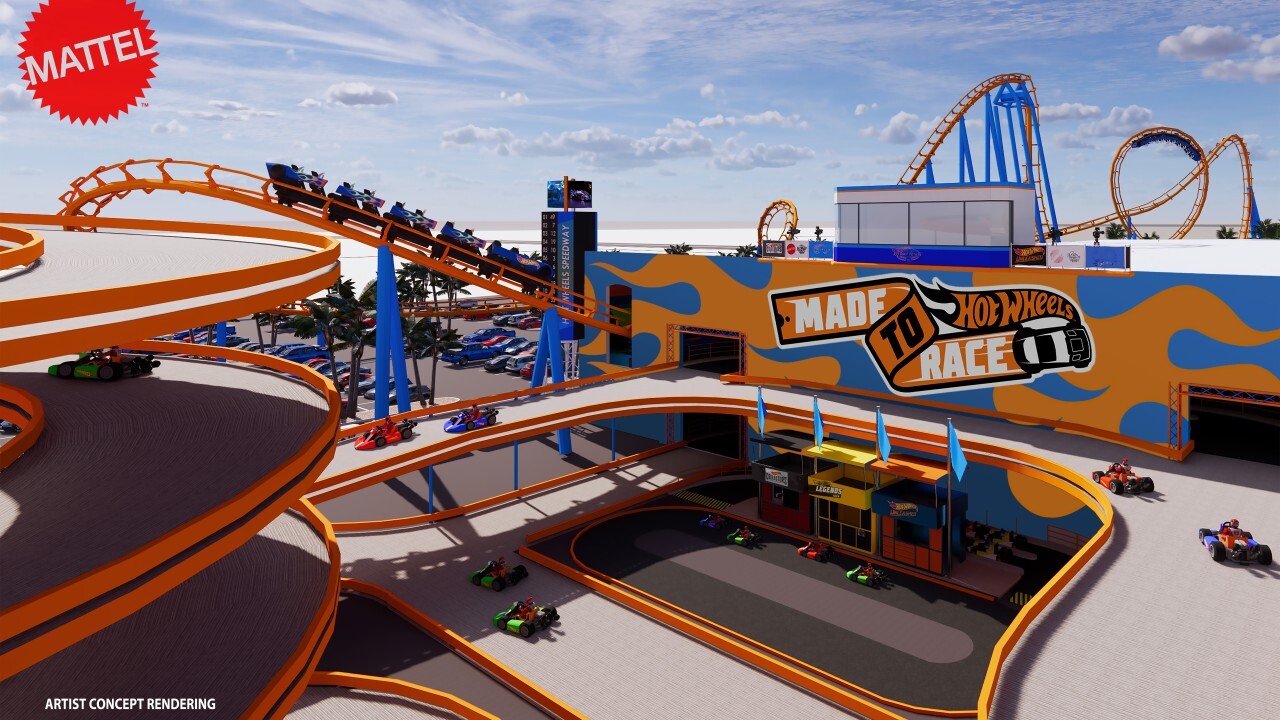 A new entertainment development in Glendale, Ariz., has just added an exciting major attraction: a Mattel-branded theme park featuring Hot Wheels and Thomas the Tank Engine brands. These attractions are planned to be a part of a large-scale waterpark and entertainment district complex, Crystal Lagoons Island Resort.

At a groundbreaking ceremony just last week for Crystal Lagoons, the Mattel Hot Wheels collaboration was revealed. The water park plans were announced last year, but Mattel's entrance into the arena with a Hot Wheels-themed roller coaster, go-karts and a Thomas and Friends-themed park zoomed in as a welcome surprise addition.

The park will include a large-scale, electric battery-operated Thomas the Tank Engine passenger train among its attractions.

The Mattel theme park will be developed along with the Crystal Lagoons Island Resort water park and it is the culmination of plans announced in 2019 to create real-life attractions focused on the brand at interactive entertainment centers.

Crystal Lagoons will encompass an 11-acre resort-style water park featuring paddleboards, boogie boards and scuba diving, as well as a large entertainment district with 600 hotel rooms, and  a variety of shopping choices and restaurants. There will also be a 4D theater and a flying-simulation theater designed after Disney California Adventure's popular Soarin' Around the World attraction. One of the dining options will be called Aerophile's Aerobar, which will serve up its food and beverages 130-feet above ground, attached in an innovative fashion to a giant balloon.

The Mattel Adventure Park will be part of the greater, 48-acre resort. Along with the life-size Thomas train, it will feature a Hot Wheels-themed looping roller coaster, and an indoor FEC as well as other Mattel toy-branded outdoor rides. Both the Thomas the Tank Engine train and the coaster will come from Chance Rides. There will also be a Hot Wheels racetrack with go-karts for all skill levels, and an interactive Hot Wheels AR-racing system for competitive speed-focused drivers. And plans are also in the works for an immersive themed dining experience linked to another, still unnamed, Mattel brand property.

According to Mark Cornell, president of attractions and entertainment for Crystal Lagoons, “Mattel shares our vision and sets the platinum standard for the concept of play. We are thrilled to create the country's first Mattel Adventure Park in Glendale.”

Julie Freeland, senior director, global location-based entertainment for Mattel says. “At Mattel, we are home to some of the most iconic, multi-generational franchises in the world. By partnering with Crystal Lagoons Island Resort, we will be offering new and immersive ways for families to experience classic brands.”

The city of Glendale is excited to see the addition of both Crystal Lagoons and the Mattel Adventure Park to their location. The resort projects 5 to 6,000-visitors daily, which will obviously stimulate the whole area's economy. Glendale mayor Jerry Weiers adds “That'll make this destination a must-stop for people just visiting Arizona, as well as a must-see for those who call Arizona home.”

Crystal Lagoons is currently experiencing a large expansion across Central Florida as well as creating this development in Arizona, adding approximately half a dozen new lagoons in the region. But the Arizona resort is taking center stage with its water features and the addition of Mattel. 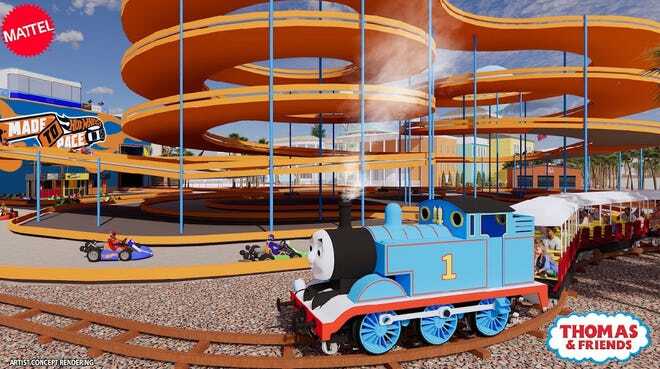 Working together with Crystal Lagoons will allow a new concept of play for the Mattel brand, which had been looking to license its intellectual properties for a decade.

And it may certainly not be the last: back in 2019, Mattel laid out plans for a global chain of family entertainment centers with many ideas resembling those proposed for the Arizona park. A Toronto-based project was put on hold due to the pandemic.

Meanwhile, in Florida, five Crystal Lagoons are in the works, with locations in The Villages, Orlando, Kissimmee, Seminole County, and Lake County. All will be public water destinations.

Crystal Lagoon spokesmen have not ruled out the possibility that some of the Central Florida lagoons will feature Mattel branded offerings. Some may feature the Crystal Lagoons Hot Reef heated water system providing comfortable lagoon enjoyment all year, as well as the possibility of a removable dome, also leading to year ‘round water fun. Should Mattel attractions be featured at Crystal Lagoon properties in Florida, it will mark the company's first real presence in the Florida area. At least the first three of the Central Florida lagoons are planned to open in 2023.

But for now, the focus for both companies is on The Crystal Lagoons Island Resort in Glendale, Arizona. The attractions there also have a planned opening of 2023 - just ahead of the city's hosting of the Super Bowl at nearby State Farm Stadium, 30 miles west of Phoenix.

Hot Wheels are truly zooming in to the Arizona theme park market. Start your engines.