Off to See the Wizard: Changes Coming to The Wizarding World of Harry Potter at Universal Orlando 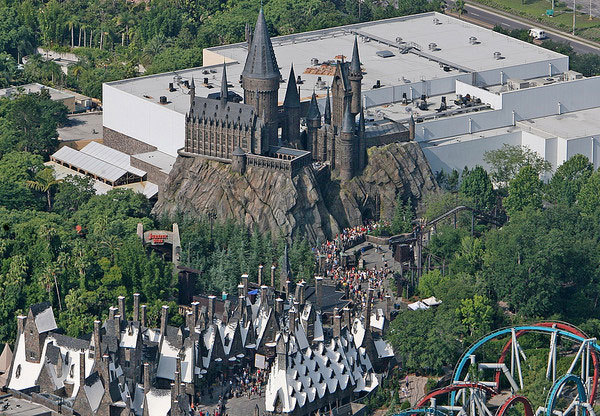 The world opened ten years ago and has grown in terms of its attractions, food offerings that go far beyond the well-known butterbeer beverage, and retail. In fact, with its shops themed to Harry Potter's universe, it is a retailtainment destination as well as a beloved theme park mega-attraction. Back in 2014, Diagon Alley was added to the park's Potter oasis. Diagon Alley was an expansion that cost almost $450 million, with a brick-wall entrance that offers shops such as Weasleys Wizard Wheezes, Olivanders Wand Shop, and food such as pub-style feasts at the Leaky Cauldron, and unusual ice cream flavors at Fortescue's.

And now, according to senior VP and chief creative officer Thierry Coup, the attraction will be expanding again. Just as the film and book franchise keeps growing, so does and will the park, he explains. Today there are the new Fantastic Beasts books and films, the two-part theatrical experience of Harry Potter and the Cursed Child, and the insatiable quest by Potter fans for more, more, and more. This includes an augmented reality mobile game released in 2019, and coming next year, a game called Hogwarts Legacy, described as the series' first open-world role-playing game based in the world of Harry Potter.

The Hagrid coaster opened in 2019 and saw guests so eager to ride, they  waited in line for hours and recreated the world of the Forbidden Forest in the theme park, something Coup had hoped to include. It also gives riders a very immersive experience, allowing them to either serve as driver or sidecar passenger. Drivers get the sensation of being in control and steering, as well as using the dashboard's Dragon Fire button.

Many of the Wizarding World attractions have proved memorable over the years, Coup said, and has seen guests responding with hugs and tears at having been able to experience the Harry Potter realm in real life. He says that even film cast members were moved by seeing the actualized version of the sets their characters inhabited.

As technology has grown so has Universal's ability to expand elements of the Wizarding World of Harry Potter.

Coup is proud of cutting no corners, the world includes animatronic goblins in Carkitt Market, interactive spell locations in Knockturn Alley, and dark-arts shop of Borgin and Burkes. Coup notes that “From the size of the shops to the signage to the entrances, everything was scaled appropriately to what people saw in the books and movies.”  Hagrid's Magical Creatures Motorbike Adventure, with its mix of real and animatronic elements added to the experience.

The ride had a $300-million price tag due mainly to the props and ambiance of the attraction. More than 1,200 trees were planted to make riders feel as if they were in a real forest. Of course, the ride has been another way for Universal to draw more visitors to its parks. Universal Studios Orlando and Islands of Adventure has increased from 12 million to 20 million guests since 2010, with revenue from all of Universal's theme parks increasing more than 50% over the last ten years.

Several Harry Potter rides have enhanced riders' perceptions of dark ride capabilities such as Harry Potter and the Escape from Gringotts, both an immersive dark ride and special effects coaster, relying on vehicles that are designed to stop and rotate for show scenes, both physical and 3D projection. As a finale: a major coaster launch. The ride leads guests through the Gringotts bank in an action set parallel to that taking place in the film Harry Potter and the Deathly Hallows: Part 2.

So what lies ahead? Coup merely hints at plans in recent interviews, but perhaps the long-speculated potential new ride based on the Ministry of Magic Floo network fireplaces will be among them, replete with animatronic characters casting spells.

The various permits Universal has applied for over the years are imagination-whetting but inconclusive, with other options including rumors based on Fantastic Beasts, and a mixture of indoor and outdoor attractions areas including street scenes. Mere muggles can only speculate.
Regardless of how patents, plans, and hints pan out, The Wizarding World of Harry Potter is growing, and no mere pandemic has put a damper on plans to expand the magical universe or the financial success and increased visitation it has brought to Universal theme parks, and specifically to the Universal Orlando Resort.