Palace Playland Hopes for a Rebound Year in 2021
The 104 year old park, which consists of over 30 amusement rides, concessions, and an arcade, operated on a limited basis in 2020 due to the pandemic.

Located 90 miles north of Boston in Old Orchard Beach, Maine, Palace Playland is a 108-year-old icon that has been in the Golder family since 1995. CEO Joel Golder, along with partner whom he bought out in 2004, purchased the park from the Osher family, it's previous long-term owners.

Joel, along with his son, park president Paul Golder, describe the park and how the classic seaside attraction weathered the COVID-19 pandemic in 2020. 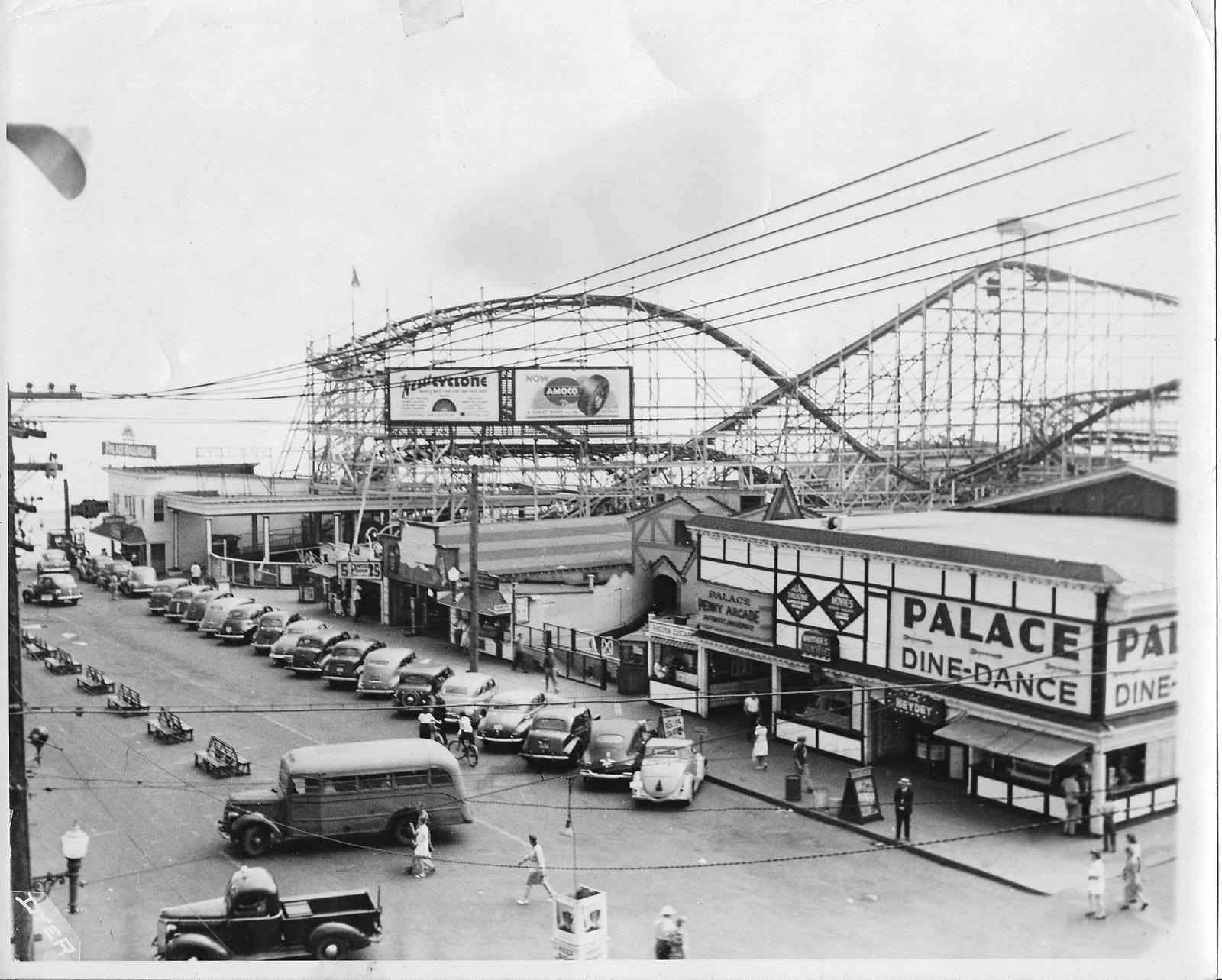 According to Paul Golder, “We are a traditional seaside amusement destination with 29 rides mixed between family, thrill and kiddie attractions, and we have a 300 piece arcade that is also part of the attraction.”  The park also has 20 plus midway games outside the park.  “There is no paid admission, people come in and walk around, and they can go on one ride, or get an all-day or season pass.  It is a very nostalgic kind of environment.  We typically get people who come back year after year, grandparents bring the grandkids,” he says.  “The park has been around since the early 1900s.”

Joel Golder says the pandemic was a time of fast adaptation and lowered business volume.  “We were okayed by the governor of Maine to open three days before the 4th of July, and initially, although we are a five-acre park right on the beach, we could only have 50 people per area of the park, which eventually transitioned to 100 per area.”

Explaining, Paul Golder notes “We had to designate separate areas of the park with a person sitting and counting how many people were coming in and out and enforcing face mask usage.  It was not really economically feasible.”

The park only operated 3 rides in July, adding a fourth in August.  “We had about ten midway games and the arcade open, as well.  The arcade is a large area, and we had 50 people in the front of the area and 50 in back.   It was challenging.”  He adds “At the beginning of the pandemic, they didn't require us to have masks outside, just inside, but we took the position to have them on the outside also, and made masks mandatory.”

To keep things safe as possible for guests, Paul says “We eliminated day passes and went to tickets-only.  Our whole ticket structure was different.”

Joel explains “We took an approach more like that of a restaurant, we had guests come in, do what they wanted to do and then move on to help the next guest.  That was the only way we could make it work.”

Paul is glad that the park coincidentally made a change at the end of 2019 to the arcade area that was a big help during the pandemic.  “We converted the arcade into a card system rather than a cash system.  That went along well with the pandemic restrictions in terms of touchless contact, because you just have to tap the machine.  We used that for both the arcade and midway games.  It's proven be very user-friendly, people didn't have to handle cash.” 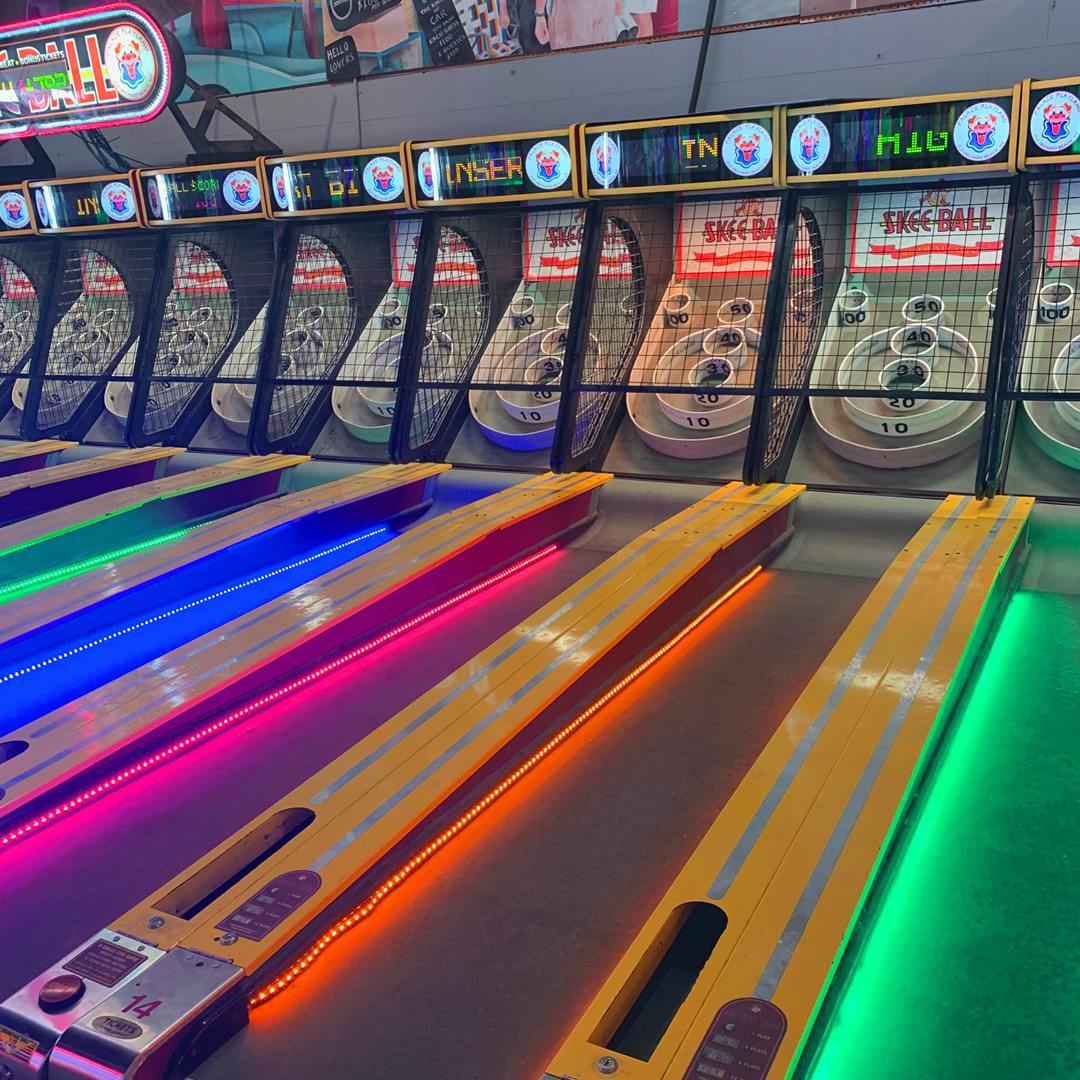 The Golders had planned to implement a card system for rides as well, but as Paul says “The season was so upside down with the pandemic, we didn't really have a good chance to show people how well they do.  Hopefully we can in 2021.”

In the past several years, Palace Playland has added a marquee roller coaster, the Sea Viper, as well as a smaller family coaster, which are among the park's most popular attractions.  Other popular rides are the log flume and bumper cars. “We have an exceptionally large bumper car ride that is 60 x 90 feet and has 30 cars.  That's pretty big.” 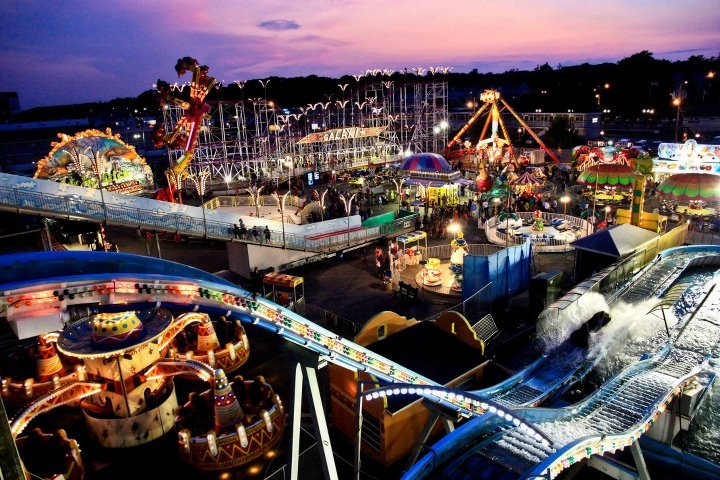 In most years, the park also offers another big draw: fireworks every Thursday and on the 4th of July.  Unfortunately, fireworks had to be set aside during 2020 to maintain social distancing.

Tasty food treats are also a draw, and the park has an eclectic mix: lobster rolls and fried clams are the most popular foods, but with 16 different tenants offering food and retail, the park has everything from ice cream and candy apples to Chinese and Mexican food, hot dogs, hamburgers, and fried dough.  Park guests have a big selection.

Attendees come from diverse location throughout the I-495 corridor on the east coast, as well as from the Boston area, New York, and Connecticut. Toward the end of July and August, most years they also see an influx of Canadian visitors.  This year there were far fewer travelers, and the border was closed.

The park normally has a short operating season, but not as brief as it had this year. “We usually open during the April school break for the arcade,” Paul says, “We keep it open weekends until the second week in June when it becomes open daily.. We open the rides Memorial Day Weekend and other weekends until the third week in June, and operate daily until Labor Day.  The arcade stays open until Columbus Day weekend,” Paul states.

The park operates for just 89 days, Joel attests.  “The operating season length is due partly to the weather, and the crowd we draw from primarily are people on vacation.  Once school starts back up, attractions like ours don't see that many people.  Most people are coming from four to six hours away.” 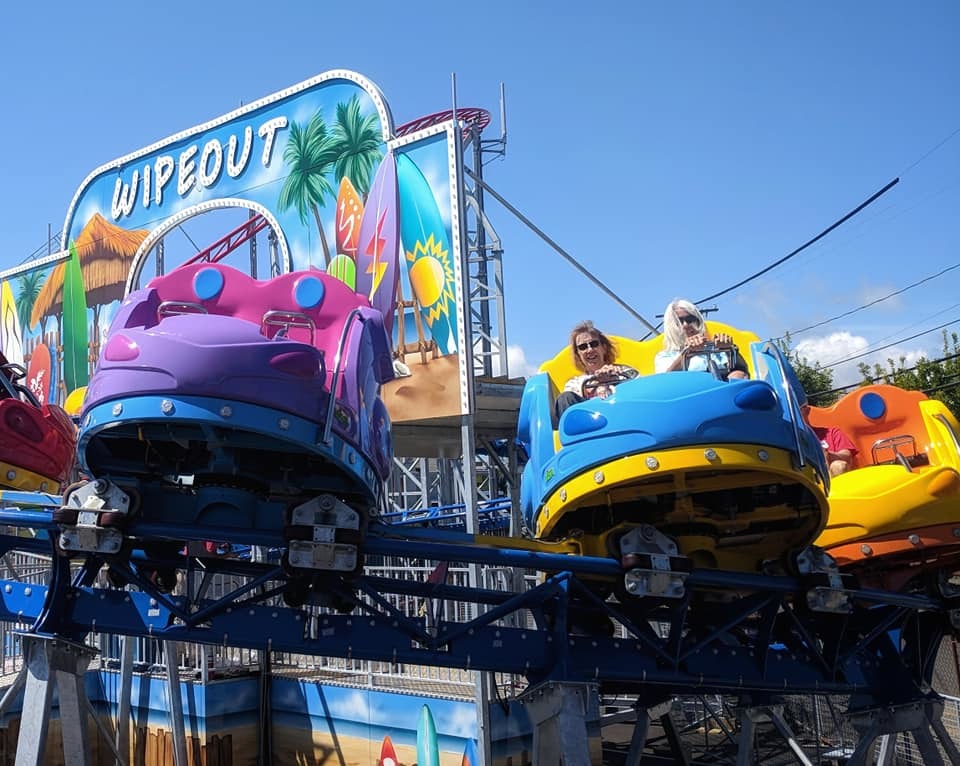 Despite the short operating season, he says that the location and attraction itself is virtually “recession proof.  We do not feel it if the economy is bad usually.  This year was different.”

While they pair are always looking for new rides, with IAAPA not running this year and the Las Vegas arcade show postponed until June 2021, bringing in new attractions will have to wait for now.

They are patient; Joel, for one, has seen it all.  With a background in the carnival industry, he describes his work over the years as “doing pretty much everything on the road and in the park.  I'm from Boston originally, and I've run games, rides, arcades, and food.”

He came to Palace Playland as a ride owner, gradually adding more rides until by the time he had purchased the park, he'd owned half the rides there already.

Joel foresees a good future ahead for the park, once the pandemic is in the rear- view mirror. “What's really important is that so many people have been here. They talk about us favorably, we always get good press, and we offer a memorable experience. There are a lot of people who visit every year, they just keep coming. It's third and fourth generation coming to the park these days; we're very fortunate in that way.” 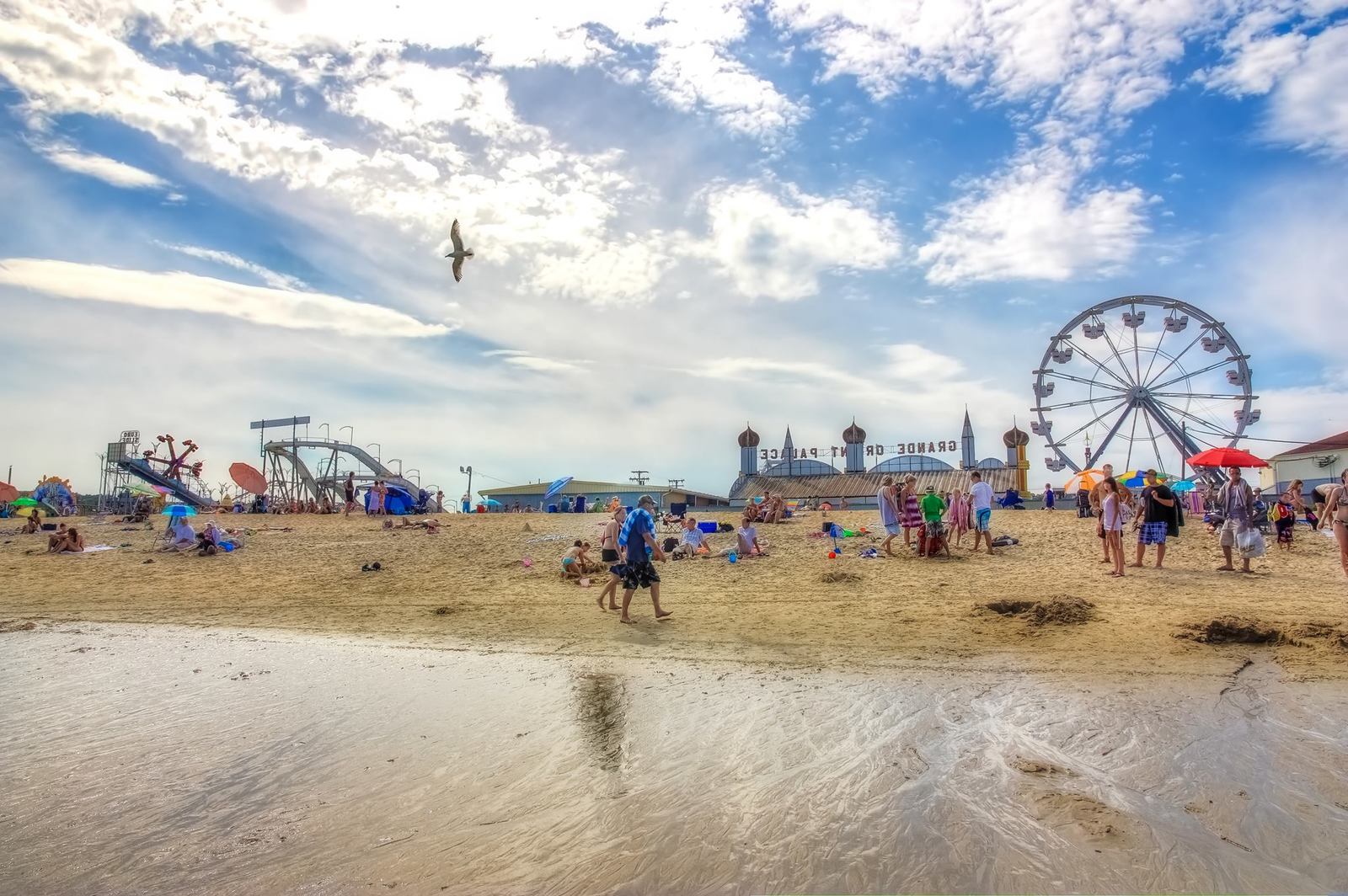 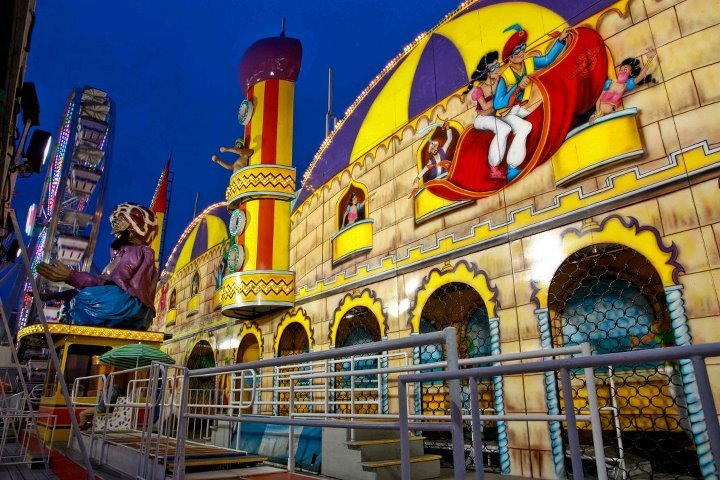 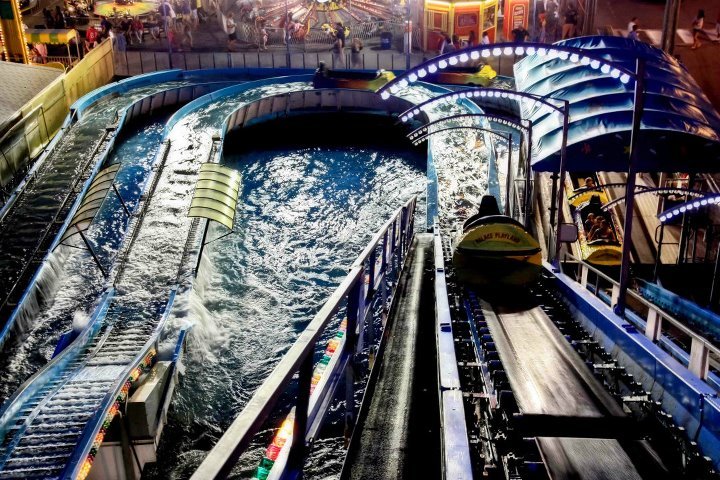 Palace Playland Hopes for a Rebound Year in 2021

The 104 year old park, which consists of over 30 amusement rides, concessions, and an arcade, operated on a limited basis in 2020 due to the pandemic.