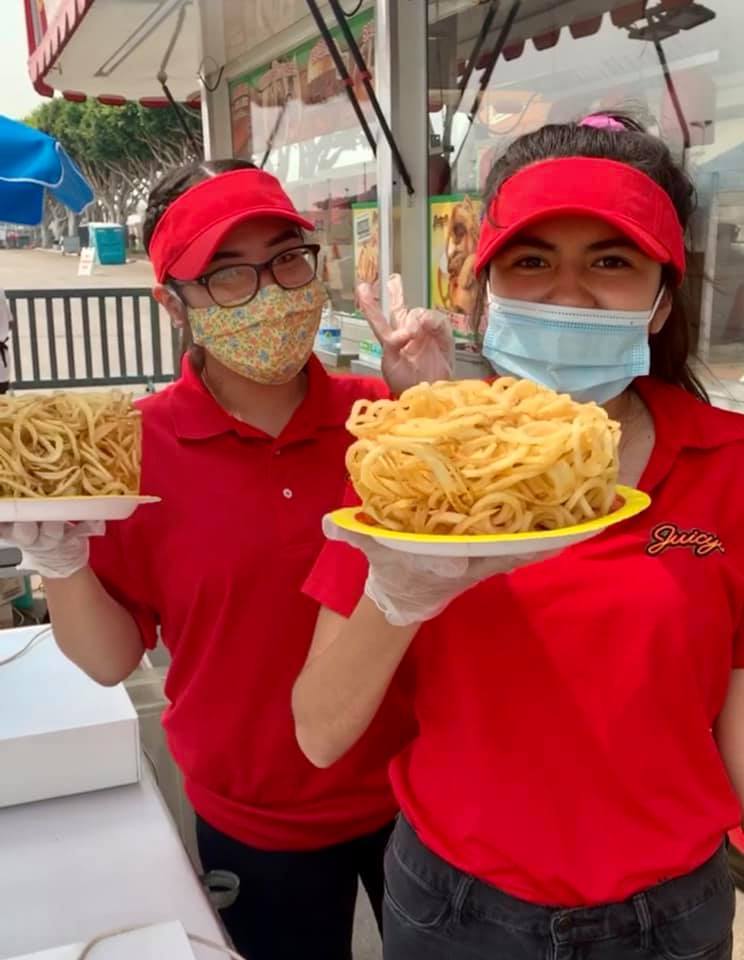 Not yet ready to reopen fairs and carnivals due to the pandemic, California is making do with some highly different experiences this year.

The Big Fresno Fair is one “big” example. The fair has reinvented itself as a drive-through attraction plus virtual experience. Running October 8th through 18th - taking Tuesday the 13th “off,” the drive-through edition will be located at the usual fairgrounds in Fresno. Details are being finalized, but the fair will include drive-through food with grounds entertainers performing while attendees wait in their cars; live horse racing without spectators, featuring online-wagering; a virtual livestock auction and judging days; a virtual competitive exhibit hall.

Fair deputy manager Lauri King says that the fair management has monitored the COVID-19 pandemic, and decided it was safest and best to “bring an aspect of this beloved tradition to our community in a healthy and safe manner …we have centered on the decision to move forward with plans for a drive-thru and virtual fair experience format…”

The Big Fresno Fair is both fun for the community and an opportunity to assist local businesses and food purveyors, King notes. Providing a hybrid model of both drive-through event and virtual experience, the October event expands on an earlier Food Fair that took place earlier in the year. The plan is to showcase an extensive selection of favorite fair foods and live entertainment for attendees driving their cars through the fairgrounds.

On the virtual side of things, attendees can participate online in the exhibits and Jr. Livestock Auction. Other elements may also be added, King attests. “While this year's fair experience will be nothing like years past, it will still be a fun, worthwhile experience that we hope will bring smiles to the faces of our community…”

Usually an average of around 600,000 attendees enjoy the Fresno area's largest annual event, which also ordinarily includes carnival rides and games. The fair was founded in 1884, and is held on the same 165-acre Central Valley fair grounds that it was located on since the beginning. It's the 4th largest fair in California, and the 2020 event will mark the fair's 137th year. Final details will be released on the fair's website.

Virtual fair-goers can use their Admission, Season Passes and Brew Fest tickets purchased for 2020 in 2021, or purchasers may request a refund via email.

While the Orange County Fair in Irvine, Calif. did not run this year, following a similar model and coming up for the Halloween season, guests to the fairgrounds can enjoy the Urban Legends Drive-Thru Haunt from their own cars, with live performers, show zones with special effects and costumed monsters, and a light show. That event will run from October 1st to November 1st of 2020. The attraction will run $49 per vehicle up to 5 guests per car; over 6 per car will be priced at $69.

At the Inter-Mountain Fair in McArthur, Calif., planned for Labor Day weekend, the theme of “Red, White, and Blue and Corn Dogs, Too!” will have to wait a year. According to fair assistant manager Heidi Bass “We are just holding the livestock show this year, because that was all we could get through county approval. We are running it live, with animal grading. The kids can show their animals, and we can have a sale.” That part of the fair will take place on the grounds.

The California State Fair, normally held in Sacramento,  went entirely virtual for 2020. Virtual attendees went on wine, olive oil, cheese, and brewery tours, and watched musical performers via Twitch. The virtual event was held July 14-August 14. Margaret Mohr, the California State Fair Deputy General Manager said “We believe that it is our responsibility to give the members of our community a platform to come together in a way that brings the fun and excitement of the State Fair to the safety of our homes.” The fair's virtual attendees could also groove to a silent disco event offered at home.

Other activities included a Twitch Channel hangout for attendees to chat and discuss favorite fair memories; a carnival game based on Sleep Number beds; the Forest Center Trees Gallery; and a Cat and Dog Look-a-Like photo contest. There was also Satellite Wagering on live feeds of horse races, which were run without spectators. And last but not least, there was a free, downloadable fair poster. A collectible poster is an annual tradition at the fair.

The Trees Gallery did its best to recreate the annual experience that fairgoers usually share of taking a stroll in the woods and one-acre forest area designed to entertain fairgoers and present the benefits of forests and trees. Fairgoers are also able to pick up tree seedlings. But this year, the experience was found in photographic images.

The Sleep Number Carnival Game allowed virtual contestants to knock over ducks to win a prize. The grand prize was a $2800 Smart Bed; five other winners received prizes that included a pillow, blue light blocking glasses, a weighted shoulder wrap, and a travel pillow.

The Silent Disco featured a DJ battle between the same three DJs performing at the 2019 Fair, using an interactive site. Music ranged from Top 40 to EDM, Throwbacks, and Hip Hop. Attendees received an email with a login link for red, greed, and blue windows each featuring different DJs spinning. Guests could tap on each window to listen and watch; the virtual windows indicated the percentage of people watching the event, allowing participants to know how popular each room was. Use of the “like” icon accrued points for the DJs.

A Fair Food to Go Event was put on hold due to the state's revised pandemic guidelines.

According to Mohr, in 2021, she's hoping for a real-life experience. “We definitely hope that we will be able to invite the community again to the California State Fair next year.” 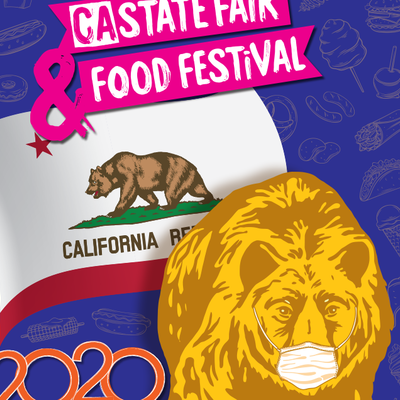 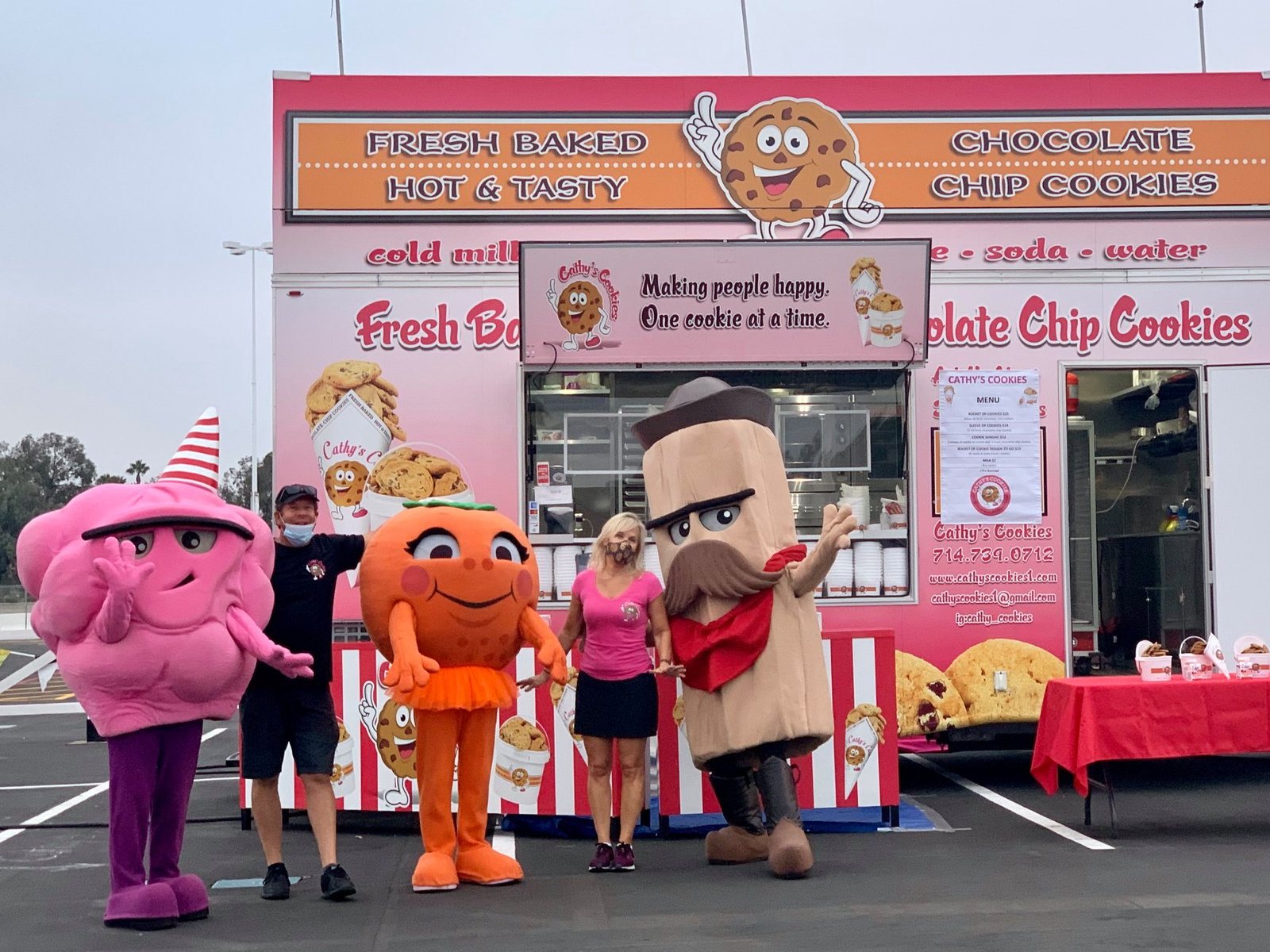