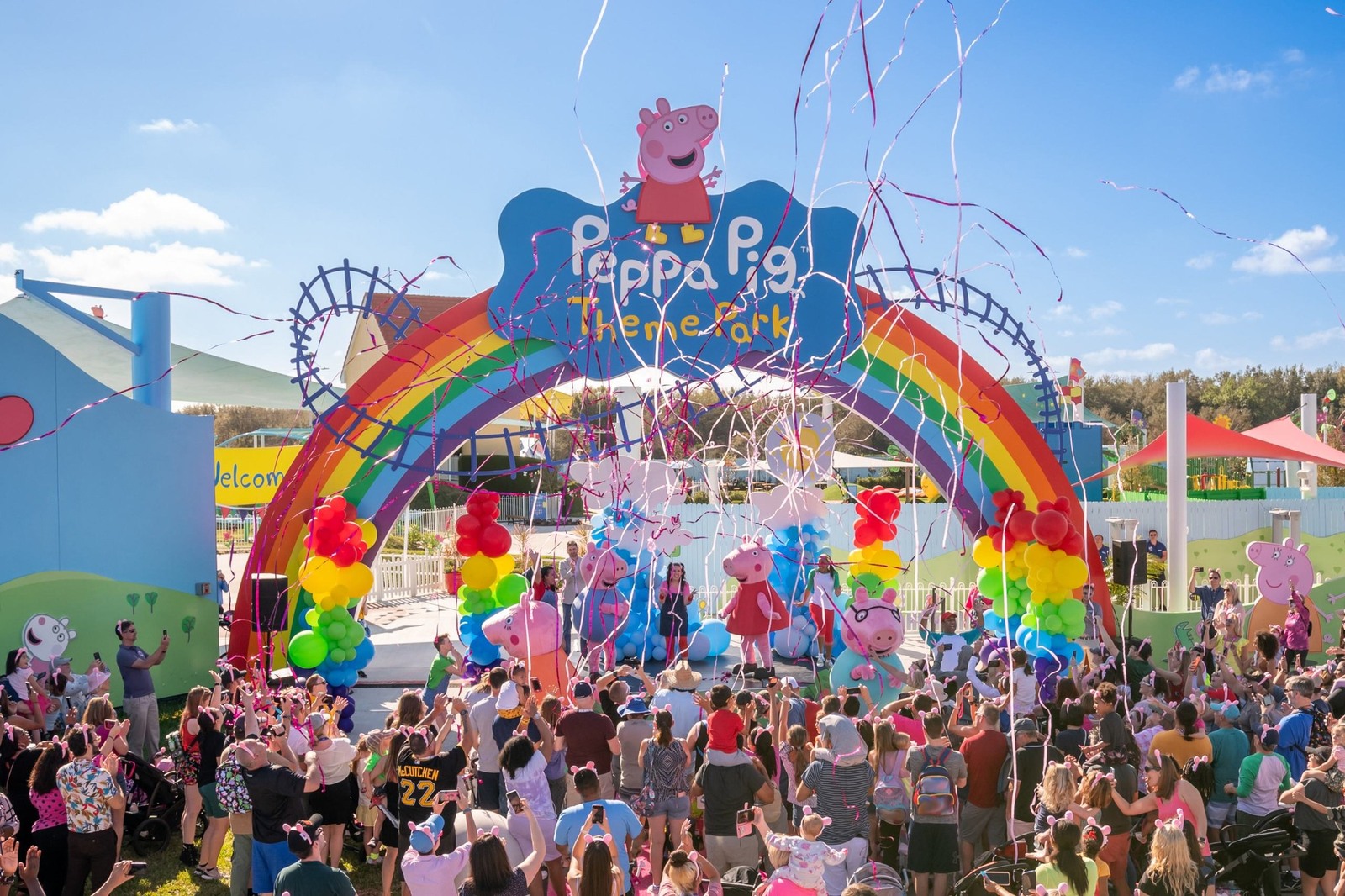 A big oink is in order for the opening of the Peppa Pig Theme Park in Florida, the much-talked about tot-oriented park adjoining Orlando's Legoland

A mix of gentle interactive rides, themed play areas and water play areas, the park's president and managing director Rex Jackson describes the park as “crafted with preschoolers in mind.” The theme park's experience includes, along with its rides, a signature performance show.

Along with a design appealing to toddlers, the theme park is also a Certified Autism Center (CAC), and, in addition, features accessible ride vehicles and attractions. The International Board of Credentialing and Continuing Education Standards certified the park. To receive the accreditation, the park held staff-wide autism sensitivity and awareness training.

Staff members at the park have been trained to understand the special needs and work with children and families who require special attention.  And the fact that often children with autism frequently are sensitive to loud noise and bright light has not been overlooked in the park's planning. The mission was to make those children and families more comfortable and less likely to be overwhelmed. The park's marketing and communications head Kelly Hornick states that “We have made a commitment that 80 percent or more of our staff will be highly-trained to handle families that have special needs or need special care throughout the park.”

Along with trained staff, the Peppa Pig Theme Park has also developed a sensitivity guide for the rides that allows families the knowledge needed to decide whether a ride is a go or a pass for their children. The guide explains the experience available on each ride, which Hornick says “puts planning tools in the hands of parents and family members and identifies those senses across each attraction to say, ‘On this ride, you'll experience this.'” That guide is available both on-site and online for advance planning. 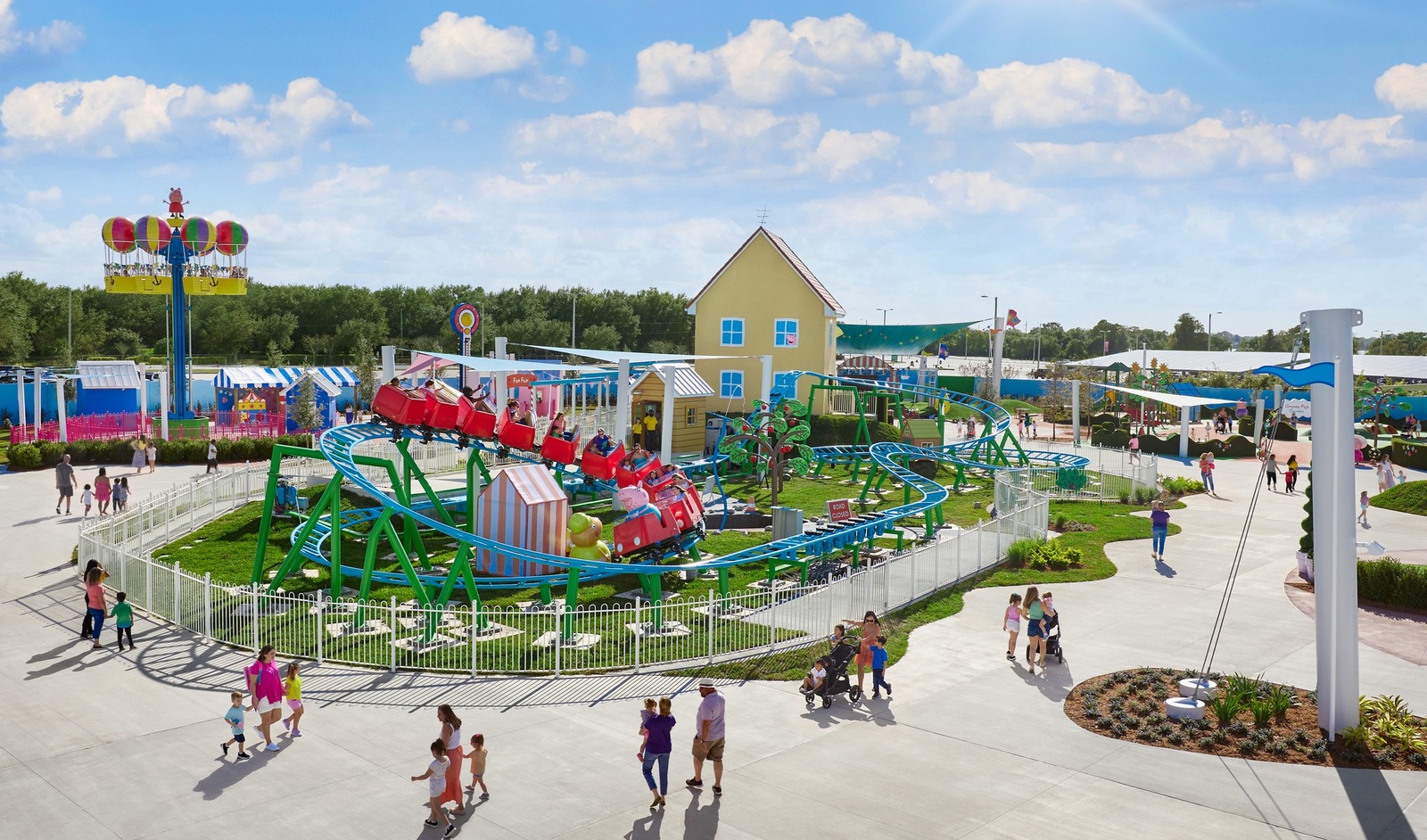 The coaster is a signature attraction. Daddy Pig's Roller Coaster features a red car familiar as that driven by Peppa's father in the television program. Jackson describes the coaster as being different from that found at other parks. “It's been designed to be a child's first roller coaster experience, but what we did do is give it a heavy layer of theming with Daddy Pig and a character and storyline they know from the Peppa Pig show.” Height minimum for the coaster is 36-inches; guests under 42 inches in height must be accompanied by a person age-14 or older. Riders travel 16 mph reaching up to 14-feet in the air.

Hornick describes the park as “the first preschooler theme park in Florida. When you look at what a great park Legoland Florida has become and what Legoland water park has become, we have really nailed that two-to-12-year-old demographic…we saw a big opportunity to get some younger ones in and get them really excited about being able to do a multi-day destination.” 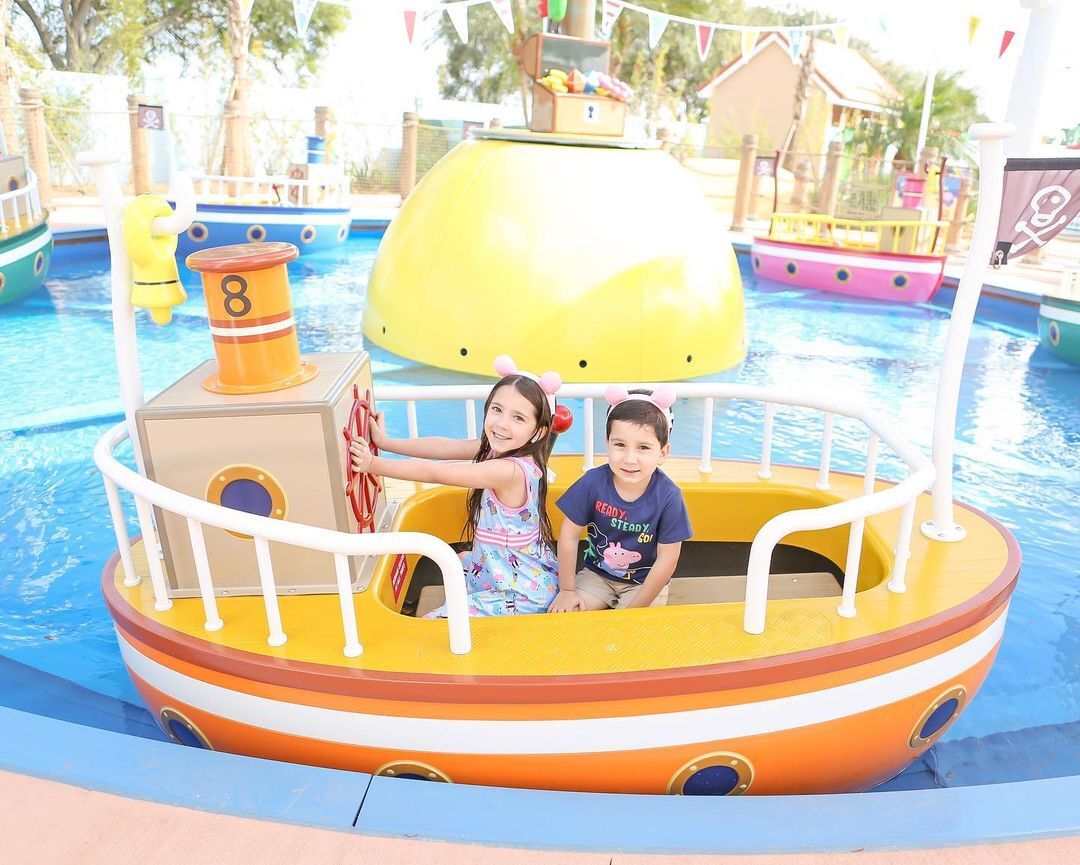 Among the accessible ride vehicles are those for Peppa Pig's Balloon Ride, which are designed to allow children who use wheelchairs to access the ride easily without getting out of the chairs. According to Hornick, “To be able to fit that child within a wheelchair on the ride and still have enough room for an adult companion or parent to ride alongside” was the goal. The Muddy Puddles Splash Pad is also wheelchair accessible.

The extreme popularity of the Peppa the Pig video programs was behind Legoland's push to include this separate theme park under its umbrella. “When we made announcements for the theme park, the response from families with preschool kids has been overwhelmingly positive,” Hornick says, citing the popularity of the character, which originated in the U.K. but has a substantial following in the U.S. and worldwide. A second Peppa theme park will be in China, and open in 2024. 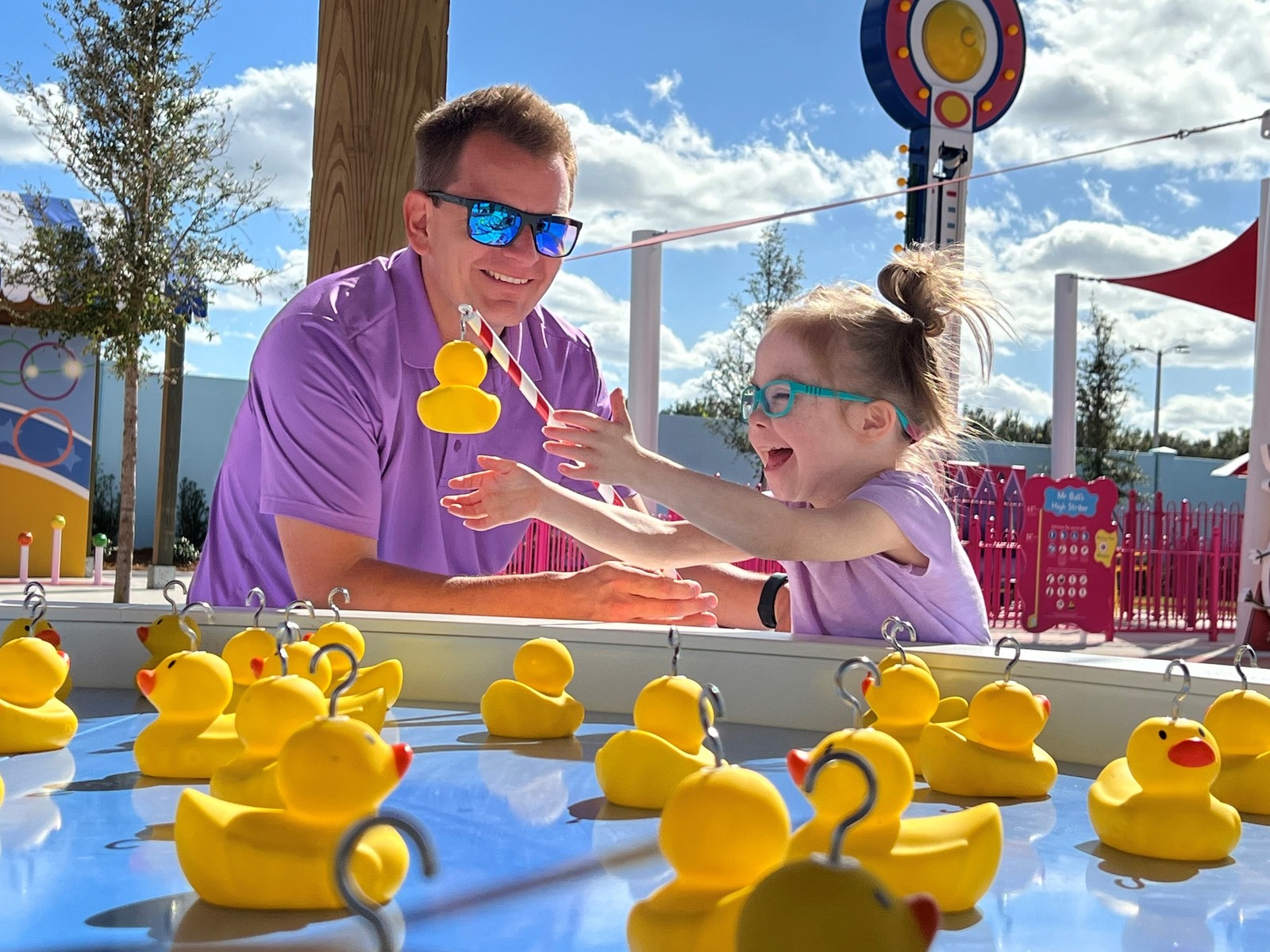 Every park ride is designed at kiddie-size with just enough room for older siblings and relatives to ride them alongside the preschool set. Hornick describes a day at the park as being “the ultimate day out for preschoolers.”

Peppa spans five acres and has a total of six themed rides, along with six separate play areas. The park's head of design and construction, Keith Carr, describes the park's layout as also including “slides and pop-jets for the kids to run around and get wet.”

Cost of single-day admission is $30.99 per person for advance tickets, and $34.99 if tickets are purchased at the gate. Visitors can also choose to combine admission with Legoland for a two-day park pass for both parks, with online pricing at $134.99 for advance purchase. Annual pass options are also available. 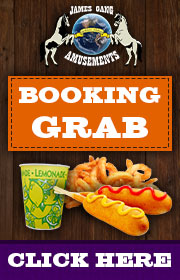