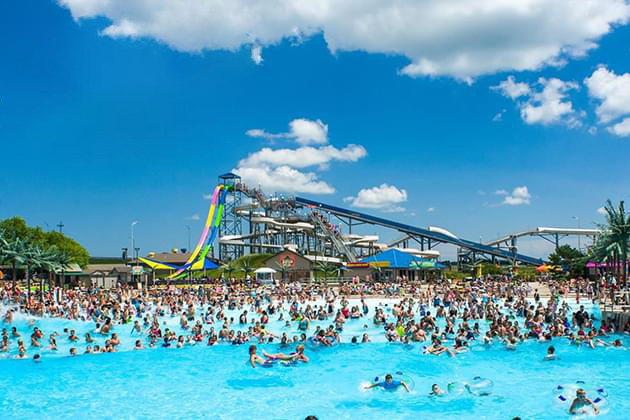 It's not magic, but it is a new era for Magic Waters, which is now managed by Six Flags under the moniker Six Flags Magic Waters. The 35-year-old waterpark changed names April 1st, after the previous owner, the Rockford Park District, agreed to lease the park for an initial ten-year period.  Magic Waters is located in Rockford, Illinois, about 70 miles west of Chicago.

According to Six Flags Great American Park president Charles Hank Salemi, operational changes will be first and foremost. “We do all of our food service in-house, so that's going to be a big change. But, the biggest change you're going to see is those passes that have only been good at Magic Waters will be good for every park in the Six Flags system.”

The multi-park admission is a good deal for Magic Waters pass holders.

Plans for park expansion or new attractions are not in the works for now – if they happen, infrastructure changes would not take place until 2020 and beyond.

Six Flags Magic Waters will employ eight full-time workers and some 200 part-time employees, which translates into 50 more people than were on staff through the park district in 2018. The company will continue to hire local area teens to work at Magic Waters. Many area residents found their first job because of the park district and Magic Waters; the difference now: they'll be working for Six Flags.

Opening day was a weather-dampened Saturday, May 25th, but rain couldn't quell enthusiasm by attendees at the park, although it did dampen attendance figures somewhat.

Park district executive director Jay Sandine asserts “Having Six Flags come here to town and taking over this asset and putting much needed capital money and much needed marketing dollars that the park district doesn't have is just huge.” He predicts that the takeover is about more than just preserving the park, he feels Six Flags will take the park far higher than through the district's management.

The park district acquired Magic Waters in 1988, but operation has become a financial drain recently due to both maintenance needs and a decline in attendance.

The lease allows Six Flags to pay the park district $425,000 annually for 10 years, with options for an extension. Not only will the name bring cachet and heightened operational capabilities, it will prevent the district from having to take out additional bonds or loans as in the past, simply to keep the attraction up to date. Sandine notes “The revenue from the park helps to offset that bond payment. We pay just under $600,000 a year for those mortgage payments. There's about 17 more years to go on those payments, so what we get from Six Flags will help offset that.”

Six Flags is the largest amusement park company in the world in terms of  number of properties that it owns and attendance numbers.

“We really think that we are going to bring our brand of innovation, our brand of thrills, our brand of operation to this park that's been run so well,” Salemi asserts, adding that he's confident the company can take the park “to the next level.”

From experience, to access to capital to add and expand, as well as maintain, Six Flags should be poised to dramatically improve the attraction and keep it running smoothly. For Rockford Park District, passing the 43-acre waterpark under the Six Flags umbrella is a win/win. The district can now focus on neighborhood parks and remove the burden of waterpark maintenance and the drain on district resources.

Salemi is enthusiastic about Magic Waters inclusion in the Six Flags family. “This is a fantastic property that complements our theme and waterpark in Gurnee, and provides tremendous added value for our Season Passholders and Members. We look forward to sharing the thrill of Six Flags with guests of all ages in this important market.”
Sandine agrees, saying that the lease agreement creates “a strong culture of collaboration” between the park district and the private sector.

“Partnering with Six Flags means great things for our community and will enhance the experience for local families looking for affordable family fun,” he states. Sandine is enthusiastic that having the Six Flags brand in the area will result in a significant increase in tourism, as well as major, positive economic impact for our community. With significant marketing dollars behind it, Six Flags should bring more visitors to the waterpark and the region.

“Six Flags will continue to make capital investments in the waterpark,” Sandine added, “which frees up District resources to invest in our communities' priorities such as parks, playgrounds, and youth.” 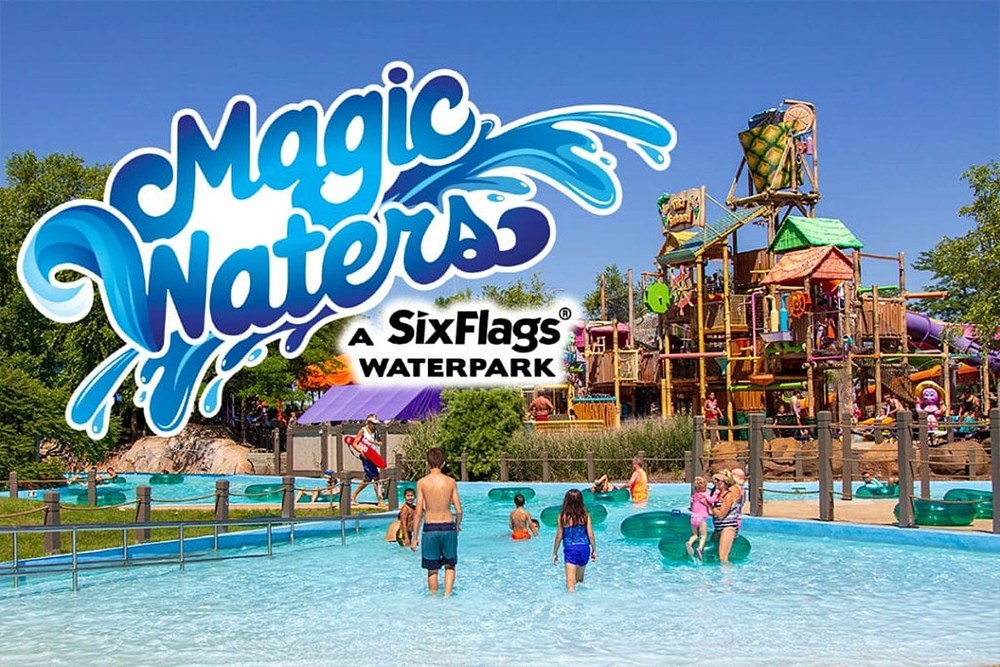